Leafhoppers are small insects, so small you may not have noticed them, but extremely common. They have what are called piercing-sucking mouthparts and make their living by sucking sap from plants. Other small insects like aphids and scale insects have the same method of obtaining nourishment, as do cicadas, stinkbugs and many other insects.

Also called treehopppers, planthoppers and just hoppers, leafhoppers have hind legs that are modified to allow them to hop fairly long distances. And thus they can escape predators.

Many leafhoppers are colorful, others are spectacularly grotesque and some, especially tropical species, are both colorful and grotesque.

Like most insects leafhoppers begin as an egg, in this case laid in a plant’s stem or leaf. The eggs hatch and a nymph emerges; many of those nymphs are nondescript light green creatures – 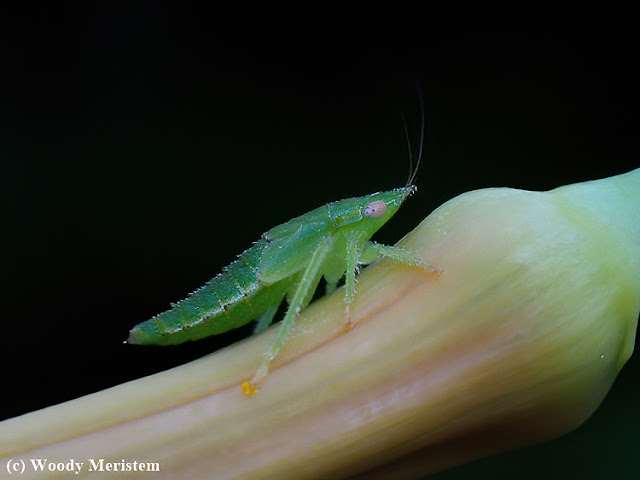 Which become mature adults after going through five molts.

Here are a few I’ve found in northcentral Pennsylvania, beginning with a species that’s both common and colorful, the red-banded leafhopper – 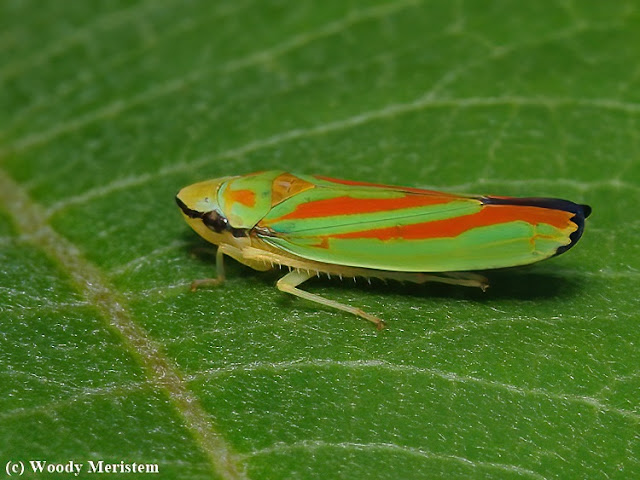 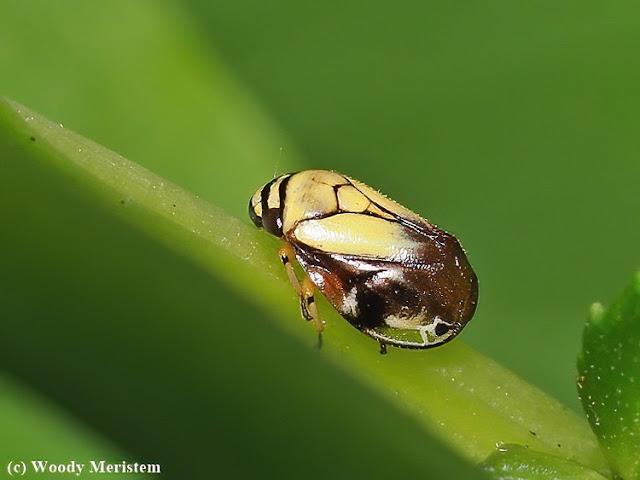 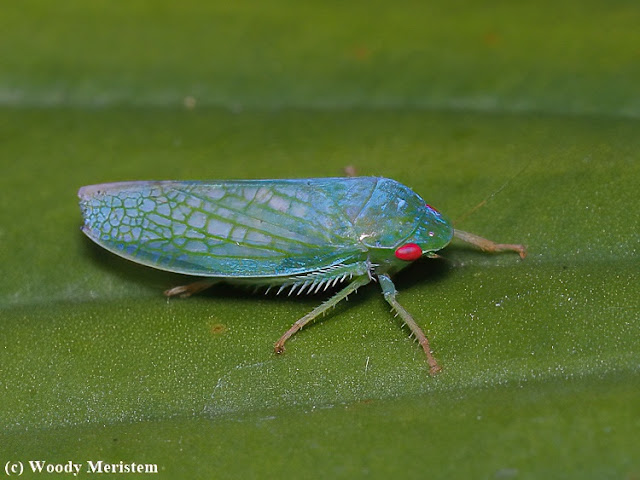 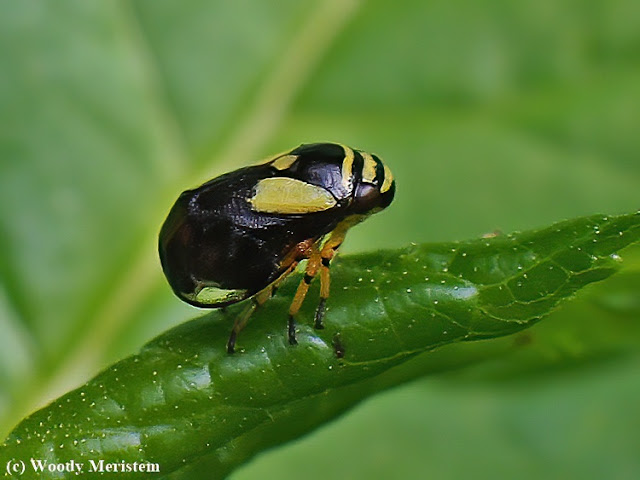 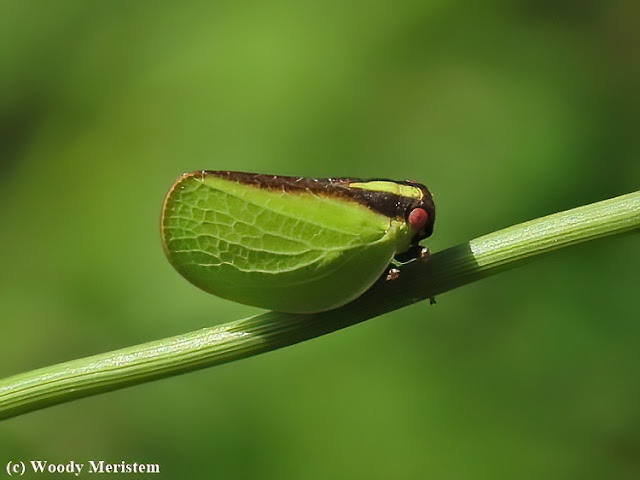 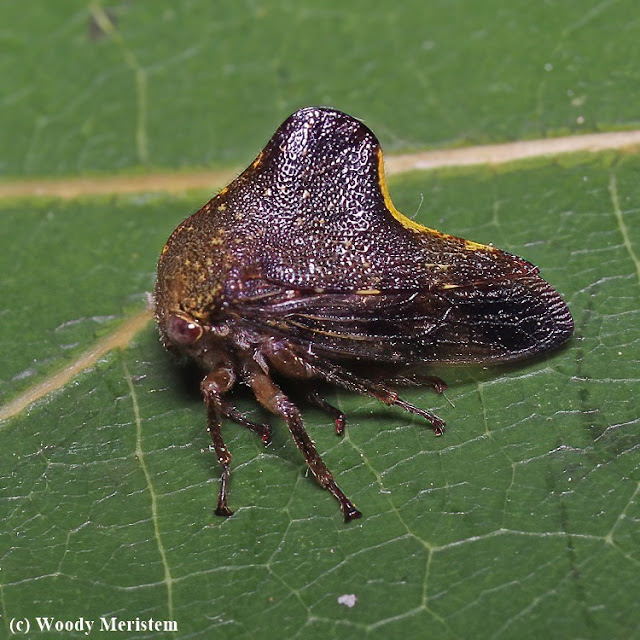 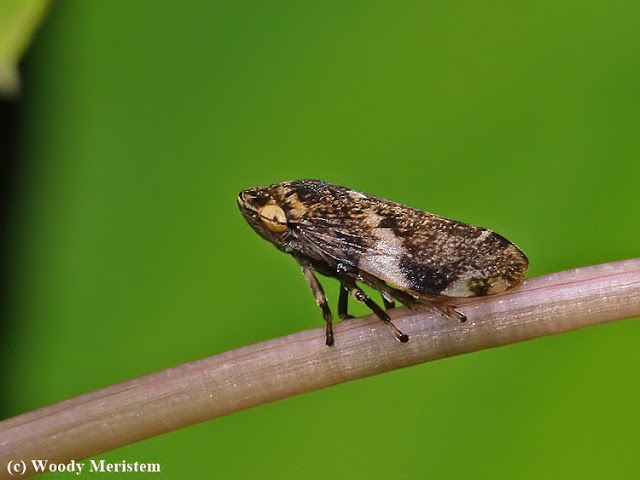 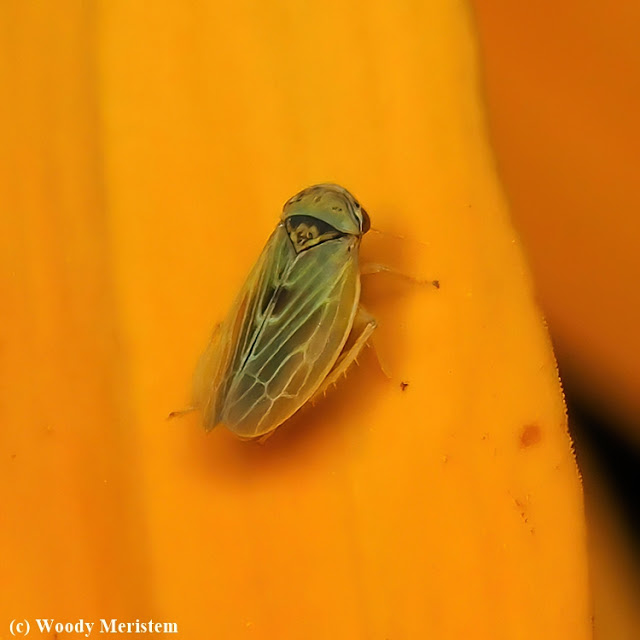 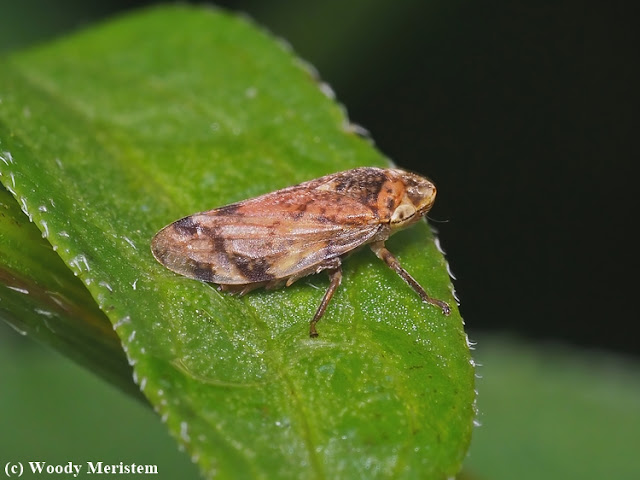 Although a few leafhoppers can carry and spread plant diseases and an extremely large population of some species can impact agricultural crops, leafhoppers in general do little damage to plants.

If you look carefully at the plants in your garden or the plants in any field or forest you’ll almost certainly find a leafhopper or two.

Wow! I'm amazed you were able to photograph this many different leafhoppers. Well done. I like that second to last one; Very pretty with the translucent wings.

Wow, the leafhoppers are cool looking insects. Great series of photos.
Thank you for linking up and sharing your post. Take care, have a happy weekend.

You need a good eye to see these little guys! Very cute...all of them!

Amazing photos of some amazing critters. How did you manage to convince them to sit still for the picture-taking?