A camera trap that takes videos went back to the bear wallow last April and stayed in place until mid-October when the prospect of it being found by a hunter prompted me to remove it. This seasonal pool has been a good location to obtain interesting videos as anyone who regularly visits In Forest and Field has seen.


Herewith is a compilation of some of the best videos from 2019 – wood duck; deer, including a piebald doe; raccoons; great blue heron; red fox; and bears, lots of bears.

The female black bear with two cubs visited on at least eight different days and they seldom left without investigating the camera.


The bears’ investigations resulted in the camera being moved which resulted in the slightly different aspect in many of the videos. Why bears so often mess with camera traps is only a guess – the odor of the human who put it in place, or the odor of plastic or paint, or the sight of something new in their world (but one of my camera traps has been on the same tree for five years and the bears still examine it), or a sound that humans can’t hear.

A camera trap will probably go back to the bear wallow next spring – stay tuned.

Some call it “autumn”, some call it “fall” – no matter what you call it (I favor “fall”) it could also be called the most colorful season. There are colorful flowers, colorful creatures and, most colorful of all, the annual show put on by the changing leaves of deciduous trees.

These photos are from early fall, September and early October – September, because I prefer meteorological fall, which consists of September, October and November, to the conventional definition of fall. There are additional, but less abundant, colors coming in late fall.
Posted by Woody Meristem at 1:47 PM 7 comments:

A Day in Elk Country

The day promised to be clear and cool, so before dawn I headed west to spend a day in Pennsylvania’s elk country. On clear cool mornings a dense fog usually forms in the deep stream valleys. 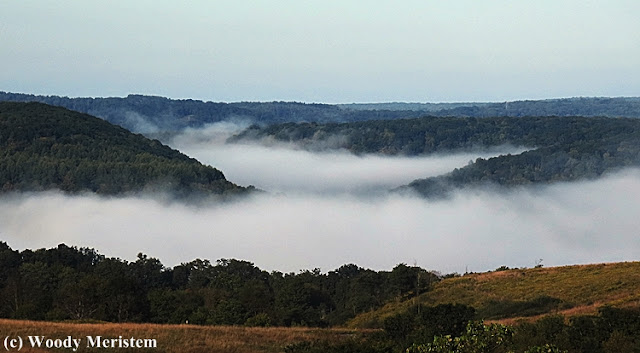 The first elk to be seen were several bulls in a field at the edge of the fog. Fog which swirled in the currents as a rising sun heated the air in the valley. Fog that made photography difficult – 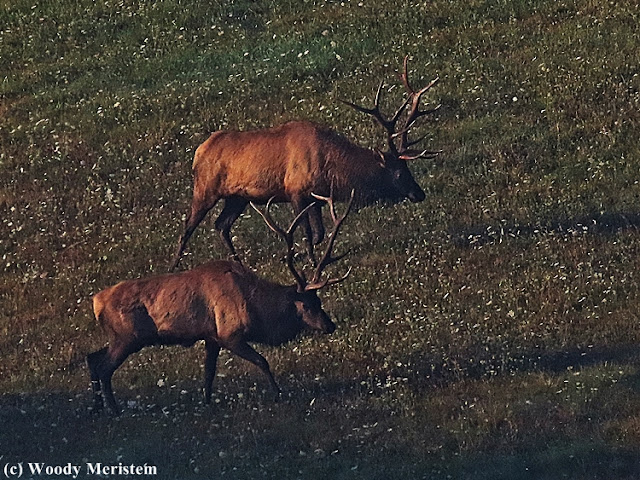 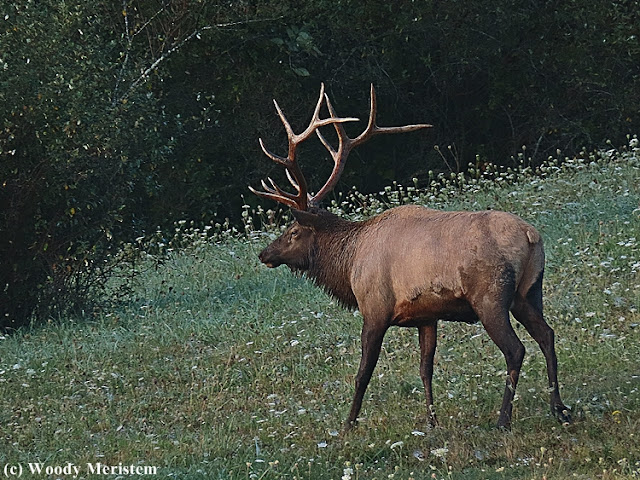 A little later, after the fog had dispersed, a bull pursued several cows – 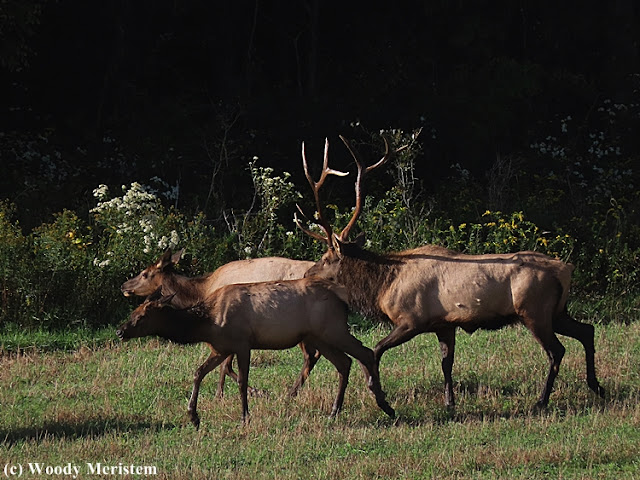 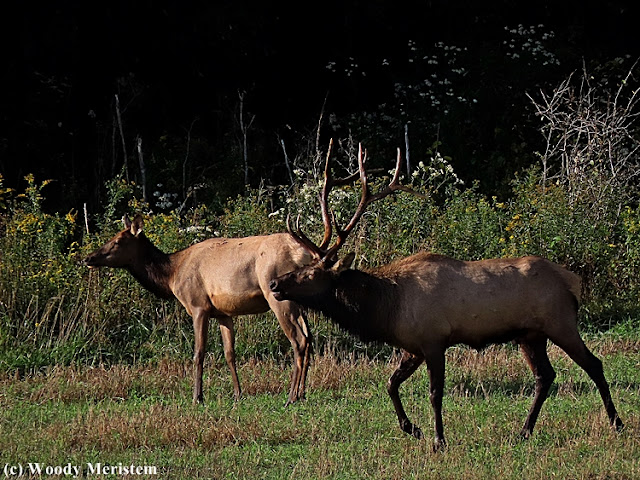 As the sun rose higher in the sky the elk drifted into the surrounding forest to spend the day. With that it was time to visit distant areas of the elk range to find other photographic opportunities – 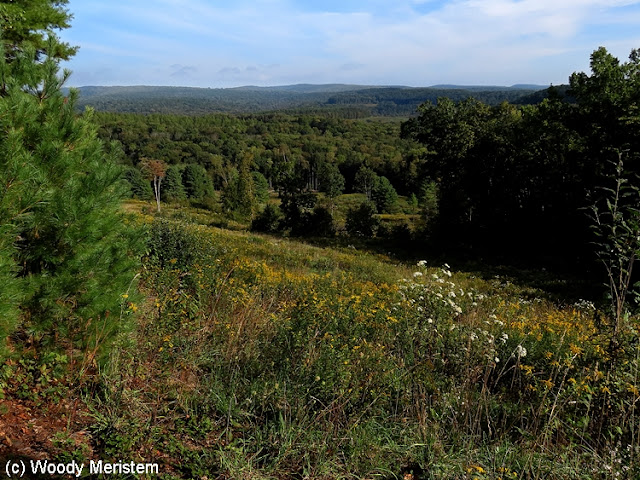 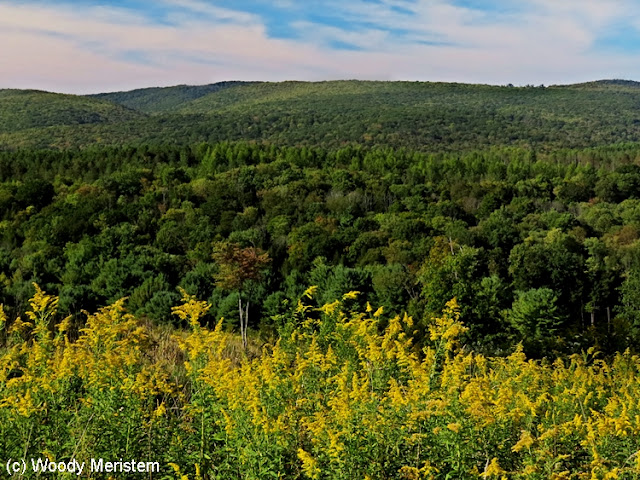 That goldenrod was frequented by a host of migrating monarch butterflies – 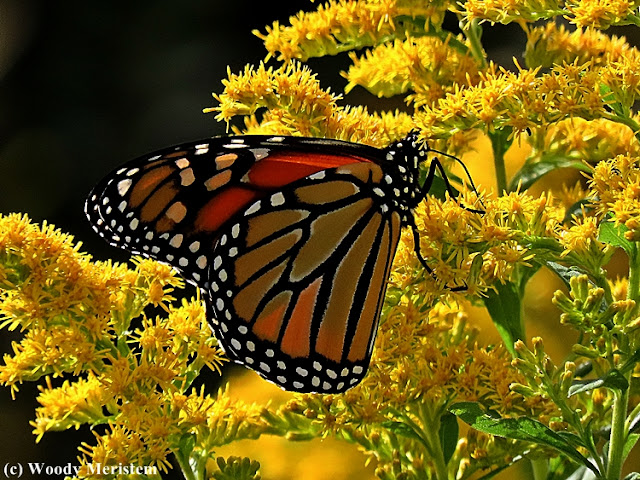 On the plateau to the south of where those first elk were seen is a wetland in an area that never regenerated to trees following the original logging of the area around 1900. 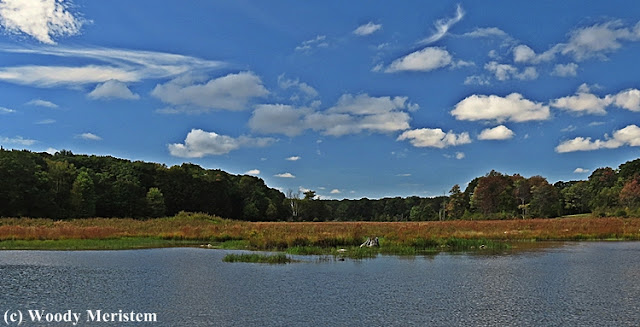 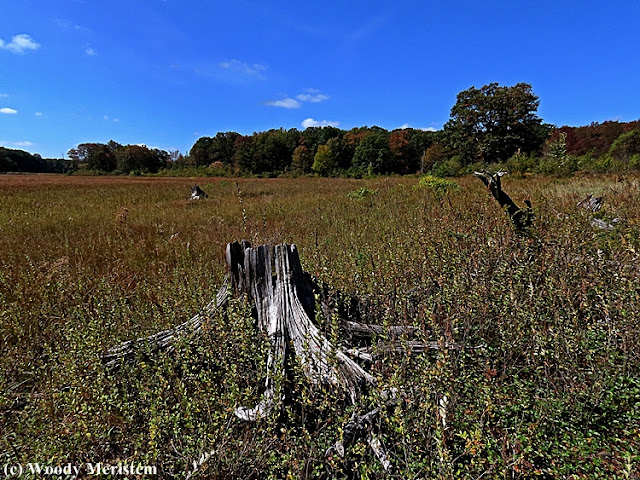 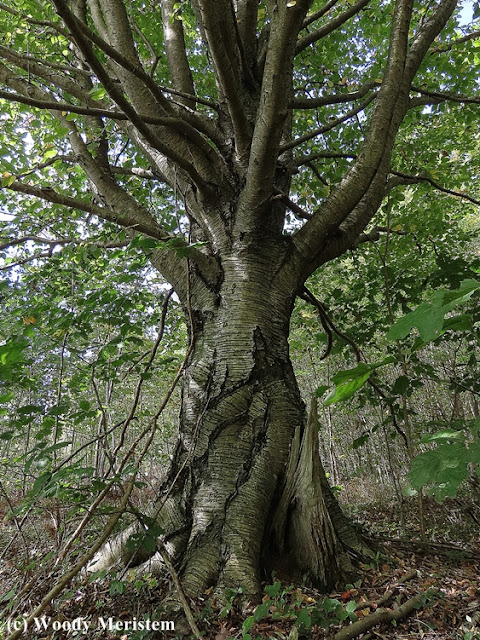 Late in the afternoon it was time for the elk to resume feeding in the fields of abandoned farms. One of those elk was a bull with non-typical antlers – 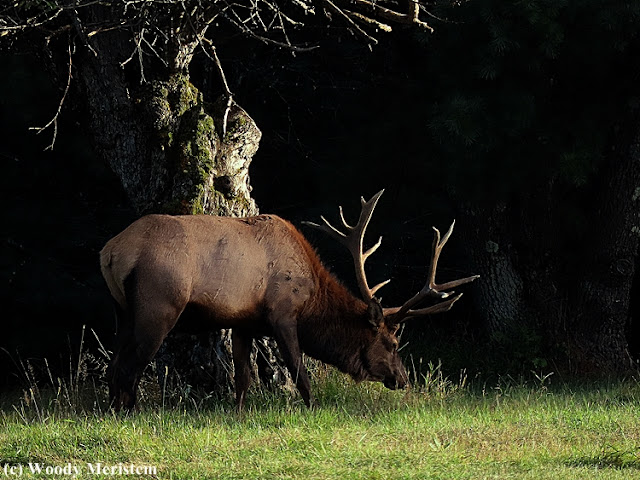 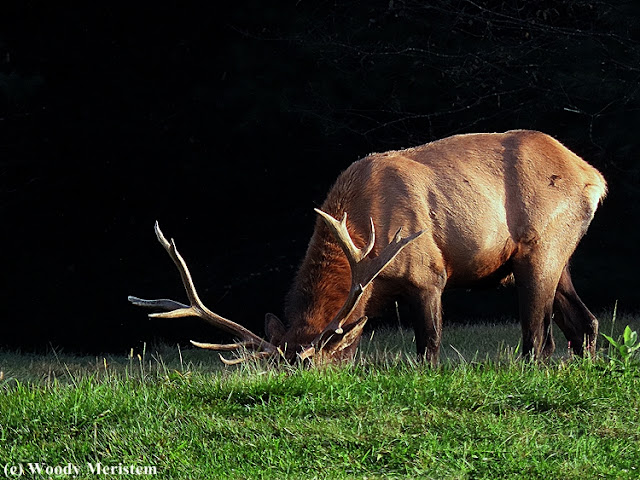 And then it was time to head for home, down along Bennetts Branch – 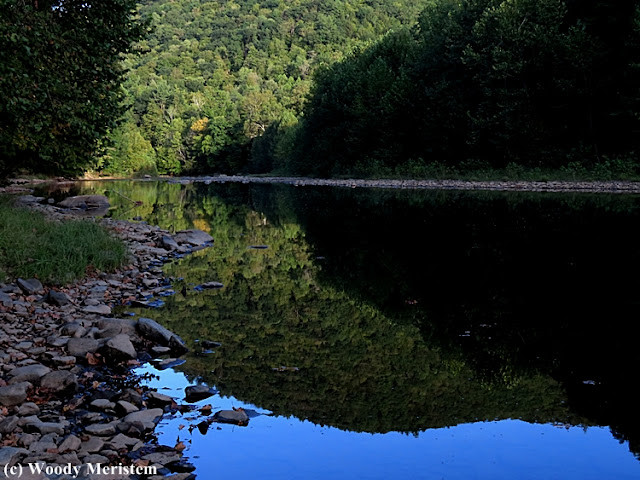 As the sun set on a delightful day – 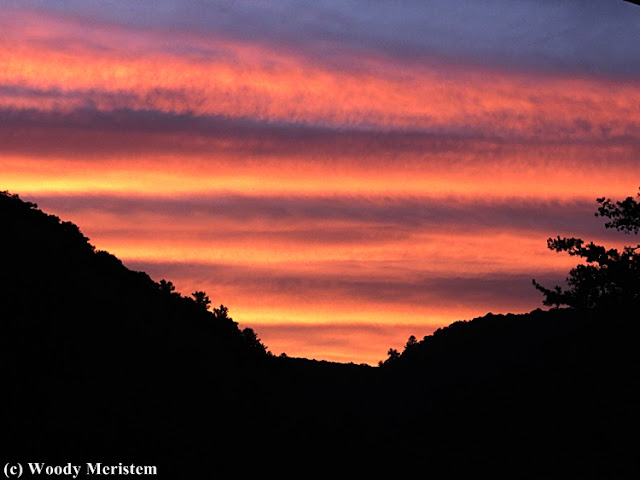