We have a fair number of neighbors – some are humans, some aren’t. The humans are a mix: of women and men, of children and senior citizens, of a multitude of religions – or none, of folks who have lived in their houses for over 40 years, of others who arrived last year.


But this post isn’t about our human neighbors, it’s about our non-human neighbors whose ancestors have lived in the area since long before the first houses were built. If you’re a regular visitor to In Forest and Field you’ve already seen photos of some of the birds – as in this post.


Today’s post is about other of our wild neighbors, those mammals that frequent the hill above the house and occasionally (sometimes frequently) venture into our yard, where we’ve planted trees and shrubs and the grass is mowed. The mammals were captured by camera traps that take videos; some of our mammal neighbors are caught multiple times a day (think chipmunks, cottontail rabbits and gray squirrels), others appear several times a week (deer), others less frequently.


Here are the best of the videos, from just one month this year –

We don’t feed the bears or deer, so they’re either eating natural foods or just passing through on their way somewhere else.

Perhaps you noticed that, beginning at 2:42 of the video, the deer mouthed the stem and leaves of a plant but didn't eat either, unlike the jewelweed that it is readily eating in the video. The uneaten plant is dogbane which is poisonous to most mammals – deer will not eat any portion of the plant.

The interaction between the rabbit and the crow was interesting: crows line their nests with hair, was it trying to pluck hair from the rabbit, or hoping to find some newborn cottontails to eat, or just having a little fun – crows are among the most intelligent of birds.
Posted by Woody Meristem at 4:45 PM 5 comments:

Once again it’s National Moth Week, a celebration of those often inconspicuous creatures that pollinate many flowers, defoliate trees and shrubs, are agricultural pests and feed the bats and birds that grace forests and fields. 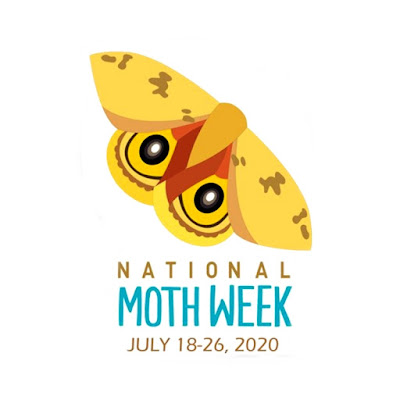 For two years we've kept a light on outside the house on warm spring, summer and fall evenings, the moths that gather have been collected, ensconced in the refrigerator for the night and photographed in the morning. After three years the moths that are most abundant here have been photographed.


But there are still new species to find – especially since the changing climate is impacting the number, distribution and abundance of moths. Some scientists are concerned about a worldwide collapse of insect populations. If insect numbers are plummeting we should all be worried since the U.S. Department of Agriculture indicates that somewhere around 35% of the world’s food plants are insect-pollinated. 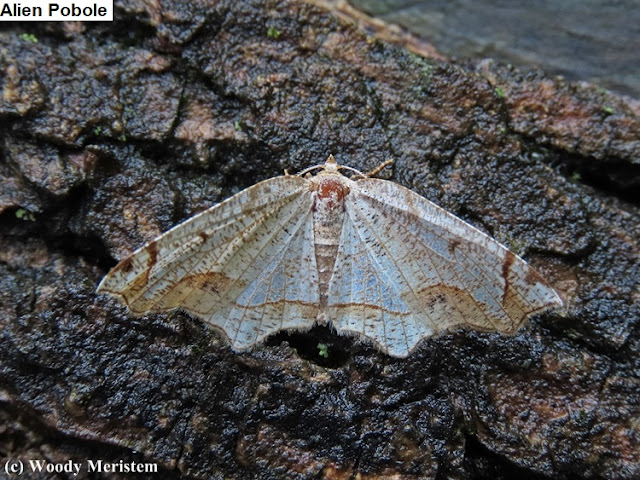 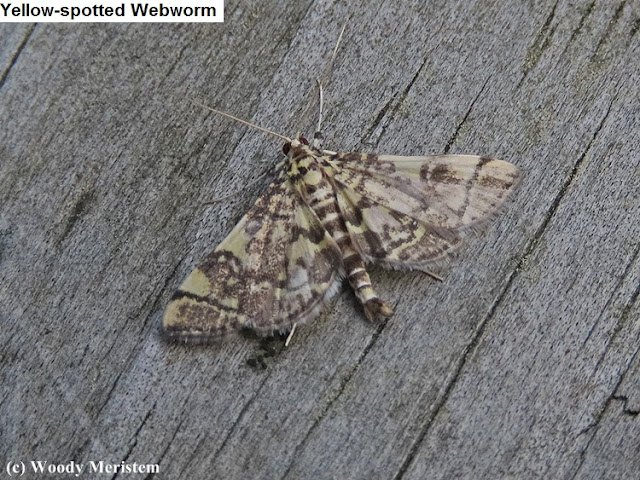 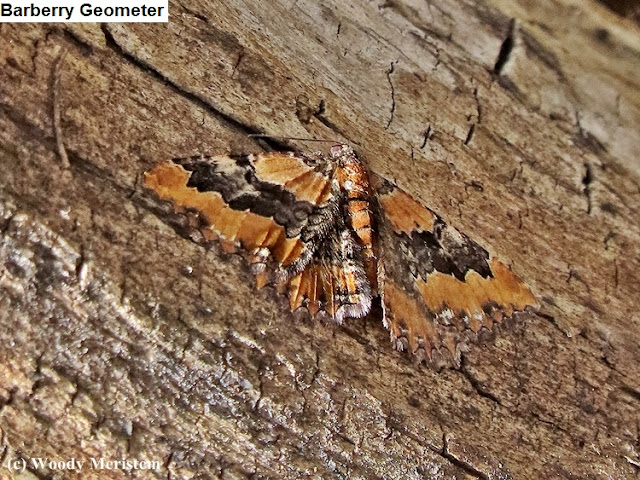 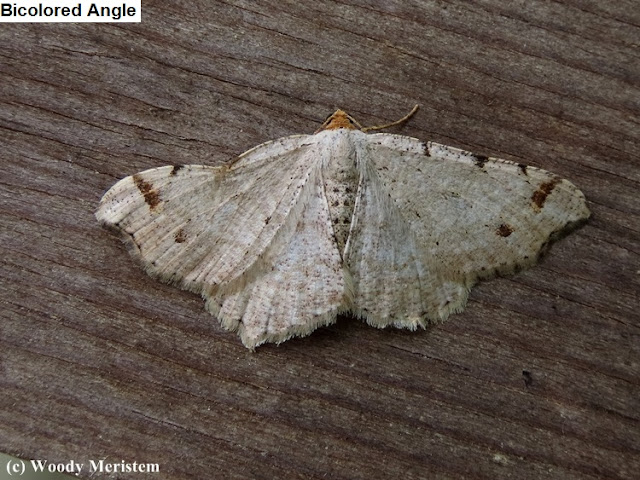 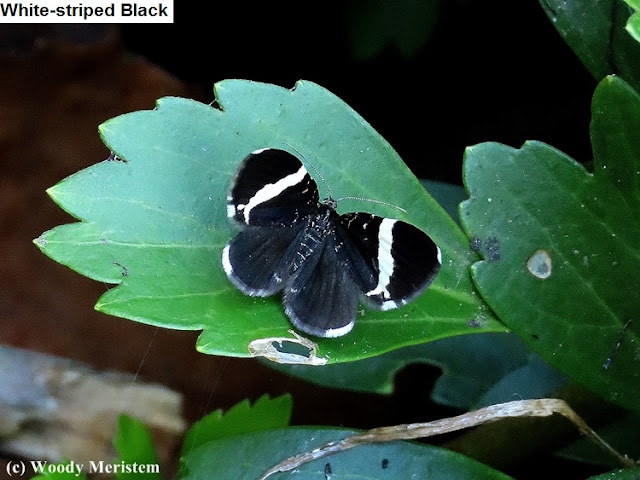 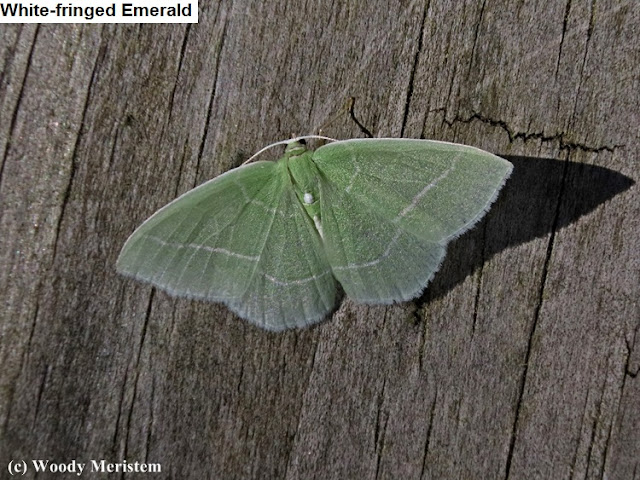 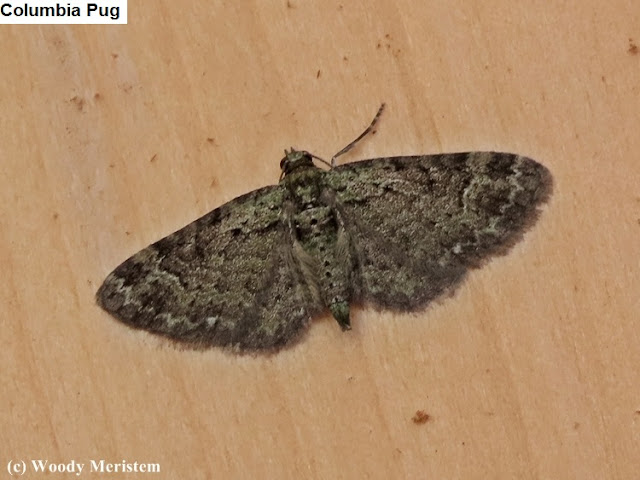 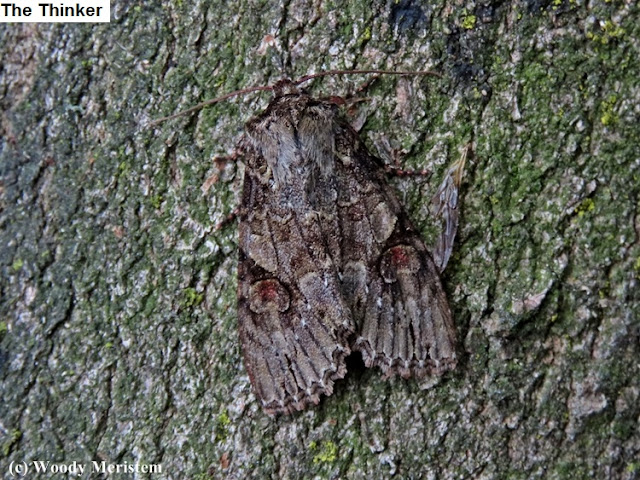 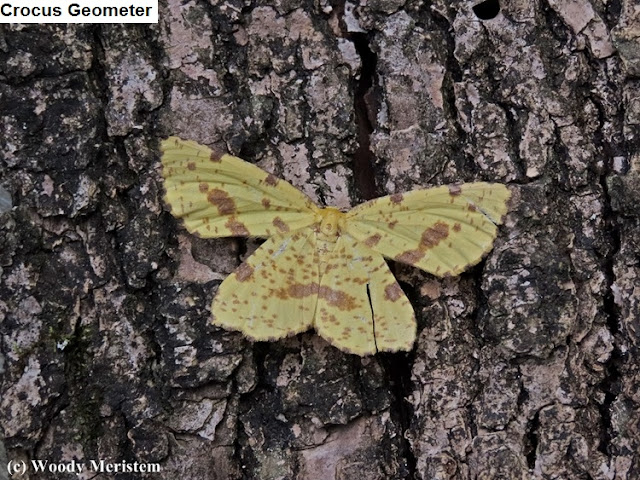 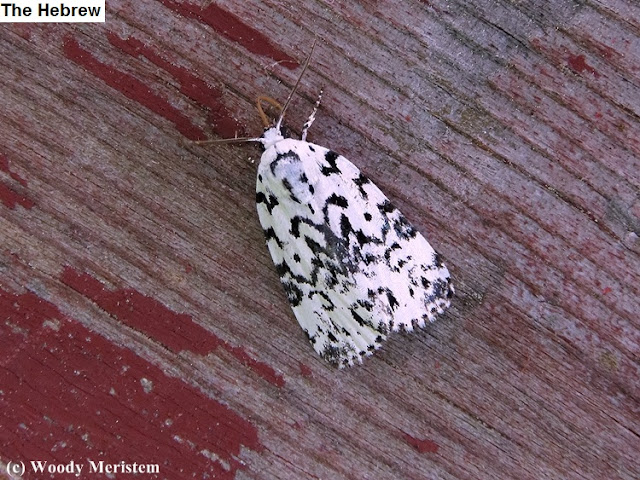 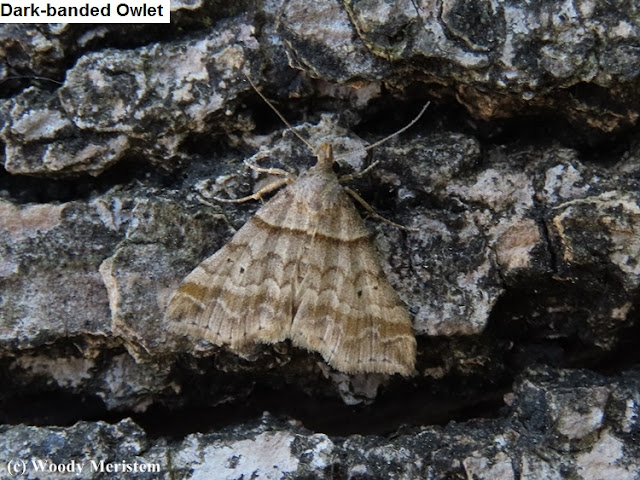 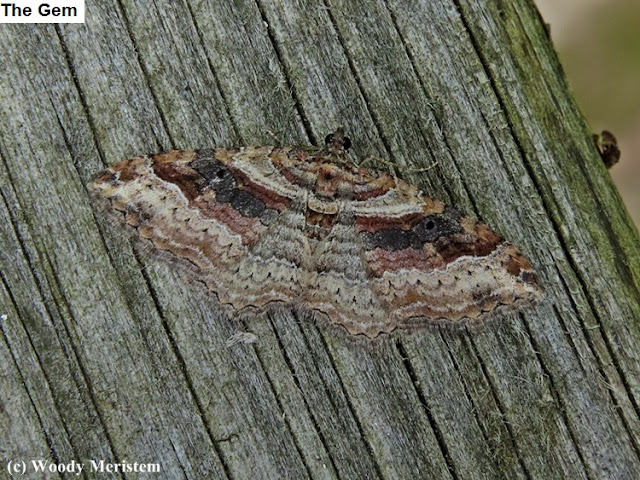 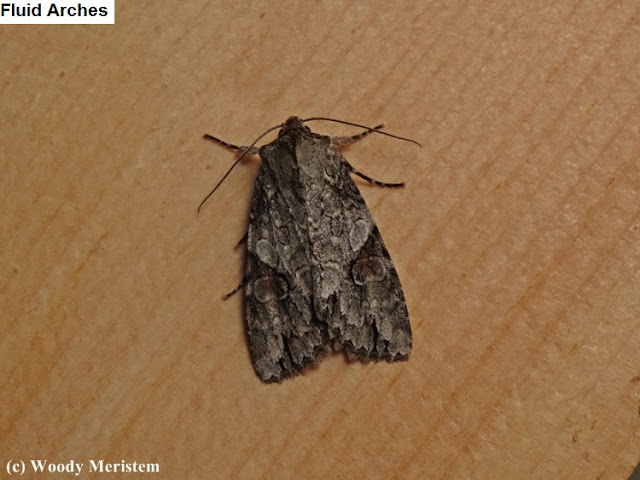 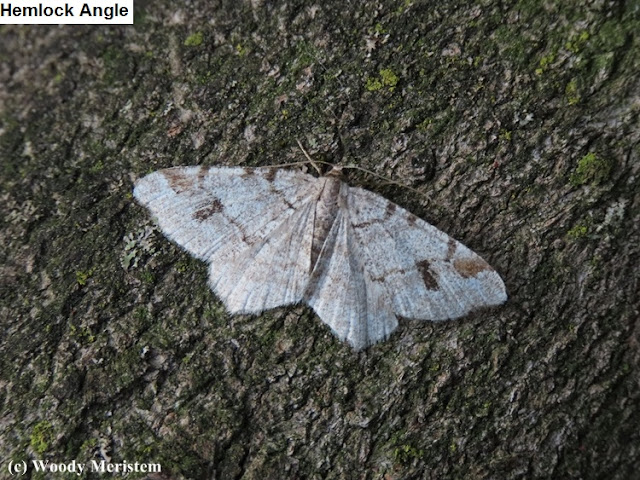 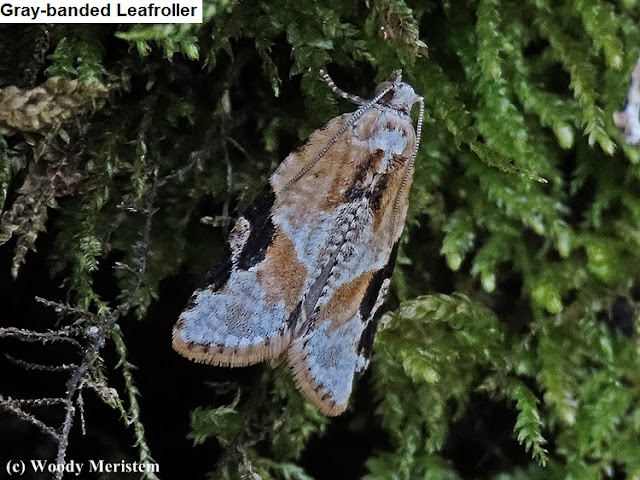 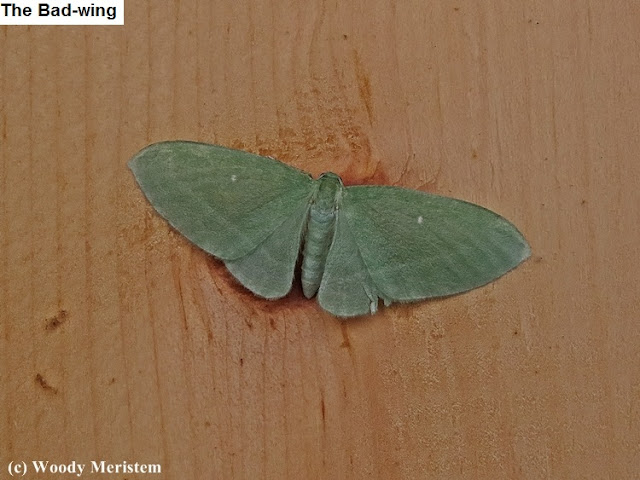 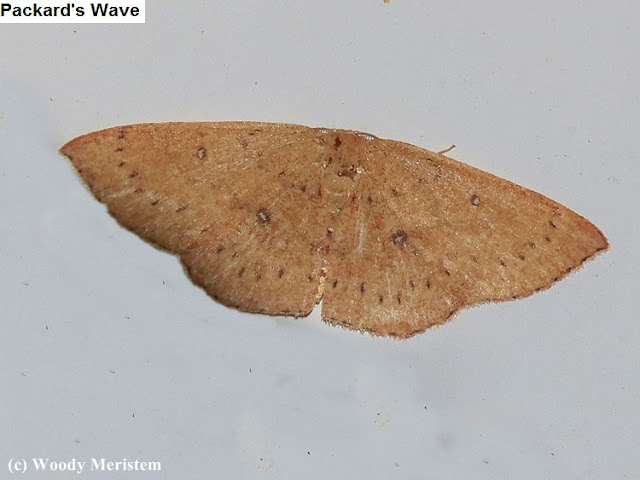 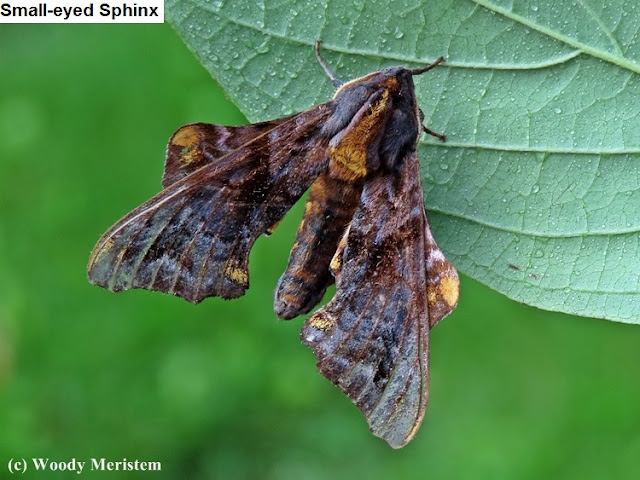 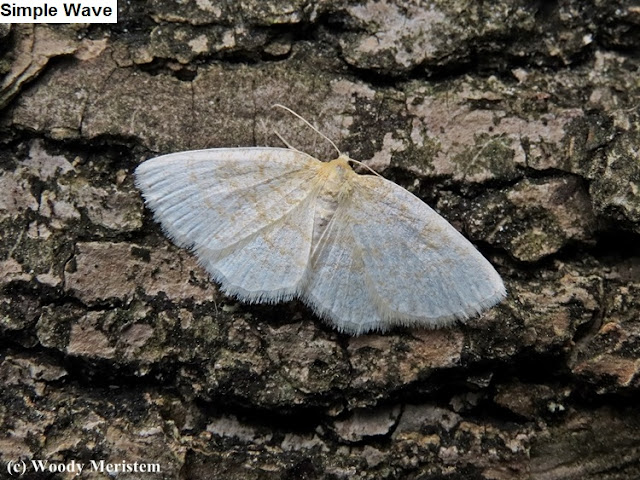 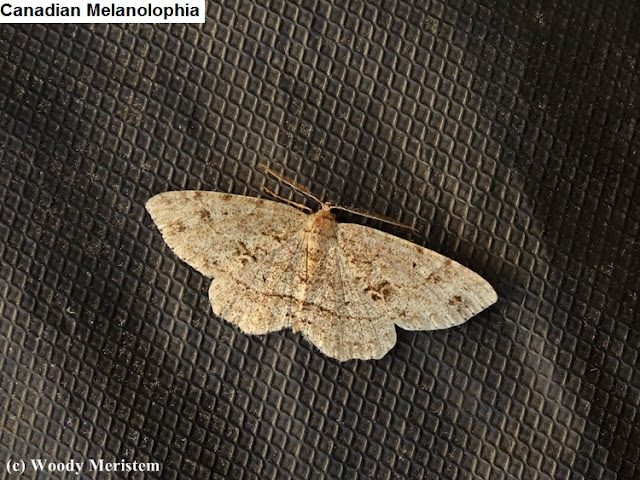 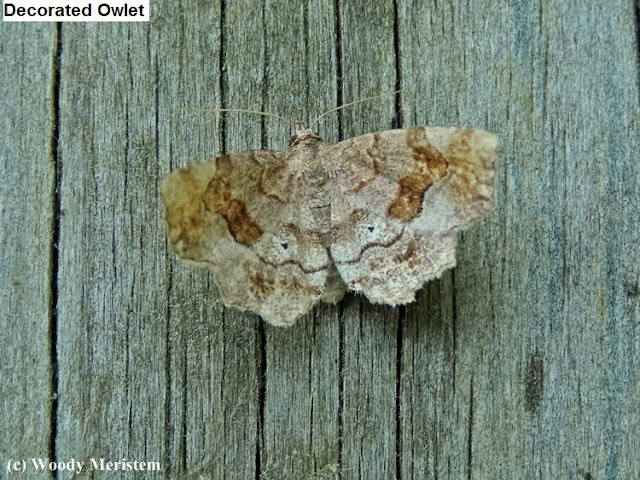 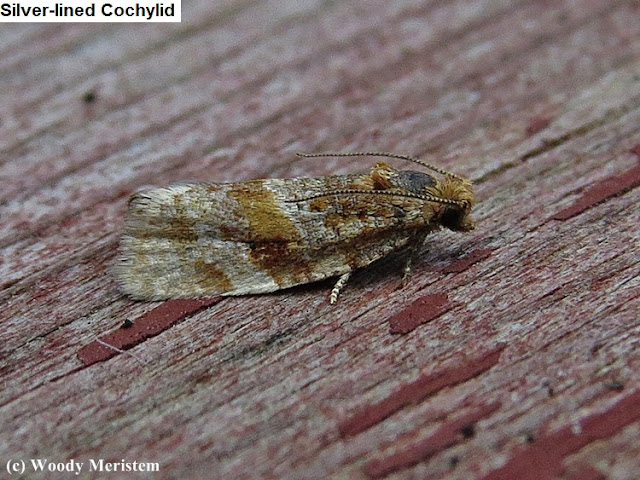 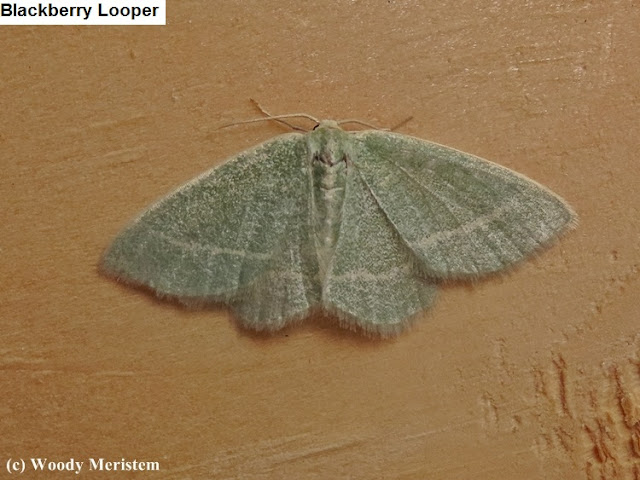 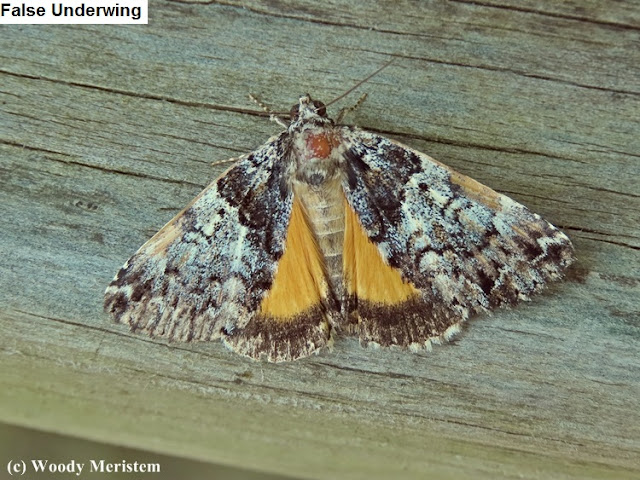 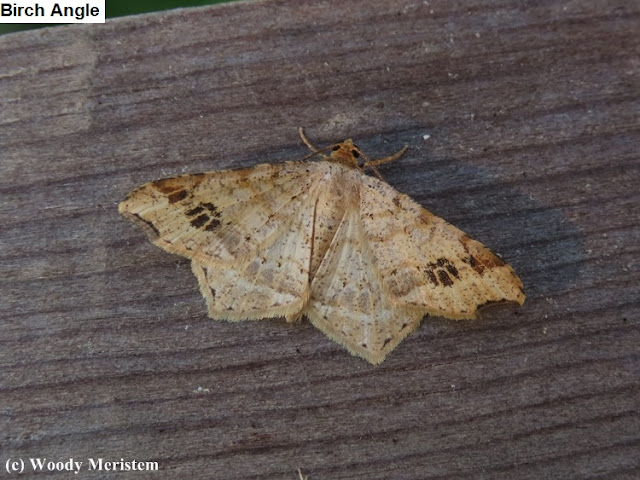 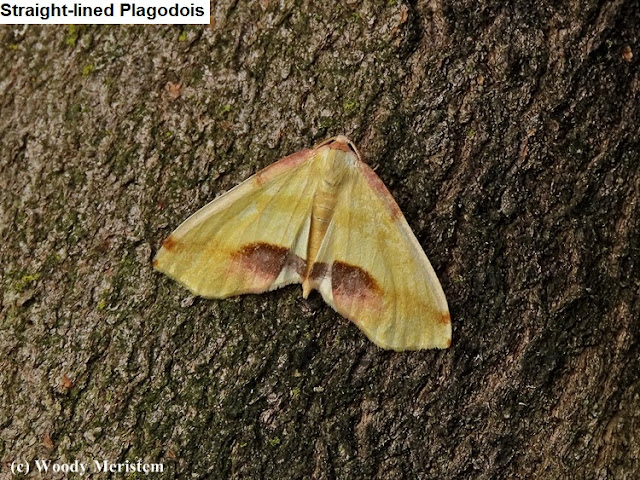 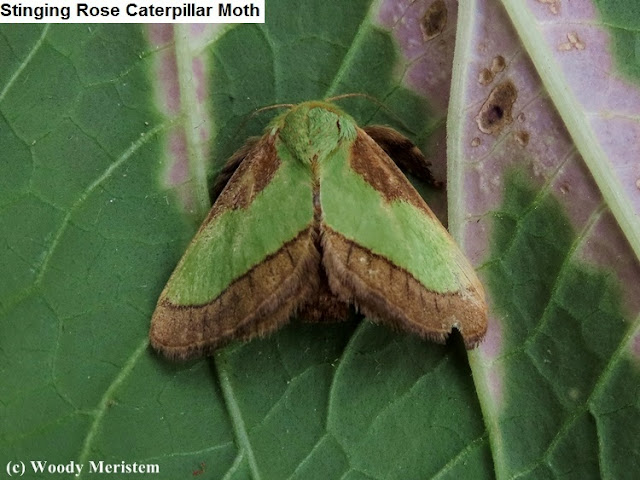 There are over 11,000 species of moths in North America, and that’s not counting the species that have yet to be collected and identified, so the 225+ species I’ve photographed here are a mere drop in the bucket.
Posted by Woody Meristem at 5:46 PM 5 comments:

Look Who's Having Fun at the Bear Wallow

There’s a vernal (seasonal) pool in the forest that was created thousands of years ago, probably as a pingo scar (see this post). It fills with water every winter and spring and gradually dries during the summer. The pool is a breeding site for wood frogs and a variety of salamanders, a hunting ground where raccoons and great blue herons search for frogs, and a place for black bears to cool off on warm days (watch the bears in this post).

One of my camera traps has been at the bear wallow since late spring and has been repeatedly examined by the bears using the pool; twice this year the bears have rotated the camera to the far side of the tree to which it’s mounted, and it's sill somewhat misaligned Recently there haven't been any bears in the videos taken by the camera but other wildlife species make regular appearances.


As summer arrived the pool was shrinking, but it still held a fair bit of water at dawn of what promised to be a hot summer day. The sun was low in the sky when a white-tail doe and her two fawns from the previous year arrived at the pool.


Although some people say animals don’t have emotions and don’t engage in what could be described as play, you can judge for yourself what’s going on in this video (best if your speaker is turned on) –

At 2:45 of the video another doe and her last-year’s fawn arrived; with their arrival all semblance of play came to a halt. If the deer that were running and jumping in the pool were human, we would say they were embarrassed being caught playing like kids. There follows a dominance/aggressive interaction between the two adult does; the fawns’ relations are more peaceful. When the buck arrived the does and fawns slowly departed.


That’s all folks because at that point the camera’s memory card was full.
Posted by Woody Meristem at 5:29 PM 6 comments: