It's Time For A Change!

This is the first week of Pennsylvania’s traditional firearms deer season; a long-standing tradition that has brought generations together as fathers and sons, grandfathers and grandsons, brothers and cousins, shared time together in forest and field and in hunting camps throughout the state. Times have changed and now some wives and daughters and granddaughters have joined hunting parties, and many traditional hunting camps are seeing year round use as family getaways.

For more than a century hunters and trappers have funded the state’s wildlife programs, which have included restoring populations of bald eagles, peregrine falcons, river otters, and fishers. However, for the most part the Commission’s programs have been concentrated on species that are of interest to consumptive users of wildlife. But the Commission also deserves everyone’s praise for its acquisition of over a million acres of wildlife habitat on State Game Lands that are open to public use. 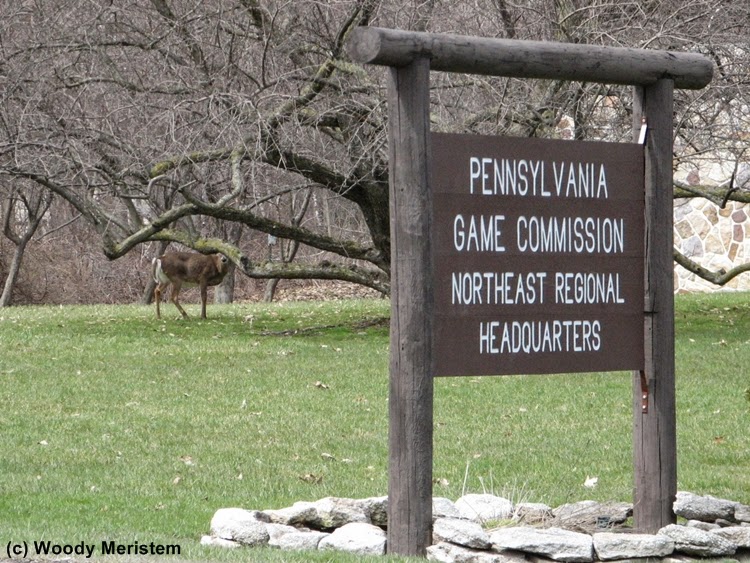 Often overlooked, however, is the fact that wildlife is a public resource which, in essence, belongs to all the citizens of Pennsylvania whether they are hunters, non-hunters or anti-hunters – whether they are interested in white-tailed deer, wild turkeys, Allegheny woodrats or blue-headed vireos. 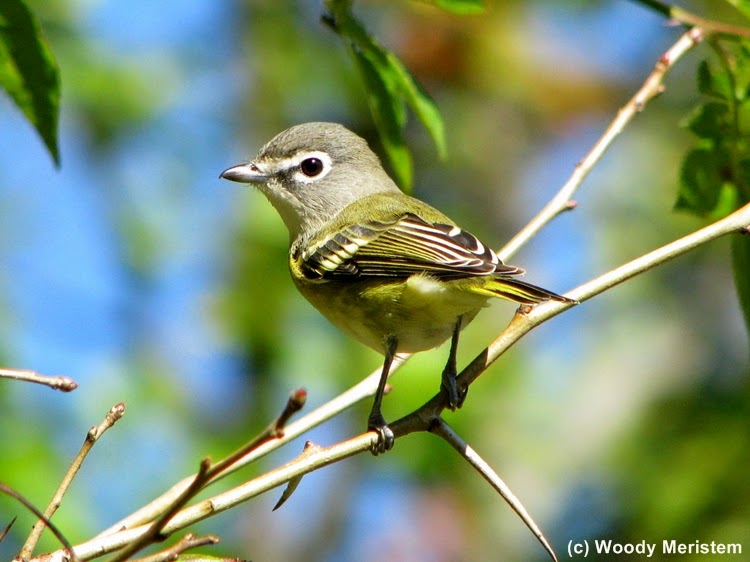 What should be changed are the way wildlife management in Pennsylvania is funded and the composition of the Board of Game Commissioners. The Pennsylvania Game Commission is an independent agency of state government that is charged with managing all wild mammals and birds in the state and managing over a million acres of State Game Lands. The Board’s eight members are nominated by the Governor and confirmed by the state Senate; in turn, the board appoints the Commission’s executive director. Traditionally, Board members have been active hunters with solid connections to sportsmen’s organizations and funding has been primarily derived from fees paid by hunters and trappers or excise taxes on firearms. 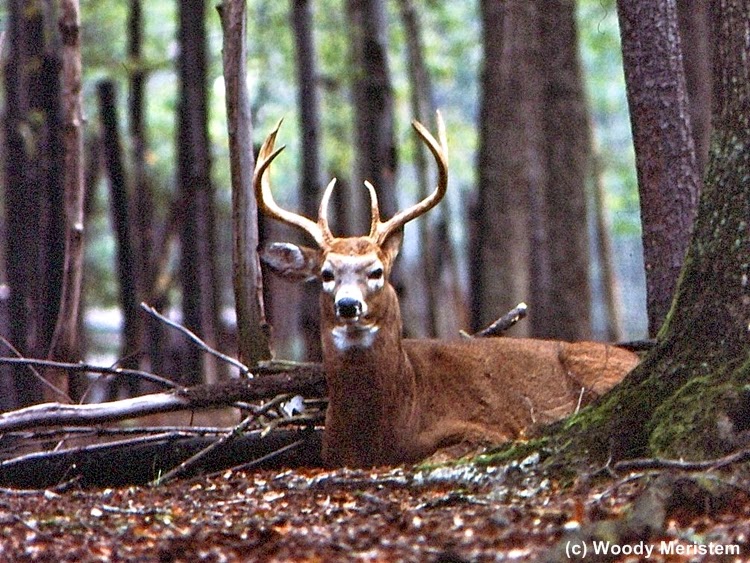 It’s past time to change the funding base for wildlife programs in Pennsylvania and the composition of the Board of Game Commissioners. Although there have been ups and downs, the general trend has been a steady decline in license sales from 1.3 million in 1982 to  952,000 in 2013 – a 27% decline. At some point the reduction in license sales will have a severe impact on staffing and/or wildlife related programs. Unless there is a change in the Board’s composition and the recruitment of an additional constituency consisting of wildlife watchers and photographers, the programs that will probably suffer most are those dealing with non-game wildlife. 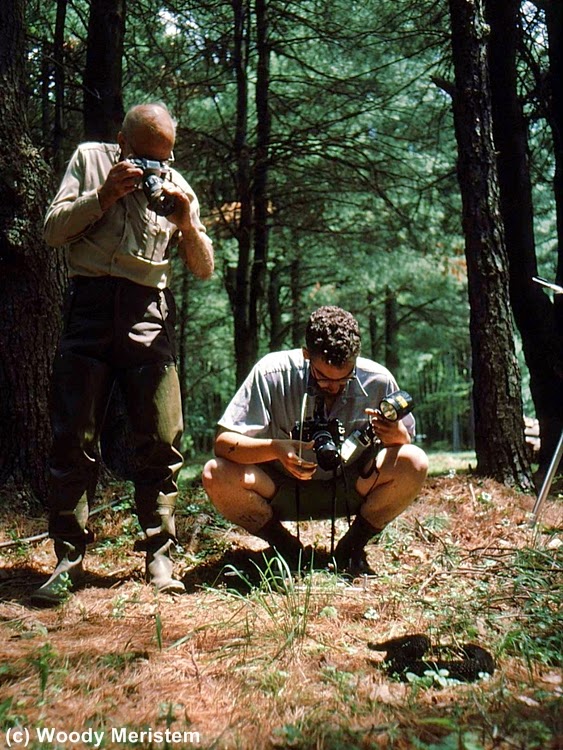 It’s past time for a change, because the citizens of Pennsylvania view wildlife in a different light than they did 50 or 60 or 100 years ago. Look at the situation with predators, Pennsylvania paid bounties on virtually all predators for many years. Now, although a certain element among hunters would like to resume paying bounties, the general public acknowledges predators’ role in the natural world and their increasing interest to photographers and others who enjoy wildlife. Coyotes are a prime example; the Board has seen fit to continue treating them as “varmints” allowing them to be killed every day of the year, in any number. 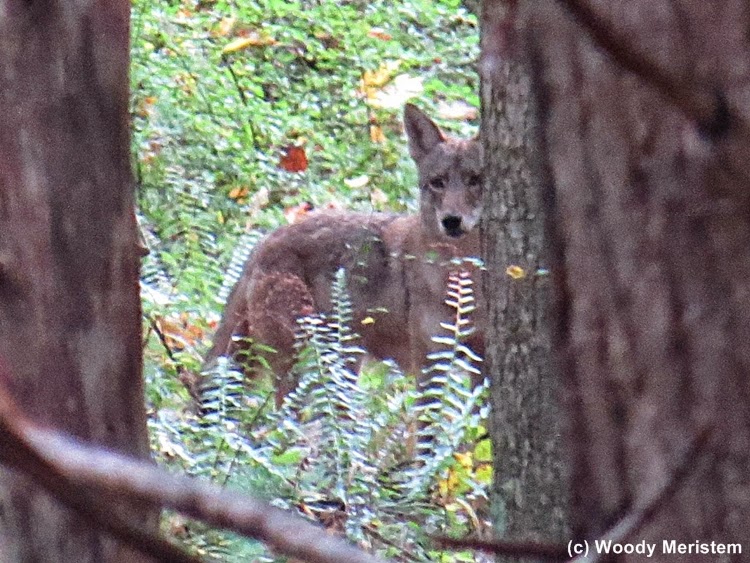 Pennsylvania’s elk herd is a major draw for wildlife watchers and photographers and occupies only a portion of the state’s suitable habitat. When the Game Commission instituted an elk hunt in 2001 it was met with joy by hunters and complaints from wildlife watchers. Only a tiny segment of the elk range is managed as a “no kill” zone, and that’s virtually all within sight of designated viewing areas or public roads; thus elk that have lost all fear of humans and move outside of that zone are shot each year. It seems obvious that hunting is valued over wildlife watching or eco-tourism – what about serving the larger public’s interests? 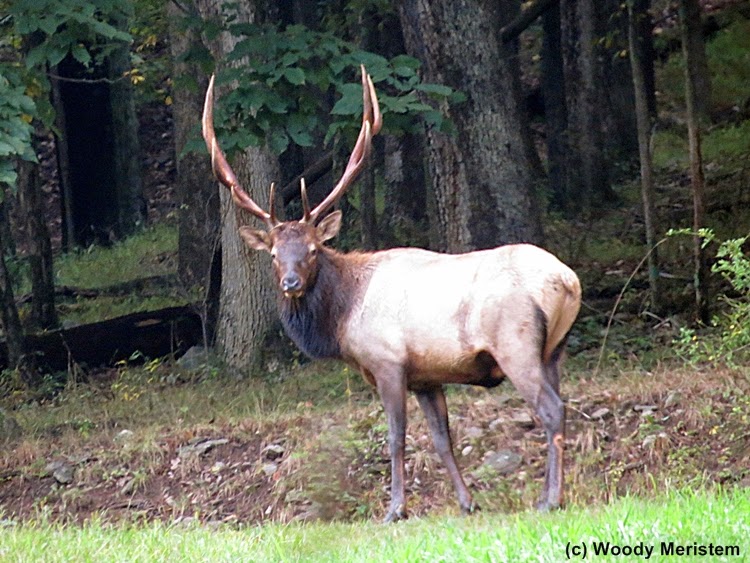 The gap between the interests the Board of Game Commissioners now represent and the larger public is wide and growing wider as the number of hunters diminishes and the number of wildlife watchers and photographers has grown. The non-consumptive wildlife interests have an obligation to provide significant funding for wildlife programs and deserve a seat at the table, in the form of representation on the Board, when decisions are made. And yes, there will be contentious issues leading to much debate – Pennsylvania’s wildlife deserves no less!


One of Aldo Leopold’s best essays was “Smoky Gold” included in his A Sand County Almanac – "The tamaracks change from green to yellow when the first frosts have brought woodcock, fox sparrows, and juncos out of the north. … I regard a phalanx of young tamaracks, their golden lances thrusting skyward. Under each the needles of yesterday fall to earth building a blanket of smoky gold …" Tamarack is pretty scarce in northcentral Pennsylvania however, occurring only in some widely scattered wetlands -- relics of the last time a glacier came this way.
Tamarack is known by a variety of different names across its wide range – tamarack, hackmatack, eastern larch. That range extends from Newfoundland to the Yukon and south to the Lake States and West Virginia. It is very intolerant of shade and is most commonly found in wetlands and recently disturbed areas. While we don’t have much tamarack, there’s quite a bit of the related European larch and Japanese larch in this part of Pennsylvania. 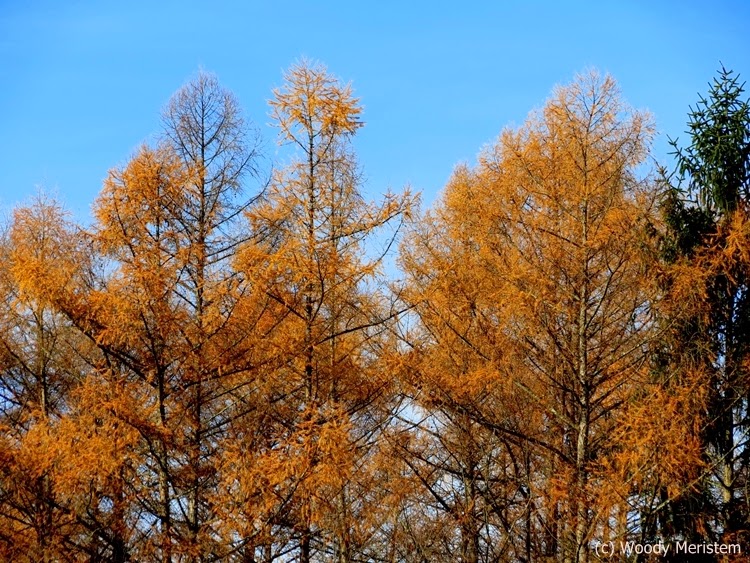 It’s obvious from their names that European and Japanese larch aren’t species native to our area, but are instead imports that have frequently been planted in old fields and also used to re-vegetate strip mines. In Leopold’s Wisconsin the tamarack turn color and begin to shed their needles in October; here the larches are at their best in early to mid-November. Gleaming golden on the hillsides, the larch are readily apparent to even the most casual observer. And, yes the larches are deciduous conifers – unlike the pines, spruce and fir that always have green needles on their branches, the larches shed all their needles each autumn. 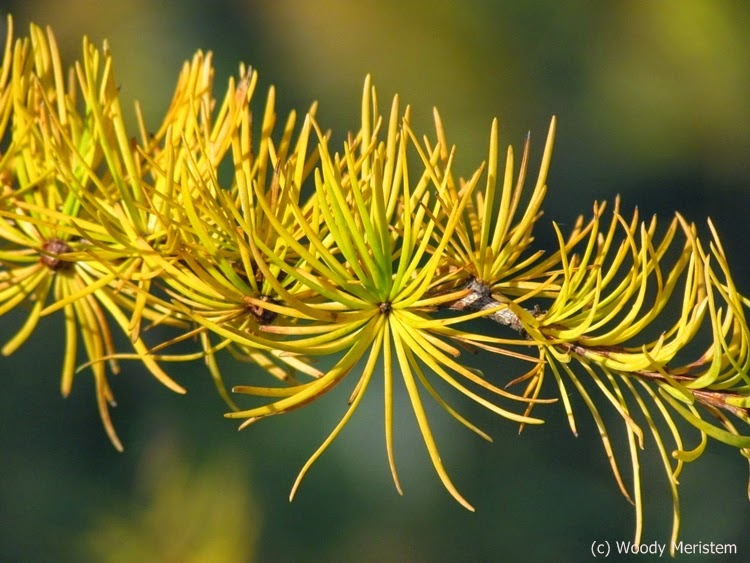 Although they’re very similar in general appearance, the imported larches can be told apart by the color of their new twigs. European larch twigs are straw-colored while those of Japanese larch are salmon-colored.

Unfortunately, many of the larch plantings were on soils that are unsuited to their requirements. Thus, many of the trees are failing to thrive and won’t be around for too many more years. 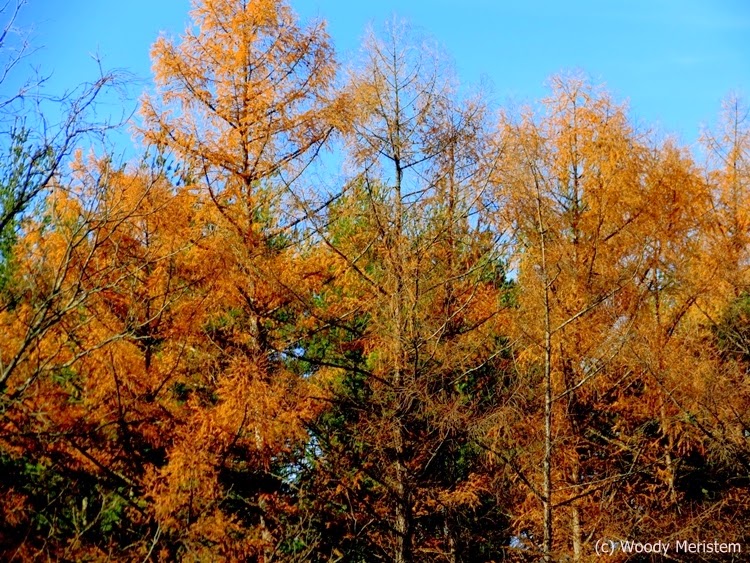 But for now we can enjoy the November gold, it’s obvious after the hardwood leaves have fallen and among the last of nature’s bright colors that we’ll see until next spring. 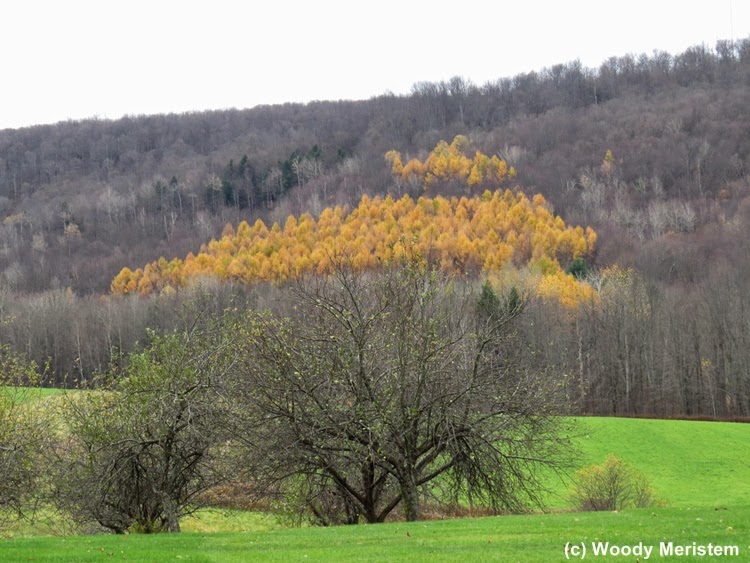 Autumn is progressing rapidly and the last two weeks have brought high winds for several days in a row – several times. The leaves’ abscission layers (where the petiole joins the twig) allow the leaves to part easily from the twigs and sail away in the wind.

Each species of tree tends to have its own schedule for losing its leaves. In northcentral Pennsylvania black and yellow birch vie with red and sugar maples for the earliest to shed their leaves.  After that comes a rush of white ash, black cherry, cucumber-tree, black gum, black locust and a host of less common trees. Last are the tulip-poplar, silver maple, the aspens and apple as well as American beech and the various oaks. Some oak and beech trees, especially younger individuals, may retain their brown leaves for a long time – even until the new leaves begin to emerge in the spring.

In spite of the high winds, we’ve recently been able to enjoy the last of autumn’s show of foliage. All on trees that typically shed their leaves toward the end of fall –


Soon the last of these colorful leaves will be gone and November will assume its typical drab garb of brown and gray.