It’s that time of year again, time for the multitude of spring wildflowers to burst into bloom. Any walk in the woods with downcast eyes will reveal the wondrous eruption of flowers from the ground that had been frozen not so long ago.

Often I walk a number of old roads in the Big Woods that pass through dry oak forests, moist lowland forests comprised of a great variety of tree species, along streams and past wetlands. Each of these different habitats supports a different suite of wildflowers, although there is often a good deal of overlap. Unfortunately, the all too abundant white-tailed deer have, over many decades, all but eliminated some species of wildflowers.

Here’s a sample of the Big Woods’ spring blossoms –


The photographs aren’t in any particular order except for spring beauty (which is almost always the first to flower) because their order of bloom is very dependent on the aspect of the terrain where they grow and the micro-habitat the individual plants occupy.

Take a walk in the woods and don't hesitate to bend your knee to take a good look at the bouquet that nature presents each spring.
Posted by Woody Meristem at 5:25 AM 4 comments:


Anyone who has used camera traps for any length of time has been frustrated – usually more than once. Sometimes the batteries in the camera have died, or perhaps it was forgetting to turn the camera on, or maybe the electronics in the camera had a problem.

But occasionally the quarry is the source of the frustration. For a couple of months I’ve had a camera trap on the edge of a stream where a wildlife trail crosses the stream. It’s yielded a few interesting photos like this heavily cropped image of a male hooded merganser – 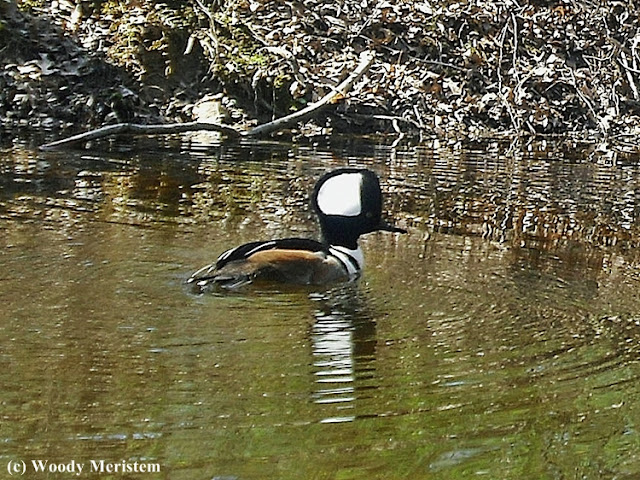 On the most recent series of pictures was one of the black bear that apparently investigated the camera, slightly smearing the lens and tilting the camera in the process – 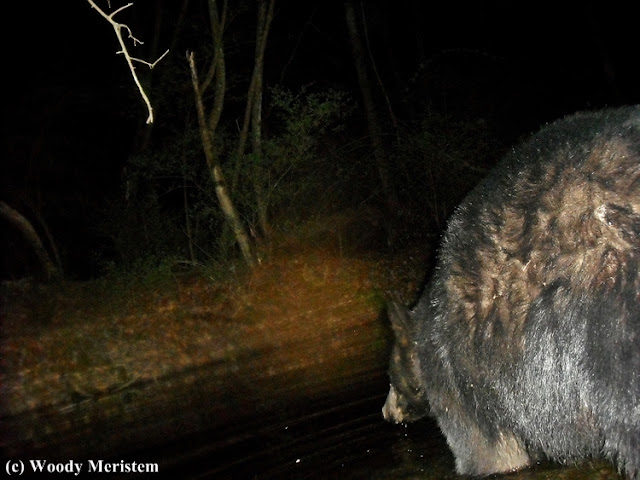 Had the camera not been tilted, the pictures taken on subsequent days may have been better or more readily cropped to yield a better image. As it was, the camera did get photos of wood ducks – 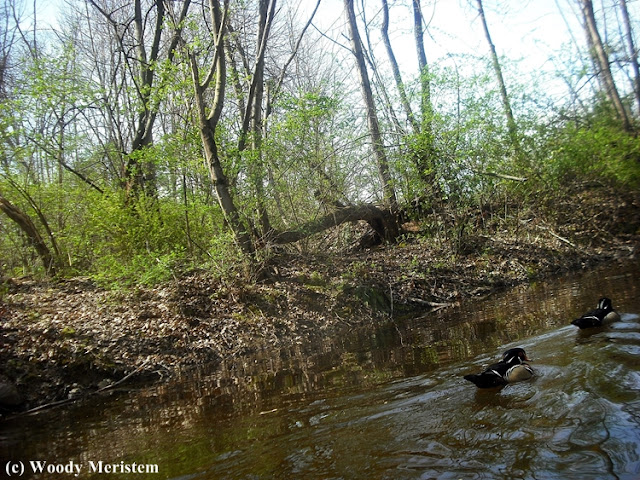 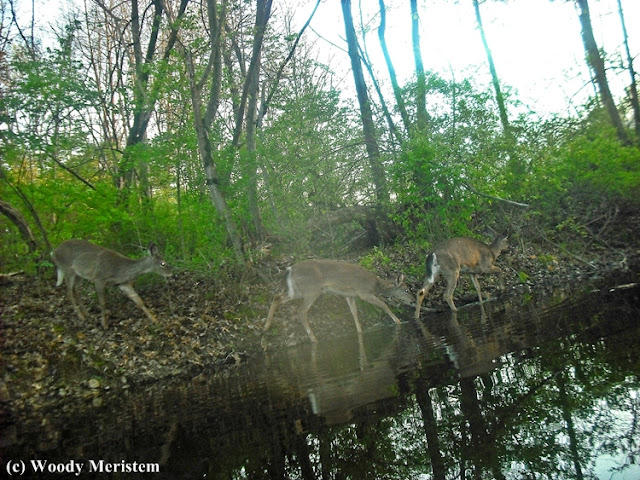 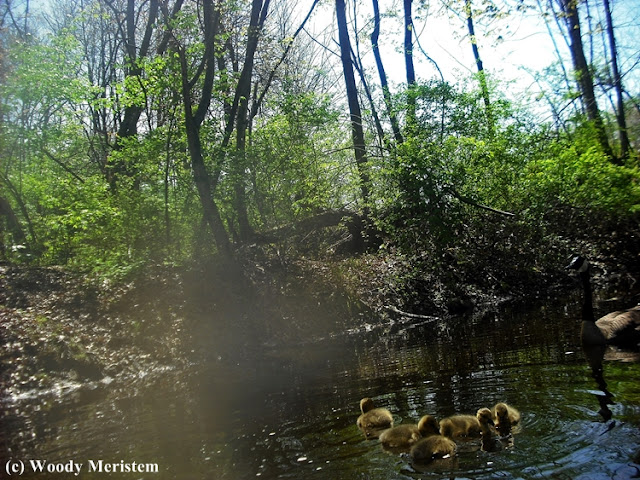 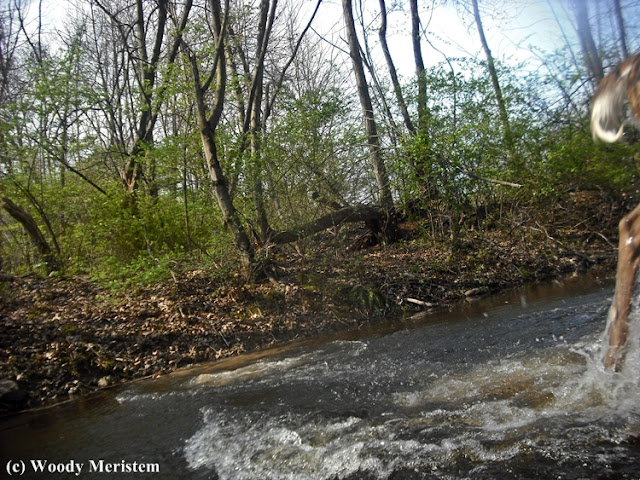 And then along came the raccoon that only presented its ear for a clear photograph – but did manage to finish what the bear started and smeared mud all over the camera trap’s lens glass. 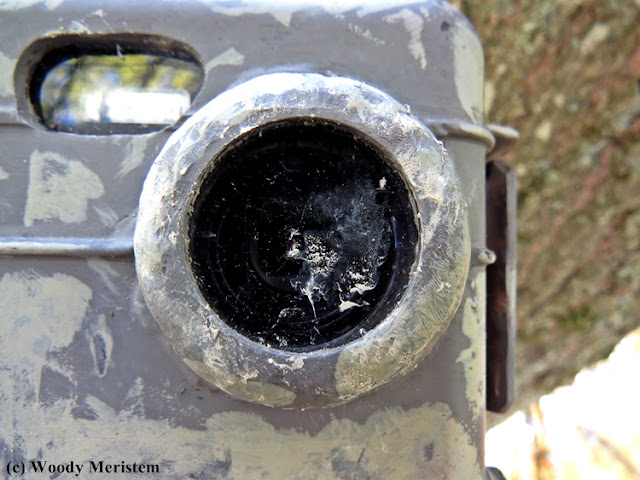 Some days later the camera photographed something swimming across the stream but the muddy lens yielded only the eye-shine and an extremely blurry image of whatever unidentifiable creature had created a wake. Frustration occasionally rules the day.

The Tree Swallows Are Back

The tree swallows are back; actually some of the first males to arrive have been back for several weeks. Those adventurous males have the opportunity to claim the best territories and nesting sites – but they also risk being caught by a period of cold damp weather which they may not survive. 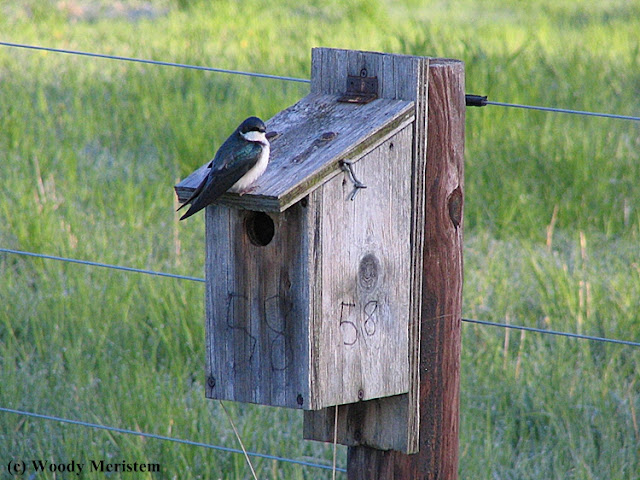 A few days after the males arrive, the females return from their wintering areas – the females that are gray on their backs and wings where the males are iridescent blue – 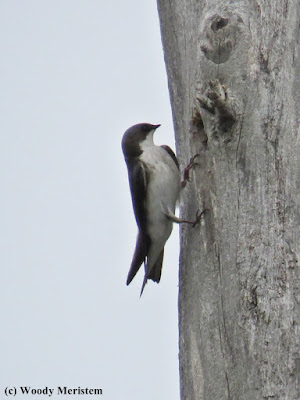 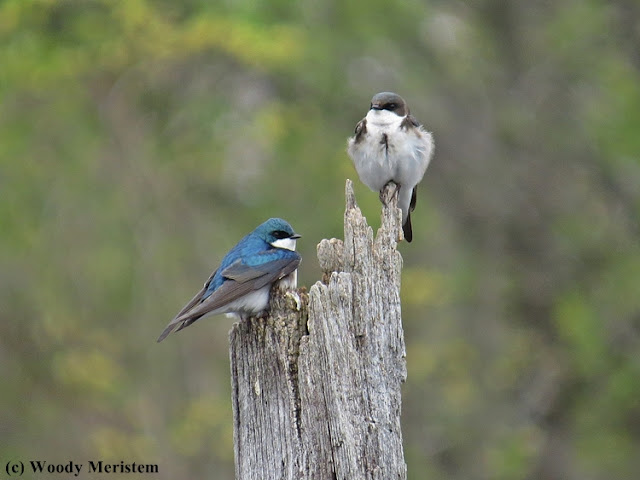 The newly-formed pairs begin to explore cavities that might be suitable for the nest where they will raise their young. Sometimes those nest cavities are in dead trees, preferably close to water. The tree cavities usually are those that had been excavated by woodpeckers since tree swallows are unable to create their own cavities. 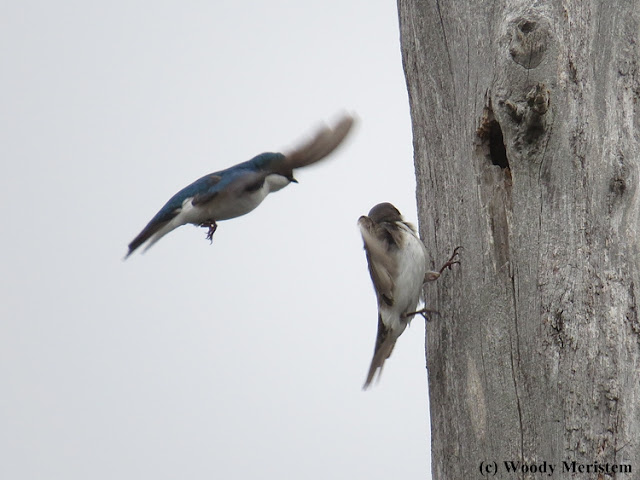 Occasionally the nest cavities are in wooden fenceposts – 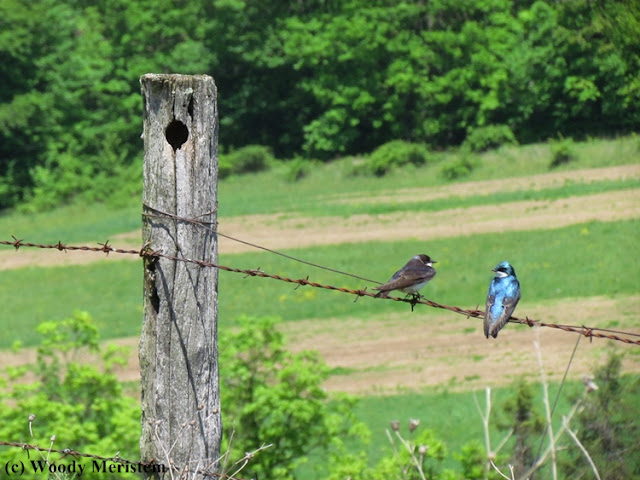 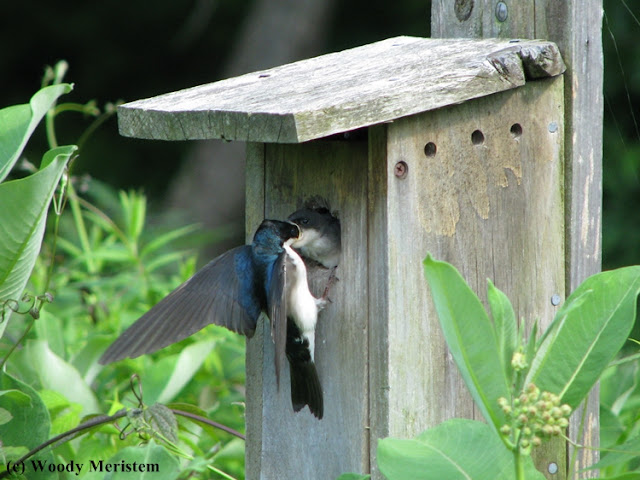 In mid to late summer all swallows, including tree swallows, gather in large flocks as they prepare to head south once again. Occasionally those flocks gather to bask on a sunny roof and soak up some rays. 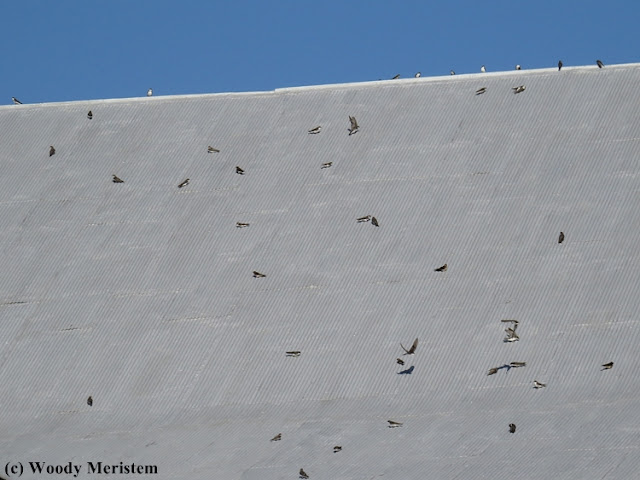 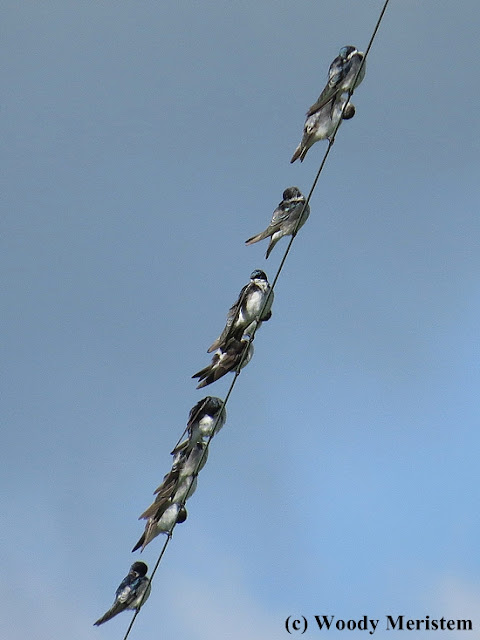 But those flocks are months from forming, for now we can enjoy seeing the newly arrived tree swallows flying above fields, lakes, ponds and large streams in their eternal quest for insects.

Posted by Woody Meristem at 4:32 AM 2 comments: