Took a walk down by the riverside where, for about three miles, there’s a narrow strip of woodland no more than 200 feet wide and a comparably narrow strip of occasionally mowed vegetation between the river and railroad tracks. On the other side of the tracks is an industrial area with some houses mixed in. Although the strip has a good population of gray squirrels, chipmunks and cottontail rabbits – and an occasional woodchuck, it’s not a place where anyone would expect to see larger critters other than wandering dogs and housecats.

So, on this day I was surprised to see a white-tailed deer standing at the edge of the wooded strip. 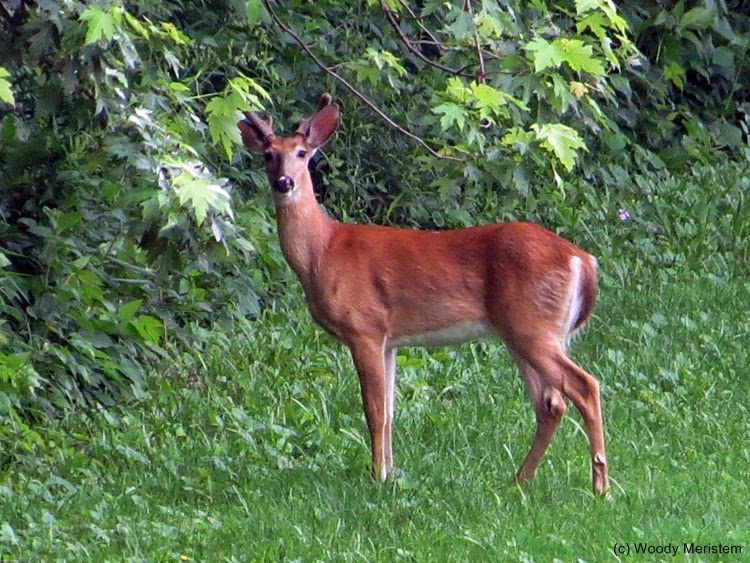 Took a few photos as a second deer joined the first. Both deer were bucks with antlers clearly visible. 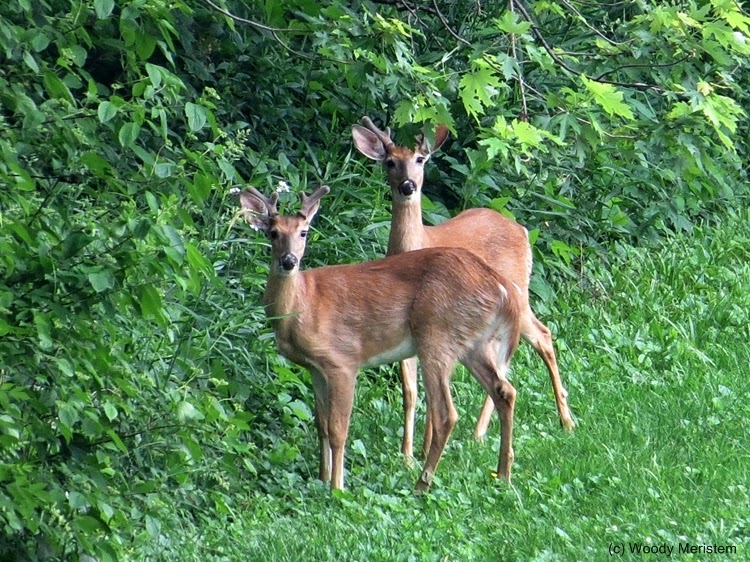 As I walked closer, the deer gradually walked into the dense woodland and stood watching me go past. The woodland is comprised of silver maple and a host of other species including invasive exotic species like Norway maple and Ailanthus. But the densest cover for the deer is the thick understory of invasive Japanese knotweed, which deer won’t eat. 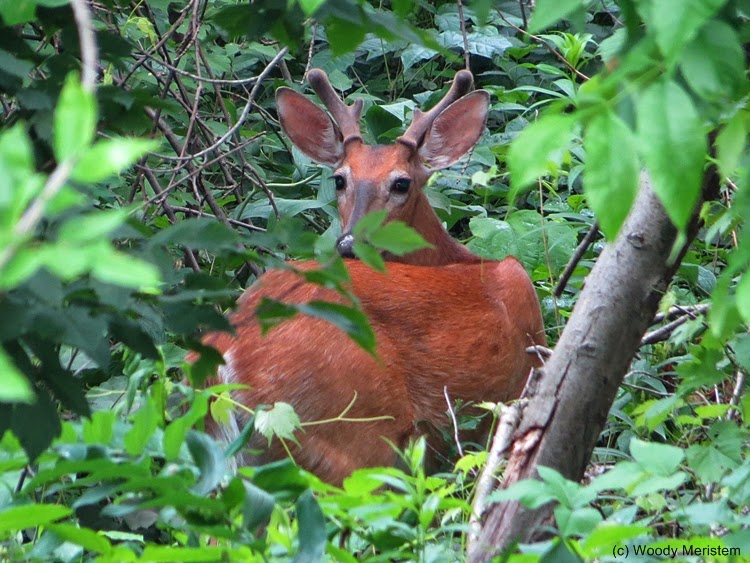 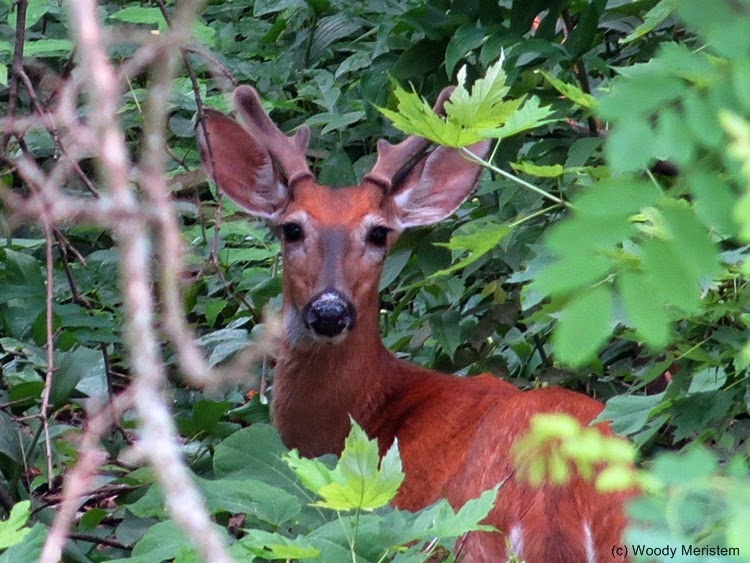 White-tailed deer are very adaptable animals evidenced by the high population densities they can reach in suburban areas. These two bucks bring a host of questions to mind: How long have the bucks been here? How far do they travel beyond this narrow strip, or do they spend all their time here? Are there does there too? Will the bucks leave; and if they do, where will they go? How many people have seen them?

If I was a bow hunter – which I’m not – these two bucks might tempt me to spend more time in this narrow strip of woodland and perhaps to hunt there.
Posted by Woody Meristem at 8:49 AM No comments:

Mom and the Kids


There’s a small section of the Big Woods where, over the last ten years, I’ve seen and/or gotten photos of a fairly small female black bear that has on multiple occasions given birth to three or more cubs.


The last time I checked one of my camera traps in the Big Woods it had a sequence of photos of a female black bear (possibly the one that’s produced so many offspring) and three cubs reacting to beaver castoreum* that had been painted on a fallen limb. In all, there were well over 80 pictures showing them rolling and laying on the branch.


In the sequence of photos one cub seems fairly indifferent to the odor while the other two spend quite some time at the branch.

The castoreum has attracted a good variety of wildlife: Two days before Mom and the Kids appeared, it was a male bear – 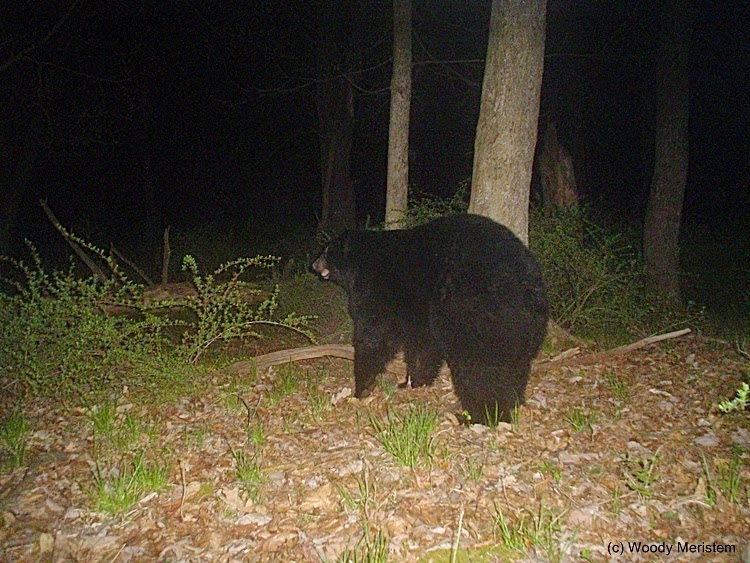 Nine days after the female and the cubs visited there was a day of heavy rain with 5 ¼ inches in the rain gauge at our house, then lighter rains on several subsequent days.  As much rain as fell that day, it apparently didn’t affect the attraction of the castoreum. The rain didn’t keep a white-tailed deer from stopping on the day of heavy rain – 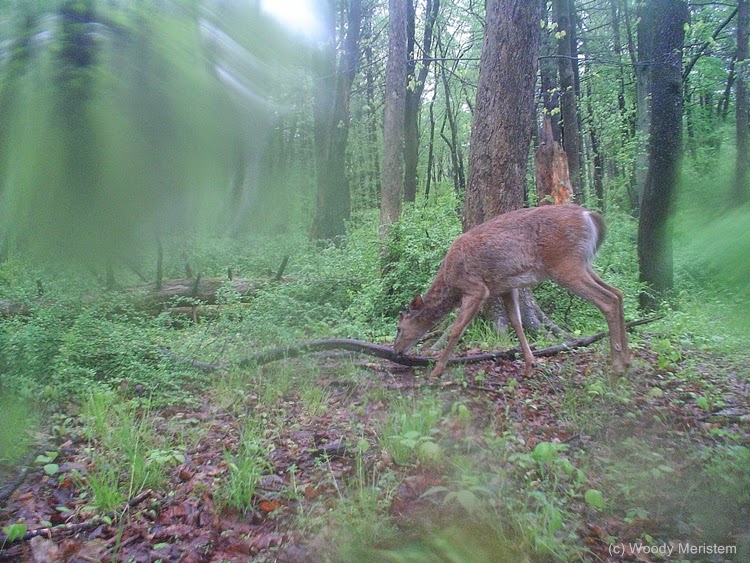 Very early in the morning of the sixth day after the heavy rain, when it was again raining, another bear stopped to smell the branch and was photographed through a rain-smeared lens – 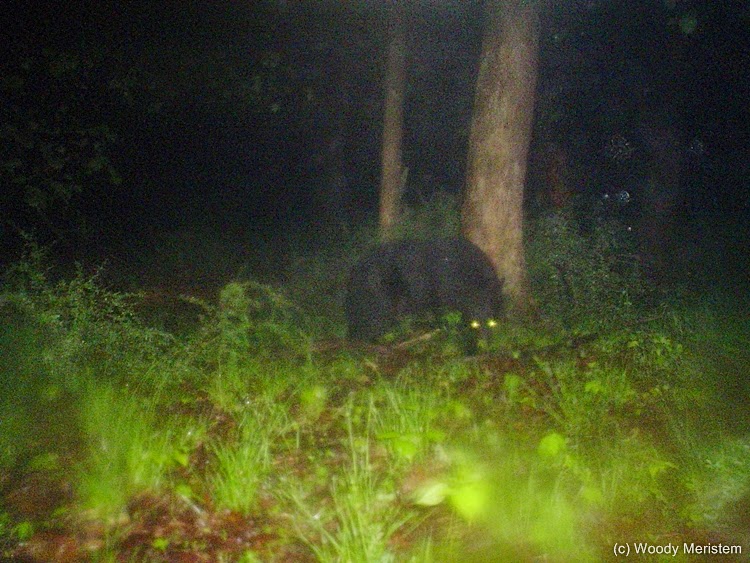 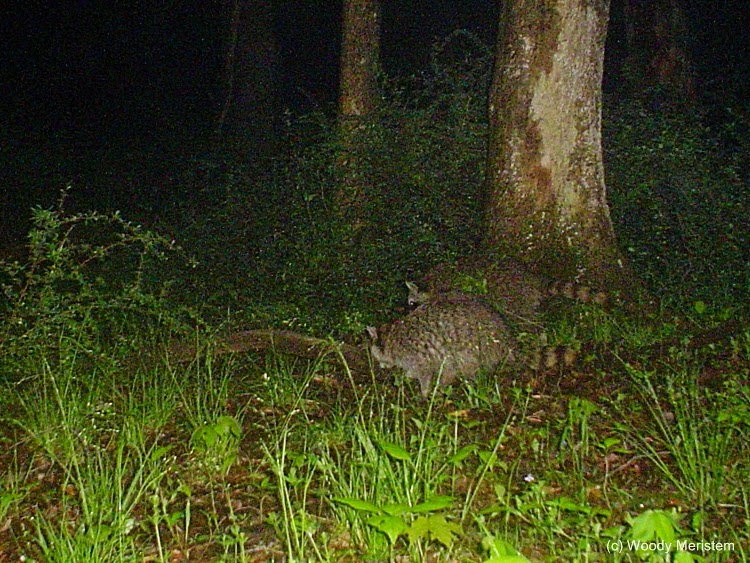 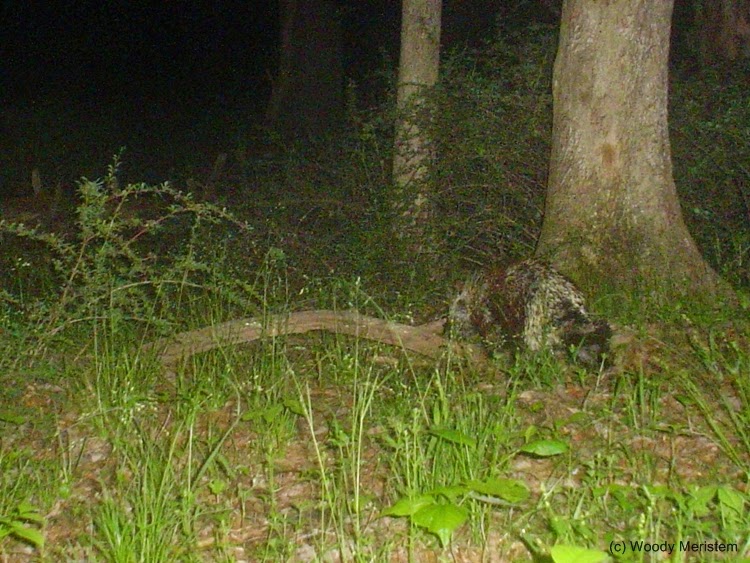 The odor of beaver castoreum is obviously irresistible to a wide variety of mammals.