Monarda is the name of a genus of mints that are found throughout northcentral Pennsylvania and far beyond. They’re the largest of all the mints growing here and are found in several different habitats.

The least common is basal balm or white bergamot that I’ve only found in disturbed sites in the shade along large streams. It does indeed have white flowers, but usually with fewer flowers on each flower head than the other two species. 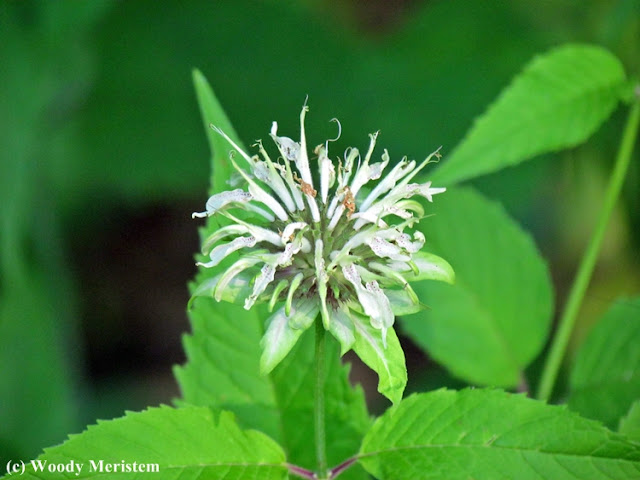 Basal balm, as the others bergamots, has an abundance of nectar that is attractive to insects – 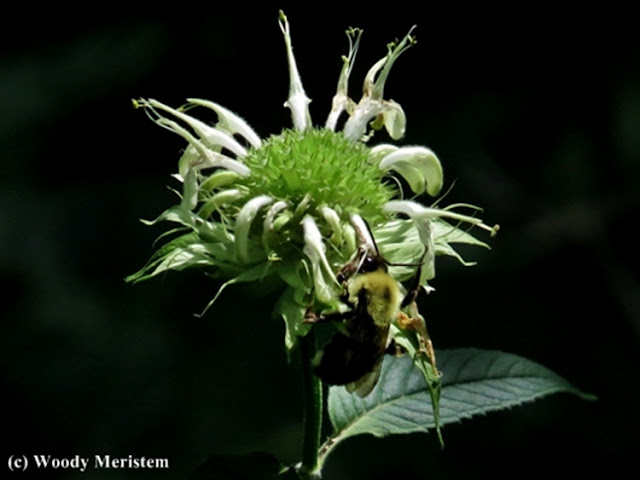 By far the most common Monarda here is wild bergamot, which grows readily in abandoned fields, roadsides and other sunny spots. In color the flowers range from white to various shades of lavender to purple – 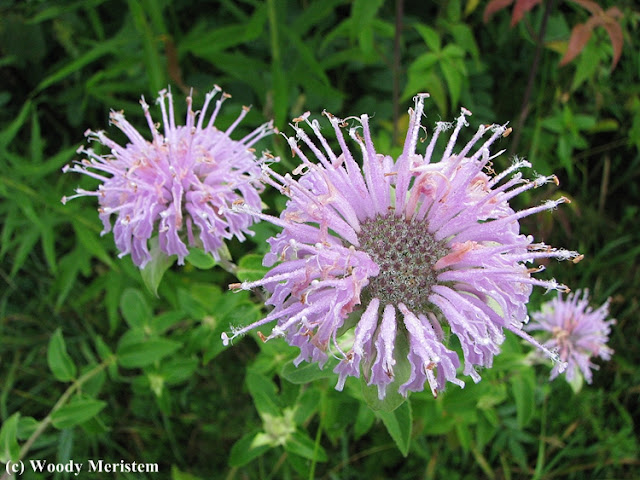 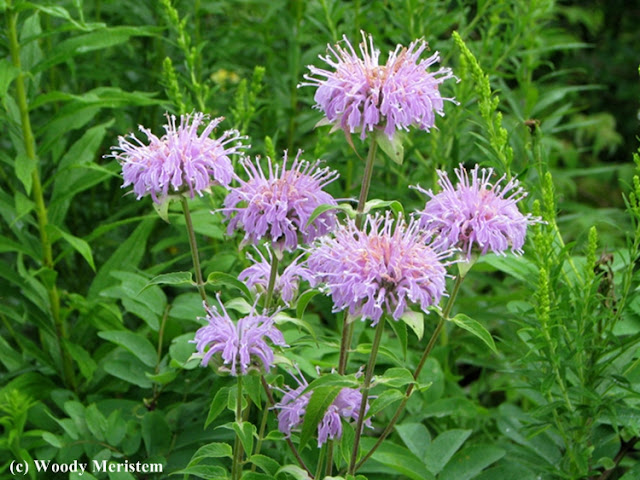 Butterflies are the most conspicuous and beautiful of the insects found feeding on Monarda; from the silver-spotted skipper – 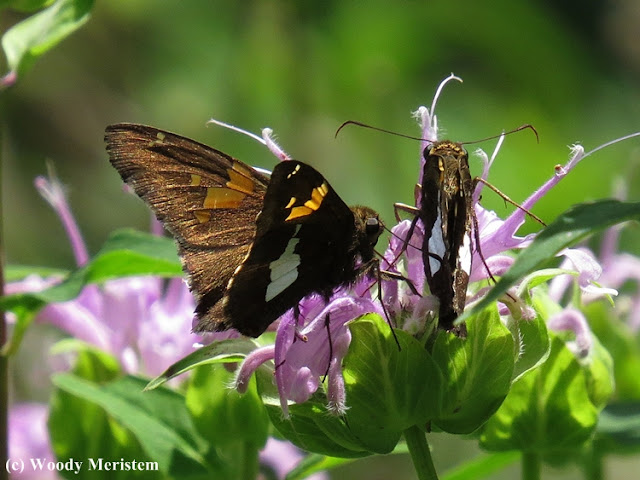 To the spectacular tiger swallowtail – 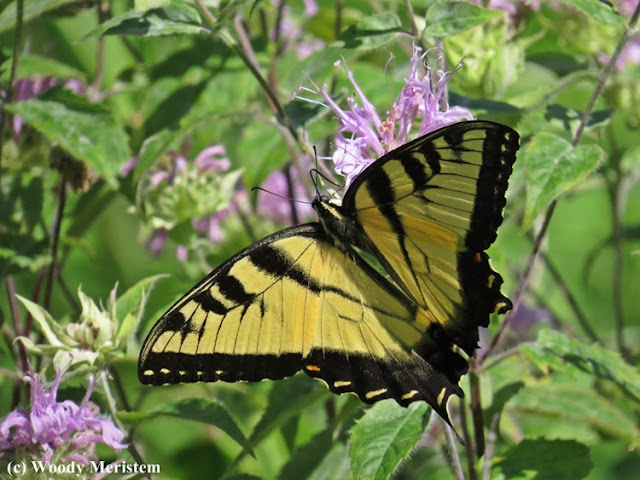 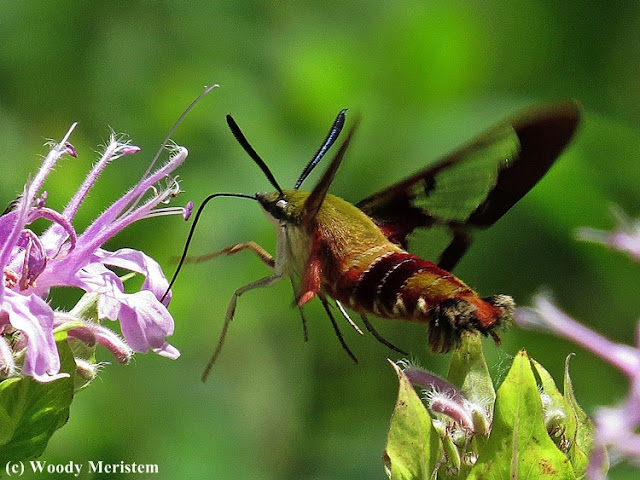 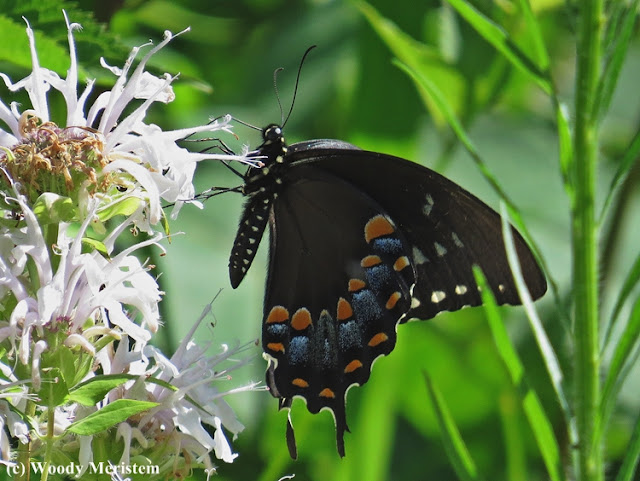 When we think of the various species of bergamot, the one that usually is first to come to mind is bee balm, the brilliant red flower that is native to cool, moist, shady sites along streams. 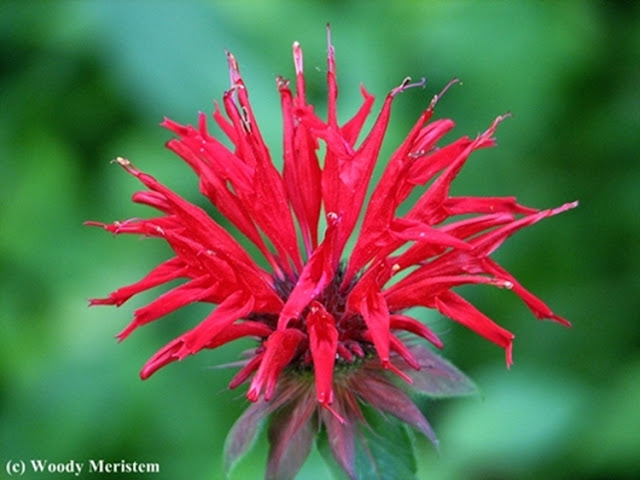 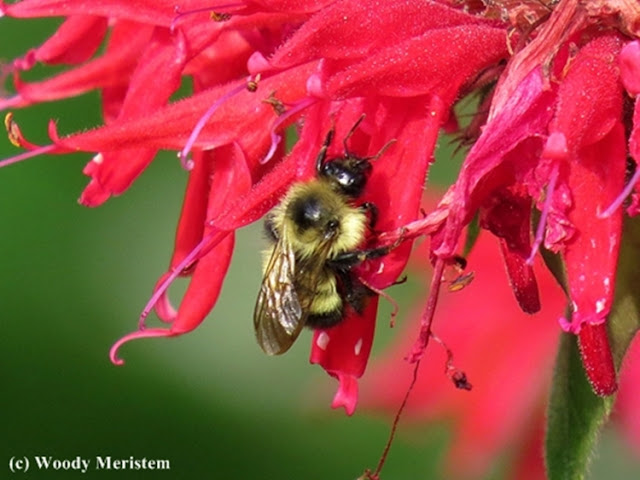 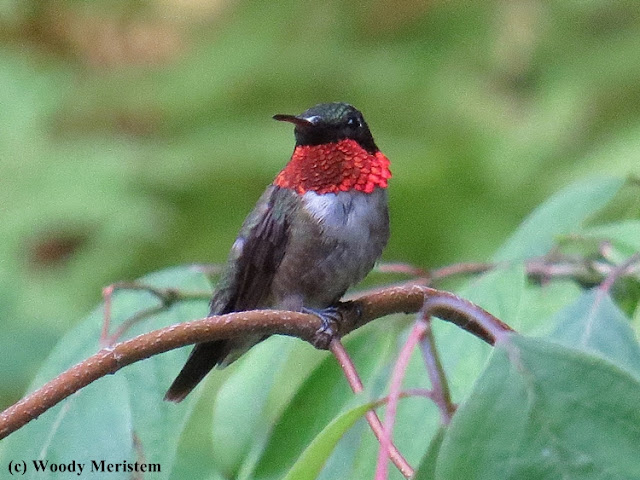 All of the Monarda species are flowers of mid-summer and will soon disappear for another year.

Posted by Woody Meristem at 2:07 AM 4 comments:

Messing About in Boats


“Believe me, my young friend, there is nothing - absolutely nothing - half so much worth doing as simply messing about in boats.”
So said Mr. Toad in "The Wind in the Willows" by Kenneth Grahame – and the toad was right.


And so, I took my canoe to the river on a beautiful summer morning to paddle around a large island. 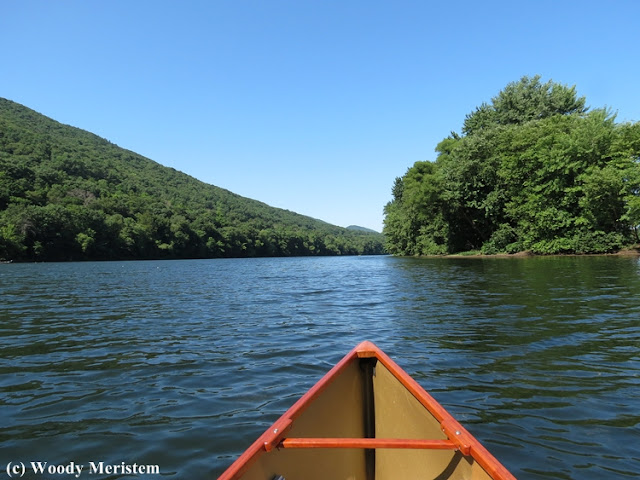 In addition to the blue sky, crystal clear water and trees gently swaying the wind there’s always something else to see. It may be the gnarled roots of silver maples that have been exposed by high water – 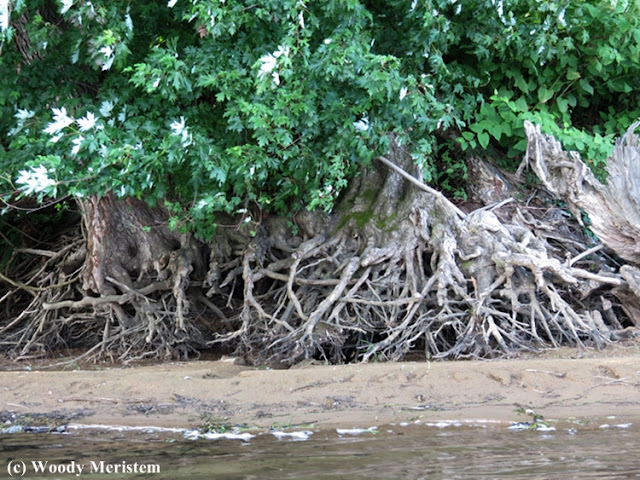 Or the string of small rocky islands, remnants of  boom cribs used during 19th Century log drives on the river – 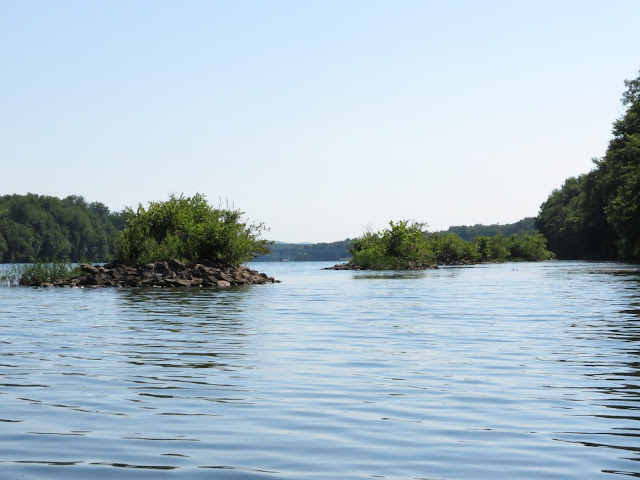 There were birds on the island, Canada geese – 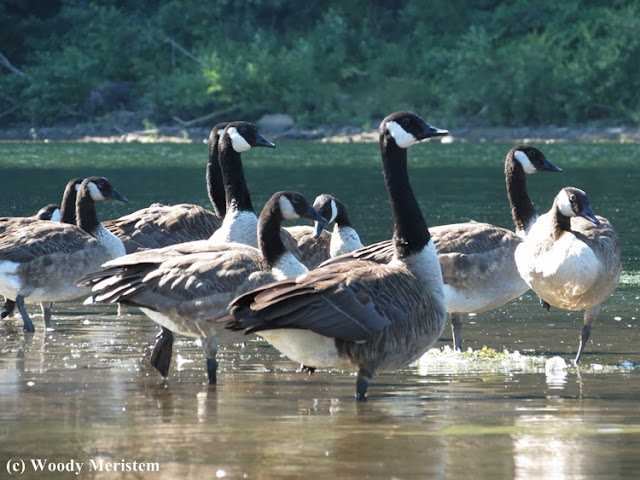 And a young belted kingfisher – 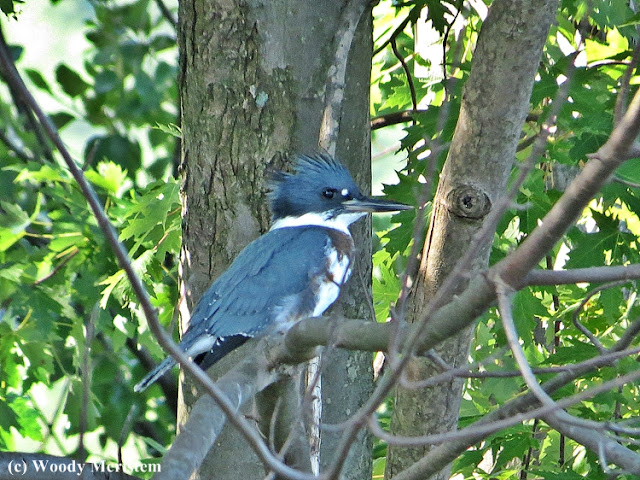 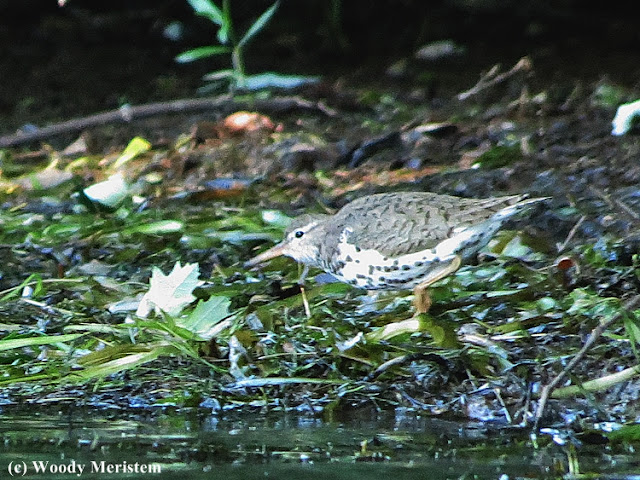 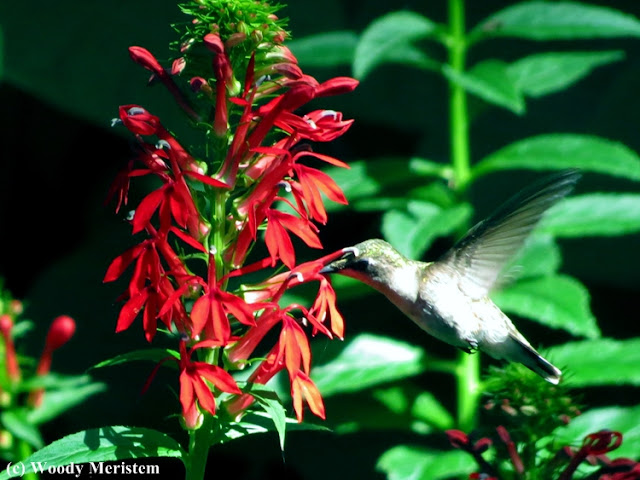 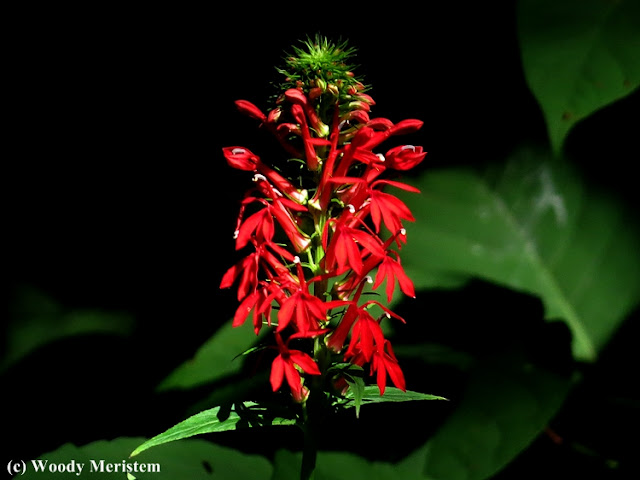 The cardinal- flowers weren’t the only colorful flowers in bloom, there was the beautiful and terribly invasive purple loosestrife – 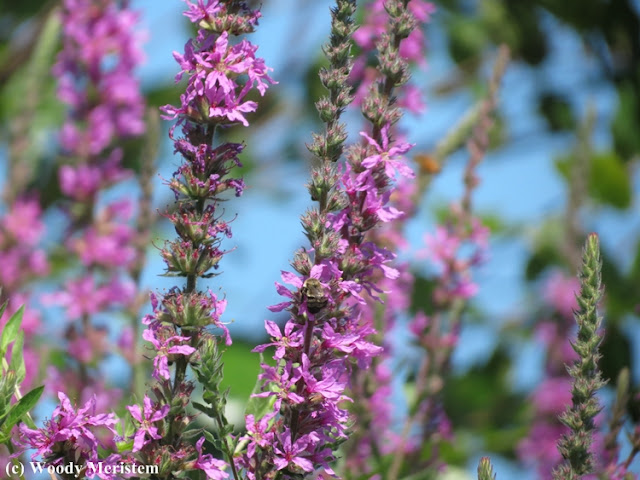 Plus a scattering of another species that has escaped from cultivation, garden loosestrife – 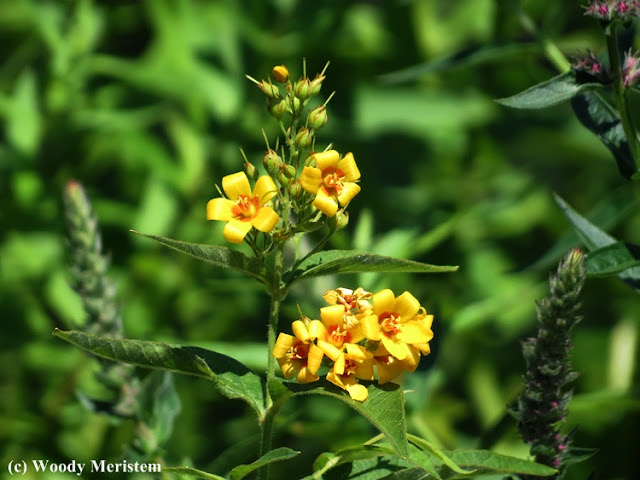 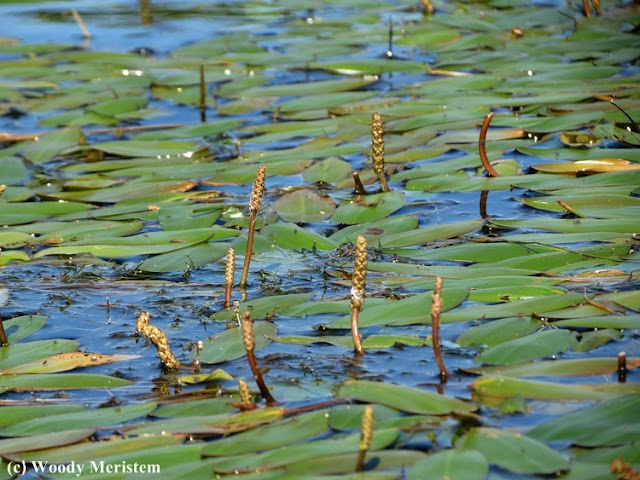 And, on the rocks of the boom cribs were button bush in flower – 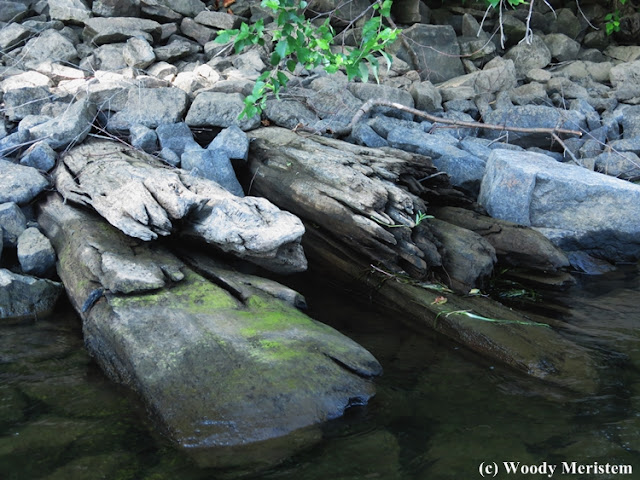 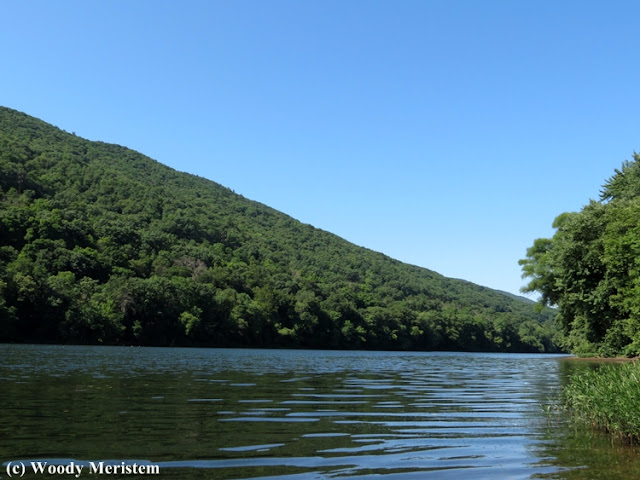 
Checked one of my camera traps in the Big Woods - at the location that has been very productive over the years. This camera trap is in an area that was once a cleared field but has reverted to a brushy forest. 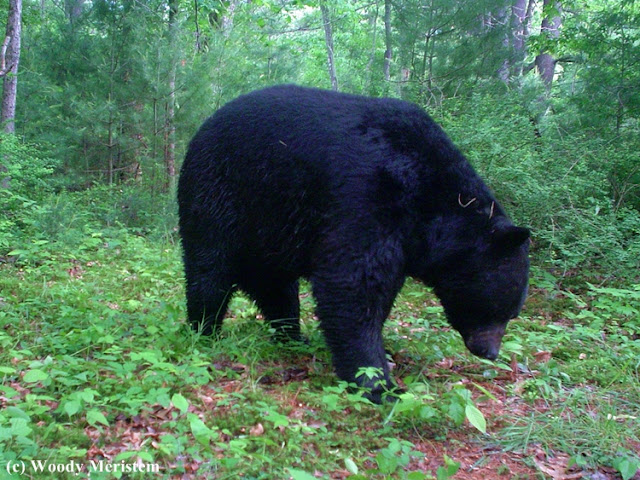 He appeared in mid-afternoon and spent time in front of the camera exploring a scent – perhaps that of the beaver castoreum that, quite some time ago, I’d placed on a piece of fallen limb. The camera took a photo every three to four seconds while he was there. He walked off camera and then returned. Some time later a bear again appeared but didn’t linger. Here’s a video comprised of the still photos –

Black bears are frequent visitors to this site – 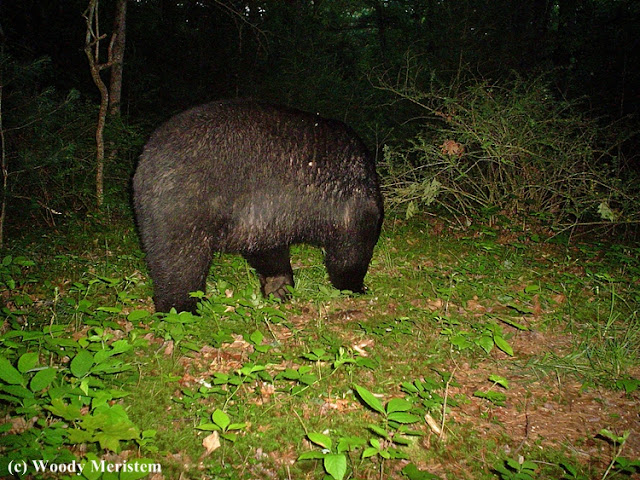 And eastern coyotes show up at roughly two-week intervals – 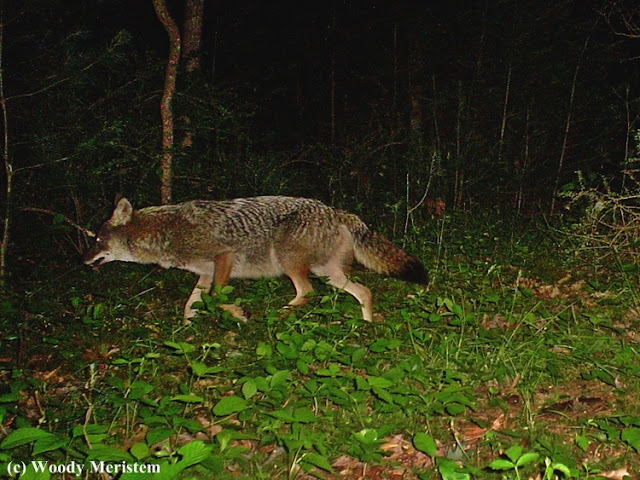 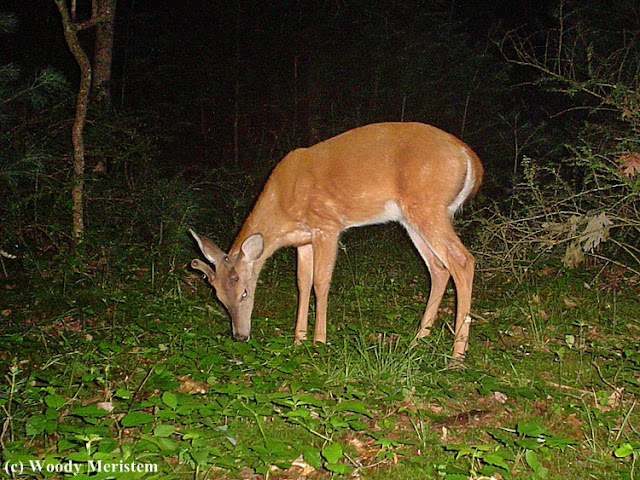 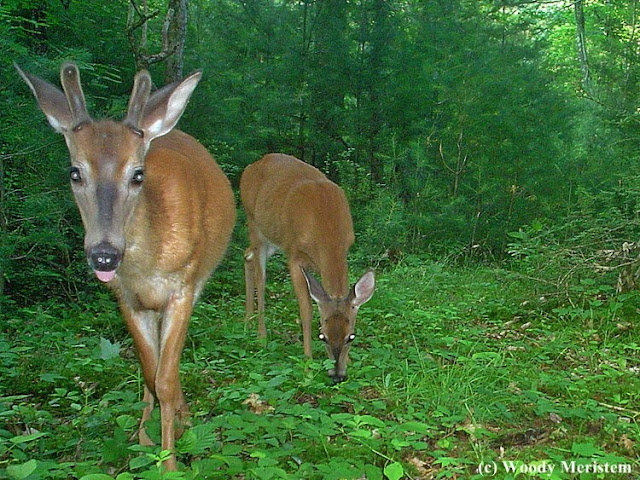 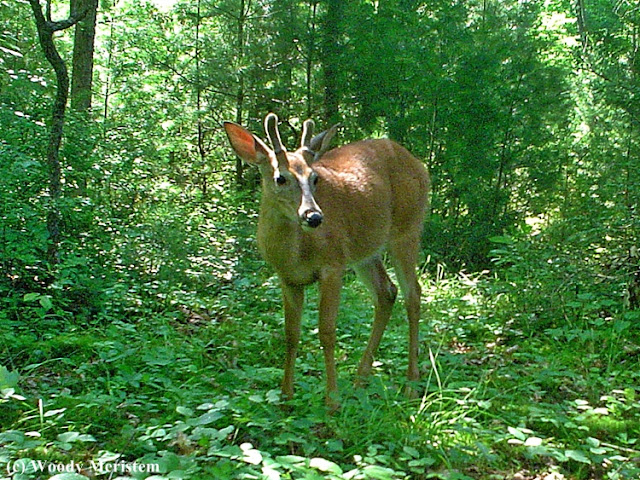 This location has yielded an abundance of  interesting photos over the years so I’ll keep a camera trap there.

Posted by Woody Meristem at 8:22 AM 6 comments: