The Brush Pile I


Ever since we built our house on this hillside over 40 years ago we’ve had a small brush pile out back where we dispose of branches that fall or are cut from the trees and shrubs around the house – discarded Christmas trees go there too. The pile has never grown much since decay and gravity break the material down at about the same rate it accumulates.

Every winter there are tracks leading to and from the brush pile and bird tracks all about. This spring I finally decided to put out a camera trap to watch the brush pile. The first month’s results, while not spectacular were interesting: 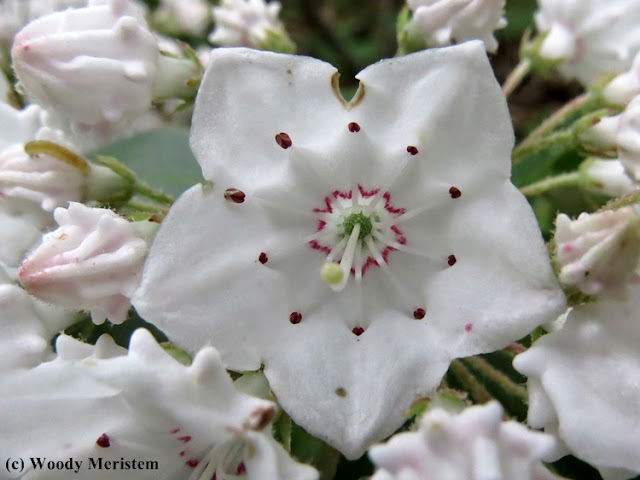 Some years there’s such a profusion of flowers on the shrubs that the entire plant appears white – or, in the case of some individual plants, light pink. 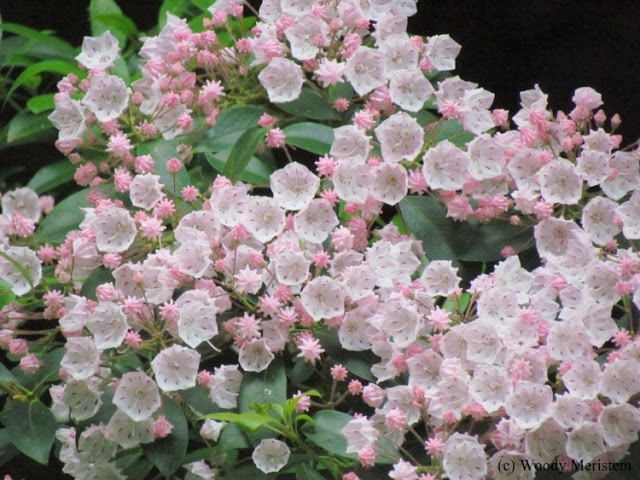 There’s no denying that the flowers are beautiful or that a forest full of blooming mountain laurel is a sight to behold. It’s a sight that draws people from near and far to drive the mountain roads. There are lots of “oohs” and “aahs” as cars full of folks who would otherwise never venture off a paved road traverse the dirt and gravel roads to see the flowers. 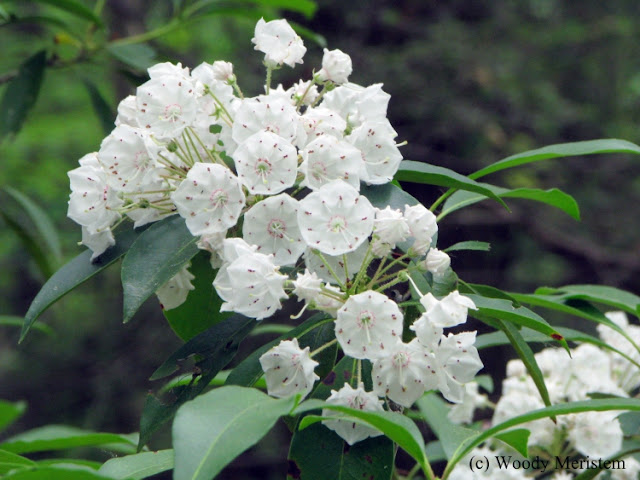 Mountain laurel occupies hundreds of thousands of acres in Pennsylvania, typically growing as an understory shrub in forests dominated by a mixture of oak species. Here it does best on fairly dry, acidic, infertile soils and is often accompanied by black huckleberry.

Call me an old grump, but having spent much of my working life walking through forests with a dense understory of mountain laurel I’m not a fan of the plant. In many places mountain laurel grows from four to ten feet tall with an interlocking maze of twisted stems – 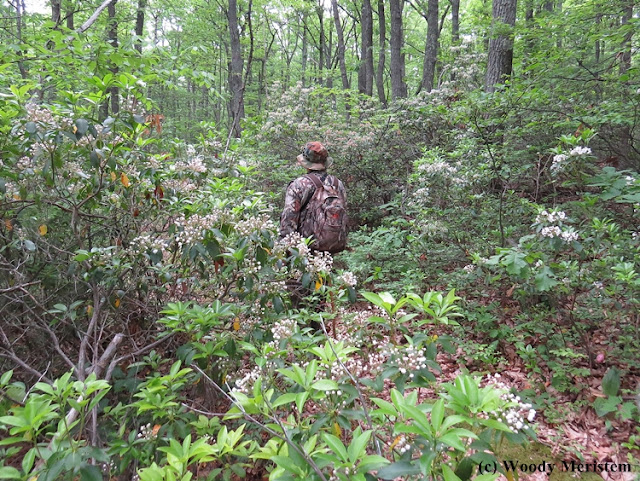 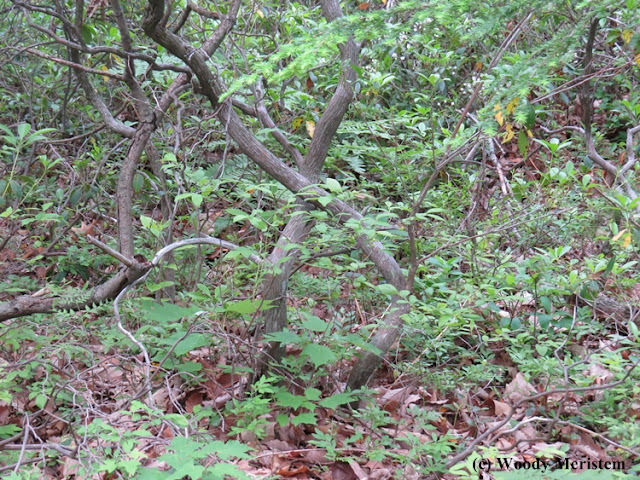 The heavy shade cast by the plants and their dense root mats, which quickly absorb available water, can dramatically reduce the ability of tree seedlings to survive and grow. 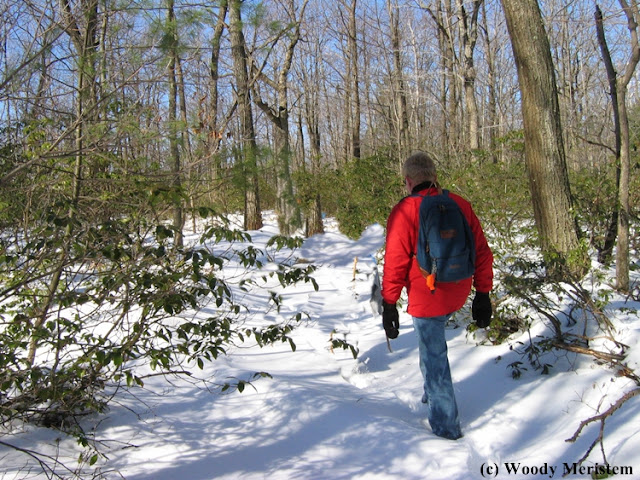 In addition to the pretty flowers there are two redeeming qualities to mountain laurel, or at least to the places it grows in profusion: it’s a good place to find pink lady’s-slipper in bloom – 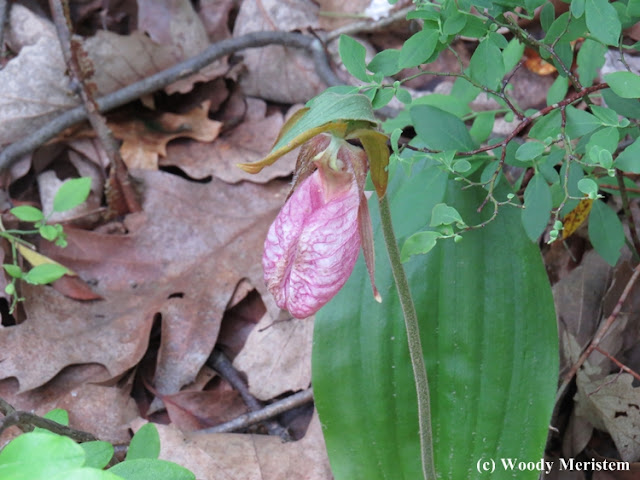 and it’s a good place to find timber rattlesnakes – 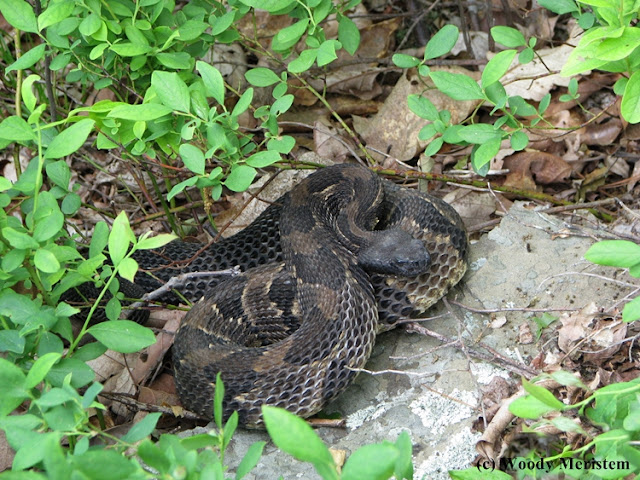 A Not So Precious Emerald


Emeralds are beautiful translucent green gems that are valued throughout the world. Here in northcentral Pennsylvania our forests have emeralds – but not the precious gem kind. These emeralds are emerald ash borers, an insect, one of the metallic woodborers. 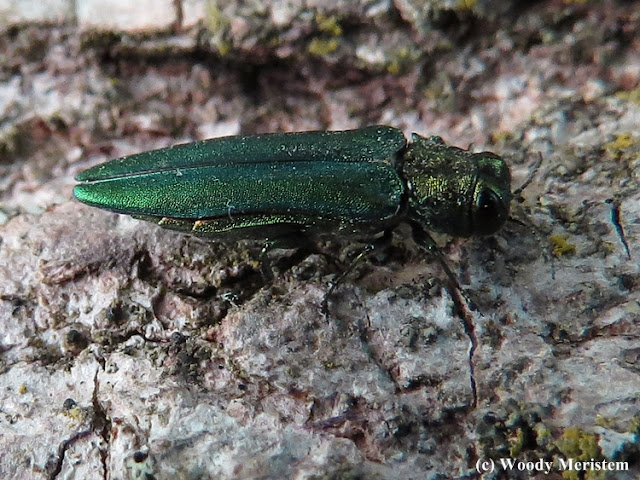 The emerald ash borer is less than an inch long and is, indeed, emerald green. It was apparently introduced from northeast Asia, where it is native, by way of ash lumber used in packing materials. Fist detected in Michigan in 2002, it has since spread to many other states killing an estimated 50 million ash trees in the process.


Emerald ash borer became noticeable in the Big Woods about six years ago when ash trees began showing the diagnostic light patches of bark – which means the beetle had arrived several years earlier. 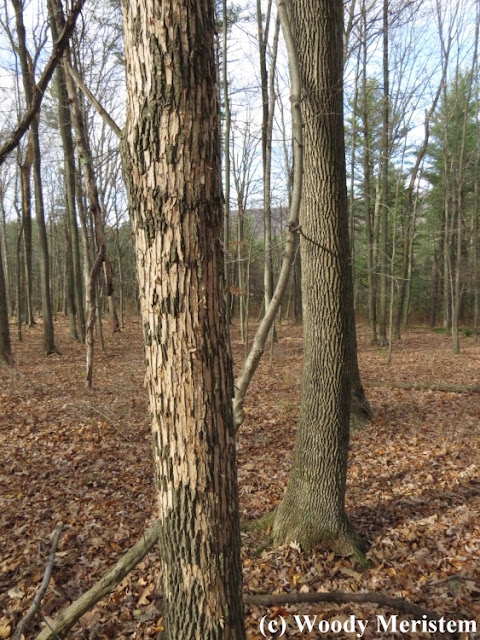 The light patches are created as woodpeckers flake off the bark’s outer ridges in their search for beetle larvae.


The woodpecker’s flaking of the bark does the tree no harm; it’s the beetle larvae’s feeding galleries girdling the tree which result in the tree’s death. The larvae feed on the cambium layer and the inner bark (called phloem); once the maze of galleries is dense enough the tree dies. From the time the emerald ash borers first begin feeding on a tree until it dies seems to take about three years; from the time it arrives in an area until virtually all the ash are dead is often less than ten years. 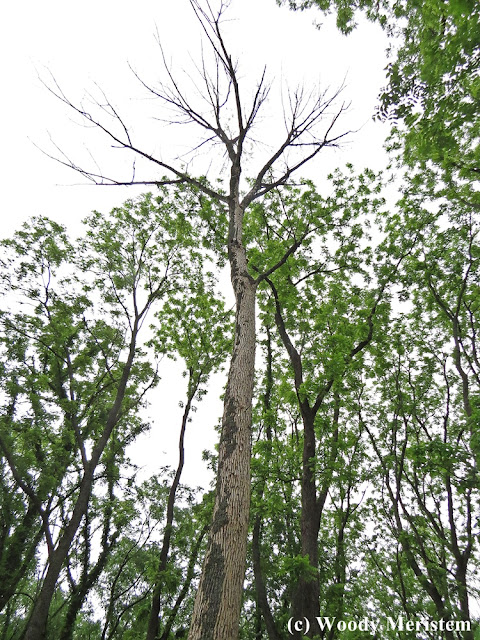 Beetles emerge from beneath the bark through “D”-shaped holes during late May and June. 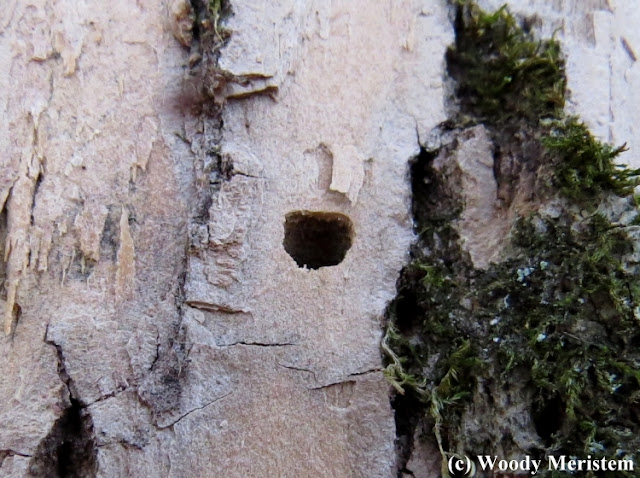 The beetles then mate and the females lay their eggs on the bark of ash trees, typically in July. The newly hatched larvae bore through the bark, feeding and growing throughout the fall. With the advent of cold weather the larvae create chambers in the wood below their feeding galleries and overwinter there. In the spring the insects pupate, changing to their adult form. 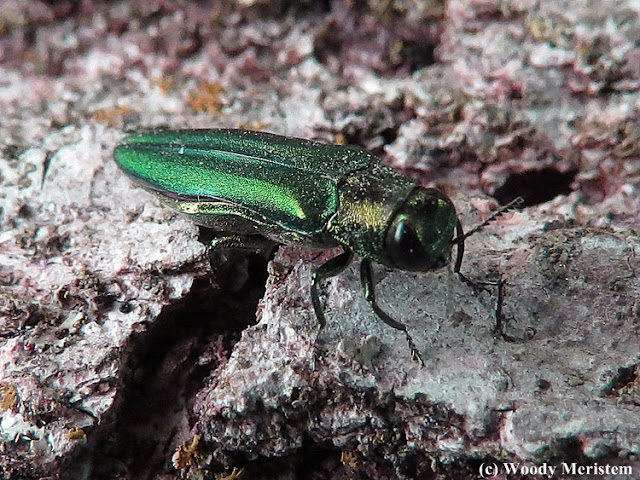 All this may be old news to people in Michigan, Indiana and Ontario where the emerald ash borer has been killing ash trees for over a decade, but here the ash has only been dying for a few years and the folks in northern New York and New England have yet to see its effects.


Forest landowners in this area are preemptively cutting their ash trees before they die since ash logs deteriorate rapidly and lose their economic value. The ash on our property succumbed to the emerald ash borer last year – the wood now graces our firewood pile. A tree that three years ago looked perfectly healthy by last summer had but a few scattered leaves, given the maze of galleries beneath the bark, it would not have survived another year.

Unless biological controls which can successfully control emerald ash borer are found it looks like we can say good-bye to ash baseball bats, snowshoe frames, hockey sticks, tool handles and flooring. Yes, I know that maple is increasingly being used for bats now, and most new snowshoe frames are aluminum, and modern hockey sticks aren’t made of ash, and many tool handles are fiberglass and oak is more popular for flooring. But ash is flexible and strong and shock absorbing and traditional – and as an old fuddy-duddy I prefer ash to aluminum and fiberglass.
Posted by Woody Meristem at 11:40 AM 4 comments: