Peregrines by the Pair

Peregrines by the pair, not a partridge in a pear tree this week before Christmas – oh, and they're in a black locust tree.

There are at least three peregrine falcon nests within 25 miles of the house, all beneath bridges although one pair had initially established a cliff nest at a historical nesting location.

This pair spends a lot of time in a tree about 300 yards from the bridge pillar where they nest and it’s the pair which you will see here. An abundance of rock pigeons at bridges and in town provides them with a readily available food supply so they spend the winter here.

I was walking along the river in the morning and there they were, in what seems to be their favorite tree about 300 yards from the bridge pillar where they nest. This pair is habituated to humans so I was only about 125 feet away and spent 15 minutes watching and photographing them – here they are: 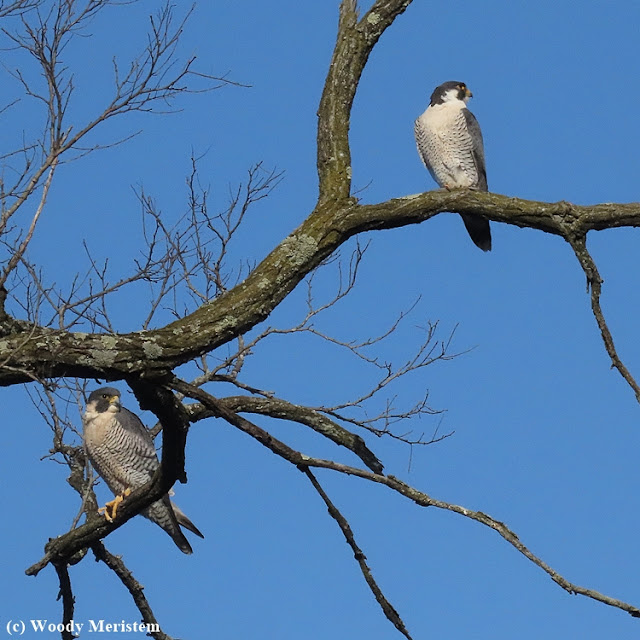 The male is the smaller bird with a pale breast – 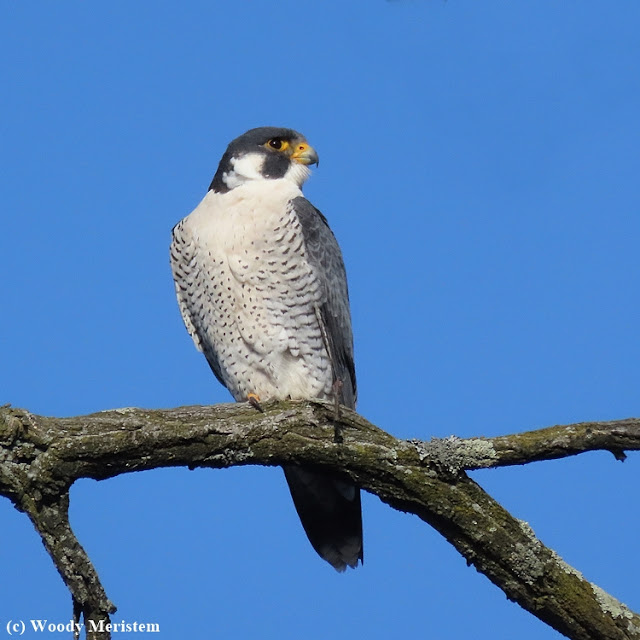 The female, typical for raptors, is larger; she also has heavier barring on her breast – 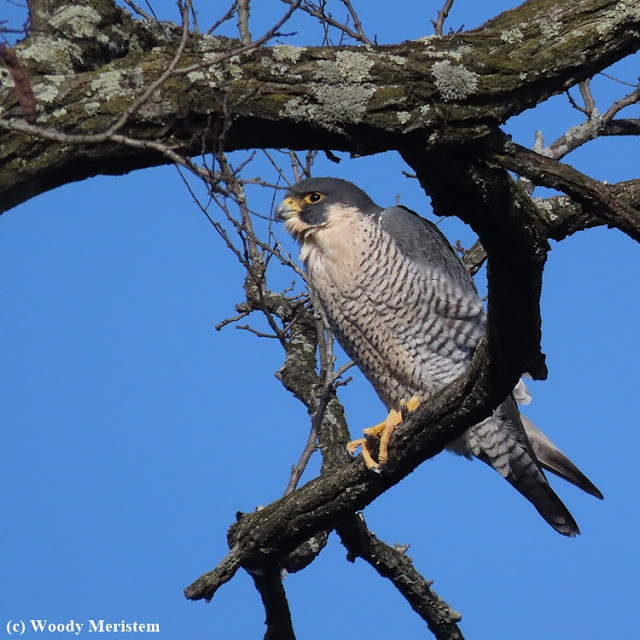 The view of the female was partially obscured by branches and twigs. Fortunately the male was in the open and provided an abundance of photographic opportunities as he looked around – 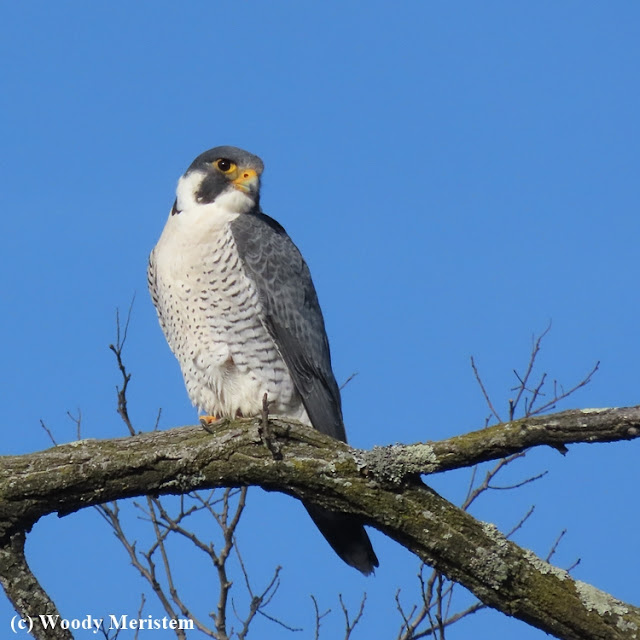 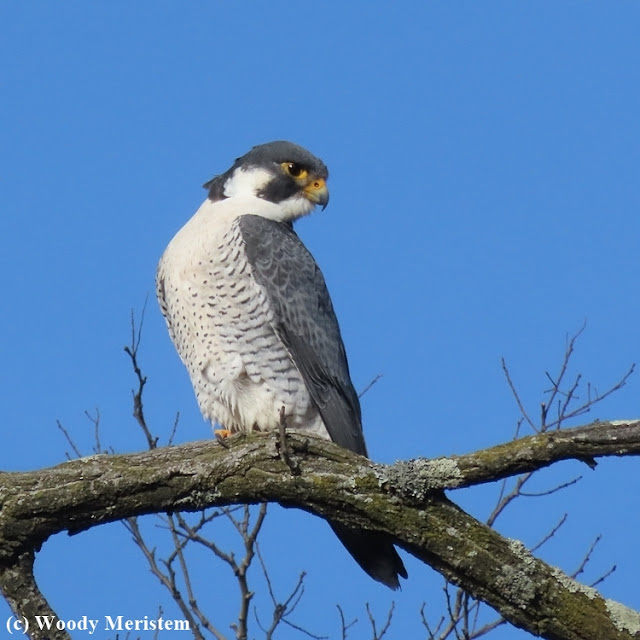 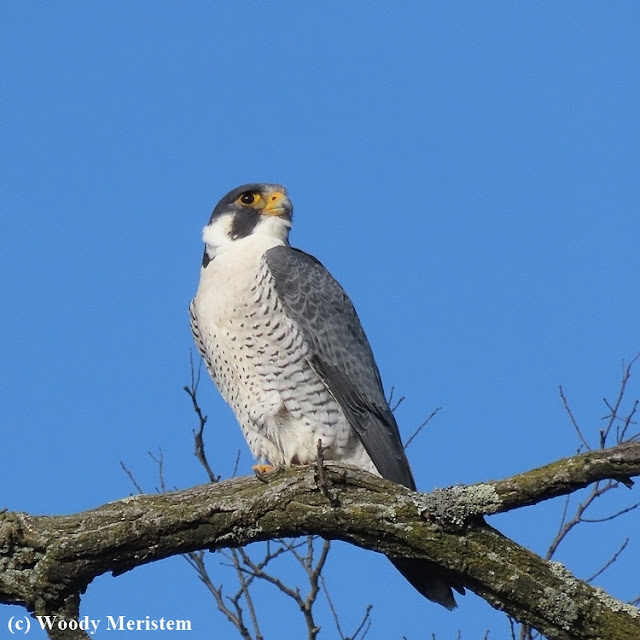 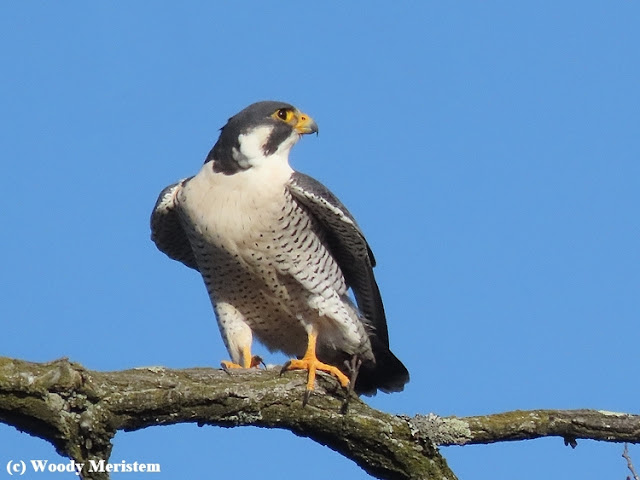 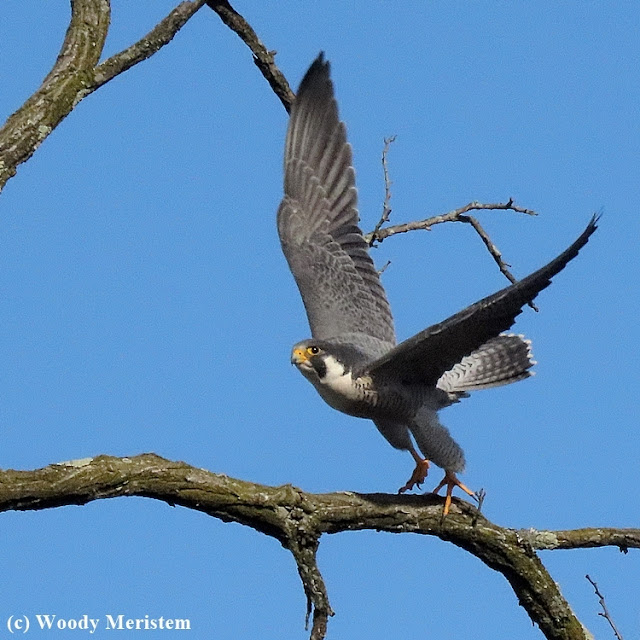 Opinions differ somewhat but peregrine falcons have often been considered the fastest birds in the world, attaining a speed of up to 242 miles per hour (mph) in a dive. Their speed in level flight can be from 40-70 mph. 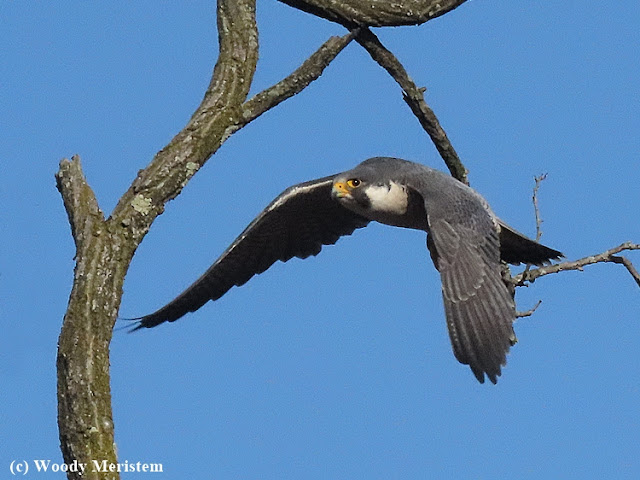 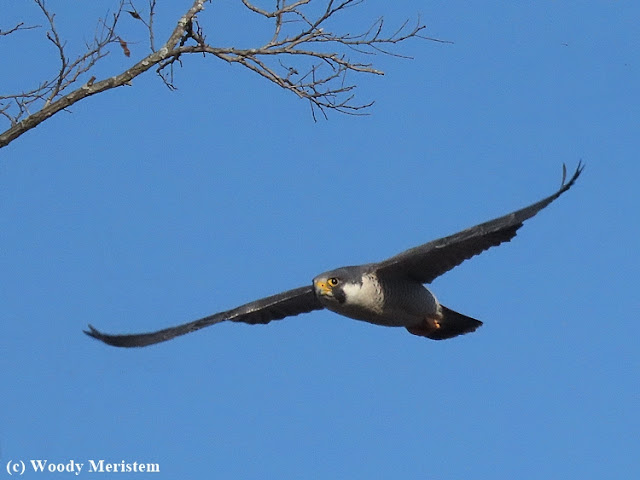 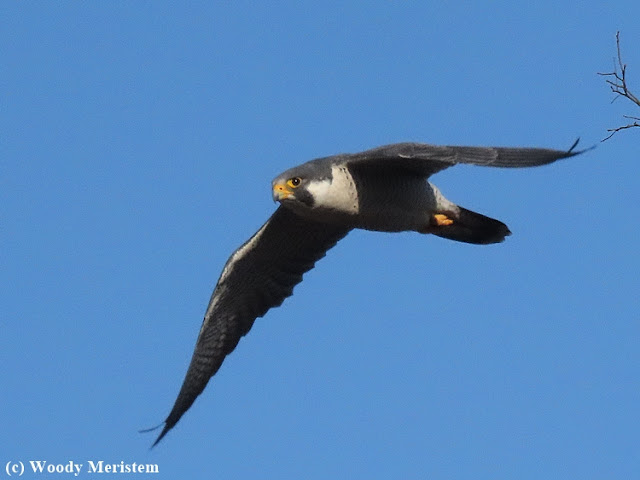 The male’s long pointed wings swiftly propelled him up over the river and the female soon joined him as they went out of sight.

I’ve been fascinated by peregrines ever since seeing some in the captive breeding facilities at Cornell University in the 1970s, when they were critically endangered. Their populations had plummeted after the widespread use of DDT caused nesting failures.

Curtailing the use of DDT and reintroduction efforts by many organizations and individuals have restored the peregrine falcon as a nesting species in the northeast – how fortunate we are.

Posted by Woody Meristem at 7:40 AM

Spectacular pictures! Peregrines are still unusual here but eagles are getting more common.

What a beautiful bird, I was lucky enough to see one last fall. Your photography is wonderful! Wishing you a very Merry Christmas Woody! 🎄

Awesome series on the Peregrine Falcons. It is great seeing the pair together.
Great post! Thank you for linking up your post. I appreciate your visits and links this past year! Merry Christmas to you and your family! I wish you all the best in 2022, a Happy and Healthy New Year!