The Waterfall Tour - Part I

We took a trip north during which I had a chance to visit some waterfalls. Now I’m a sucker for waterfalls, seldom passing up a chance to view and photograph a nice waterfall and repeatedly visiting some that I’ve been to before.

On a misty, rainy day we visited the first of two streams that I’ve never seen before, both of which have nice waterfalls. The streams and falls will remain nameless since both areas already receive quite a bit of use and are showing signs of that impact. 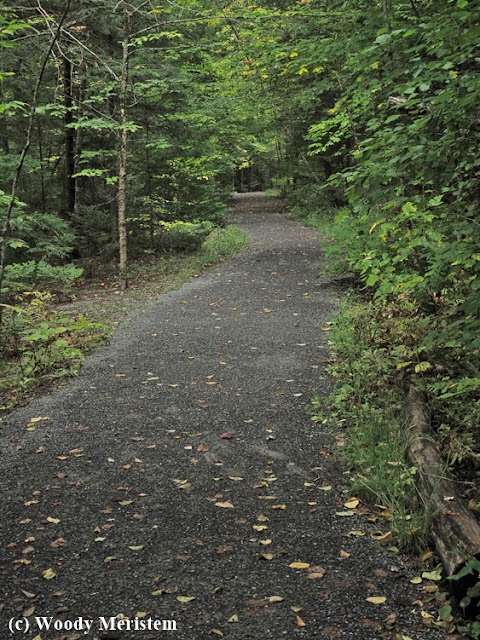 The trail follows a stream with a series of beautiful cascades. How do you  differentiate between a cascade and a waterfall? I have my own criteria, yours may differ, it's very subjective on this stream – 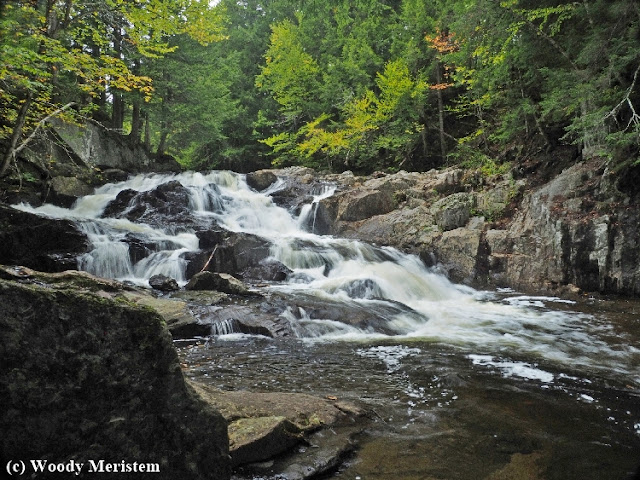 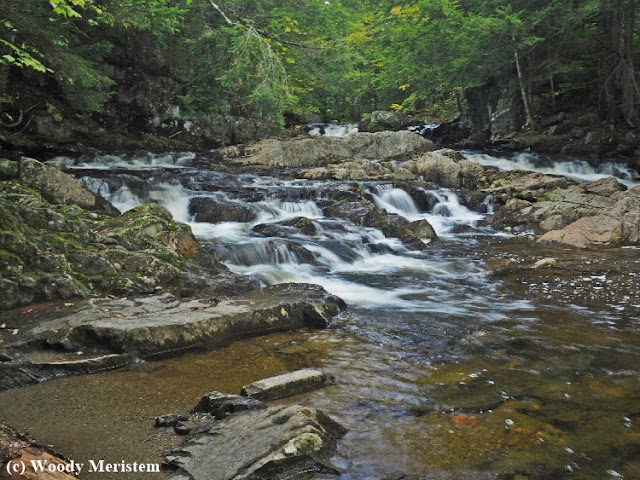 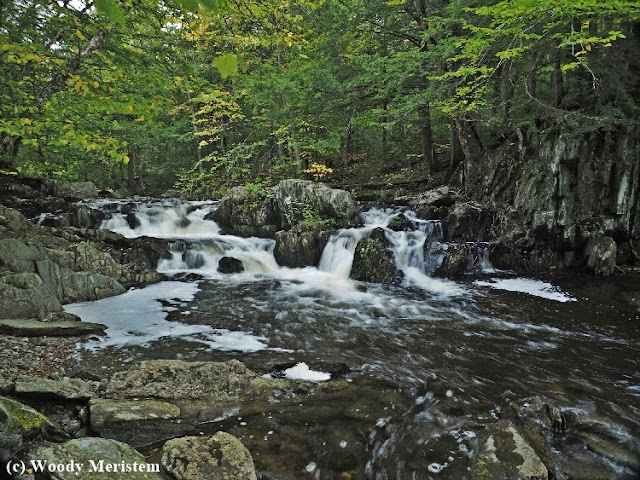 Until we come to the first waterfall – 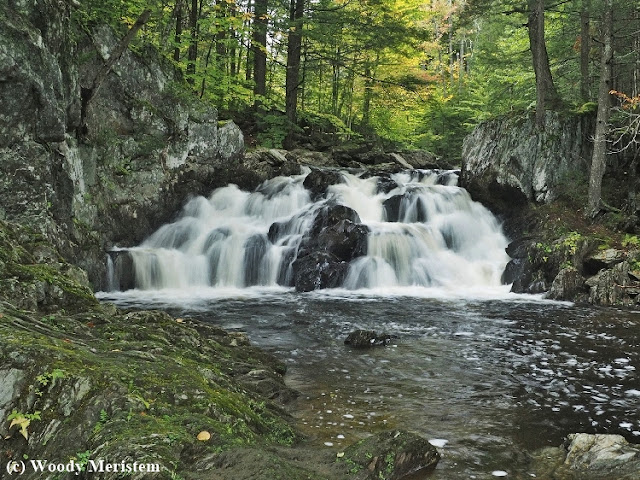 Past that waterfall there’s another – 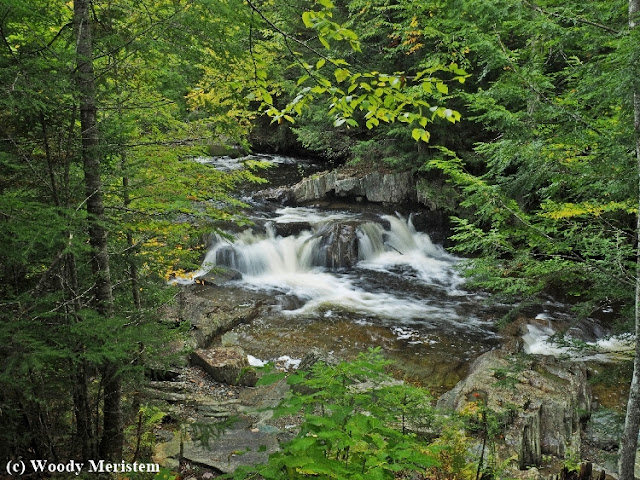 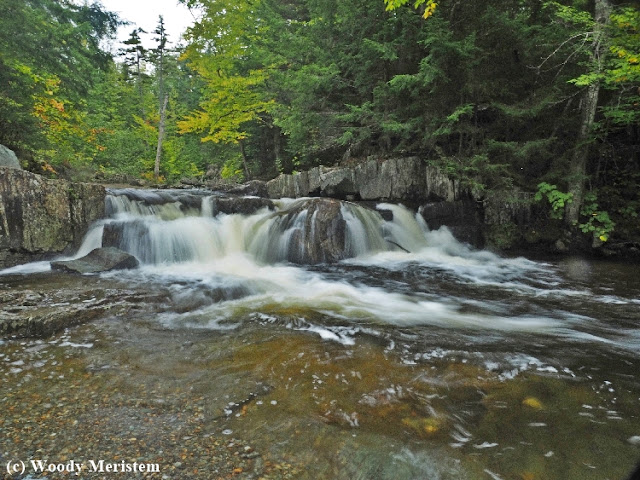 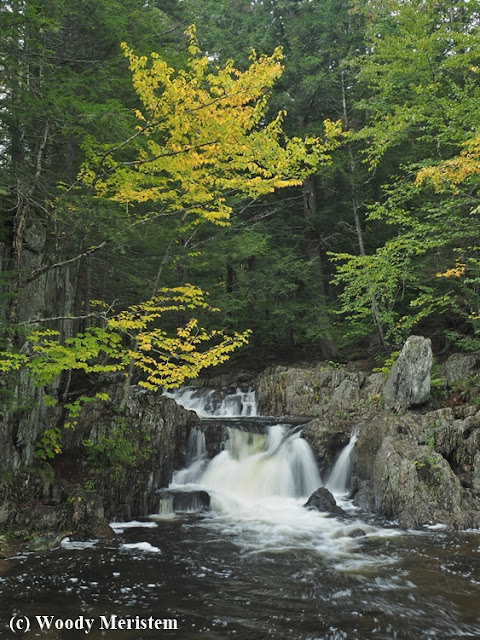 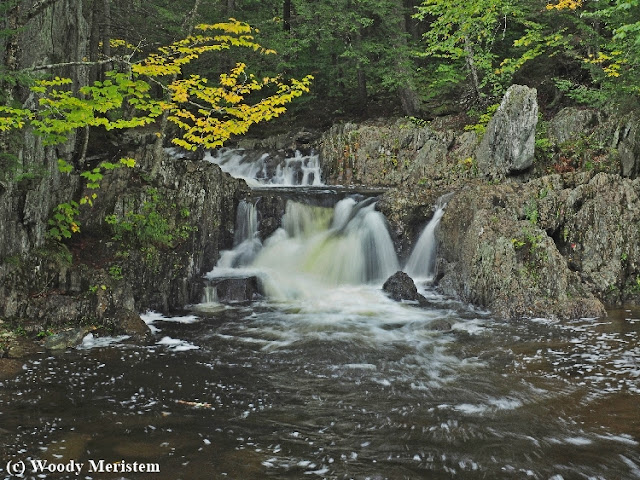 Finally the water drops over a low ledge – 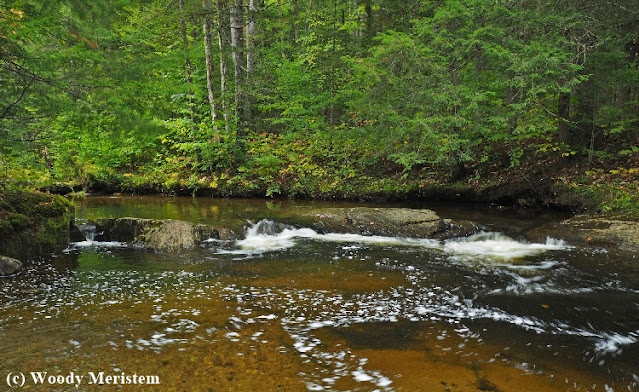 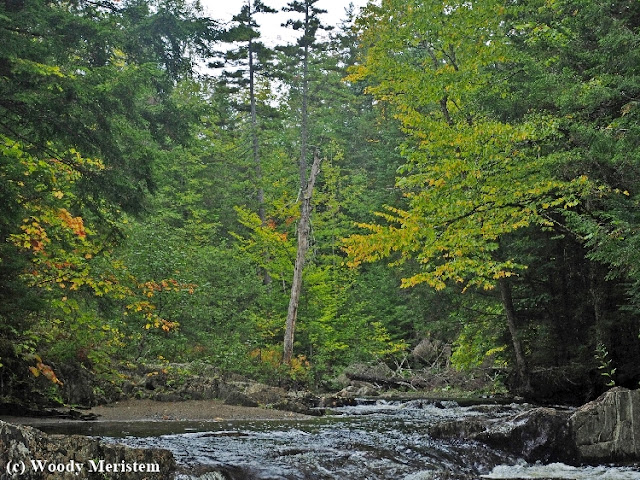 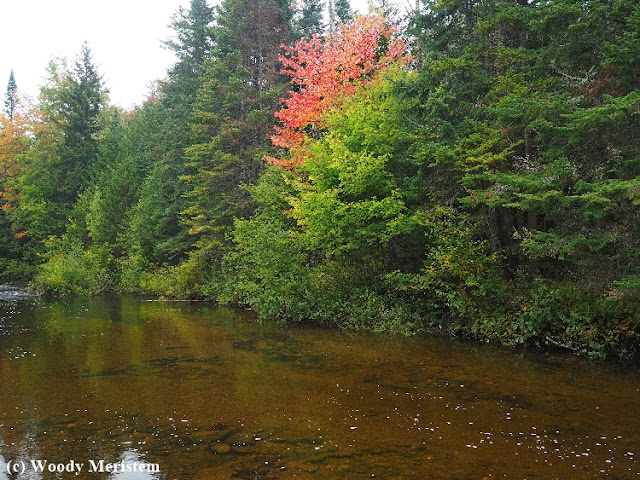 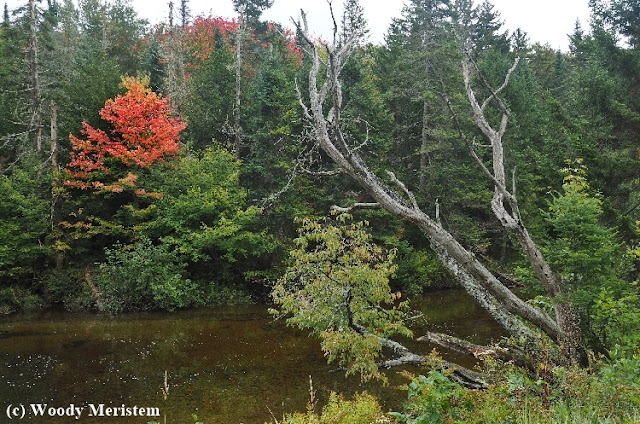 As you can tell by its tea-like color, this stream originates in a large wetland where the decaying vegetation colors the water.

Posted by Woody Meristem at 5:19 AM

It's lovely. Your leaves are not as far along as ours here in NH. Hoping we will see more color when we visit Eagle's Mere next week.