Many years ago an old forester asked me if I skied and I replied yes, cross-country. He went on to warn me against downhill skiing because my profession required a lot of walking over hill and dale in rough terrain and he felt that downhill skiing was sure to result in lasting leg injuries.

Well, I’ve never downhill skied but our son and his family are avid and excellent downhill and backcountry skiers. For years I worked for a fellow who’d been in the 10th Mountain Division during World War II and had skied until his death in the 1990s. Those connections to downhill skiing plus the fascination with big machines of this little boy, grown much older, made the process of installing new towers for a ski lift interesting to watch.

The towers were being installed at one of the larger downhill ski areas in the east using a helicopter which appeared to be an Aerospatiale Super Puma owned by a company based in Quebec.

Ski areas are not at all natural, are disruptive of vegetation and wildlife, use large quantities of energy and are scars on the landscape, but the construction of lift towers is interesting nonetheless – 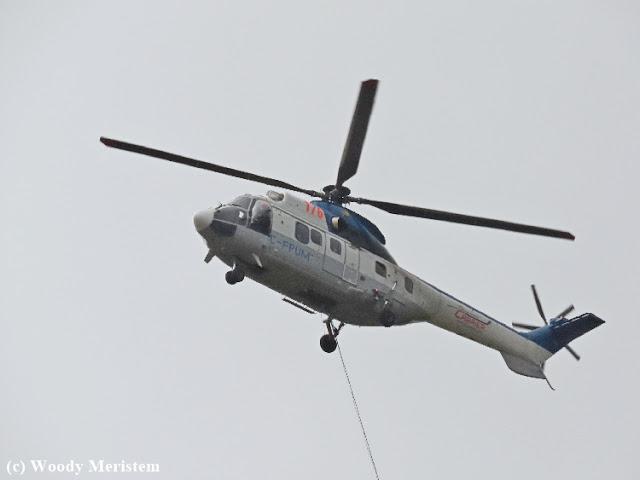 Rigging crew with parts and pieces at the landing zone – 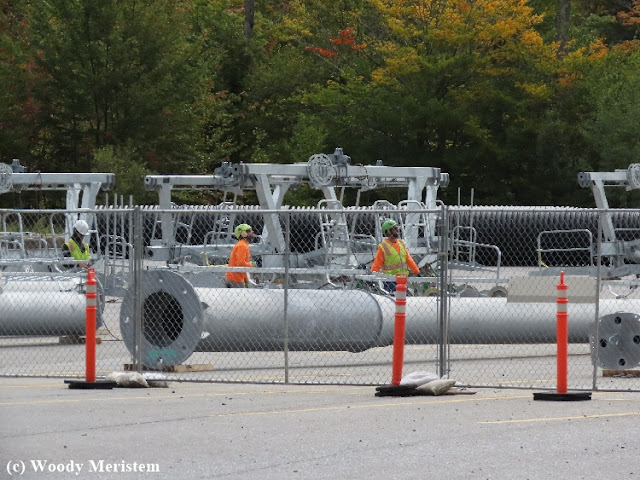 Refueling the helicopter; note the “bubble” through which the pilots can watch their load and the crews on the ground below – 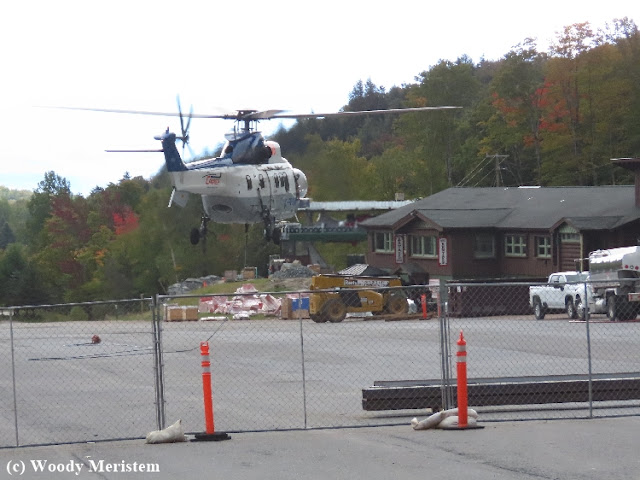 Carrying up the crossarm – 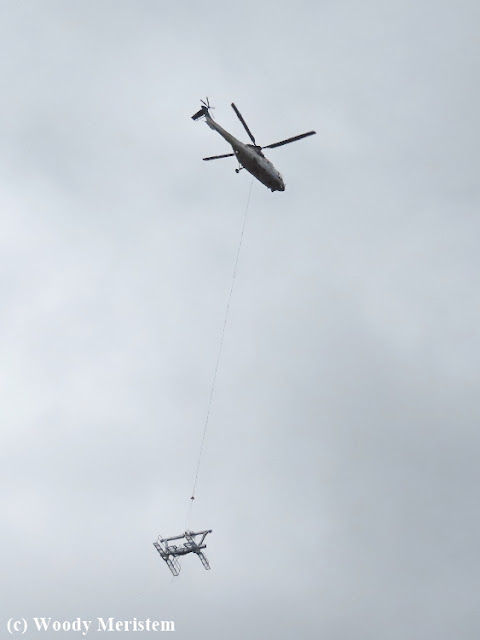 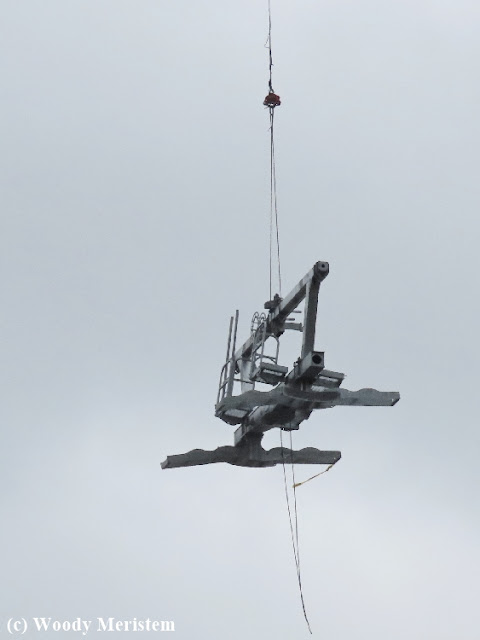 The tower ready for the crossarm; on top are the two crew members who’ll actually attach the crossarm, one with an orange shirt and one with a yellow vest – 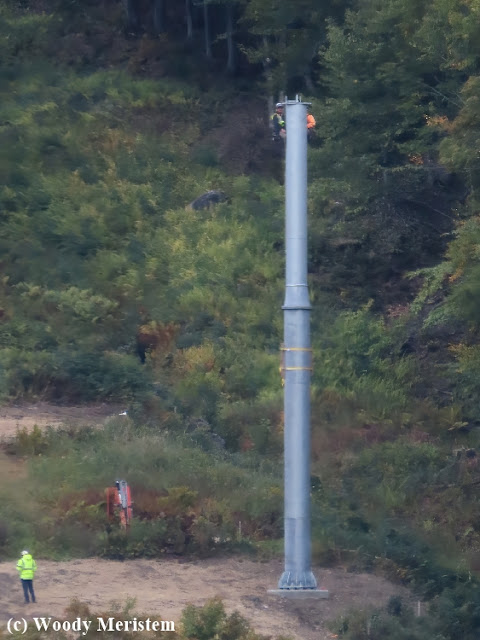 The view from afar (about 4,300 feet) as the crossarm is brought up; to the left of the helicopter is a completed tower – The video isn’t the best due to the distance and atmospheric disturbance caused by the day's wind and the helicopter’s downdraft.

Would I want to work immediately below a helicopter? No! I'll never forget the first person I saw die, he was a helicopter pilot demonstrating how safe helicopters are, how they can auto-rotate down if the engine fails. I won't go into details, but the helicopter crashed and he died during that demonstration.

Helicopters are much more difficult to fly than airplanes and the skill of the pilot setting these towers is something to be admired.

Thirteen towers were installed in one day by the helicopter and the ground crew. The ski area plans to have the cable up, the chairs installed and the lift running by the time the snow flies.

Posted by Woody Meristem at 5:59 AM

I agree about how it invades an ecosystem. I also agree that the process is interesting.

Wow! I never thought about how those towers were installed. hats off to those workmen.