Pileated woodpeckers are usually considered birds of extensive woodlands although they can also be found in forested parks and wooded suburbs.

Here I was, in town, driving through a section with few large trees, indeed with few trees at all. In a tree lawn, that narrow strip between sidewalk and street where shade trees are often planted, there was something red moving. Curiosity aroused, I slowed down and then came to a quick stop. That moving red thing was the crest of a pileated woodpecker chiseling, chopping away next to the rotten stump of a tree that had been removed 10-15 years ago.

I’d stopped against the curb directly across the street from the stump and the woodpecker. Down went the window, out came the camera – it quickly became apparent that what I’d seen was a female pileated woodpecker – 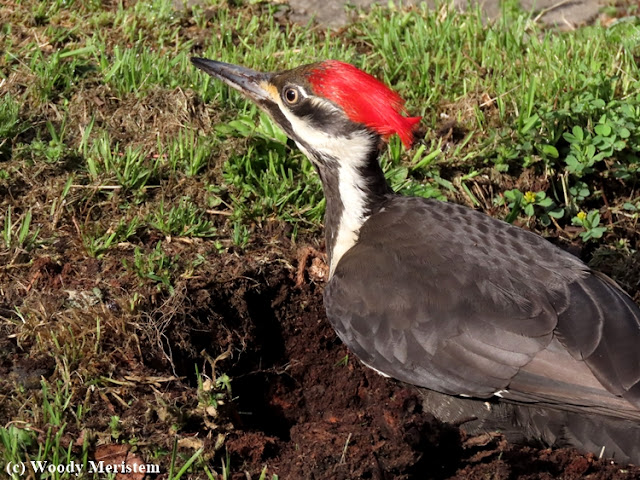 She seemed to ignore the car and the human within as she continued working, not on the stump but in the soil next to the stump – 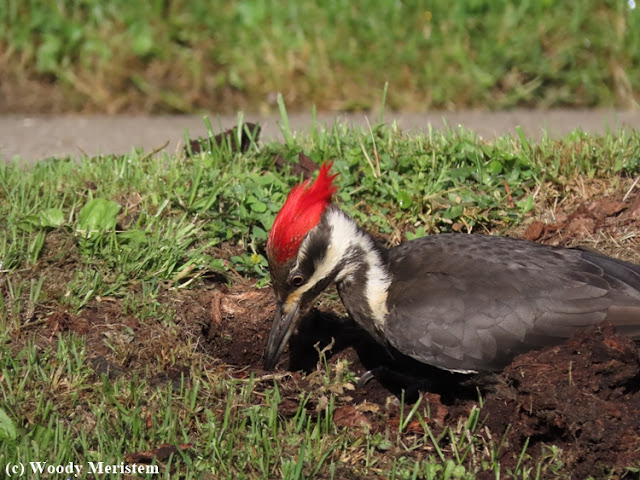 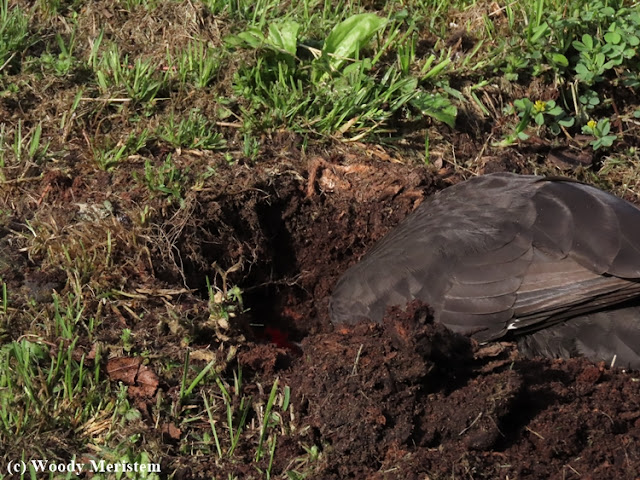 The woodpecker would chop in the depths of the hole a few times, raise her head to look around and then resume work – 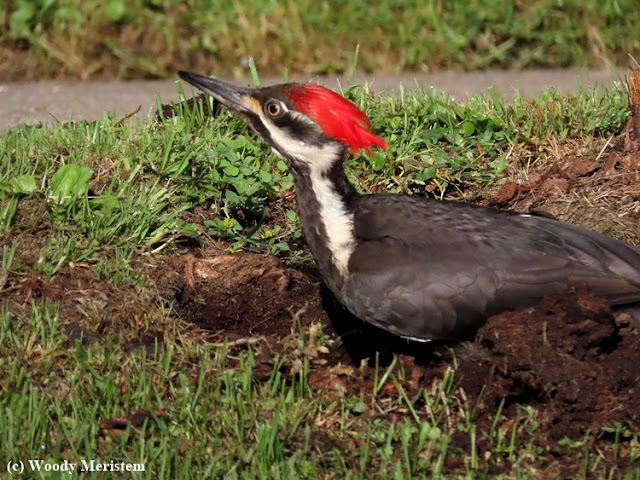 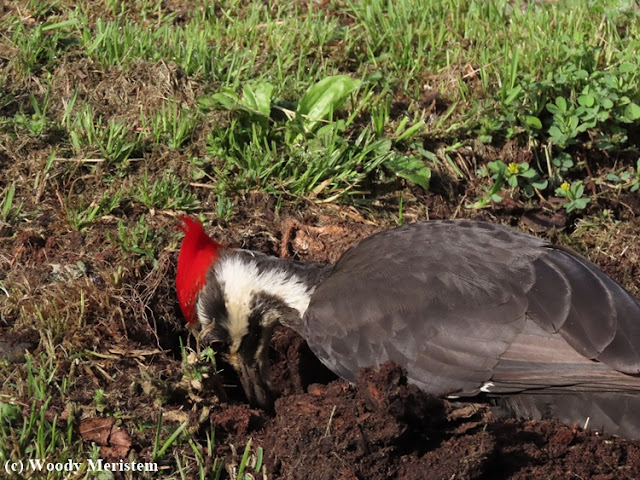 Suddenly she extracted a large beetle larva, and quickly swallowed it as a starling looked on – 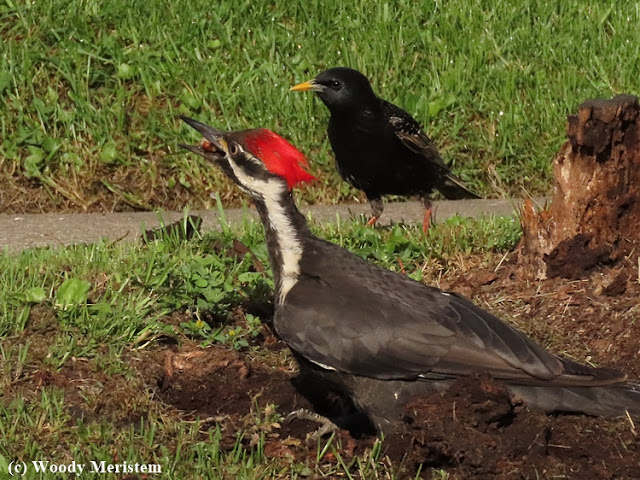 Occasionally cars and pick-up trucks passed and still she worked. I’d watched her working for well over five minutes and switched from taking photographs to recording a short video –

The passing of a city bus caused her startled reaction; but, as you saw, she rapidly resumed her excavation. She gave no indication of finishing her work any time soon, so after about ten more minutes I went on my way.

The larvae she extracted, presumably from a large root below ground, appeared to be the larvae of stag beetles or some other large beetle whose immature stage feeds on decaying wood.

The presence of this pileated woodpecker in such atypical habitat raises a number of questions:

Posted by Woody Meristem at 4:35 AM

Those birds always surprise me. We had one work away at the trunk of a hemlock tree along our driveway. I've never seen them dig though like you captured.

Wow, you've asked all the right questions...and if she had been a mammal I'd have wondered about rabies...being so close to humankind. But I guess woodpeckers don't get that disease. Obviously she had been successful, and I dare say that was at a shallower level, then wanted more of her delectable treats.

That is fascinating action!
I just heard one sitting on my back deck!

Great captures of the Pileated Woodpecker! Thank you for linking up and sharing your post. Take care, enjoy your weekend.

I think I went back and looked at an old link but it was worth it to see the baby deer again and the bears! Love these big woodpeckers. They are so unique!

Thanks for the fascinating visit back to a town that holds good memories. Interesting questions, science guy. Great video. I, like another commenter, was sitting outside recently and heard the familiar call. Warmed my heart. Kim in PA