June 20 is National Bald Eagle Day, known to many as National American Eagle Day. The actual name for the bird is “bald eagle”, the name used by the U. S. Fish and Wildlife Service, and so that’s the name for the day used on In Forest and Field. The bald eagle was adopted as the symbol of the United States in 1782, an image of the bald eagle has adorned the Great Seal of the U. S., flags, statues, buildings, currency, and military patches, as well as an abundance of un-official objects.

Ironically, the bald eagle was on the verge of extinction in the 1950s and 60s, primarily due to the widespread use of DDT which caused such eggshell thinning that the eggs broke and never hatched.

In the 1980s there were only three active nests in Pennsylvania, now there are over 300 with more being found each year. The use of DDT has been curtailed and over time the species has recovered. 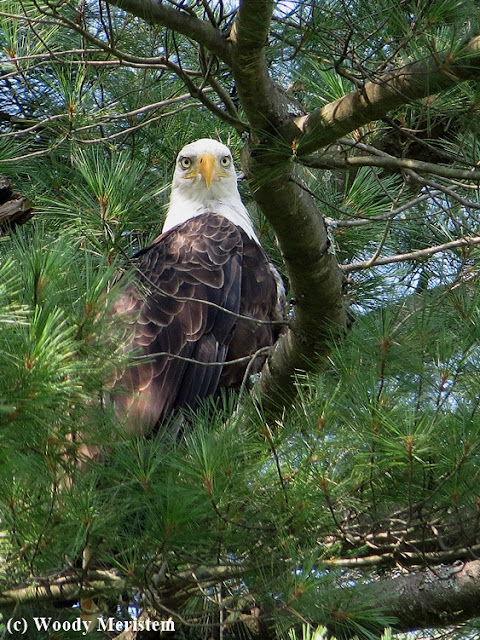 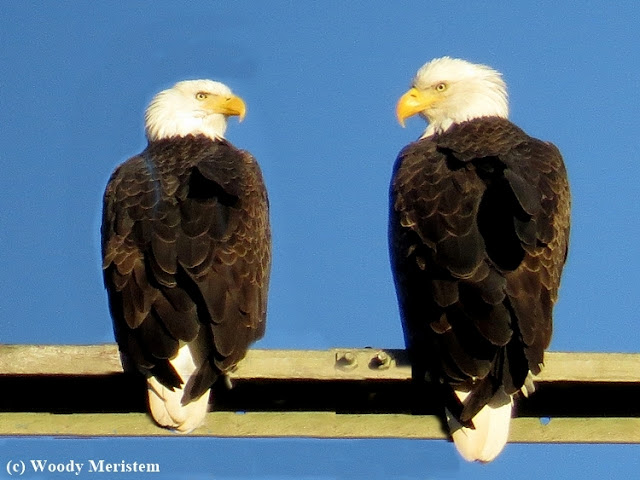 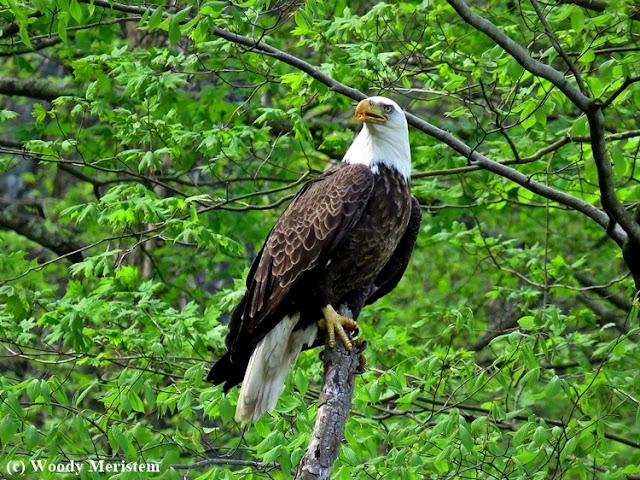 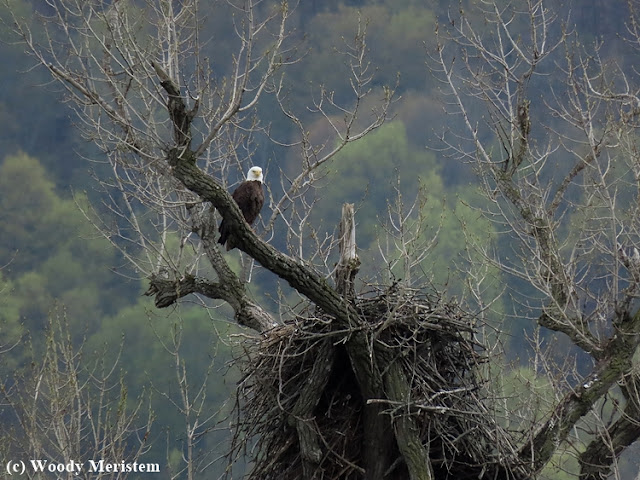 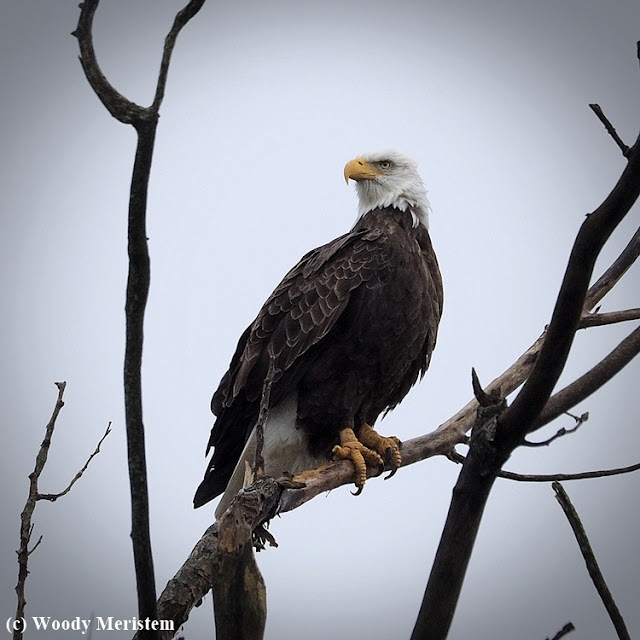 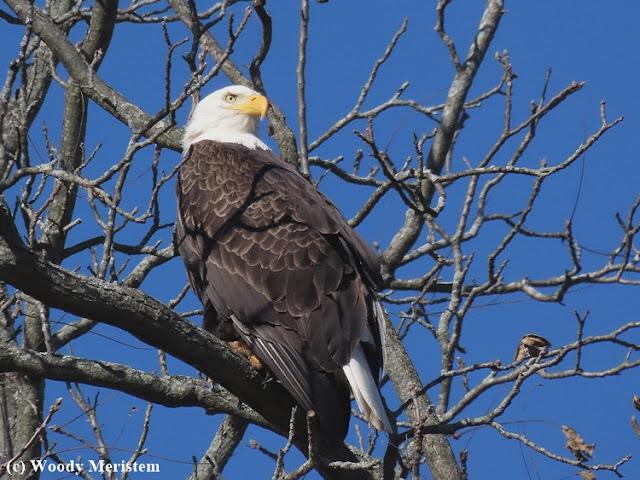 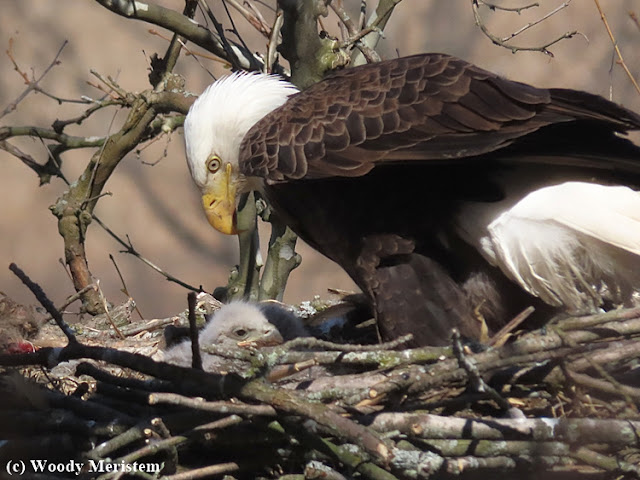 How fortunate we are to be able to see eagles in the sky.

Posted by Woody Meristem at 5:02 PM

They are marvellous birds! And marvellous photos!
(ツ) from Cottage Country Ontario , ON, Canada!

Totally get the "eagle eye" phrase. Great images. Thanks! Kim in PA

I didn't remember that but it sure would be nice to see one that day. We aren't getting out as much because of the heat so I am longing to drive somewhere and bird watch at least! Enjoy your weekend!

We have lots of bald eagles here in British Columbia. Maybe they have decided to cross the border like we did. - Margy