A Morning at the Beaver Pond

If you want to see or photograph wildlife there’s no better place than a beaver pond. And so, for a number of years, especially in the spring, I’ve spent time sitting at the edge of a pond where beavers make their home. 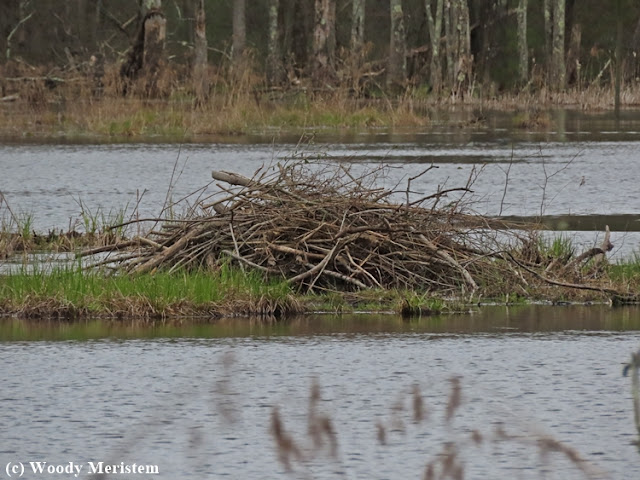 One of my camera traps has also been at the edge of the beaver pond for five years where it’s captured images of everything from white-footed mice to bears and a bald eagle; those photos and videos were the subjects of a number of blog posts.

Because my favorite beaver pond is in an area that’s open to hunting and May is spring turkey season, it was time to bring the camera in for a month. Since I was going to the pond to get the camera, it was a great opportunity to spend a couple of hours sitting at the pond in my improvised blind (three four-foot long plant stakes and a camouflage mesh military scarf). 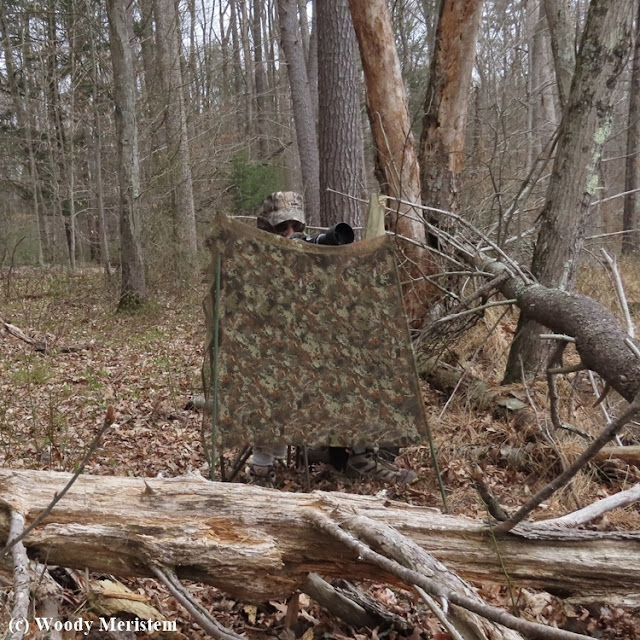 I’d been at the pond for about a half hour when a male mallard landed with a grand splash. He was soon joined by another male – the ladies are probably somewhere along the edge of the pond incubating eggs. 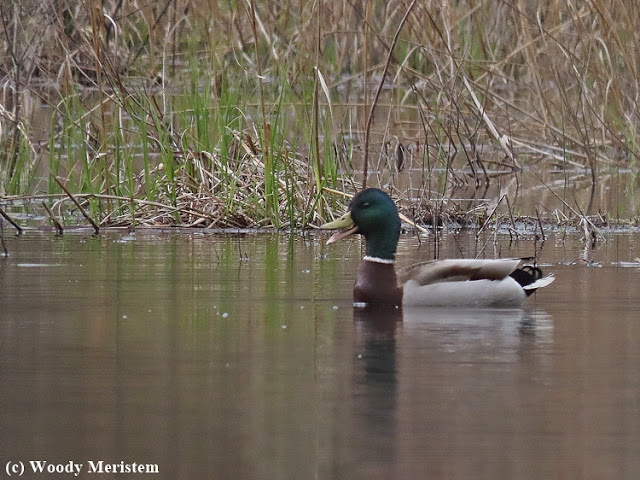 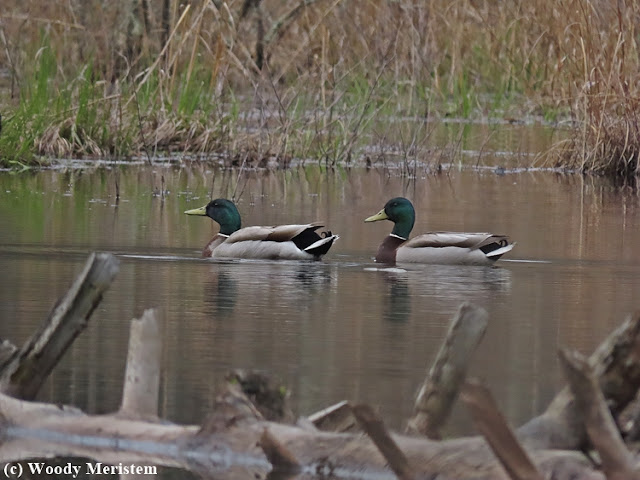 The mallards soon disappeared among the beaver canals and vegetation on the far side of the pond. And then came the plaintive whistling call of a wood duck; soon one, and then a second male wood duck landed across the pond – 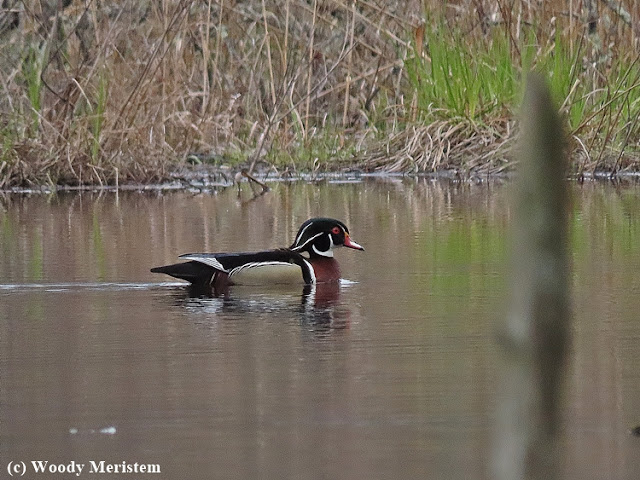 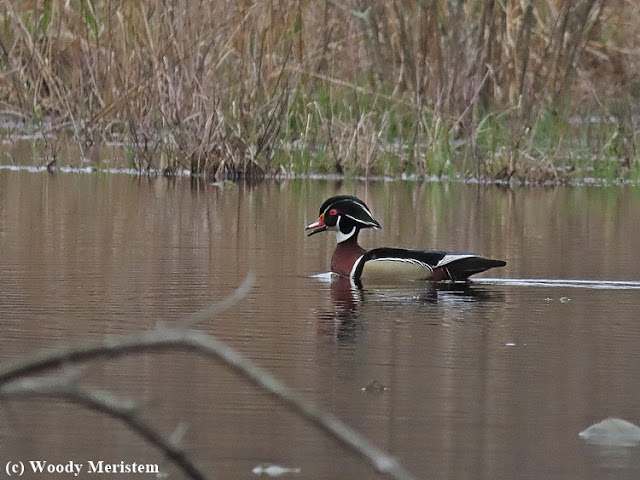 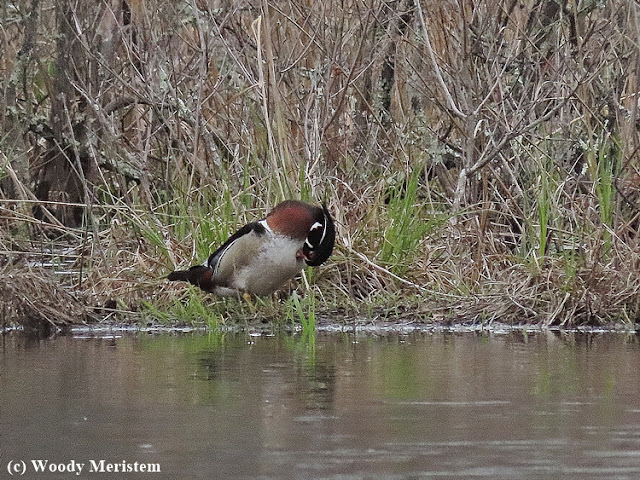 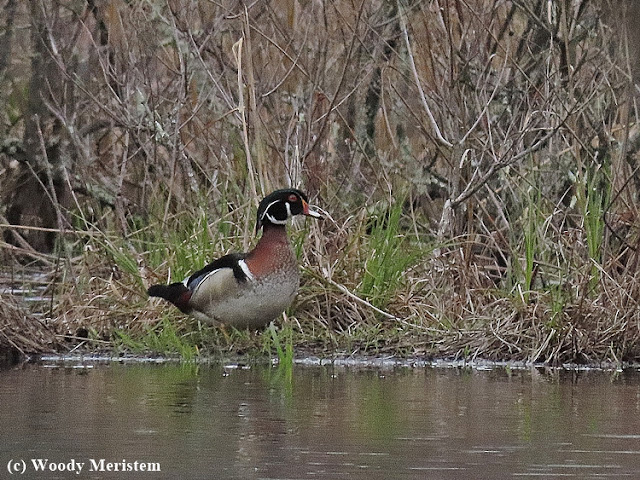 As I watched the wood ducks, two great blue herons flew overhead followed by a lone raven; then a female wood duck flew in and landed. 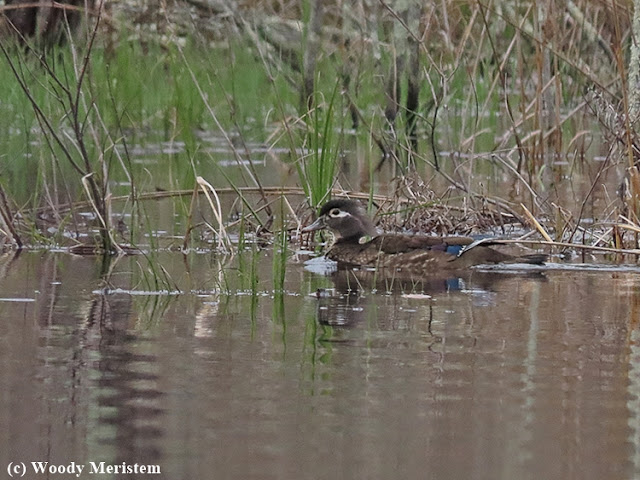 None of the ducks came near, they were busy feeding along the far edge of the pond and finally disappeared into the pond's emergent vegetation. With that it was time to gather up the camera trap and head for home.

Posted by Woody Meristem at 4:41 AM

Our very public lake has lots of mallards, and used to have wood ducks, but the brush was cut away from the edge of the dam, so no more wood ducks. They always amazed me! So glad you got such good photos of these!

What a wonderful spot! I tried to do a duck blind on our pond, but the muskrats spotted me all the time.

You had some really nice company while you sat there! Whenever I see a Wood Duck, I hardly can believe it is real!

Hello,
The pond is a great spot for viewing the wildlife. Great captures of the Mallards and the Wood Ducks. Thank you for linking up and sharing your post. Take care, have a happy weekend.

The wood ducks are just gorgeous. Always makes me think of an old decoy my daddy had! Happy weekend!

Hello. The Wood duck is a particularly beautiful bird.
Have a nice weekend.