An Afternoon at the Beaver Pond

Early afternoon is a bad time to see wildlife but the morning had been taken up by chores and a Zoom gathering and there were things to do at home later in the day. For any chance to experience nature on this day it was in the afternoon or not at all.

Beaver ponds are one of the best places to see wildlife and to sit quietly, basking in the sun like an old turtle on a log; my favorite beaver pond beckoned so that’s where I went. Unfortunately there was a stiff breeze and harsh sunlight, therefore wildlife would probably be scarce and photographic opportunities few.

I set up my makeshift blind on the edge of the pond and settled down expecting to stay there for several hours. As expected, there was little wildlife activity: far overhead a red-tailed hawk circled lazily – 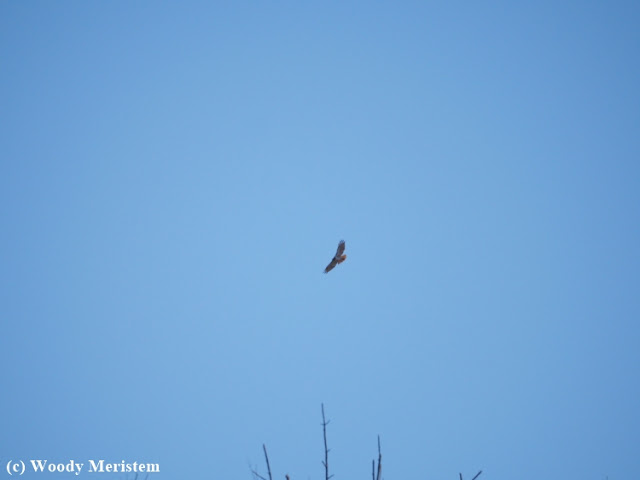 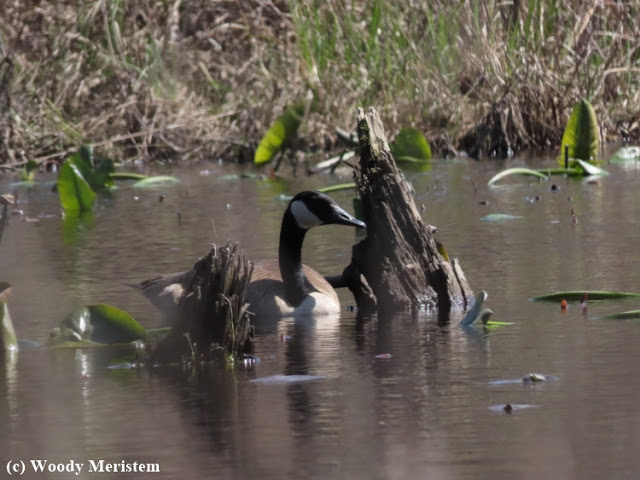 The goose never left the stumps and the pond’s red-winged blackbirds and grackles never came close. In the sun’s warmth I almost took “an old man’s nap” and, after two hours, had just about decided to pack up and head home. The nap and the departure were canceled by the chirping of an osprey as one flew in carrying a fish it had caught somewhere else – 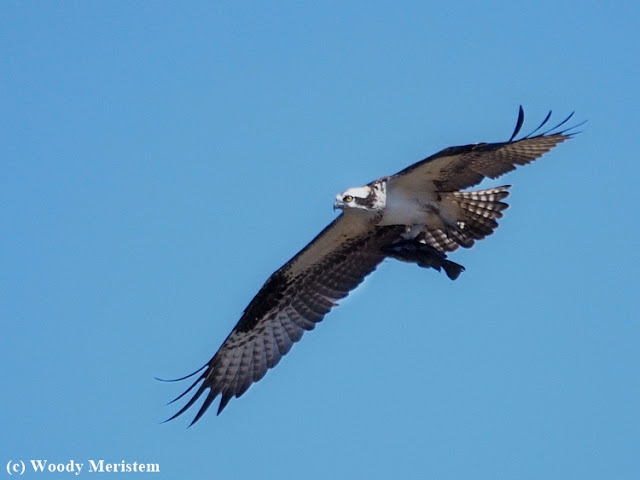 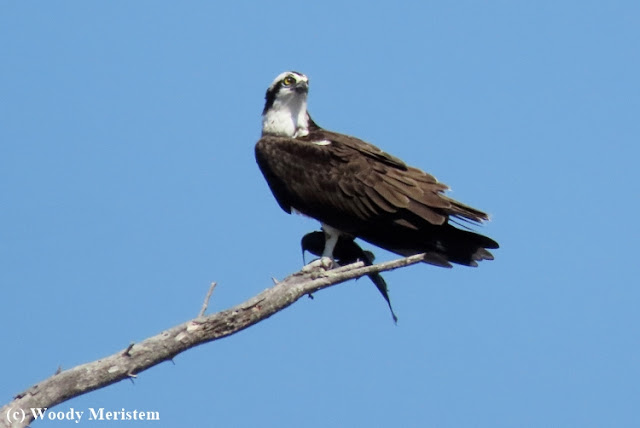 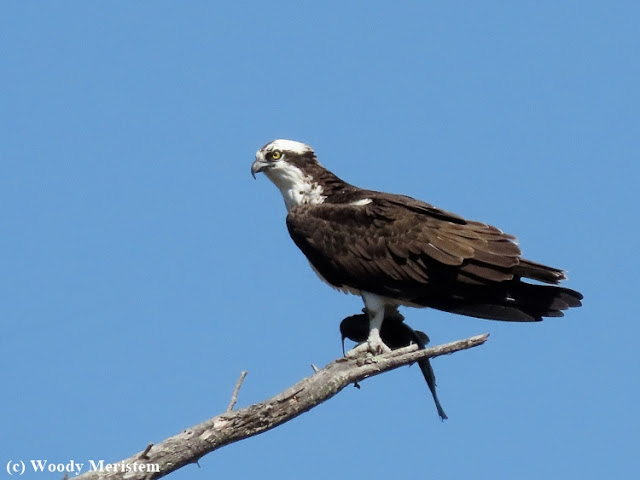 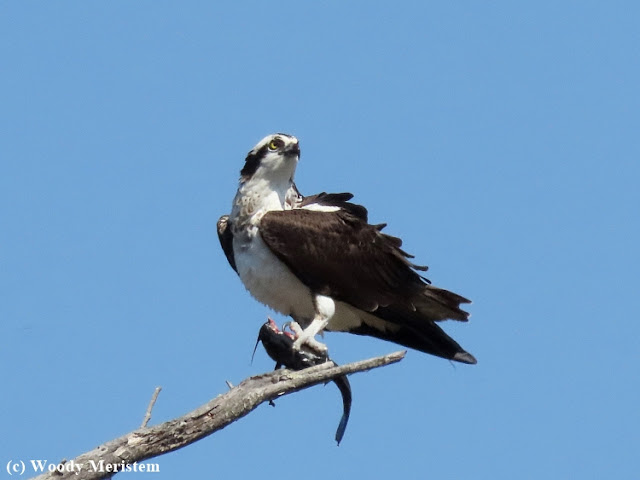 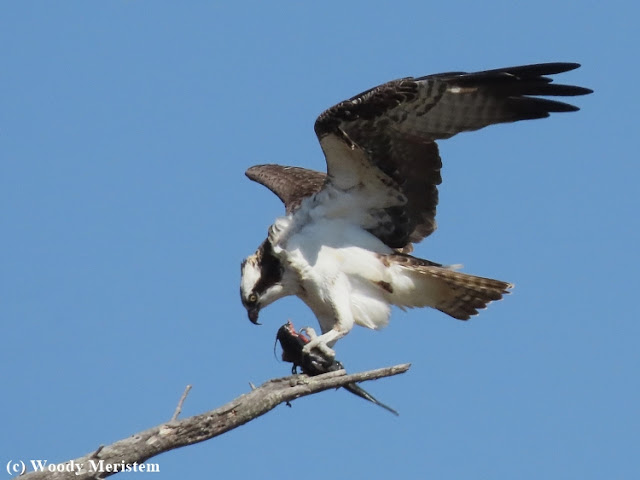 The wind made taking a video of the osprey difficult – the tree swayed, the bird moved and I swayed – but I tried anyway. Around the two minute mark you’ll see a raven make a pass at the osprey –

The raven, surprisingly, flew on without harassing the osprey further in an effort to get a free meal; soon afterwards the osprey left with its fish – and I left too.

Posted by Woody Meristem at 7:21 AM

Glad you could catch Mr. Osprey eating his fish...what a magnificent bird! Afternoons are kind of siesta time for lots of us creatures!

Hello,
Great photos! My favorite the Osprey images. Thank you for linking up and sharing your post. Take care, have a happy weekend!