Bob and Dotty’s home was a log cabin about two and a quarter miles from the state highway and a bit over two miles from a road that was driveable by a passenger car. It had no electricity or running water, but they lived there for almost 50 years. The only exception was the several years when Bob’s job required him to live out along the highway at his work headquarters. More of their story was told in this post. 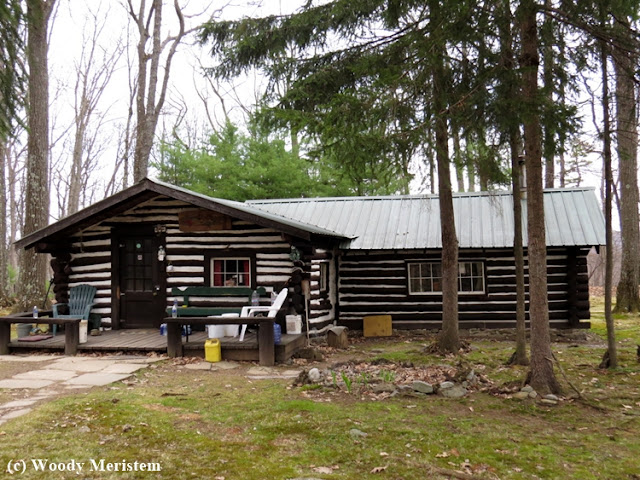 Dotty died in 2012, Bob in 2015 and their cabin has since been moved and reconstructed at the Pennsylvania Lumber Museum. But their multitude of books aren’t there, nor are the pictures that adorned the walls. Bob was a friend of mine and I knew both of them well enough that I wouldn’t be surprised if they’d resent being a museum exhibit.

And so I’ve never seen the cabin at the museum – but do occasionally walk the old woods road to the cabin site where little remains except the cabin’s simple stone foundation, the posts from the porch, the vista northward into the Pine Creek Valley and the stone where I believe their ashes are buried. 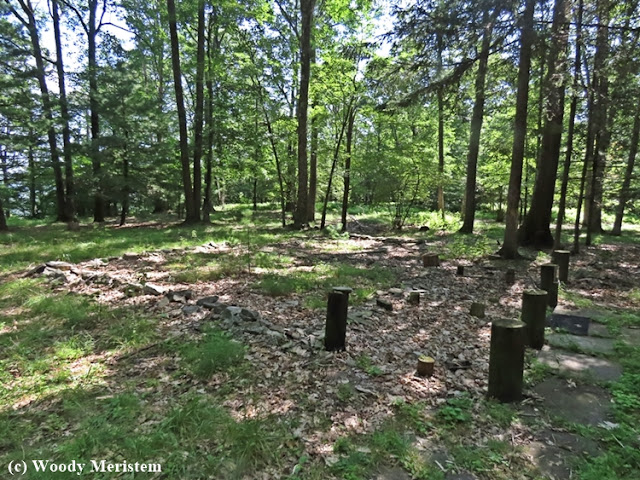 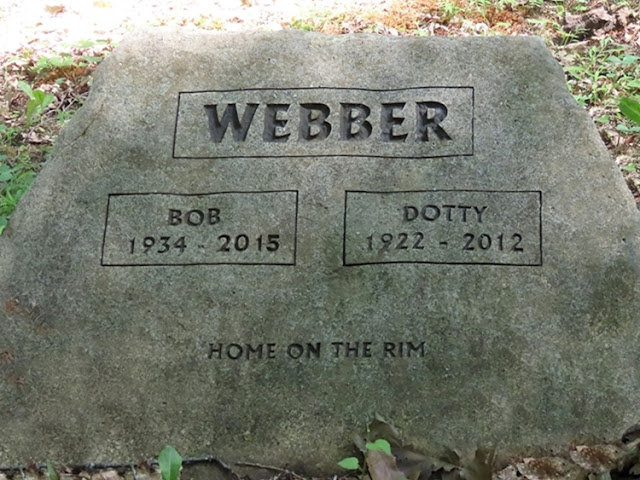 The old road is a delightful walk – 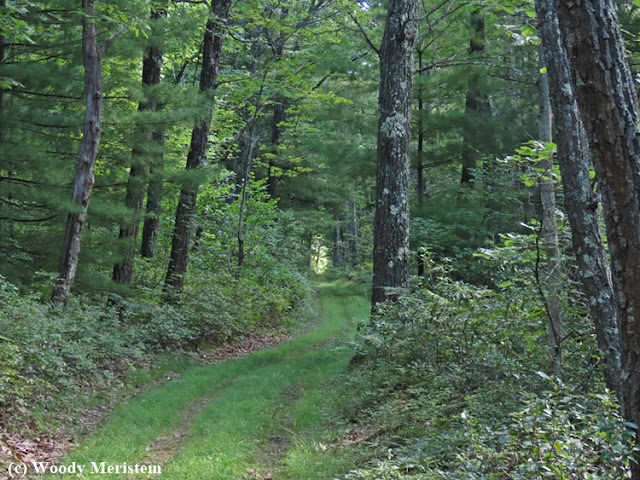 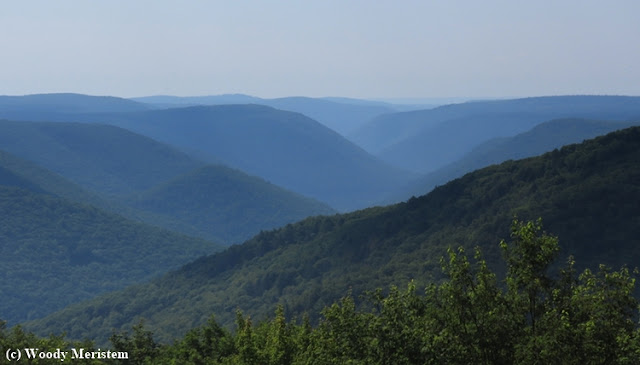 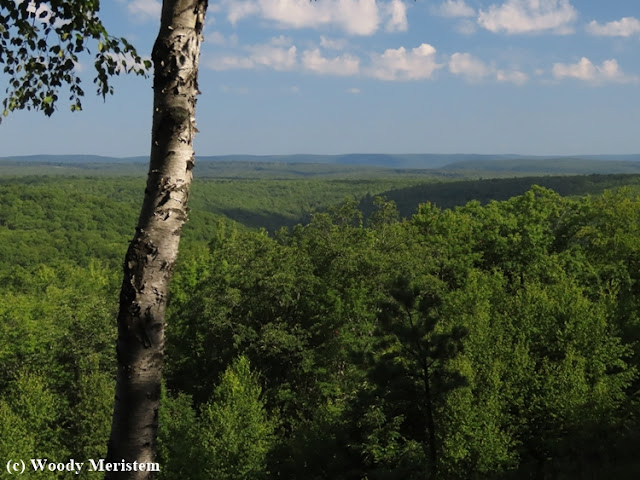 On the way back from the cabin site I passed something that had gone unnoticed on the way in, that something was a grouping of about 100 holes in the only section of the old road that was both sandy and sunny – 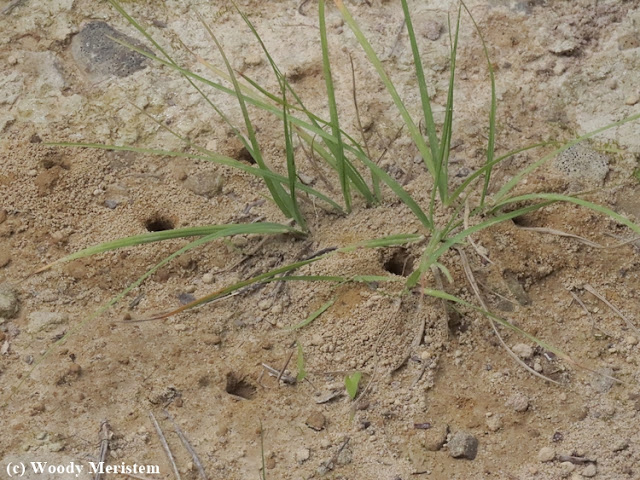 A closer look revealed that they were the burrows of digger wasps. The female wasps create burrows where they place insects that have been stung to paralyze them and on which the wasps lay their eggs. The wasp larvae then feed on the immobile insects. 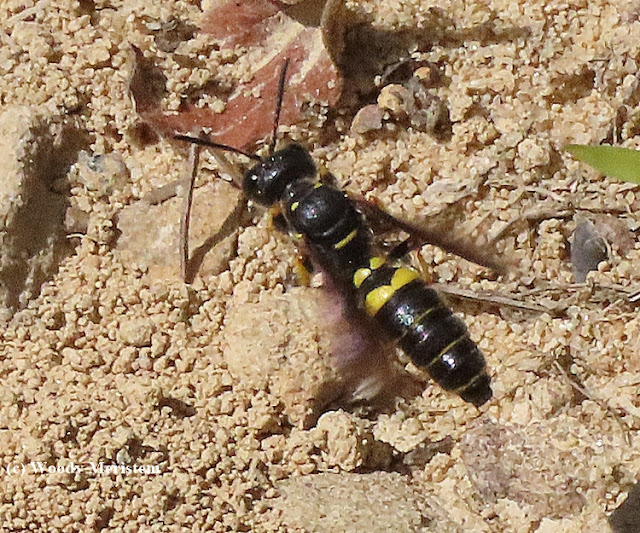 The wasps don’t fly directly to their individual burrows, but instead circle for a short while before entering – 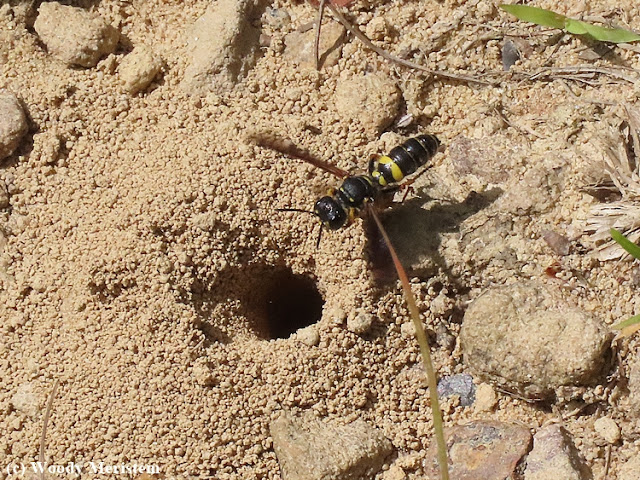 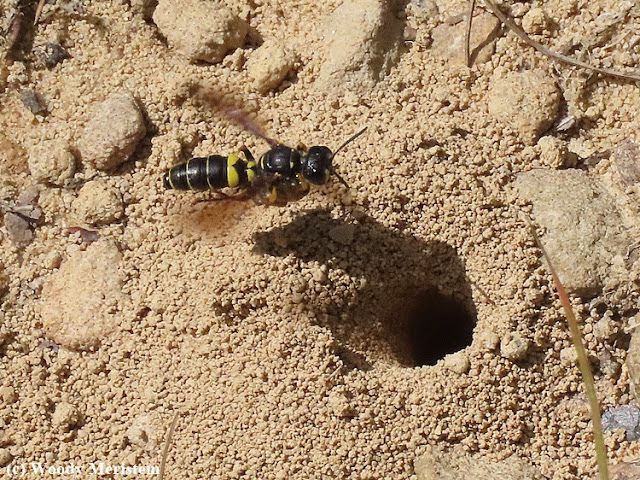 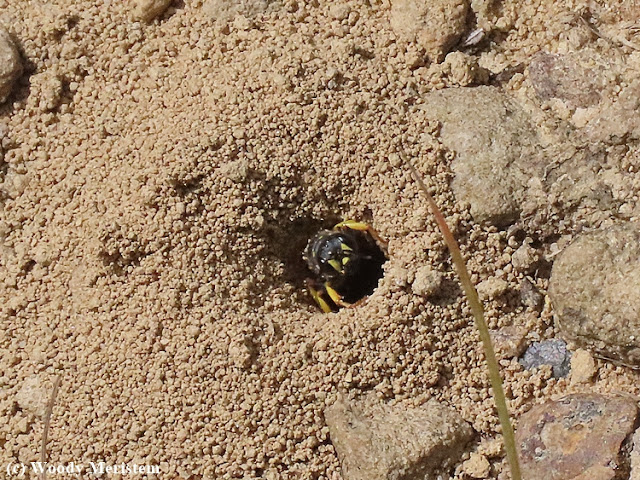 Digger wasps are dependent on sandy soils in which to create their burrows and are one of a multitude of species that make life interesting.

Posted by Woody Meristem at 2:24 PM

Such an interesting story! That couple must have led quite an unusual life. Your photos of the digger wasp are amazing, too. So many holes to stuff with paralyzed prey! I once was privileged to observe a Grasshopper Hunter Wasp bring home the prize and bury it. So many wonders are happening all around us.

I imagine they must have had a four wheel drive vehicle to get back to their cabin. Was it on state property and that's why it was moved? I'll have to read your other story on it.

Hello,
The Digger Wasps are new to me, great series of photos. The views and the old road do look beautiful. Thank you for linking up and sharing your post. Take care, have a great weekend!

I'd circle away from those wasps! EEEE! Love the walk up to the old cabin and it has quite an interesting story. I'm glad it's been preserved. What a life this couple had together. Happy weekend!

Hello again, I feel foolish as I must have visited your blog before, and became a follower, and had completely forgotten. I also have seen digger wasps on my land.

Your friends must have had a wonderful life together living in such a beautiful place.