It was in many ways an ordinary day, but a great day as well. As I drove over a ridge to one of my favorite places to walk in forest and field a fledgling common raven flew up from the roadside to land at a convenient distance for a portrait, a photograph that became the picture of the day for August 15 – 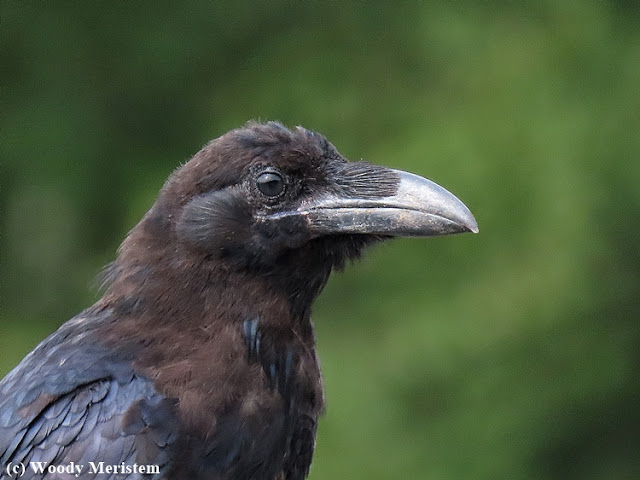 Parked the car and headed through an old field on my way to a beaver pond. In the field a small butterfly flitted about; it turned out to be one of the large number of confusing butterflies called skippers. Later, the photograph enabled me to identify (I think) it as one called “the black dash” – 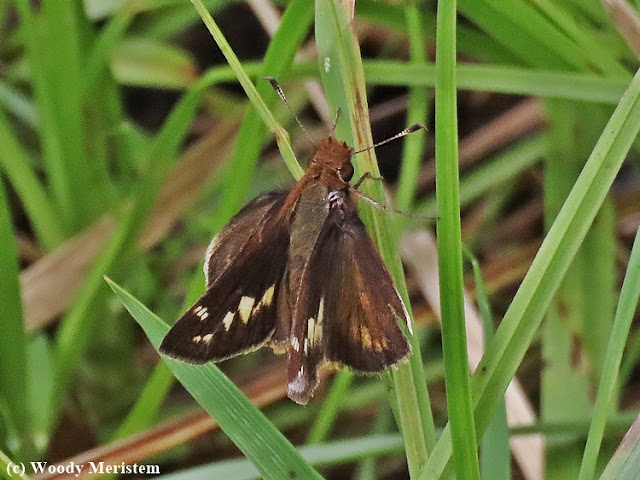 In the beaver pond a beautiful great egret stalked the shallows searching for a frog, a fish, or any other small creature worth eating. Great egrets don’t breed here, but a number wander north in late summer – 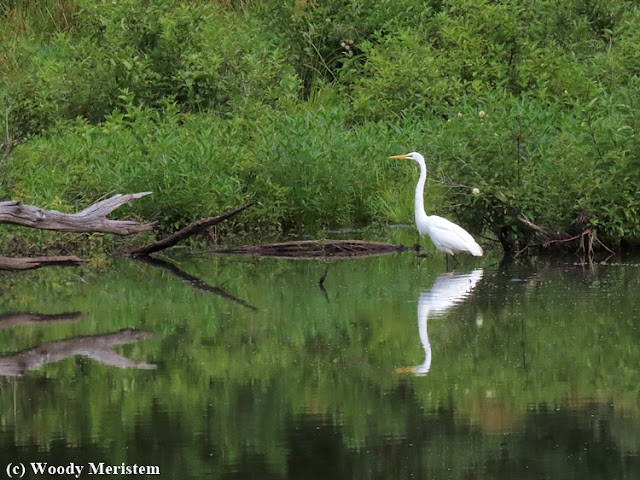 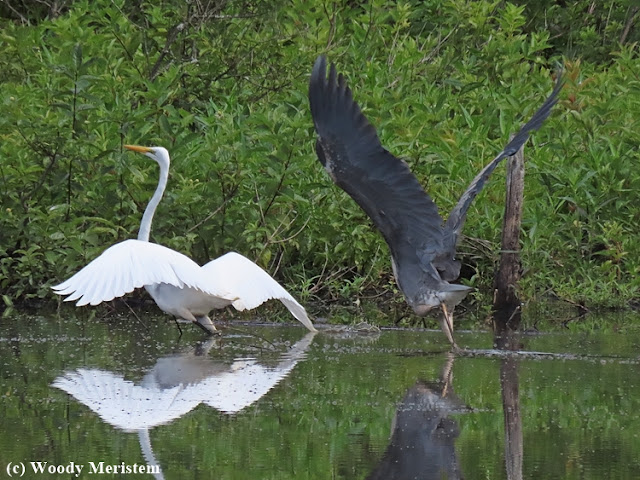 Beyond the beaver pond is a patch of woodland that hasn’t been disturbed for at least threescore and ten years, and in that woodland I found a northern eudeilinia moth spending the daylight hours beneath a small leaf. It wasn’t well hidden since its wings protruded from each side of the leaf – 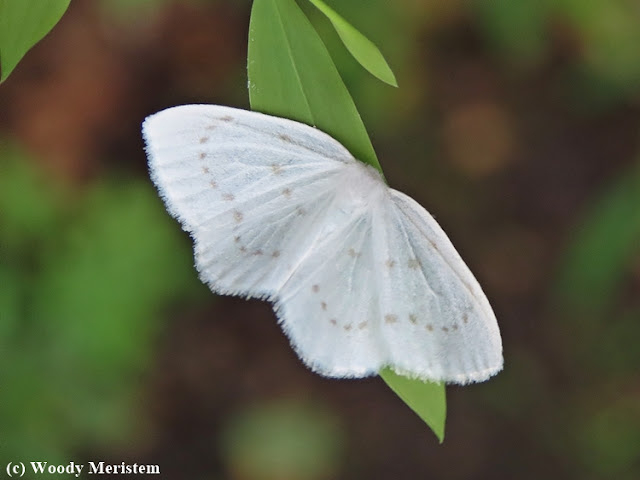 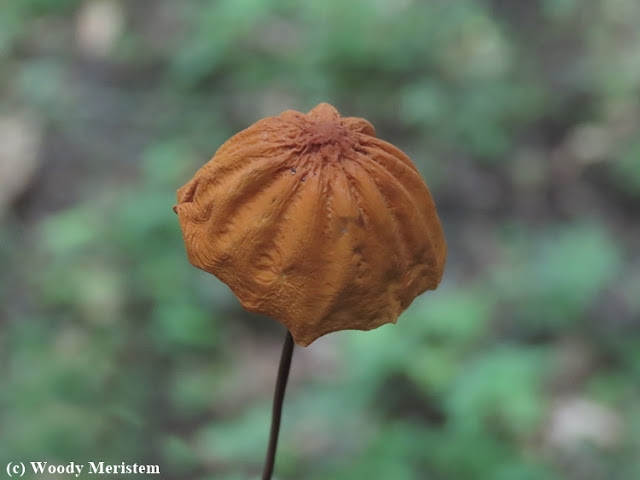 Then it was past a large wetland where, in the past, an American bittern had resided for a while – 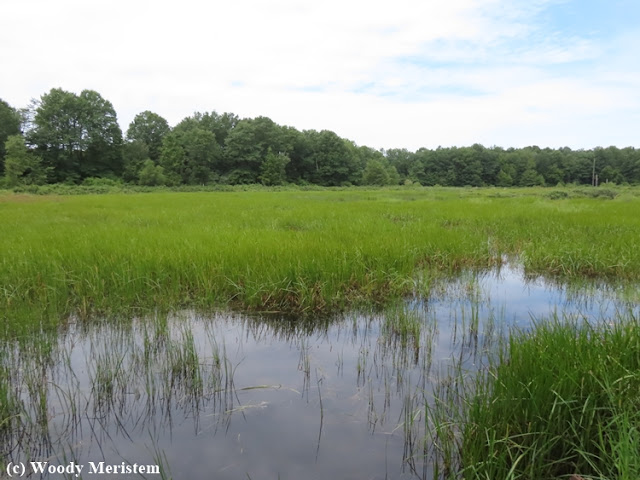 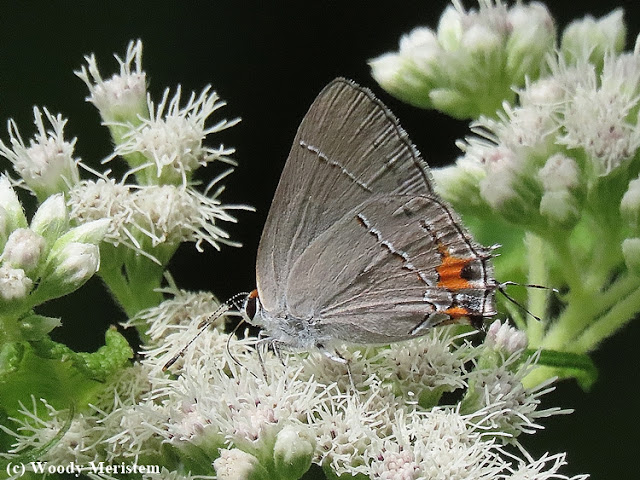 So yeah, it was in many ways an ordinary day in forest and field and yet still a great day.

Posted by Woody Meristem at 4:40 AM

You capture a lot in your walks. Thanks for letting me tag along.

That's an amazing picture of the raven! Love that pinwheel mushroom too.

Fantastic captures, lovely blooms and more. I enjoyed reading. Thank you for sharing.

Have a good week.

It's so good to get out and about, to see the critters. Even virtually!

Looks like a great outing, love the egret and heron. The last butterfly is beautiful. The pinwheel mushroom is new to me, neat find. Thank you for linking up and sharing your post. Take care, have a happy weekend!

Your ordinary day was filled with so much beauty from nature. Lovely photos.

You have to be patient and look closely for all of those special things in the wild. I love your photographs! I feel like I've had some time in nature with you.

Wonderful! I was especially drawn to the delicate, creamy moth with the little beige spots. So nice when you know a place so intimately. You've put in the time and energy over the years to do just that in so many places near you. How do you decide where to go or do you have a circuit? Kim in PA

What a delightful outing!

That moth is beautiful. So much to see when you are patient. Thanks for sharing.