In the late 1970s and early 1980s a group of six to ten friends would arise early and get on the road headed to …? Perhaps to New York’s Bergen Swamp to photograph wild orchids: small white lady’s-slipper and dragons-mouth. 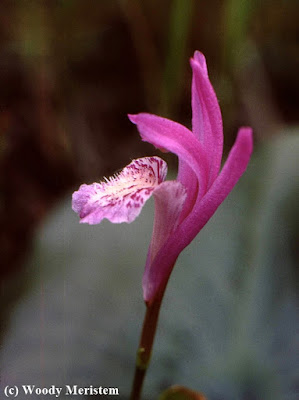 Perhaps we were headed to Elk County, Pennsylvania to photograph what was, at the time, a small band of elk. Another time we went to the old growth forest of Alan Seeger Natural Area to photograph Smalls twayblade, a tiny rather unassuming yellow orchid. A timber rattlesnake basking area and the remnant stumps of the forest of huge white pines that drew long-ago loggers kept us closer to home. 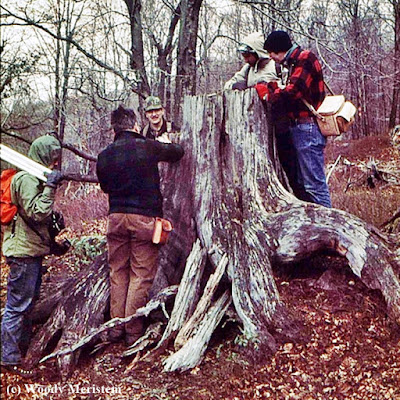 One winter a friend of a friend had found a female black bear denned with her newborn cubs beneath a fallen tree and so “The Naturalists” went to see them. 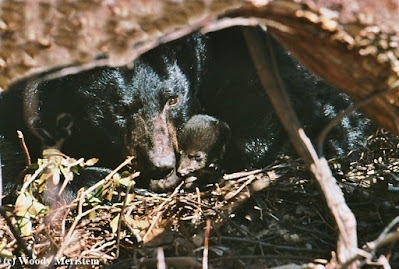 And a wandering great gray owl drew us to northwestern Pennsylvania. All in all, we took many trips and used an abundance of Kodak film.

It’s been many years since the group got together, but those grand times live on in memories and collections of fading 35-millimeter slides.

Through all of the excursions there was a rotating cast of characters and a few one-time participants. Some of the regulars had nicknames, some not, but these are the principals: 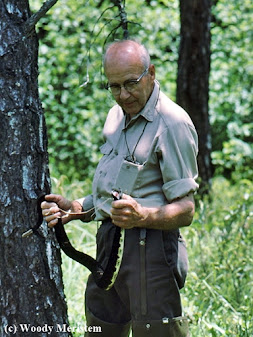 Wayne was the oldest of the group and the first to pass on. He was, during his later years, probably the finest amateur botanist in the state and an excellent photographer. It was Wayne who led us to a hidden population of small whorled pogonia, the rarest wild orchid in the eastern U.S. At age 78 Wayne caught a timber rattlesnake the color of black velvet with his bare hands so the rest of us could photograph it before it disappeared into thick vegetation. 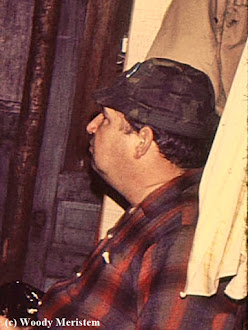 Hillary was frequently the driver for the group. In the tradition of his eastern European heritage, he was a gatherer of wild mushrooms and always brought jars of mushrooms he'd picked and canned to share with others who were hesitant to gather their own. Hillary was, for a number of years, in charge of an environmental education center at a state park. He too is now gone – the mushrooms had nothing to do with his demise. 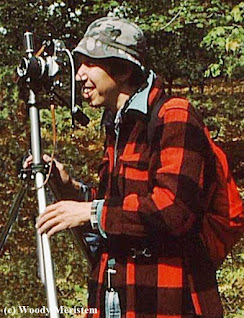 Jack was probably the finest photographer of the bunch, an all-around fine fellow who almost always wore a smile, and a science teacher whose students often said he was their favorite teacher. Besides traveling with The Naturalists, he went south to photograph plants and wildlife in Virginia. Unfortunately, he died a number of years ago, still too young to leave this world.

Trapper paid much of his way through college with the proceeds from the sale of pelts from a trapline that he ran – hence his nickname. He was a forester and in many ways the rogue of the group and a bit of a free-spirit; he too is gone, not while on some grand adventure, but while mowing his lawn. 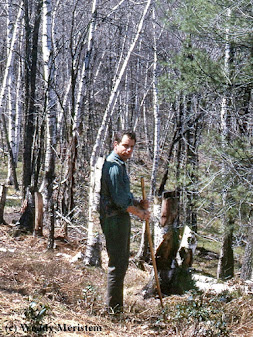 Grump was the curmudgeon of the group; a forest manager, naturalist, photographer and now blogger who wrote occasional articles for magazines – but never about trips The Naturalists had taken. He began taking photographs of wild critters, wildflowers and other natural objects in the 1960s and continues to this day. He's mellowed over the years, at least a bit. 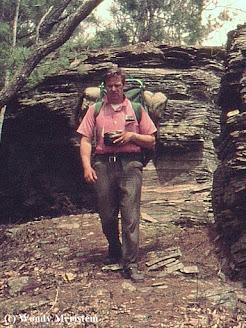 Thump was also a forester and got his nickname as a result of the spectacular falls he occasionally took; if he resented the nickname he never showed it. Easygoing and a just plain nice guy he seemed to know everyone and always had a new idea about a place for the group to visit. I have him to thank for getting me interested in native orchids over 45 years ago. Sadly he recently died from complications of COVID-19 after being hospitalized for several weeks. 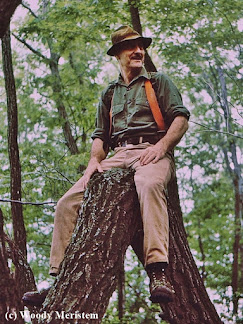 Bob and his wife lived in an off-the-grid log cabin he built with his own hands from logs he cut on his land. I've never met anyone else with such an extensive knowledge of the trails, history and wild places of northcentral Pennsylvania. He was a consummate storyteller, pausing during the long strenuous hikes he led to regale fellow hikers with accounts of wildlife and historical figures. Now he too is gone but not from the memories of his many friends. 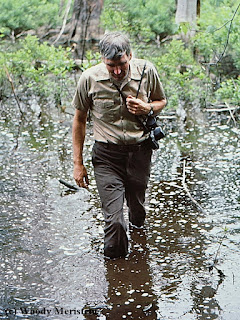 In the 1970s Ralph knew more about Pennsylvania’s elk than anyone else and was greatly saddened by the circus-like tourist attraction they have more recently become. Although he never lived in it, he too built a cabin with logs from his land. On The Naturalists’ excursions to photograph elk we occasionally spent a night in his cabin. Ralph wrote several short works on Pennsylvania’s elk herd and an extensive history of the Quehanna Wild Area; he died a few years ago and is sadly missed.

With the passage of time the ranks of The Naturalists have thinned; few who went on those jaunts are still alive. What great times we had. For all who enjoy the natural world, I hope you can have rambles with such friends.

Posted by Woody Meristem at 2:22 PM

What wonderful memories you must have! Glad you're not among those who have passed on!

It sounds like you have some wonderful and amazing memories from these treks, to say nothing of photos! That's something many will never know.

Feel free to share at My Corner of the World

How sad I feel reading about the many naturalists who have gone on to their next big adventure in the sky (so to speak)...and will be continually missed by those who used to hike with them. This is a great tribute to them all, so thank you. I am now thinking of my first ramble for this year, after getting my vaccines...to see early spring wildflowers. I know who I want to go with, and where. We have missed that ramble for a couple of years, but enjoyed taking it a few years back.

Of all that you shared about only one plus you survives? How very sad.

Tears for the loss of such fine people

What a wonderful tribute to good friends from whom you shared a season or two or three and also learned. You've done such a good job of paying attention to both people and nature in this lifetime. So glad you're still kicking around in retirement and are making good use of what those fellow naturalists shared with you. I love that you all named your group and each other. Grump REALLY??! Kim in PA

What a blessing to have had so many great companions on your woodland adventures. I'm so sorry to learn that so many have passed on. But what you shared obviously remains vivid in your memory, and so your friends are still always with you.