Woke up to find a world coated in crystalline ice after a night during which freezing rain fell. All the trees and shrubs in the yard were coated, as was the fence out front and the driveway. Birds made repeated trips to the feeders from ice-coated shrubs – 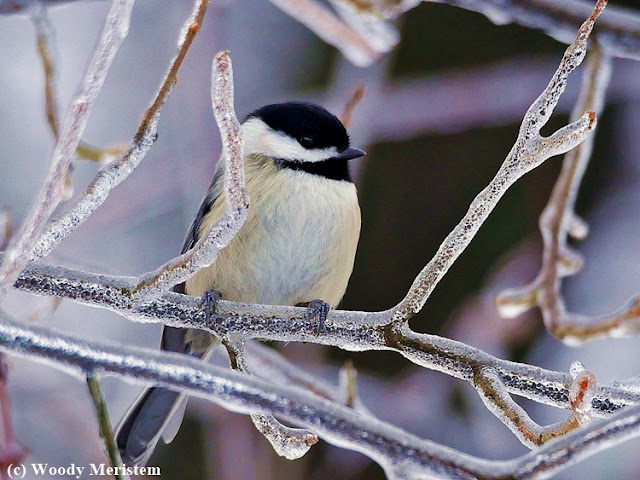 The far off hills looked beautiful so, after lunch when the ice still hadn’t begun to melt, we hopped in the car and headed for the hills. And those ice-coated hills really were beautiful – 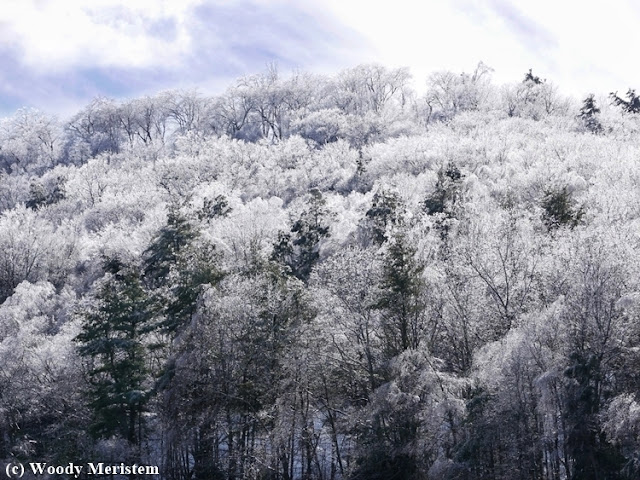 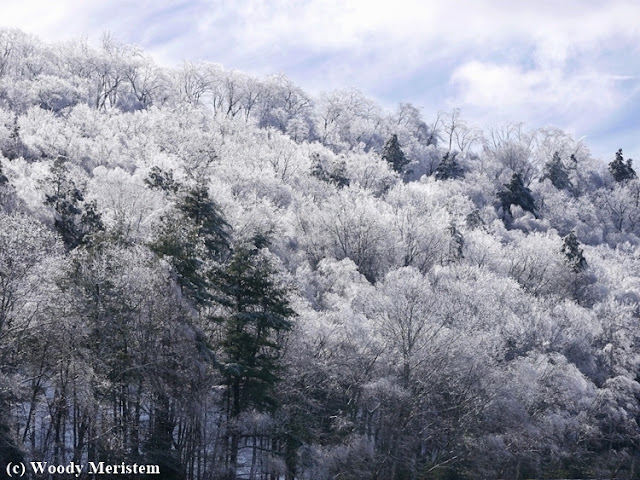 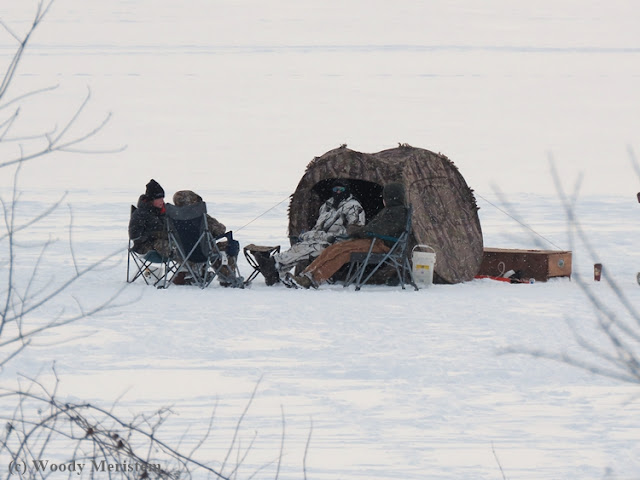 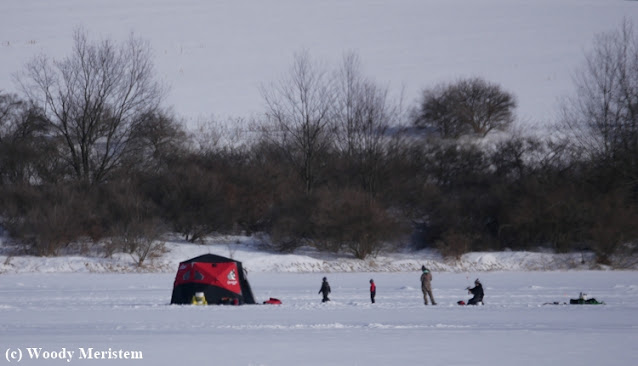 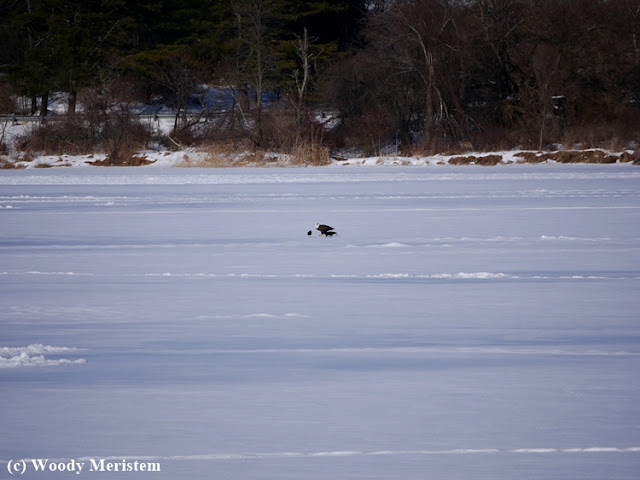 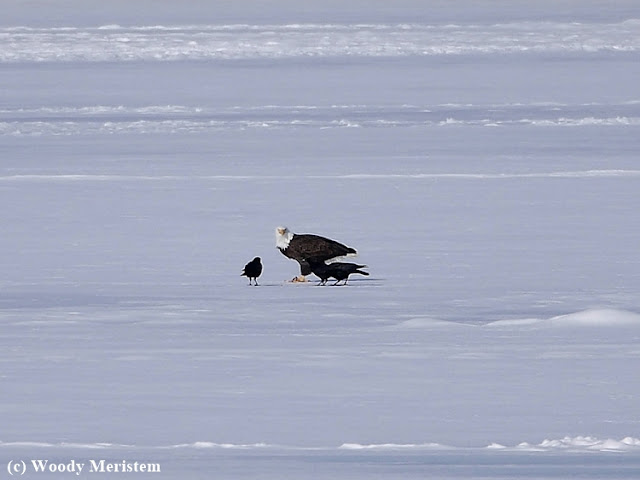 Zooming the lens for an even closer look it was apparent that the eagle and the crows were feeding on a fish that someone had discarded. The human who caught the fish may not have wanted it, but the birds sure did – 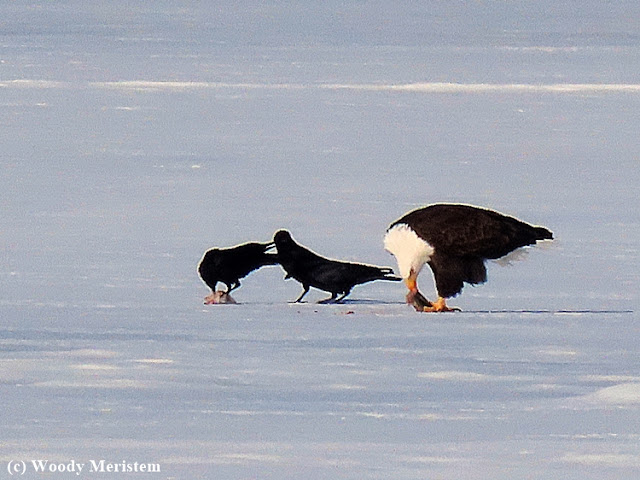 A later examination of an aerial photo indicated that the eagle was 1,500-1,700 feet from where we had been parked – hence the photos aren't very good.

It wasn’t long until the eagle took to the air and circled over the lake, coming closer and then receding – perhaps looking for more discarded fish – 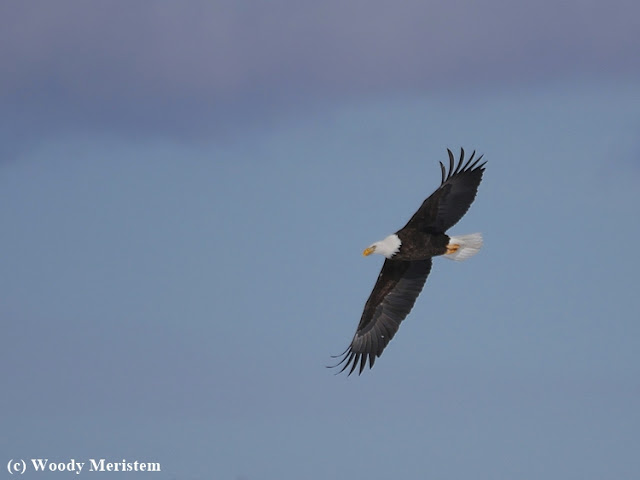 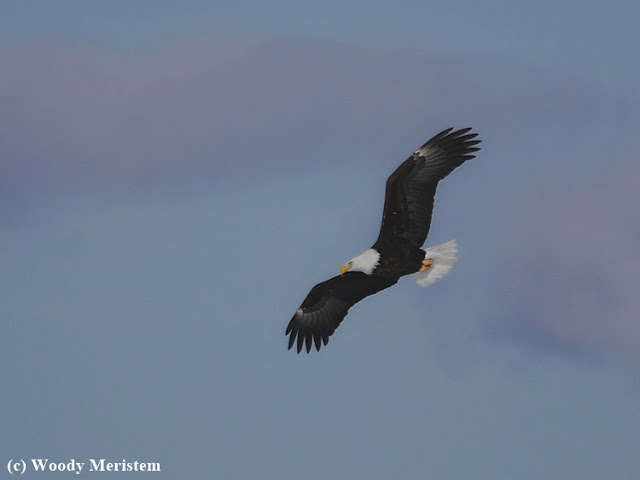 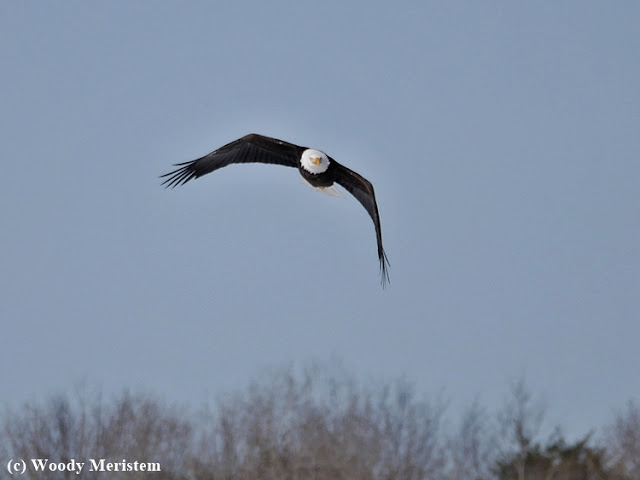 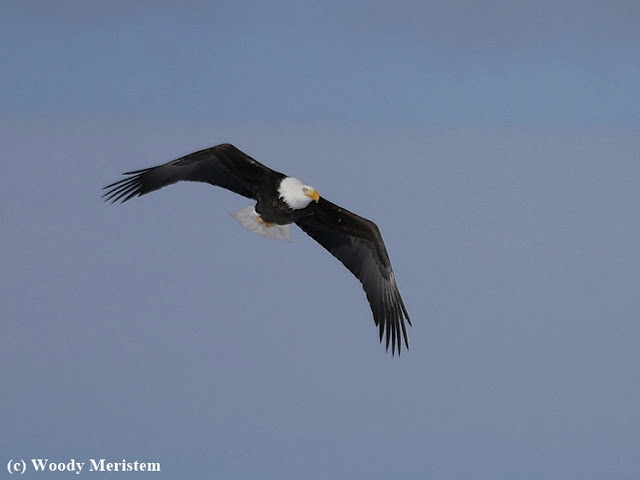 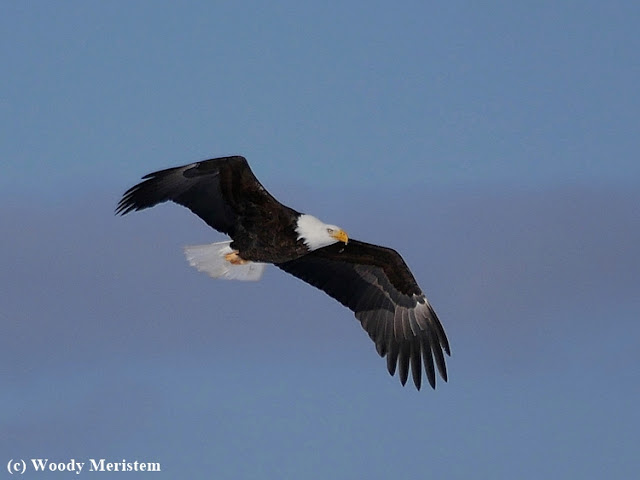 After two circuits of the south end of the lake the eagle landed on the ice again, almost as far away as when we had first seen it – 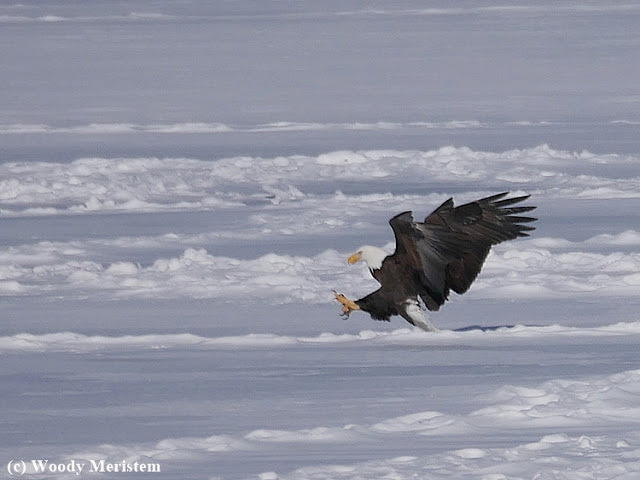 Posted by Woody Meristem at 8:38 AM

What a wonderful thing to see! And great pictures of it soaring!

These are wonderful! I love winter. For now.

It's for good reason that it's our country's symbol. What a magnificent bird.

Cool captures of the Eagles and the cute chickadee. We saw the frosty trees on or around Feb 15th, the trees looked beautiful. Thank you for linking up and sharing your post. Take care, enjoy your weekend!

The Eagle photos are amazing and I love the ice on the trees! What a spectacular sight! Stay warm!

It's always exciting to see a Bald Eagle doing its thing. They are becoming quite common permanent residents along the Hudson River where I live in northern New York, where 15 years ago they were rare visitors from Canada. I was impressed to see the eagle and the crows sharing a meal in peace.