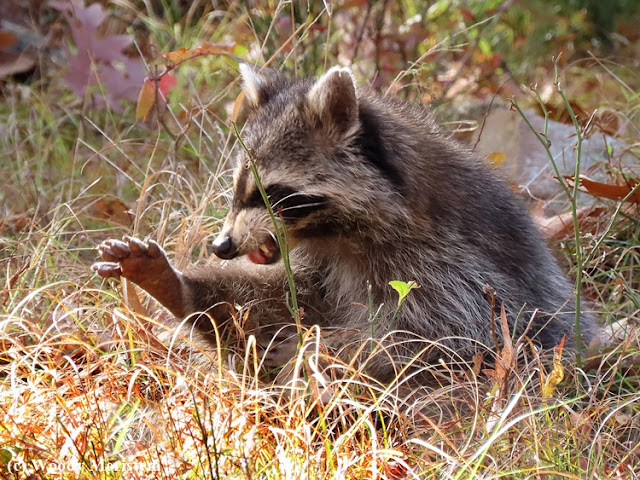 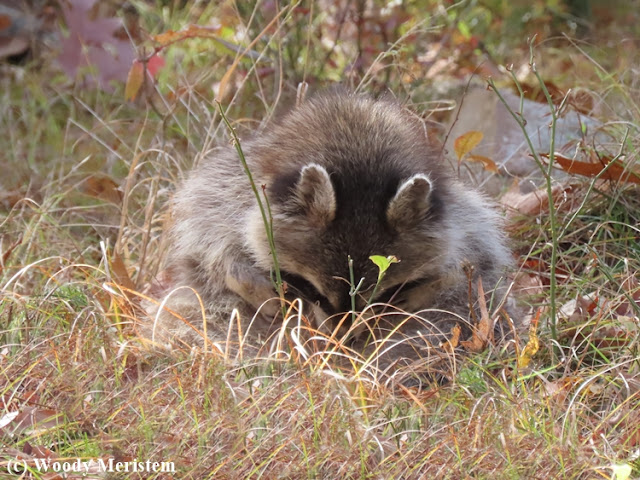 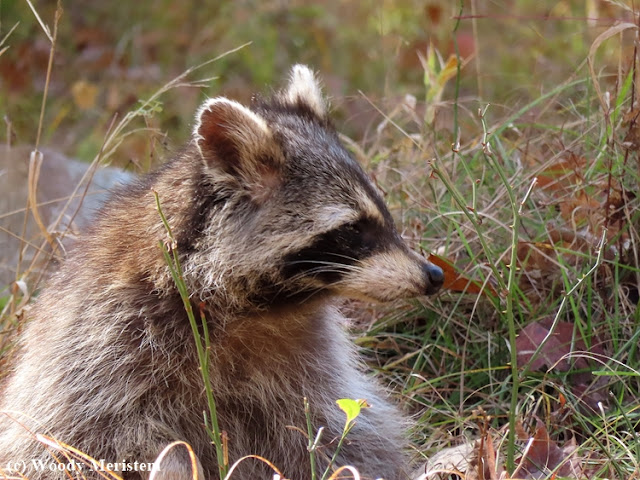 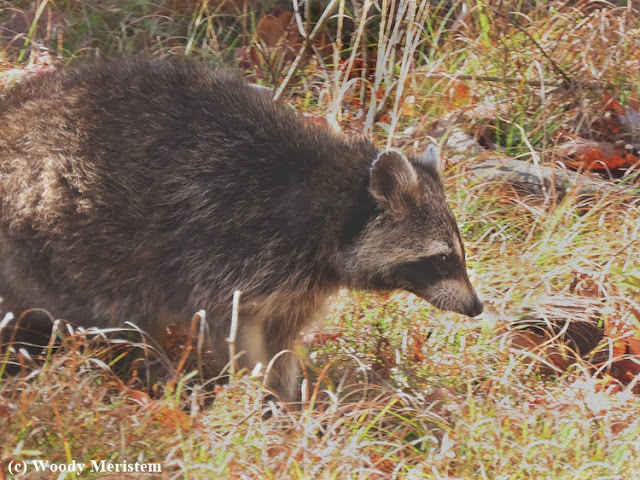 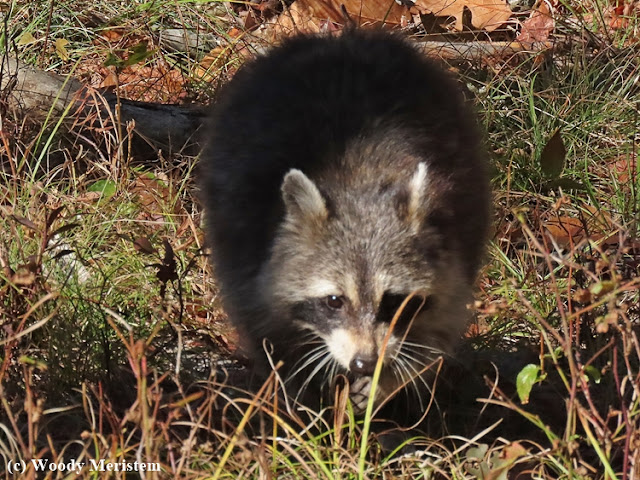 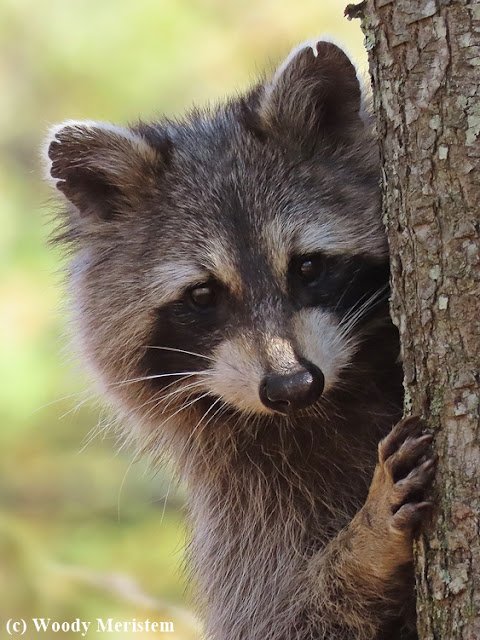 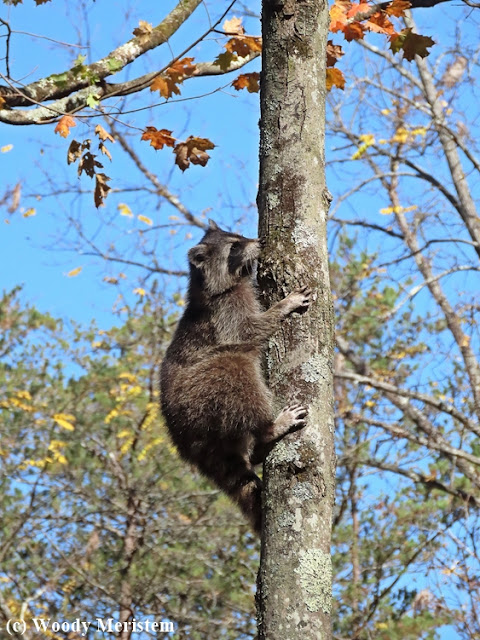 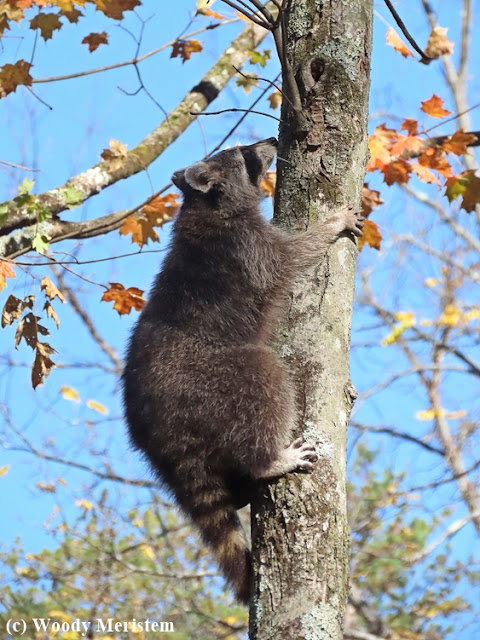 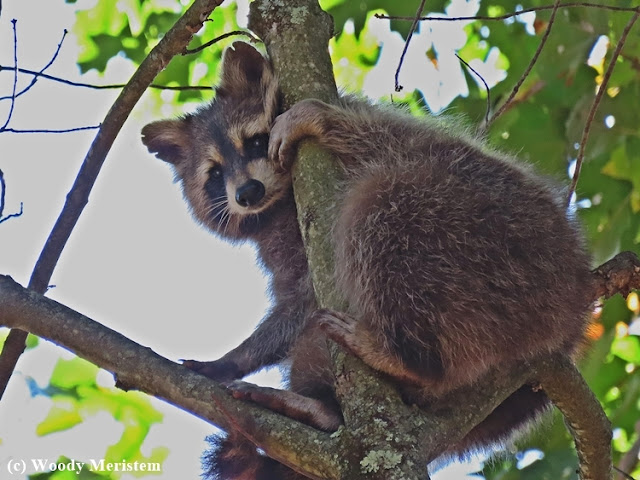 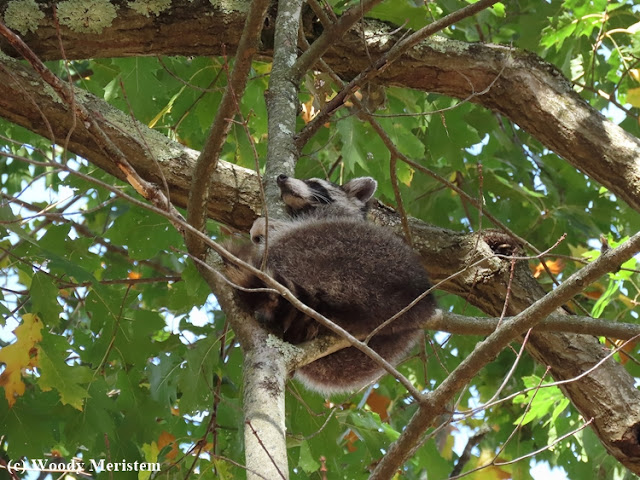 I think it was just tired!

I have occasionally seen them out in the day time here.
But it is odd.
They are beautiful animals.

Our raccoons are out in the day all the time, here.
We've no rabies here, which is good for us.

That was a walk worth taking...but then, aren't they all. I love that you brought home such wonderful pictures of the raccoon. We see these adorable little critters often out and about by day. It all depends on what food is available. When army worms are in the fields, day or night, so are the raccoons.

They are cute critters, great photos. I would keep a good distance from them, you never know if it is sick. Thank you for linking up and sharing your post. Take care, enjoy your day. Have a great weekend.

Hello. It looks like such a sweet animal. Great photos.

I think raccoons do as they please, as they don't know how to read what is written about them ;) People say the same thing about skunks, yet one summer at a park, we had the privilege of daytimes visits of a spotted skunk foraging for food all throughout the summer before it gave up the ghost to old age.

Hello, I hopped to you from the Furry Gnome, and love your stills and video. Possum what a laugh to see it carrying the dry bedding, hope it made it to his winter home.They are a pest down here in New Zealand, and not as pretty as your racoons, that was such a pretty face on the tree.