North of us there’s a farm that I frequently visit. Farming on this land began in the mid-1800s when the forest was cleared and crops were first planted. The farm’s beautiful stone walls were reportedly built by Irish immigrants who worked in return for a place to sleep and food to eat – 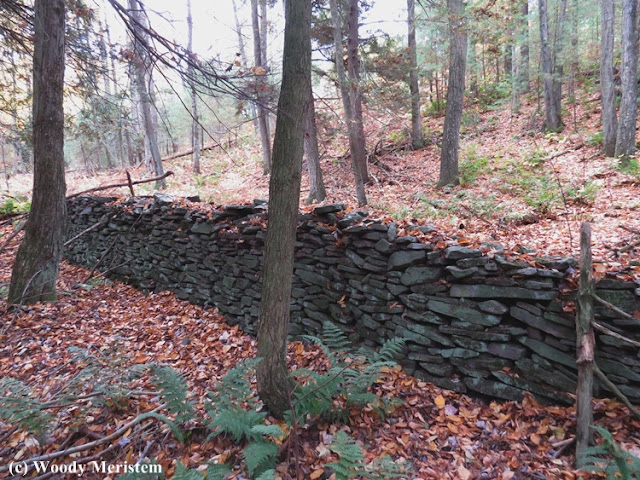 The farm’s soils didn’t contain enough rock to fully complete enclosing the fields with walls of stone. But there had been a lot of white pine growing on the fertile soils and the abundant stumps were in the way – and so the stumps were removed and put to use as a couple of fences.


Wherever white pine grew in abundance and rocks were scarce stump fences appeared. There were a number of ways to get the stumps out of the ground; probably the most common were various forms of tripod-style stump pullers –


Now, well over 100 years later, although they’re slowly deteriorating, some of those stump fences can still be found on the farm where I was walking – 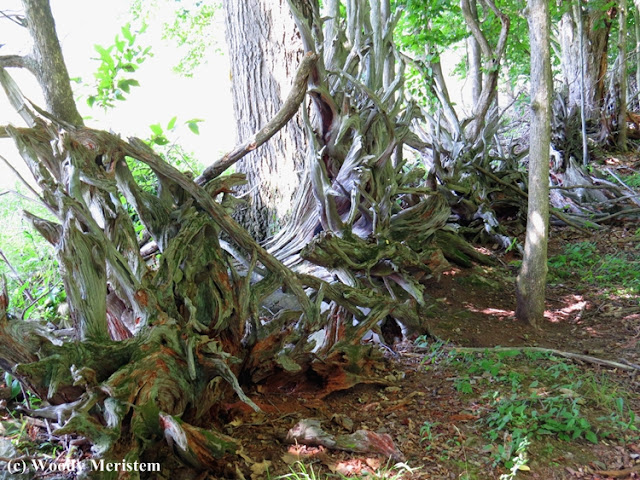 The stumps are beautiful in all seasons – 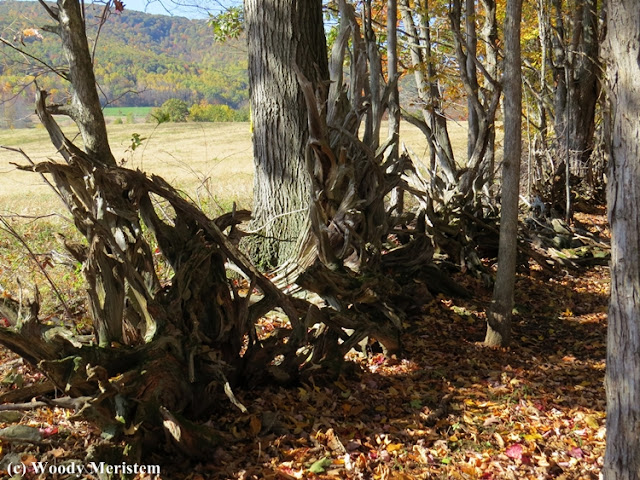 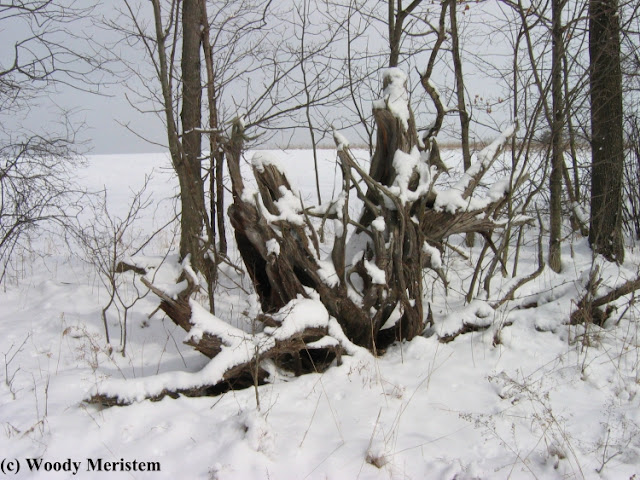 The gnarled and weathered roots have proven attractive to landscapers, and many stump fences have been dismembered and moved to suburbia. 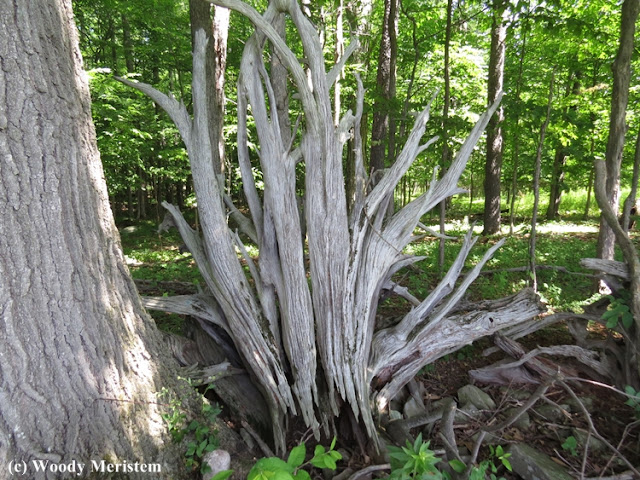 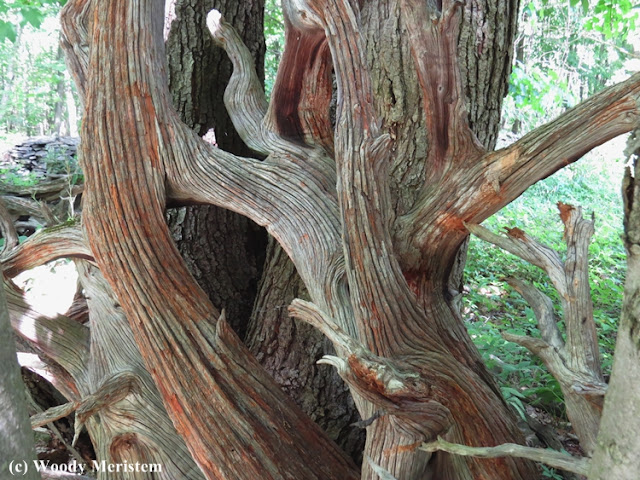 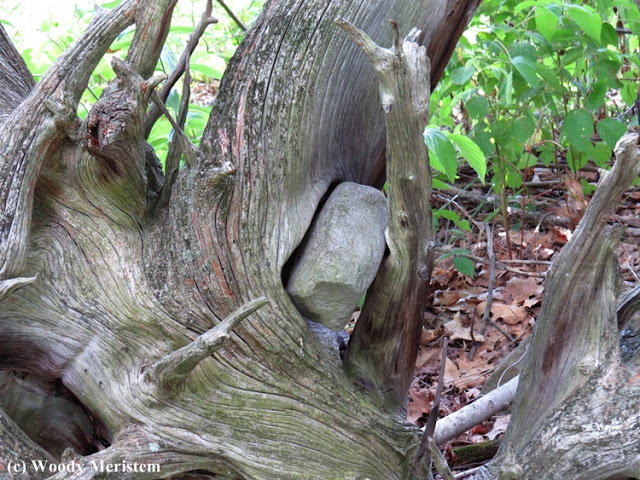 And the stumps have become home to lichen and mosses – 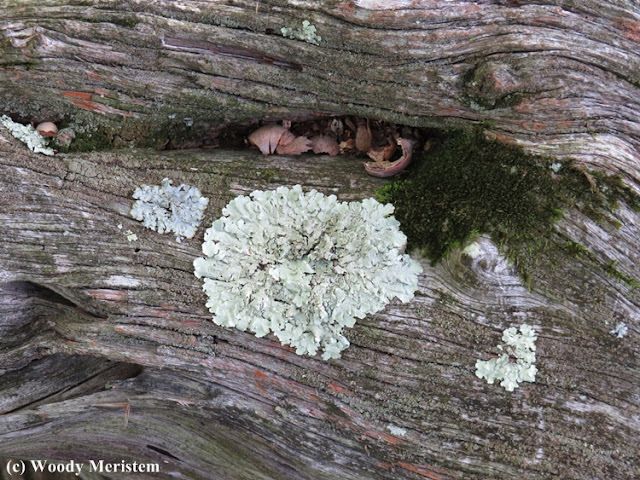 Squirrels and chipmunks scamper among the roots – 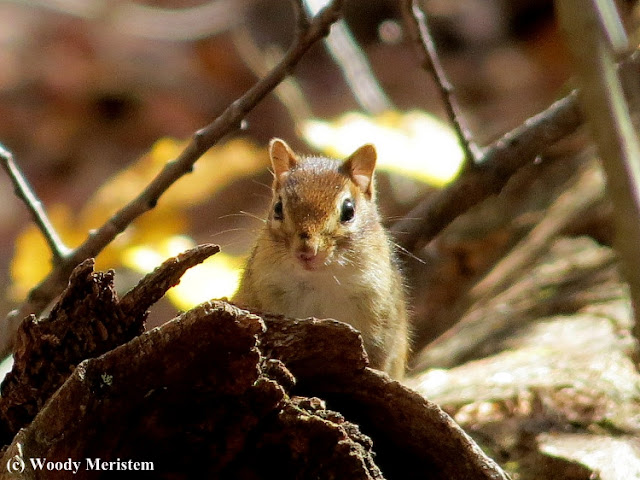 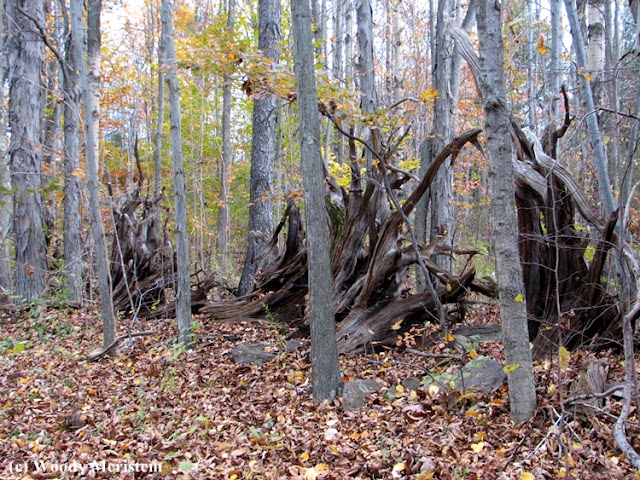 No doubt some will outlast me.
Posted by Woody Meristem at 5:02 AM

Very interesting about the white pine stumps being repurposed. Never saw this in my rural area of mostly hardwood trees.

Incredible! I love finding any kind of old fence in the woods, but a pine stump fence - wow! There's some interesting literature about pine stump fences in an area with sandy soil near the town I grew up in, Woodstock, Ontario. The patches of pine forest that provided the stumps were growing in spots where native tribes had previoulsy cleared the forest to grow their squash, beans and corn. Forests were easier to clear on the light sandy soil. The pioneer pine stump fences are therefore an indicator of earlier native settlements.

Interesting story and beautiful photos. Thanks for this.