Nope, six bucks are what showed up at my favorite camera trap location. A few weeks ago when I checked the camera it was a big male black bear that stole the show as you can see here. This time it was the six white-tailed bucks that had their chance in front of the camera. 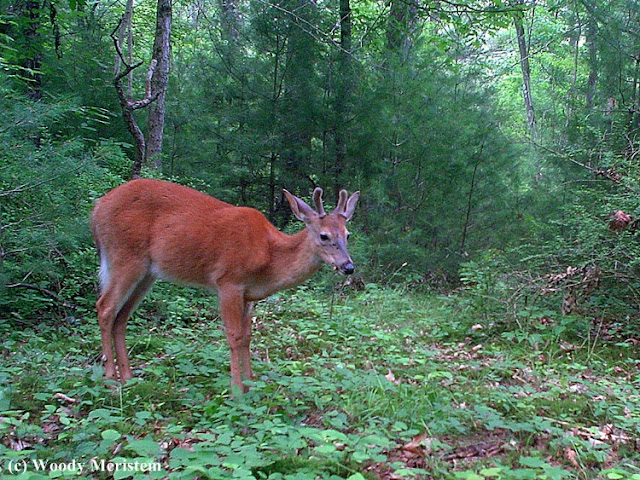 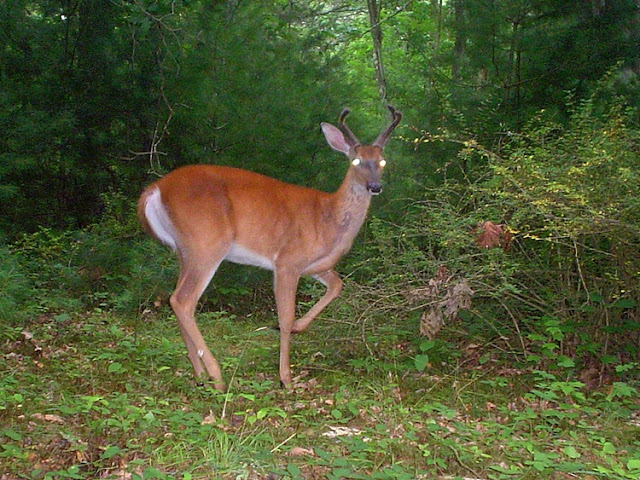 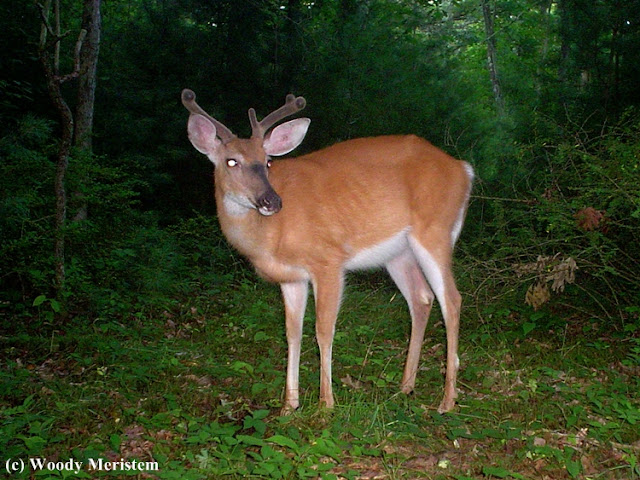 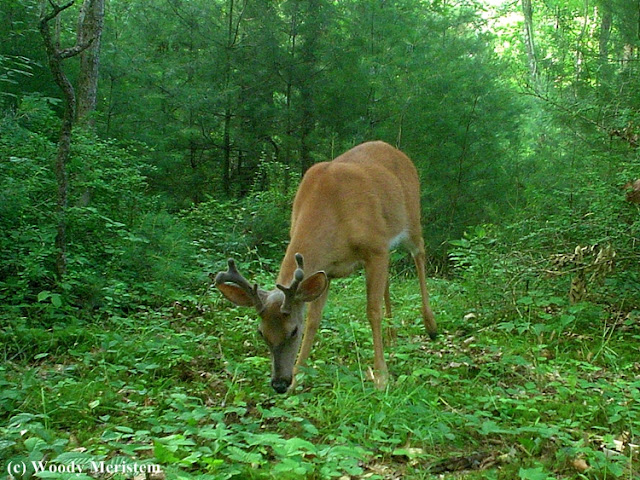 There was also a beautiful 10-point buck – 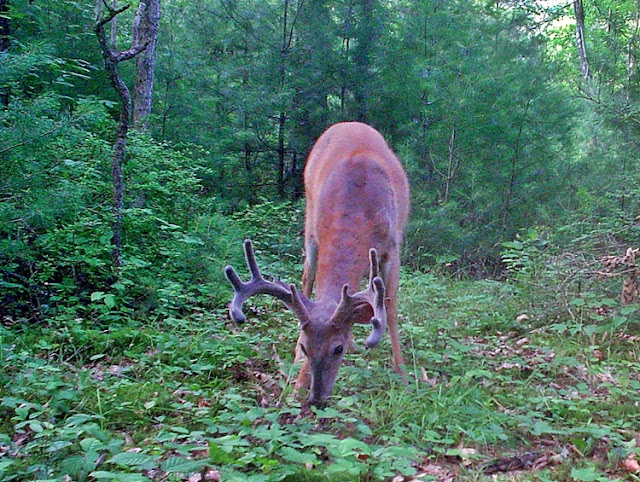 And then there was one photo showing the 10-point buck running away from the camera with another 10-point buck, mostly hidden in the shrubs, looking on. That second 10-point buck appeared in one and only one photo, this one - 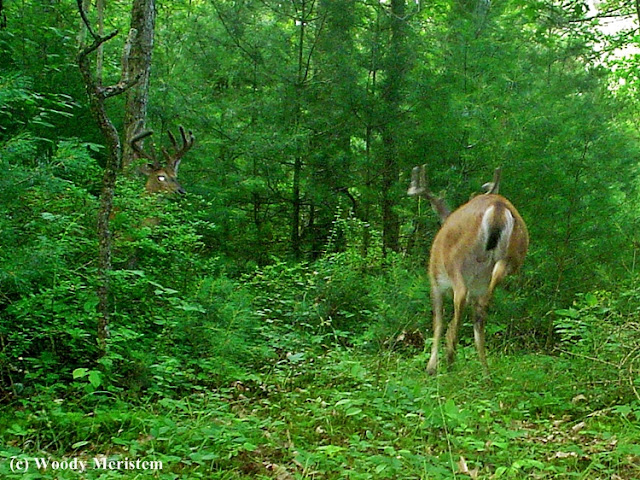 But it wasn’t only bucks that were in front of the camera during that period. There was also a fawn – 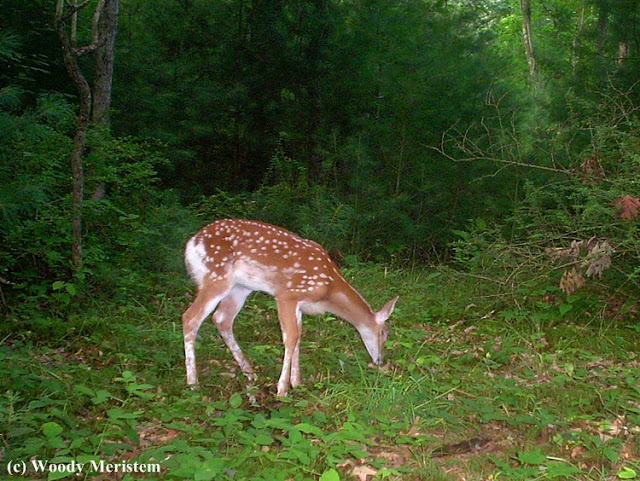 And one of those bears – 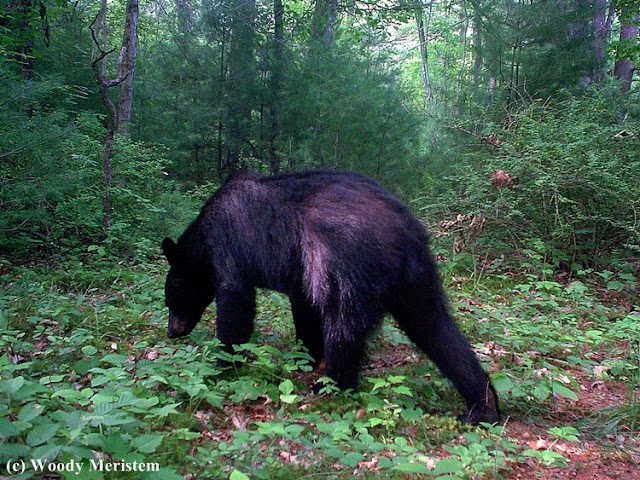 What a spot for a camera trap!
Posted by Woody Meristem at 3:27 AM

Great poctures from a camera trap!

Hello, your camera is catching some great shots of the bucks and the cool bear. The 10 point and fawn are some of my favorites. Thank you for linking up and sharing your post. Happy Saturday, enjoy your weekend!

WOW! All well captured on camera. Have a great weekend.