From Up the Hill


Ever since this blog was begun I’ve occasionally posted photos taken by the camera traps on the hill above the house. Recently a check of the cameras revealed over 450 photographs taken in the last few weeks; photos of squirrels and rabbits, opossums and raccoons, and a few songbirds.

But the real stars of the show were larger creatures. Gray fox appeared in several photos, two in several pictures – 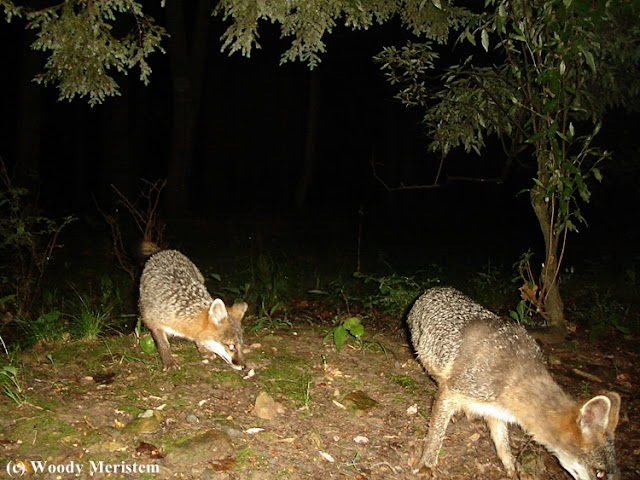 Unfortunately, one of the foxes appears to have a case of mange on its shoulders. Although the hairless area could just be an unusual case of extremely heavy seasonal shedding, it looks more like an infestation of the mites that cause mange which is normally a death sentence for a fox. 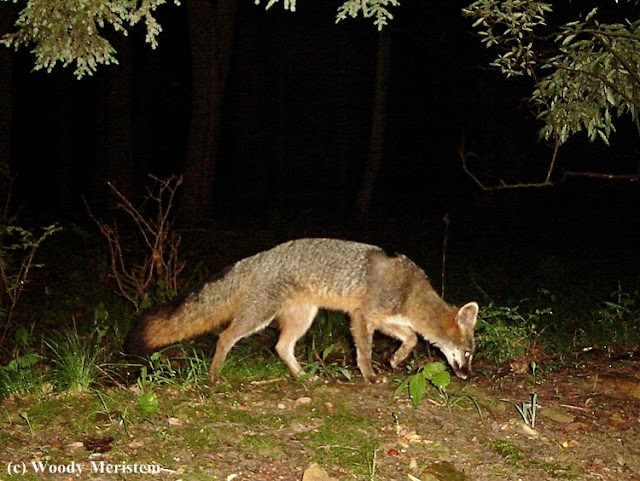 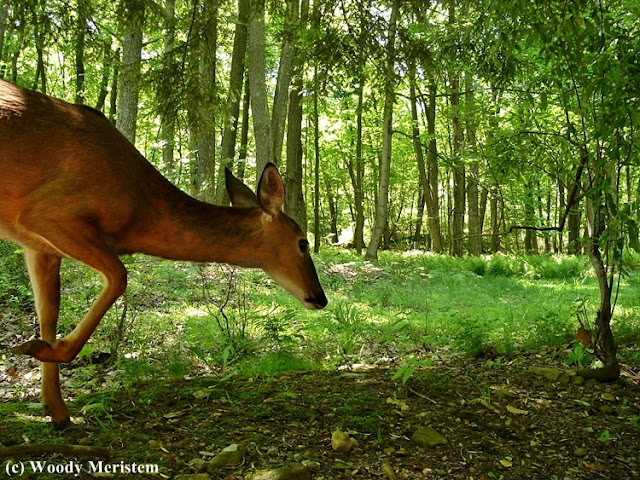 Several does appeared with fawns; one with but a single fawn, and another that had given birth to twins – 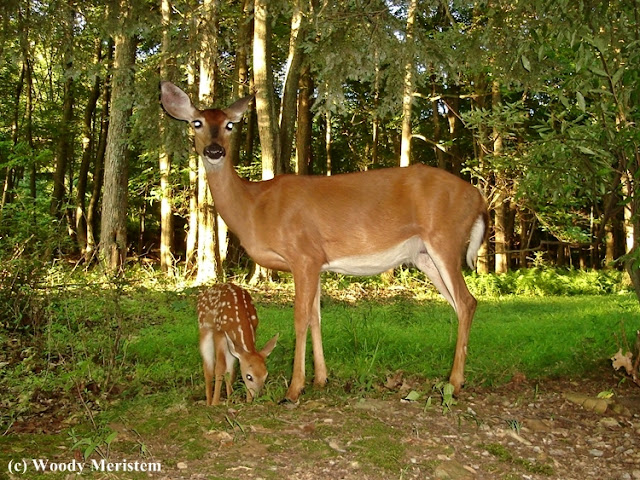 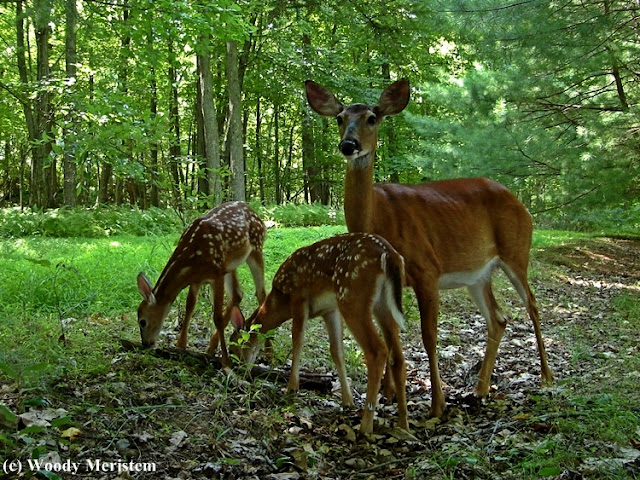 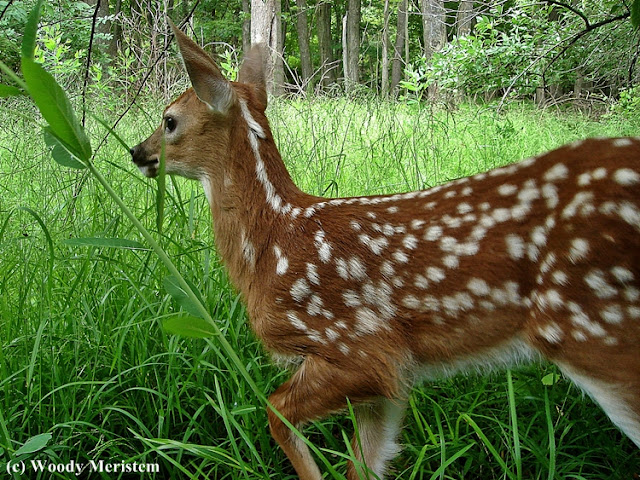 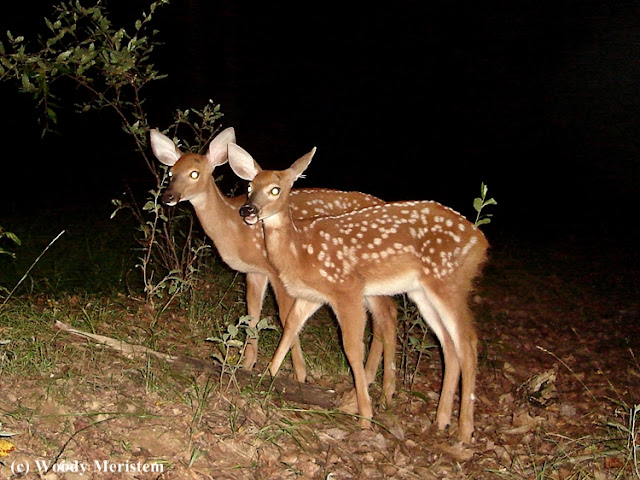 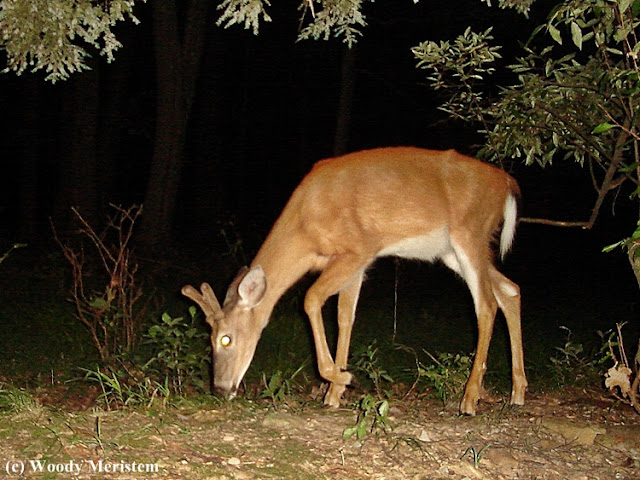 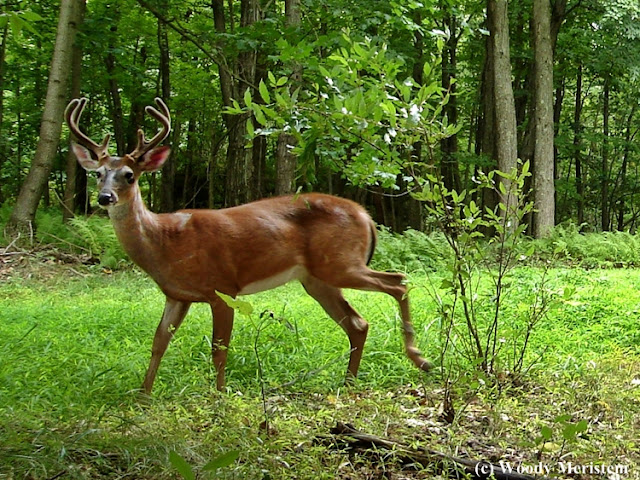 And then there was the bear that came down the hill – from the photo’s embedded data it appears that the bear came through about the same time we arrived home that day. 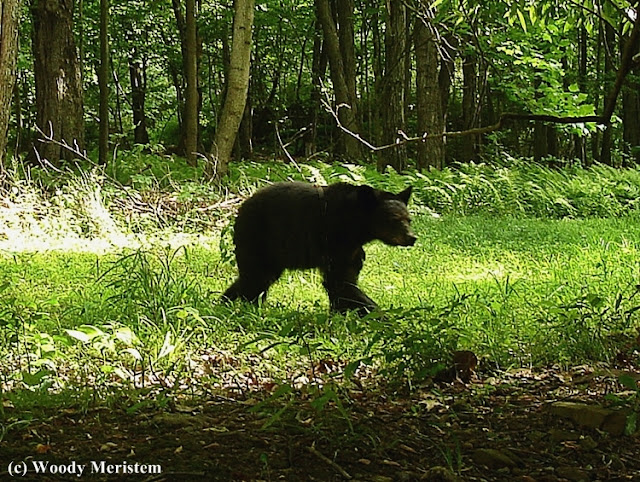 This wasn’t the large male bear that has made occasional appearances on the camera traps over the last few years, but a smaller animal – probably a young male passing through as it searched for an unoccupied territory.
Posted by Woody Meristem at 9:36 AM

Wow - amazing shots of the animals.

Hello, wonderful critter captures. The twins are so cute and I love the bear. The fox are pretty, I hope the one missing the hair is ok. Thank you so much for linking up and sharing your post. Happy Saturday, enjoy your weekend!