For a number of years a pair of peregrine falcons has nested on one of the piers under a bridge spanning the river. In summer, after the nesting season, the birds disappear for a while and are seldom seen. As winter approaches they frequent a tree along the river about a quarter-mile from the bridge; and they spend many winter days in that tree. The tree is open branched, allowing for unobstructed take-offs and landings, and is near the bridge with its abundant supply of feral pigeons.

Based on years’ worth of photographs of that pair of peregrines it appears that it may have been the same male since 2011; if so that would mean he's at least 12 years old, quite old for a wild peregrine falcon. 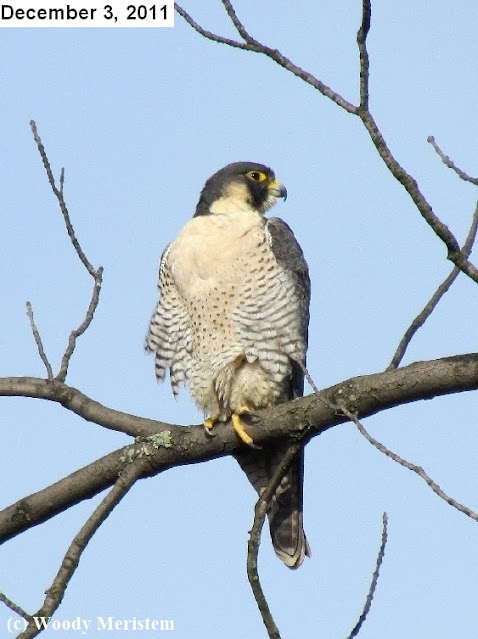 As I walked along the river and approached the tree there he was back in their favorite tree. I took a number of photographs as he yawned and preened and looked around – 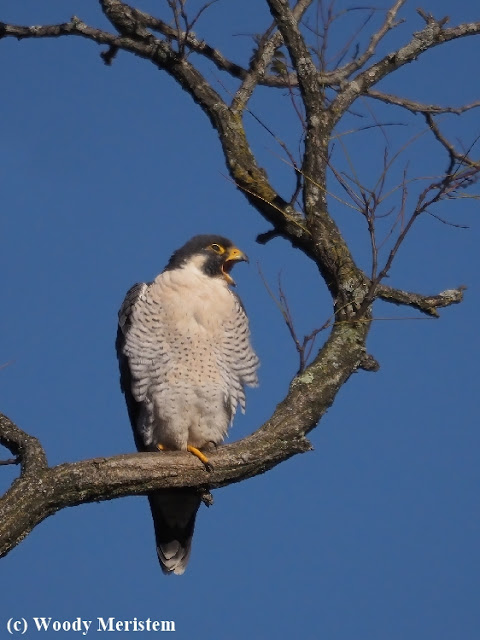 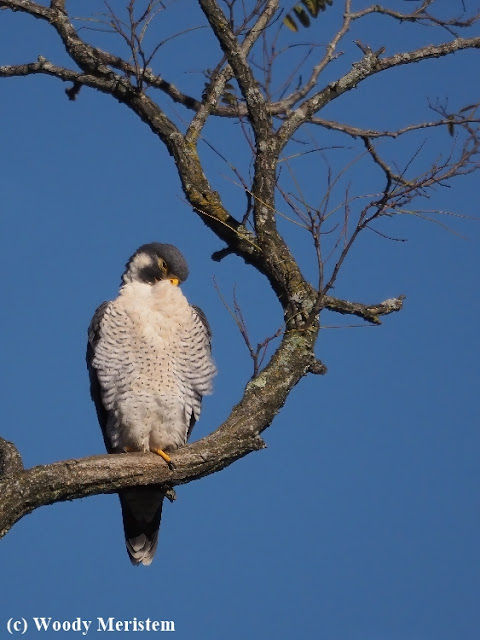 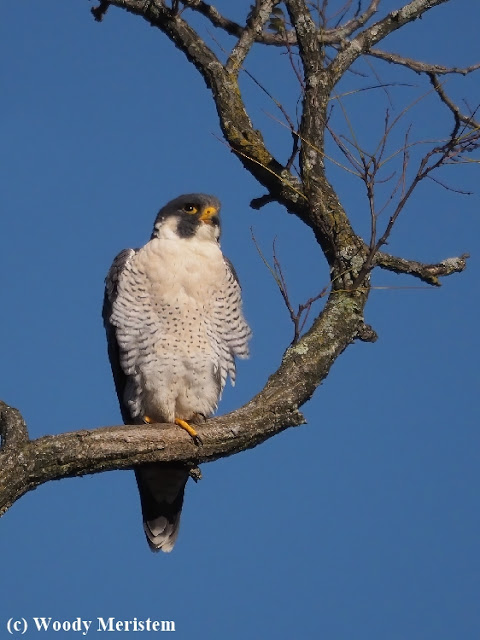 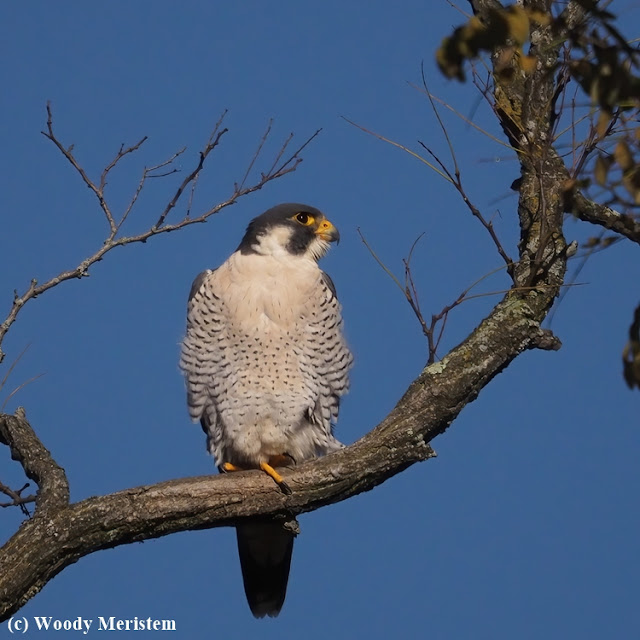 Crouched and took off – 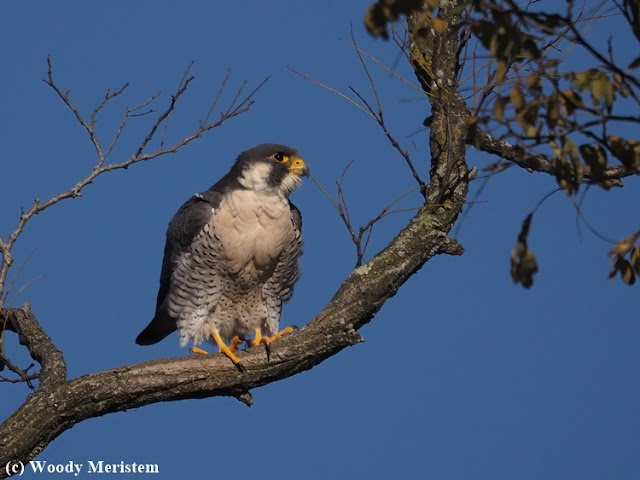 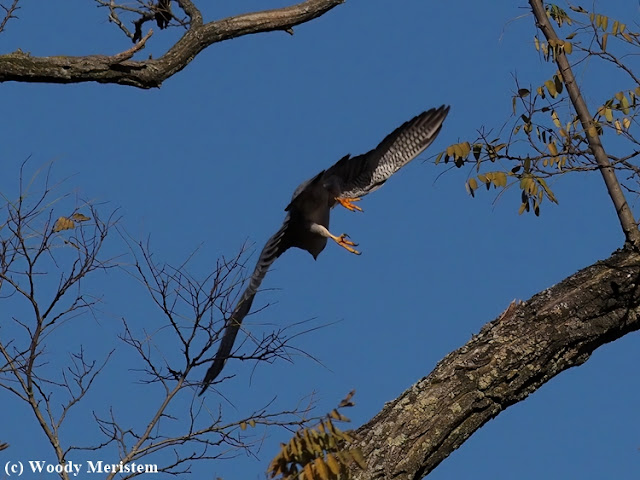 Something had disturbed him, that something turned out to be an immature bald eagle winging upstream below the height of the riverside trees. The limbs and twigs were thick enough that I couldn't see if the peregrine went to harass the eagle or flew elsewhere. With the dense branching there was no point in trying for a photo of the eagle.
Posted by Woody Meristem at 5:41 AM

Wow! Nice photos! It is exciting to see such magnificent birds.

well, you do have wonderful images of the falcon. I would think it difficult to identify the same bird year after year, unless it had some type of difference from the others.

Another good story from Woody M. Thank you for sharing the gorgeous images. Kim in PA

That is just amazing to see this Falcon again and photograph it. I know it was exciting!

Such nice pics of the peregrine falcons