Over the last few years In Forest and Field has featured four photo-a-day-for-a-year projects. They’ve been interesting and fun and readers of the blog seem to enjoy them. I’ve thought about doing another such project but needed more of a challenge. So I’ve decided to undertake a fifth project, this one featuring the natural world within 200 feet of our back door.

The environment within that 2.88 acres consists of lawn, flower gardens featuring annual and perennial flowers, shrubs both native and non-native, an apple tree, shade trees and relatively undisturbed woodland that developed after a pasture was abandoned about 100 years ago. That woodland adjoins thousands of acres of forest most of which, although it’s been repeatedly logged, has been forest for thousands of years.

This project will be broken into four segments based on the meteorological seasons, so the first will be for the winter (December, January and February) and will be posted in early March. If there’s an interesting photo to be had for each day of the winter, the rest of the year should be easy.

As an introduction, let me introduce you to life at our little pond: About 20 feet from the back of our house, at the base of a fairly steep bank, there’s a short wall separating lawn from bank. Many years ago I constructed a small pond behind that wall; small it is, about two feet by four feet with a maximum depth of 18 inches. In the water grows a dwarf fragrant water lily, a few fish swim to devour mosquito larvae, red-spotted newts rise for a breath of air, green frogs devour insects and bask on the wall. The pond is directly outside the kitchen window from which we can watch some of the goings-on. 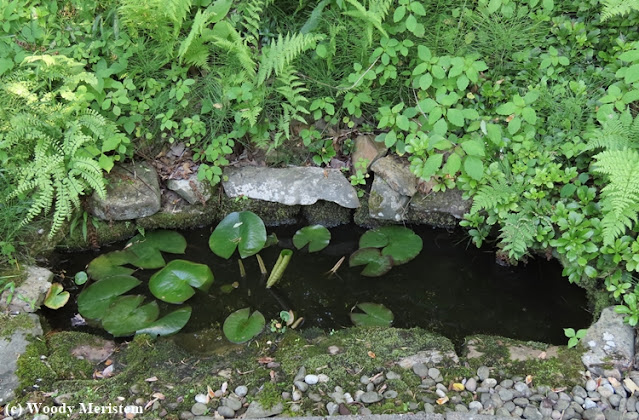 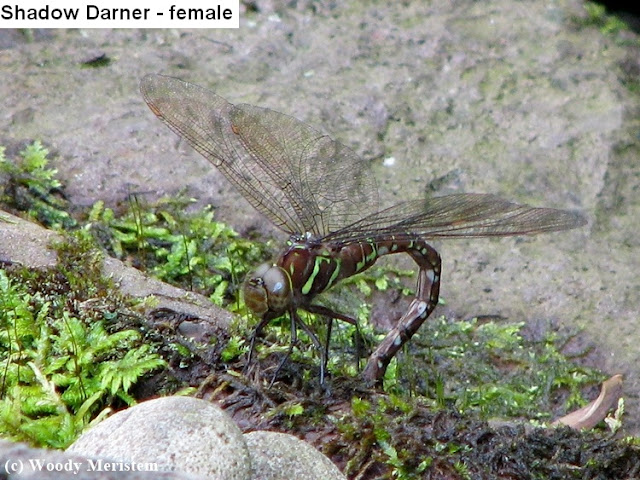 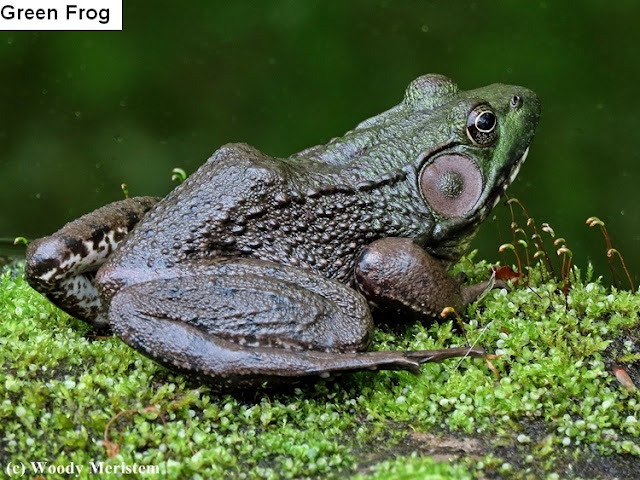 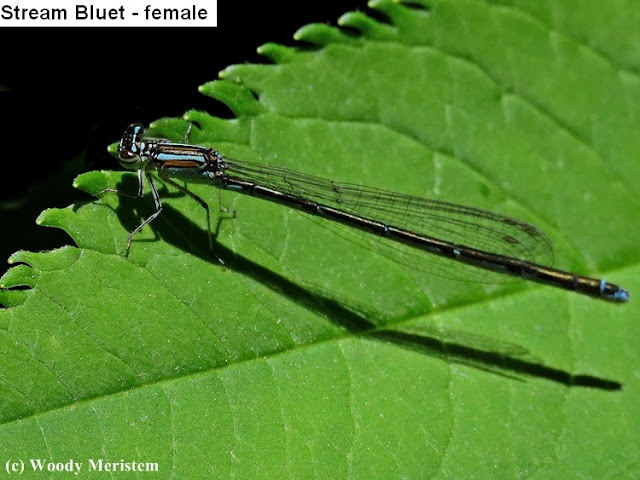 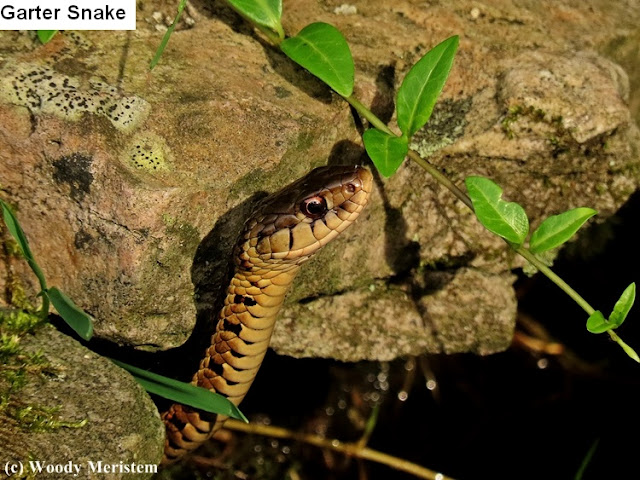 A camera trap has occasionally been placed to capture videos of visitors to the pond. Those visitors have varied in size and may come night or day. Here are videos from the camera trap –

Some of the visitors are residents, some are just moving through and we or the camera trap have certainly missed seeing others. Water is a magnet for wildlife, it was well worth taking shovel in hand all those years ago.

I'll begin taking a photo a day of the plants, animals and other features of this world to be seen within 200 feet of the back door on December 1 – watch for the results in this space in early March.

By the way – NO, we're not afraid of the black bears that occasionally visit nor do we feed them which is both foolish and illegal.

Posted by Woody Meristem at 5:49 AM

I'm looking forward to seeing how you meet this challenge you've given yourself.

The video is nice to w as tch, almost like being there. The bears, though, I hope they don't become a problem for you.

Wow! Mother bear and two cubs... that's quite a bit of bear for your small pond. Glad you enjoy it so much.

This sounds like it will be really fun - and a good challenge.

Hello,
Sounds like a fun project. I love the frog and the bear video.

Thank you for linking up and sharing your post. Take care, enjoy your day and week ahead.

Great post and photos! The bear is my favorite.
Thank you for linking up and sharing your post. Take care, have a great weekend.

That's a great idea and we will all enjoy this project. I had someone stop to tell me where they had seen the black bears yesterday. I'm not really afraid of them but I do want to be aware and give them their space. They have cubs right now too. 2 adults and 3 cubs are roaming together. Enjoy your weekend.

Hi Woody, What a little water adds to yard life is impressive - bathing, drinking, eating. It serves many a being in your area. The bears - oh my, so glorious. Thoroughly enjoyed the video - joy, joy, joy. It must give you and H. much satisfaction as you see the plentiful return on your earlier muscle and shovel investment. Lovely stone wall too. I'm a sucker for those. Kim in PA