Caught in the Boil 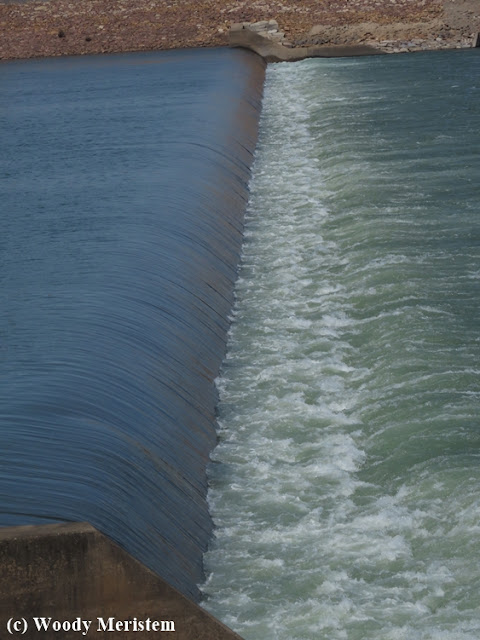 There’s a low head dam on the river, the slack water above the dam is a good place to see waterfowl during migration so I often walk a path along the shore looking for ducks and gulls that are seen in our area only during migration.

It was on one of those shoreline walks when I saw a small flock of buffleheads on the water. The birds would float slowly downstream on the flat water, diving and feeding as they went, until they got close to the dam and then they'd fly back upstream to repeat the process. 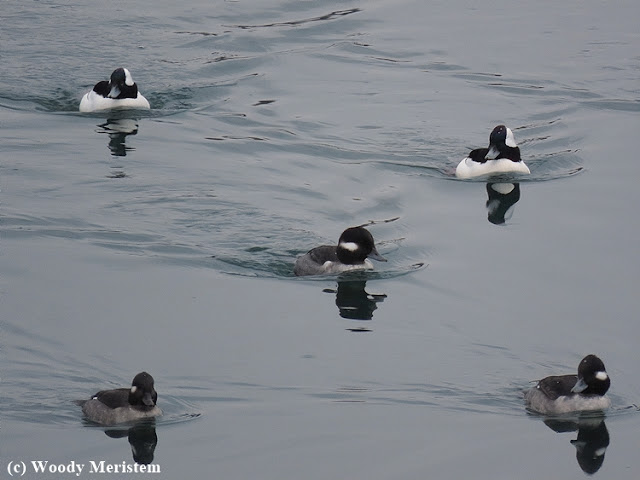 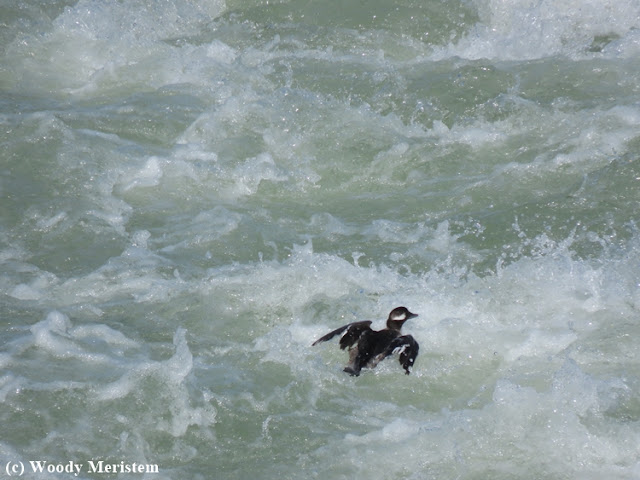 People frequently drown at low head dams, but even waterfowl that spend the winter on large bays or the ocean and make their living by diving for food can be victims of the drowning machine.

Posted by Woody Meristem at 5:35 AM

So sad! But thanks for alerting folks to the danger of water hazards like this. I live near a waterfall on the Hudson River where kids jump in below it for the thrill of being whisked downstream. But too often, they get caught in the roil that holds them underwater or sweeps them against the undercut banks and pins them there until they drown or are injured by being battered against the rocks. And sometimes the water below the falls is so aerated you cannot swim against it any more than you could swim in a cloud.

There were signs on the Patapsco River in Maryland about the dangers of swimming near the dams. Never understood how the dams worked so thanks for the graphic explanation. Too bad for the water bird.

Good explanation of a serious hazard.

That is pretty scary!

Great photo of the Buffleheads. I hope the little one was able to escape the boil. Thank you for linking up and sharing your post. Take care, enjoy your weekend.

So sad! I hope it escaped somehow!