Several of us were in the coffee shop talking about the history of the Hepburn Street Dam in the West Branch of the Susquehanna River at Williamsport, Pennsylvania. The original dam, built in the 1850s to create a large stillwater for the storage of logs, was constructed of timber cribs filled with rock; the new dam, of concrete, was constructed in the 1980s to replace the old deteriorated dam. 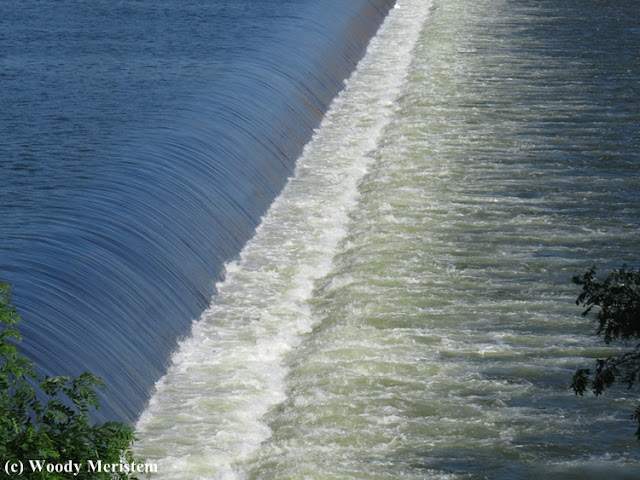 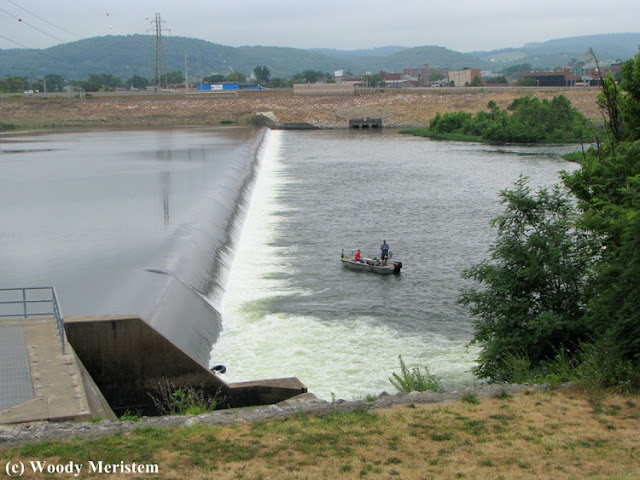 On the concrete dam is a sign mandating that boaters stay at least 100 feet from the “boil” on the downstream side of the dam. The boil is that foaming mixture of air and water that forms as water flows over a low dam. Because the boil is a mix of water and air (up to 30% of the boil is composed of air bubbles), it provides minimal buoyancy and makes low-head dams a significant hazard. 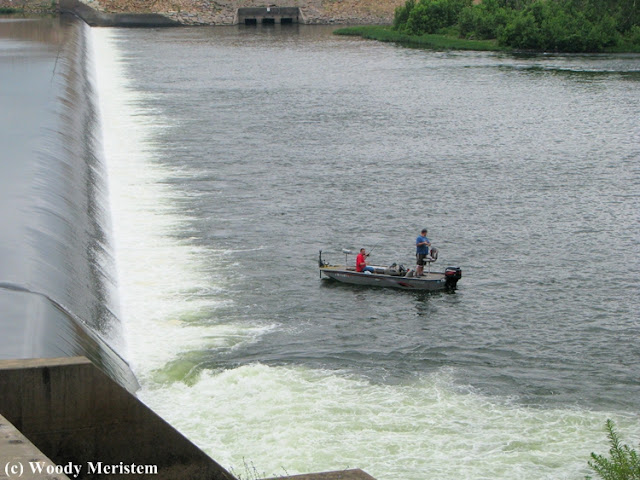 With the advent of spring’s high water and the return of water sports it’s well to remember that low-head dams such as the Hepburn Street Dam are called drowning machines for good reason as evidenced by this incident on the North Branch of the Susquehanna at Binghamton, New York  –


Three people died in that incident in the 1970s and two died last year at a similar dam in Harrisburg, Pennsylvania (at least 29 people have reportedly drowned at that one dam). People drown in the boil of low-head dams almost every year – be careful.
Posted by Woody Meristem at 6:50 PM

Now I understand the danger. The video was a chilling reminder.

Very good reminder! Many don't realize how you can get caught in the boil and just go round in circles. Video was great, if scary.

I suppose, with signage, it's self-inflicted. it's the families I feel sorry for.