The Stories They Could Tell

Throughout northcentral Pennsylvania the predominant size of the farms in the 1800s and early 1900s was between 50 and 100 acres, many were even smaller. Quite a few of those farms were on soils that were marginally suitable for agricultural crops, soils that were shallow or very acidic or on steep slopes.


Often it didn’t take more than a generation or two for those soils to be exhausted, having lost the nutrients and organic matter that had taken centuries to accumulate. That, in combination with several agricultural depressions and better paying jobs in towns and cities, resulted in a large number of farms being abandoned by the 1960s.


In other cases, especially on better soils, the economics of modern agriculture resulted in farms being consolidated and many of the buildings became superfluous to operation of the now-larger farm. The loss of old barns was the subject of this post.


It’s not just barns that have been abandoned and left to decay and collapse, it’s also some of the old farmhouses. Here are a few abandoned houses that can be found along the roads I’ve traveled – 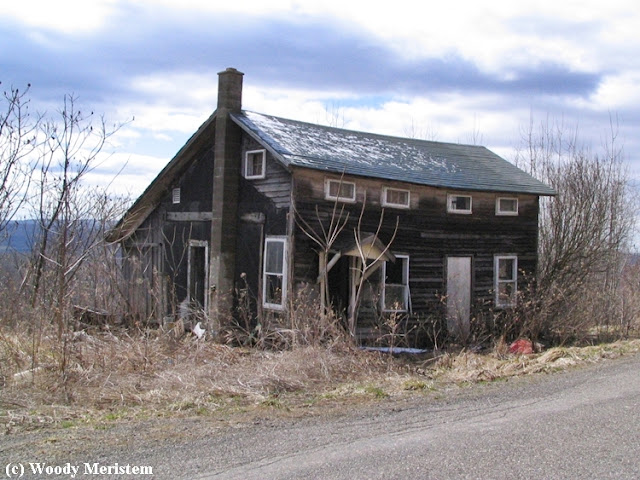 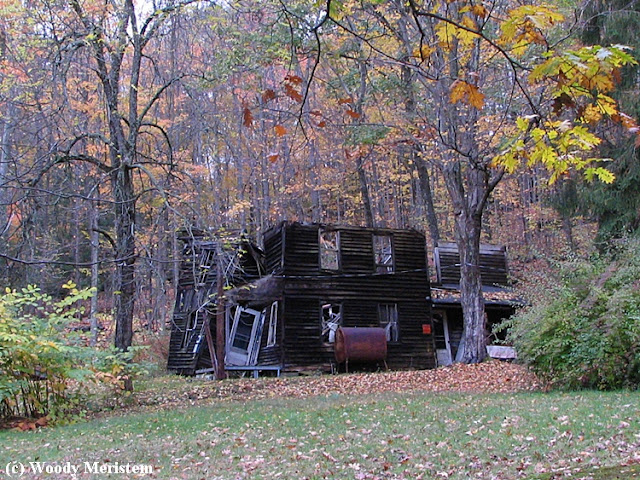 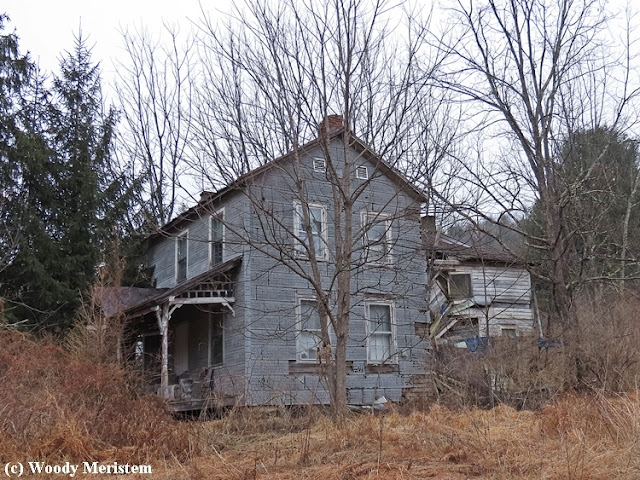 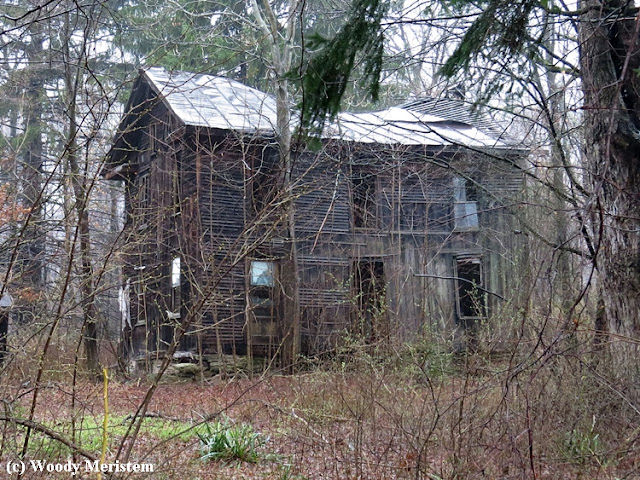 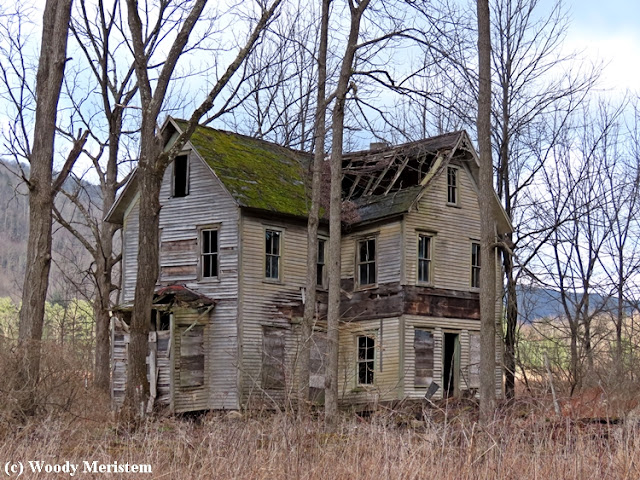 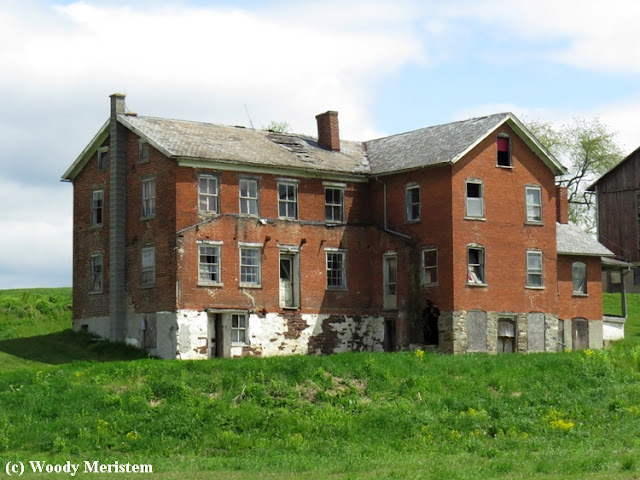 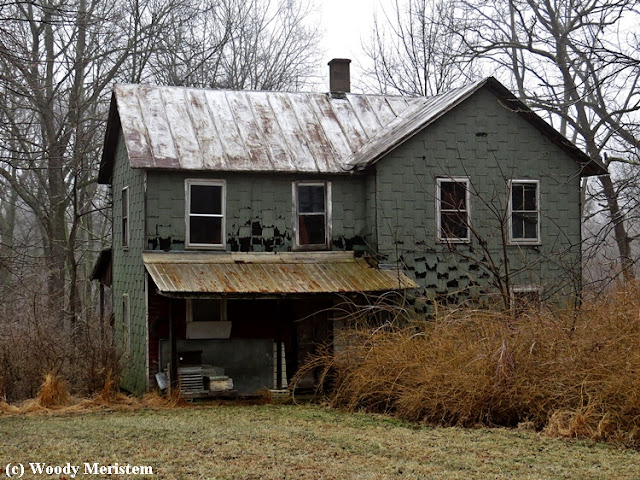 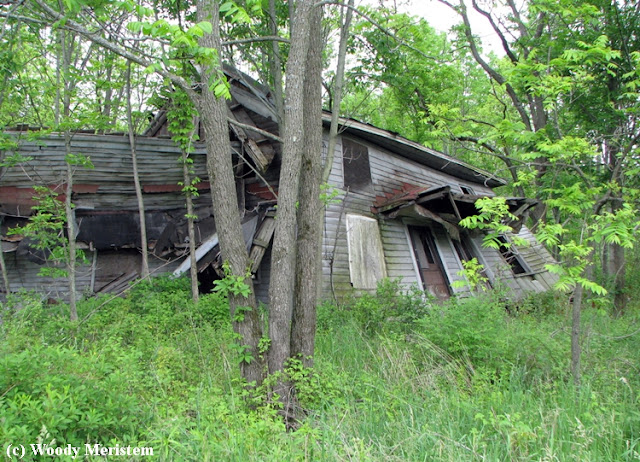 Oh, the stories those houses could tell if they could but speak – of the children that were born and grew up in them, of joys and sadness, and the lives of the men and women who made their homes there, of the heartbreak of a failing farm.
Posted by Woody Meristem at 6:53 AM

And I thought of the last day, when everything had been moved out that was to be kept wherever the occupants were now to live, and the last look that they gave to the old homestead while they've probably never come back to see the state it's in now. Or perhaps it was after the estate had been finally settled, and some attorney closed it up. It just seems so sad to me.

I see an abandoned house occasionally, but not very often. Falling down barns much more often.

I sad sight to see. THere was a house, not on a farm, in VT near the house my daughter was renting. It was quite large and multi-storied. The shrubs and trees had grown up all around it. We went round it and peered in the window. It looked like the occupants had just left. Everything was still there. We figured it must have been a death and then tied up in probate court. Very sad. I would be curious to go b there again and see if the house is still there.

I think it is going to get worse...I am glad you are well... I wanted to let you know that I have restarted Nature Notes meme....Michelle