Beautiful they are, fly they do not – actually they glide. These small creatures are nocturnal, inhabiting cavities in trees and nest boxes as well as barns and cabins in wooded areas. They're fairly abundant in wooded areas and often visit bird feeders at night. 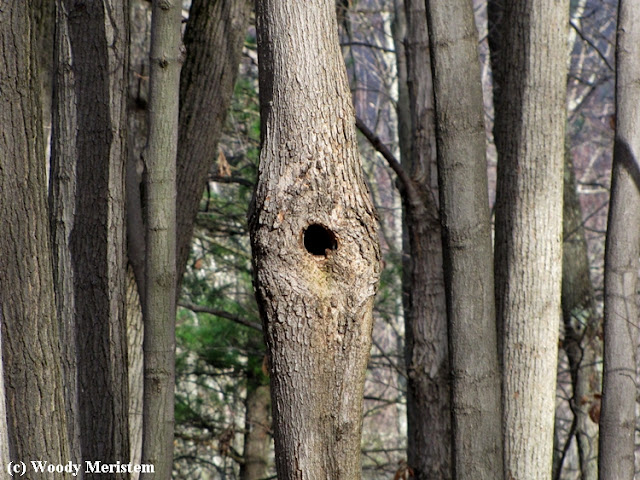 For many years I’ve habitually tapped on trees containing cavities to check on possible occupants. It was about 50 years ago when that tapping caused an occupant to peer out of the opening – 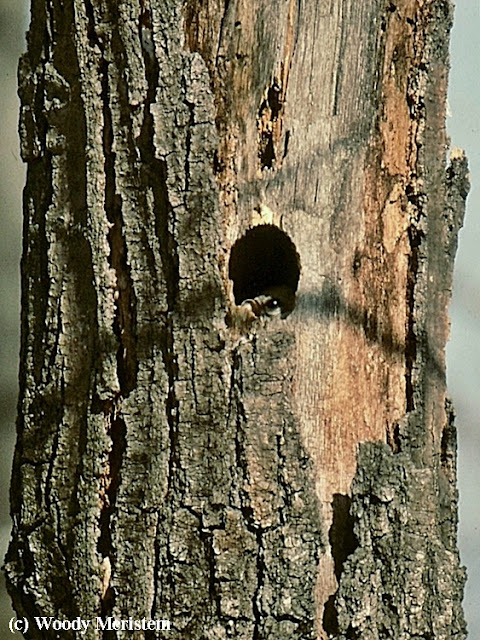 Then to stick its head out – 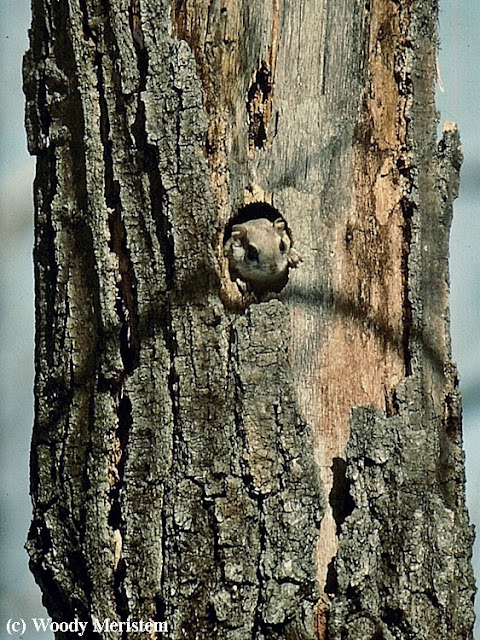 And finally to emerge – 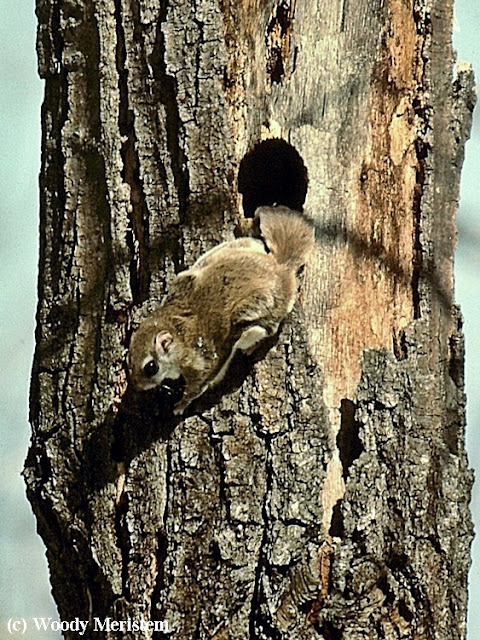 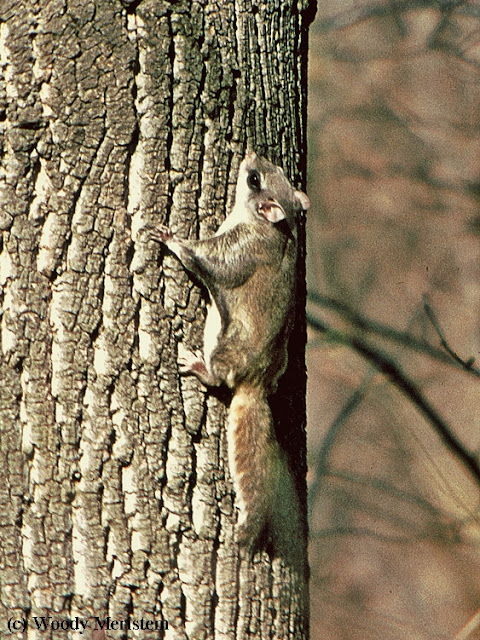 Southern flying squirrels feed on fruit, nuts and fungi as well as insects, birds’ eggs and nestlings and carrion. They spend daylight hours in cavities, during non-breeding season in groups of up to 25-30 animals; cavities are also used for rearing the young – 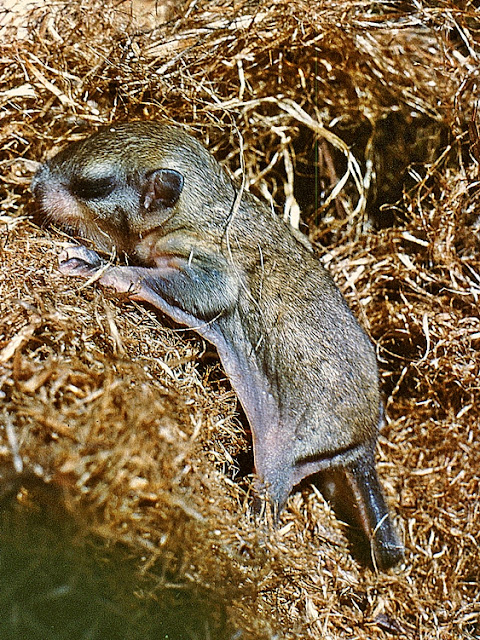 Flying squirrels glide by using membranes (called the patagium) which reach from the front leg to the rear leg on each side of the body. At the end of a glide they swoop upward to land on a tree trunk and quickly scurry to the opposite side to avoid predation.


A closely related species, the northern flying squirrel, prefers coniferous woodlands and is found in scattered locations in the northern states and southward in both the Rocky and Appalachian mountains as well as throughout Canada and Alaska. 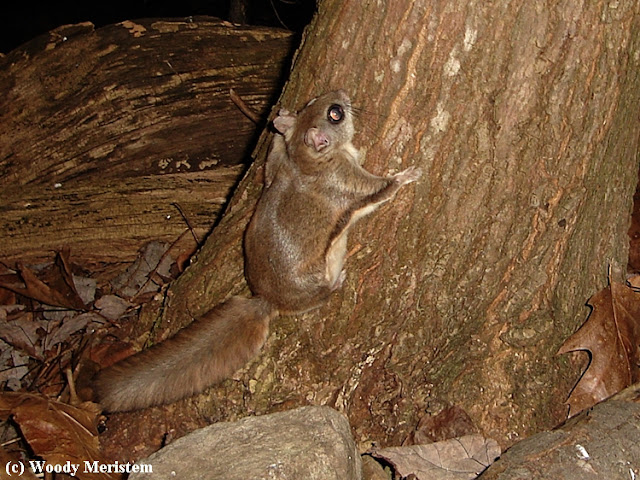 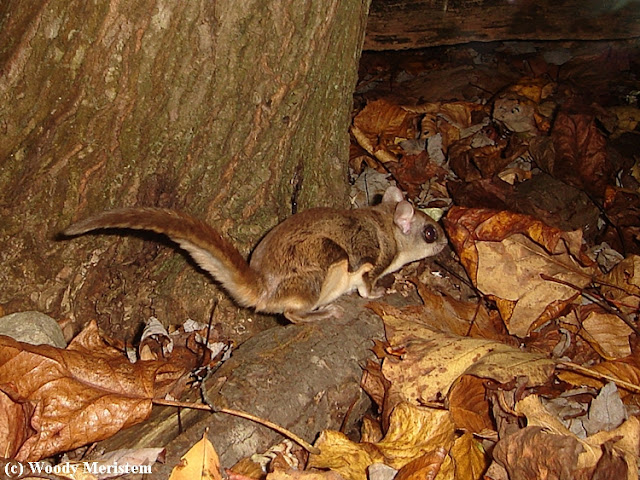 Although flying squirrels are quite common, few people ever see these strictly nocturnal animals – I hope you enjoyed seeing them here.
Posted by Woody Meristem at 6:58 PM

Thank you for this wonderful interesting report and photos of this Flying squirrels. The video is great!!!
Greetings Elke

How delightful!
Such nice snapshots!
Thanks for these nice photos!
My contribution ...

You are so right, I've never seen one, and would probably think it a bat if it flew around at night near me. Thanks for capturing this little guy/gal for us.

One of the animals I'd love to see!

Nice post and photos on the flying squirrels. Thank you for linking up and sharing your post. Happy Saturday, enjoy your weekend.

So cute and great pictures!

Hello. The photos and video are great. Here in Finland the flying squirrels are endangered. I have never seen it.

Great photos and video. It's a pity that there are none where I live, but we have fox squirrels and Abert's squirrels and pine squirrels (chickaree) up higher.