An earlier post outlined an old farm which I periodically visit and enjoy because of the variety of habitats and the interesting features that can be found there. A recent return visit to photograph the wildflowers was the best of all.


The old farm buildings are long gone, replaced by a cabin the owners visit on occasional weekends and vacations. As I walked toward the cabin a furry creature quickly disappeared beneath the deck. Several years ago a woodchuck had taken up residence beneath the deck and became quite habituated to human presence. Without paying much attention, I made an assumption that it was a woodchuck again.


Wrong! I’d paused to look at a titmouse calling from a tree and when I looked toward the cabin again there was a young red fox peering through the wire that covers part of the gap beneath the deck. 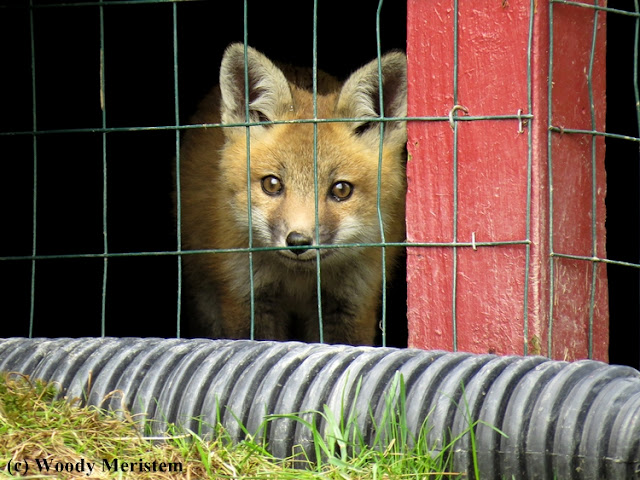 Hoping the fox would come out from beneath the deck, I sat on a large rock, camera at the ready. It wasn’t long before the little one emerged – 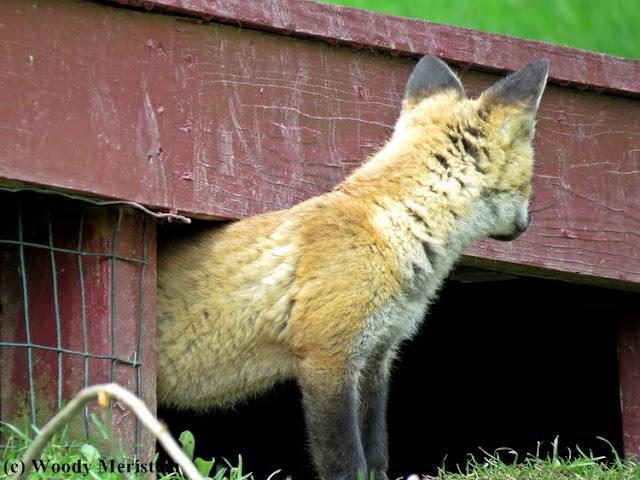 The young fox was so active that, after a few still photos, it was time to switch the camera to video mode –

There was an obvious personality difference between these two young foxes. The first to emerge was active and curious, frequently looking at the birds passing overhead and picking up scents from the air. It was also less timid than its sibling which emerged later and just sat in place until they both disappeared beneath the deck. 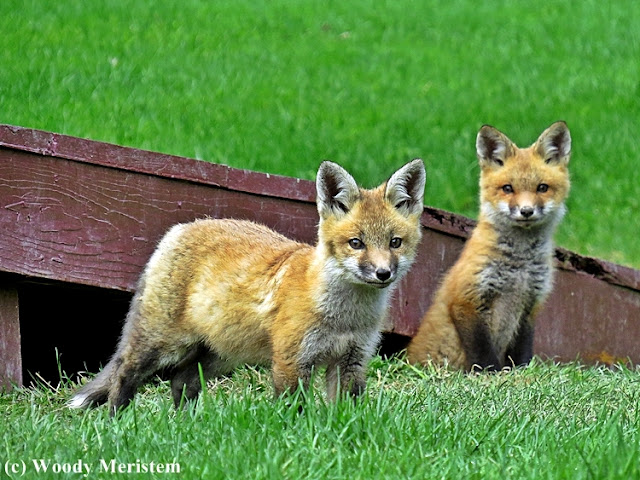 Posted by Woody Meristem at 4:35 AM

Very cute. They didn't seem to be bothered by your presence at all.

The fox are so cute. Great photos. Thanks for linking up and sharing your post. Happy Saturday, enjoy your weekend.

Those foxes are just adorable! What a great sighting!

So cute, and lucky you being able to photograph them. Superb!