Farewell to the Glen?

In the late 1800s a hotel was constructed along the Lehigh River in eastern Pennsylvania. Called the Hotel Wahnetah, it reportedly had 47 rooms and a number of facilities and activities for guests including a hike to a series of waterfalls in Glen Onoko, a steep narrow valley.

Glen Onoko was so significant that it was even shown on the U.S. Geological Survey's 1889 topographic map. 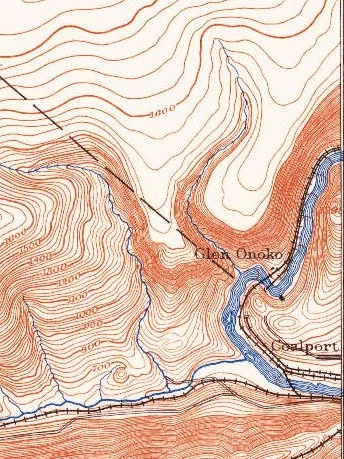 The old hotel burned during a forest fire in 1911 but the waterfalls in the glen remained famous as a destination for hikers. In October 1983 a physician friend and I hiked Glen Onoko during a dry period when the falls were far from their best. The next year during a similarly dry period we returned with others from our local hiking club; I haven’t been back to Glen Onoko since that long-ago hike.


Recent news about Glen Onoko prompted me to get out the old 35mm slides of those hikes and digitize a few of them. Unfortunately, many of the old slides are badly faded while some seem as good as ever – other folks have posted much better photos on-line. Here’s a brief tour of the glen, including two of its three significant waterfalls. 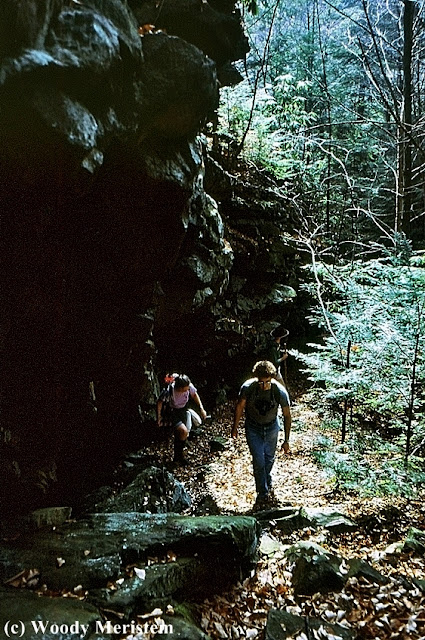 Both times we hiked Glen Onoko the stream going over the ledge atop Onoko Falls was dry enough that we could safely venture out to take in the view, but others have fallen to their deaths from this spot – 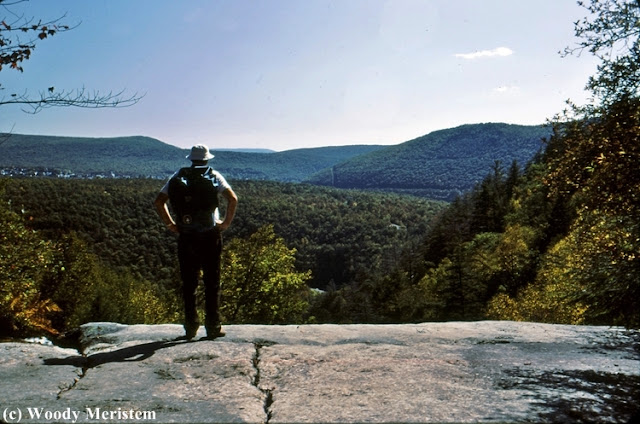 Glen Onoko dissects a plateau, so we hiked along the plateau's rim to enjoy other great views – 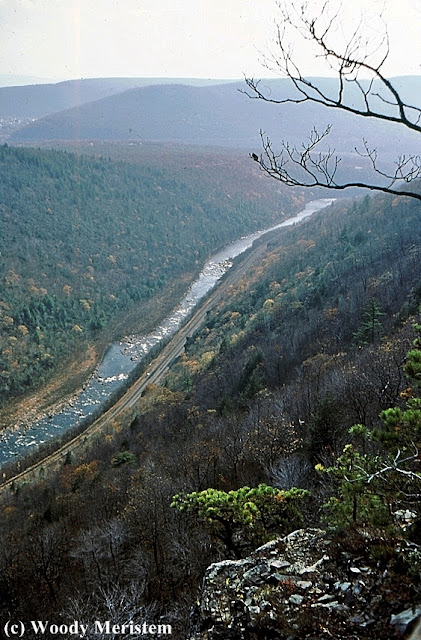 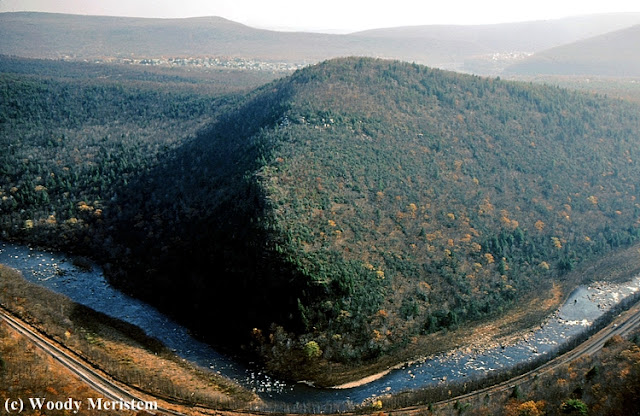 Long after the old hotel burned most of the land, including Glen Onoko, was sold to the Pennsylvania Game Commission (PGC) and became State Game Land 141 (17,000 acres+). Glen Onoko has been open to the public, including hikers for over 100 years – at least it was until May 1, 2019 when the PGC closed the glen to the public. Does anyone really think that signs and the possibility of a fine will keep people out? Have they ever?


The reason given for the closure was the growing list of injuries and deaths of people who have ventured into Glen Onoko and the burden placed on local rescue units. Some people who are unaware, or just plain dumb, walk the steep, rocky, slippery trail to the falls in flip-flops, sandals, under the influence, or with small children in backpacks – no wonder there are injuries and deaths.


But the closure also melds with a recently (temporarily?) defeated proposal to close all State Game Land to people without a hunting license – an idea still expounded by some hunters who don’t want anyone else on “their” land. Excluding other users – hikers, birders, horseback riders, mountain bikers, photographers, cross-county skiers – while the number of hunters continues to decline will further erode the general public's support for the PGC – apparently the PGC doesn't care.


Petitions and letters probably won’t prevent Glen Onoko from being closed, but there is a solution to the problem – a land exchange between the PGC and DCNR’s Bureau of State Parks whereby Glen Onoko would become part of the adjacent Lehigh Gorge State Park and an equal acreage of state park land would become part of SGL 141. Why not?
Posted by Woody Meristem at 4:31 AM

"Their land"? Hunters and other users like hikers should be partners in conservation.

Fabulous shots of the falls