Last spring a pair of bluebirds spent a few days examining a nest box on a chestnut snag in our yard – but they never did nest in the box and disappeared after a little over a week. Here's my hopeful post.

One evening in February we noticed a bluebird entering the box just before dark. 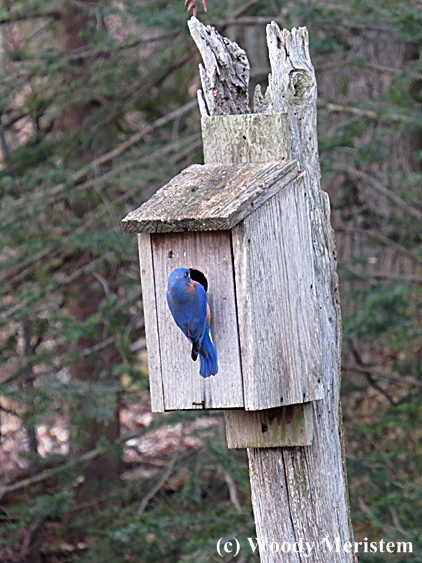 It was quickly followed by three more. The next morning as we were eating breakfast the bluebirds emerged to perch in a nearby small tree. For the next several evenings we watched as four or six bluebirds entered the box to roost for the night. Occasionally we’d see them emerge in the morning. 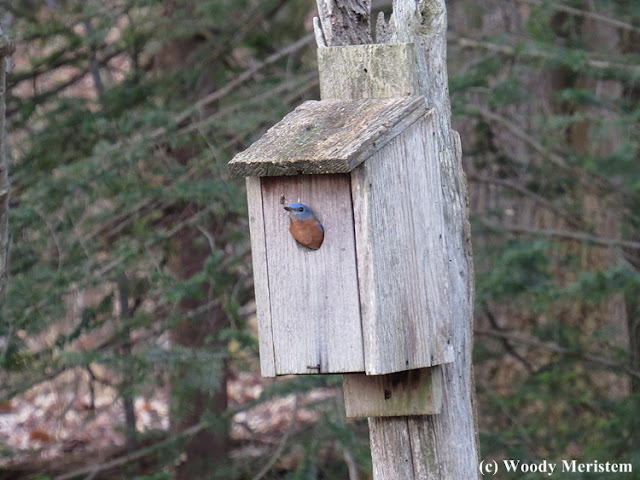 Then came a series of unusually warm days and suddenly there were only two bluebirds at the box, a male and female. 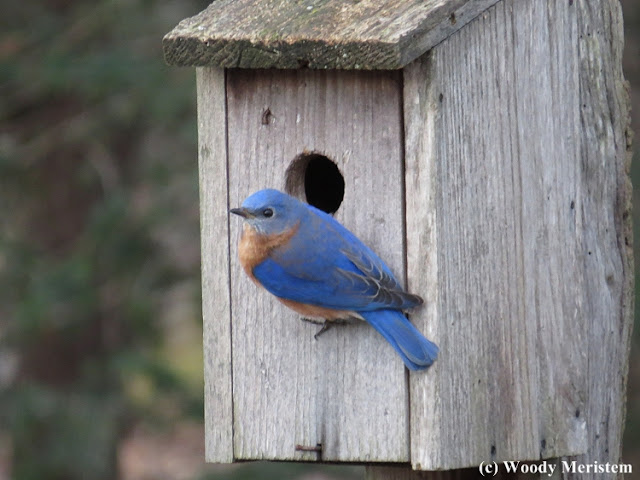 The pair has stayed ever since, feeding on the few insects that have been active on the gradually warming ground. 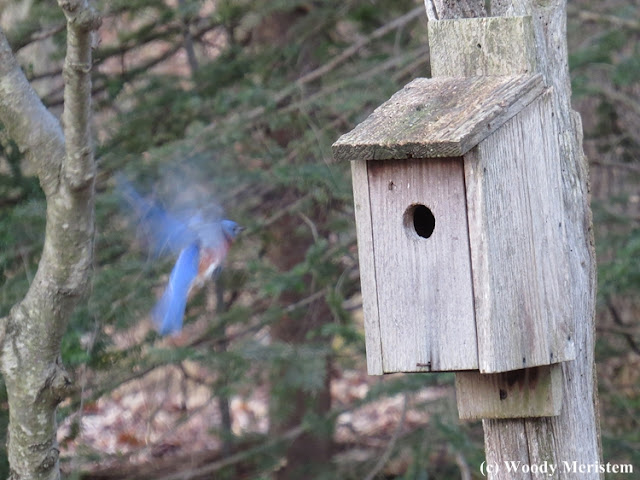 Will they stay to nest? We continue to hope.
Posted by Woody Meristem at 5:12 AM

Such beautiful colours! Thanks for the advice on my Pine Siskin and Purple Finch; been watching for them ever since. I think my ID skills are already better.

Yay! I hope the pair has a successful nesting. I love the bluebirds. Great post and photos. Thank you for linking up and sharing your post. Have a happy weekend!

Wonderful captures of a beautiful bird.