Every once in a while I’m fortunate enough to see something interesting on seven consecutive days – if I don’t it’s not because there aren’t a lot of interesting things to see every day, instead it's because I’m not out in forest or field or I’m not observant enough to see those things.
Recently, lady luck smiled and I had one of those good weeks –
Sunday – We were riding our bikes when what did we see but a large bright green caterpillar crawling along. Picked it up so it wouldn’t get squashed and put it on a nearby shrub. The caterpillar was apparently a mature tobacco hornworm caterpillar searching for a spot to pupate.  Tobacco hornworms and the closely related tomato hornworm are named for the appendage on their last segment. Both caterpillars feed on tomato, tobacco, nightshade and other closely related plants. The moths which emerge from the pupae are sphinx moths that hover hummingbird-like to feed on nectar of flowers. 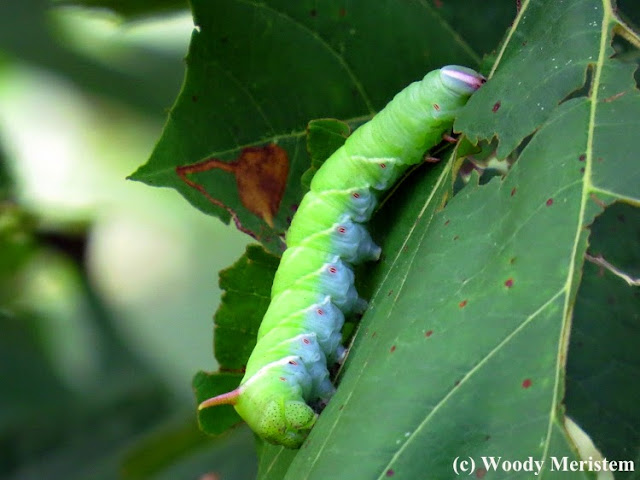 Monday – Walked along the river and found that the peregrine falcon is back! Today it was perched in a dead ash tree that was killed by the exotic emerald ash borer. For the last several years a pair of peregrines has spent many winter days watching from these trees ready to make a meal of the pigeons that frequent the nearby bridge. 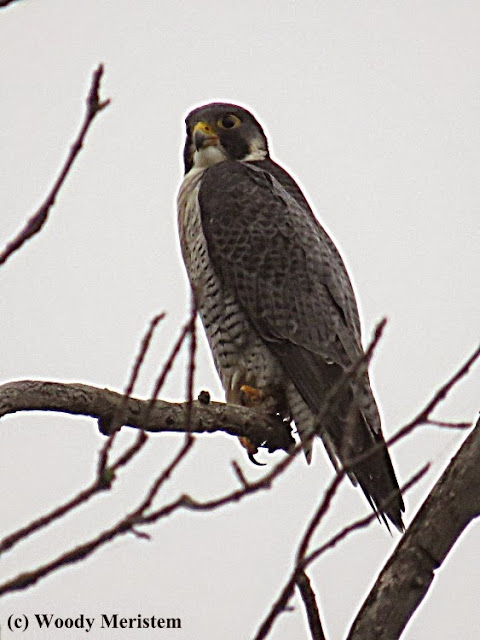 Tuesday – Indian-pipe is a common woodland plant in eastern woodlands – a white plant with diminutive leaves and no chlorophyll; it’s a parasite on the fungi that inhabit the roots of oak trees and are thus an indirect parasite on the trees themselves. Today in the Big Woods I glanced down and there at my feet was a red stemmed indian-pipe. Looking around, it was quickly apparent that an entire colony of this rarely encountered color variation grew in this small patch of woodland. Several of the plants even bore flowers; much later in the season than indian-pipe typically flowers. 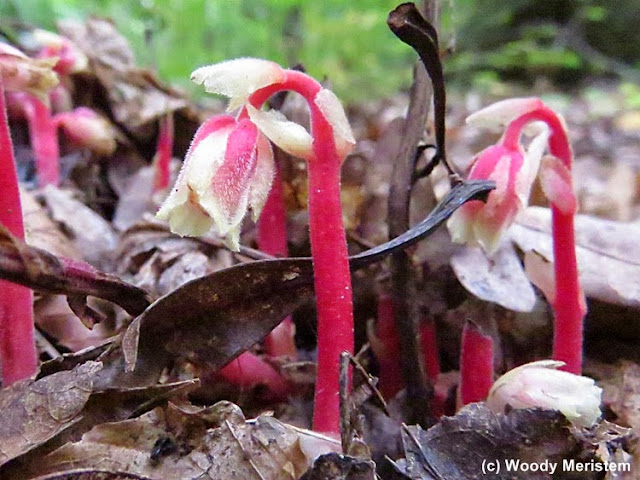 Wednesday – In the 1990s, as part of the effort to reintroduce peregrine falcons to Pennsylvania, peregrine chicks were released atop a tall hotel in Williamsport. Ever since, one or more peregrines has spent winter nights on a high ledge on the building. This morning one of the birds was back on their old haunts on the same southeast-facing ledge. The calendar may say it’s not yet winter, but the falcons are ready.
Thursday – For 40 years I’ve visited Pennsylvania’s elk range to photograph the animals. Being a beautiful day, this was the day for the trip. Got a late start from home and so didn’t see many elk in the morning. Late in the day was a very different story – that’s for next week’s post. 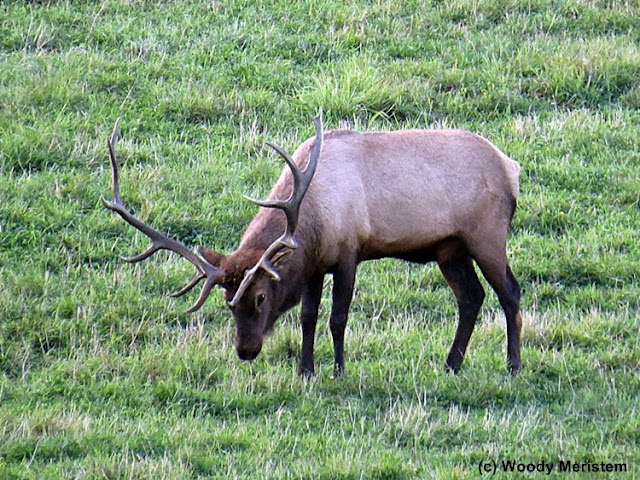 Friday – Found a number of nodding ladies-tresses, a small native orchid that grows in abandoned fields or disturbed sites. It’s one of several species of ladies-tresses that grow in similar habitats and in this area the most common one. The flower spikes are seldom more than a foot tall, bearing gleaming white flowers amidst all the greenery. Unlike most native orchids, they’re rather common and small enough that most people don’t notice them – but they’re absolutely beautiful up close. 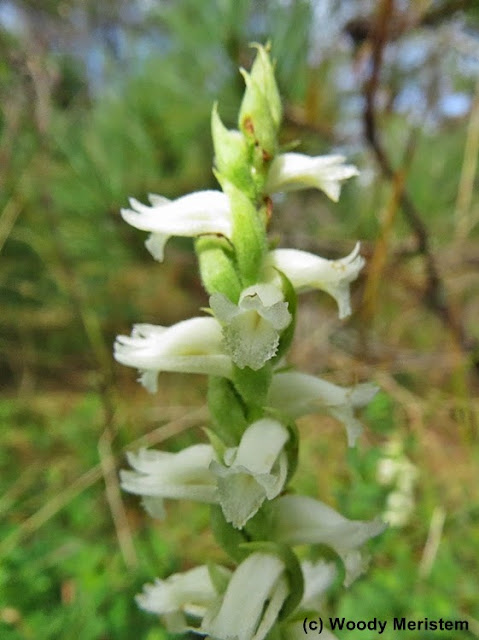 Saturday – The white oaks in the Big Woods are loaded with acorns this year and now those have begun to drop. White oak acorns are the least acidic of any of the acorns in northcentral Pennsylvania and so are the favorites of all the acorn-eating mammals. Today I was walking on an old road that ran through a grove of large white oak; there on the ground, with its back to the road, was a porcupine busily feeding on the acorns. Staying behind the trunk of one of the large oaks I was able to get within 15 feet of the porcupine. When it finally turned around seeking another acorn, it saw me peering around the tree and, without hesitating, hustled off. A hustling porcupine is a humorous thing to see – especially as it passed up a number of easily climbed trees and went on across the ground for several hundred feet. 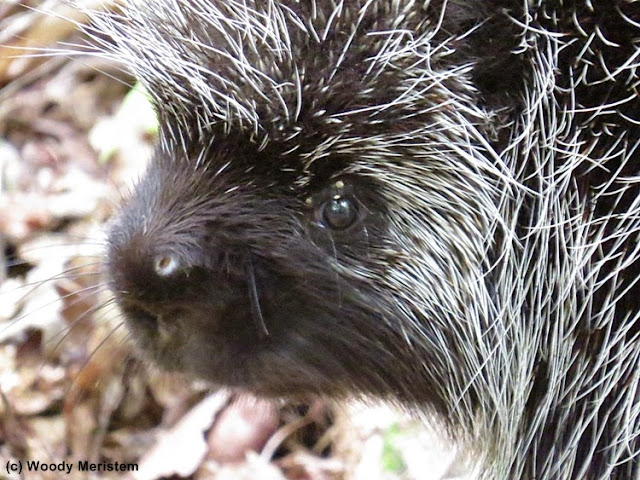 Posted by Woody Meristem at 7:39 AM