They were a few feet off the old woods road, gleaming brilliant white on the forest floor despite it being a gray, dreary, drizzly day. “They” were a scattering of mushrooms of the genus Amanita; one of several species of white Amanita that are difficult to differentiate, which even some field guides apparently confuse, all going by the common name “destroying angel”. 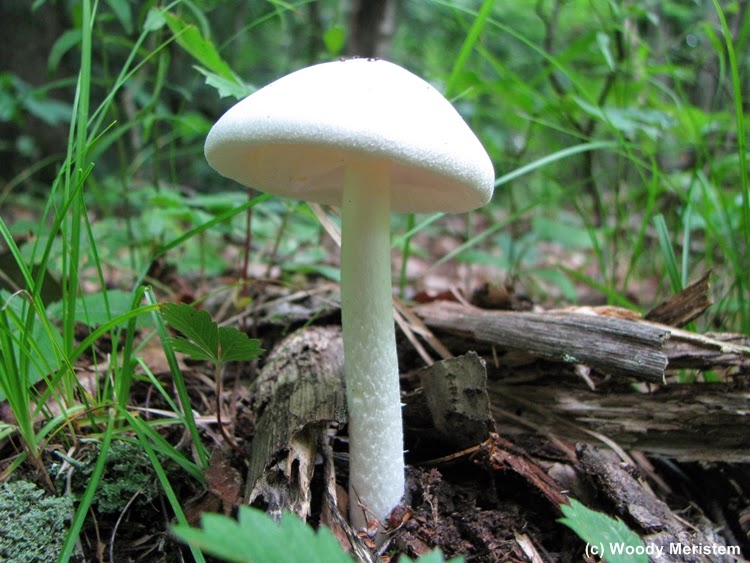 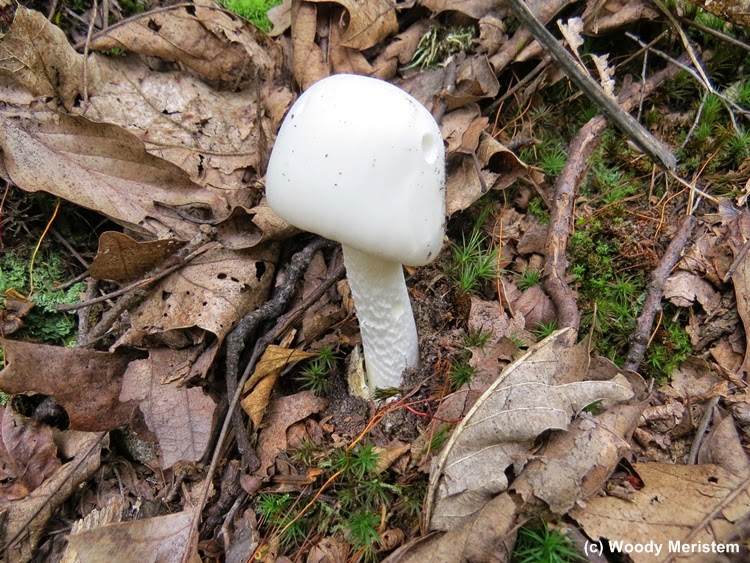 Over 45 years ago I listened to an account of a family that had eaten a mushroom stew later estimated to contain just one of these highly toxic mushrooms – five members of the family died. More recently, not far north of here, an elderly gentleman, who had gathered and eaten wild mushrooms throughout his life, died a prolonged and painful death after having eaten a destroying angel by mistake. 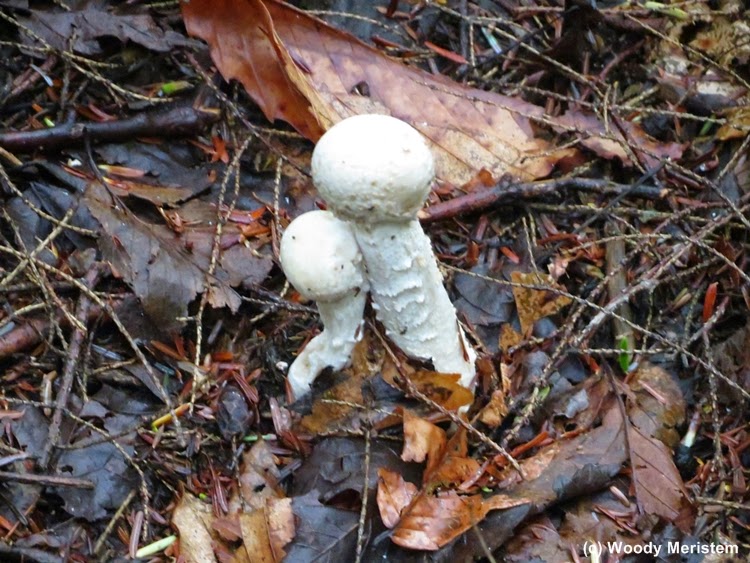 All of the literature on mushroom poisoning describes the process in similar terms: There are no symptoms for several hours (4-24) after which vomiting, diarrhea and severe abdominal pain set in; some people also become delirious and may have convulsions. These symptoms can last for several days, but then subside and the person seems to improve. However, left untreated the mushroom’s toxins proceed to cause severe damage to the person’s liver and kidneys which usually results in death in one to two weeks. 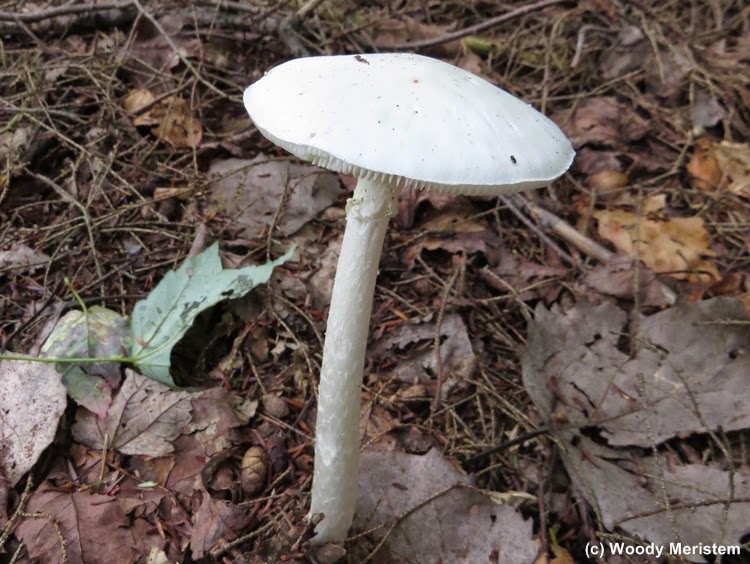 But, there's an angelic side to these fungi also. The destroying angel, like all Amanita species, is important to the forest ecosystem because they are mycorrhizal fungi that grow in and around the fine roots of trees. In this relationship the tree provides the fungus with carbohydrates and the fungus provides the tree with water and minerals. Without mycorrhizal fungi trees grow more slowly and are not as productive and some plants, such as many of our native orchids, cannot survive. It has been estimated that 80 percent of all species of plants are dependent on mycorrhizal fungi to varying degrees.
So, some may ask, do I gather and eat wild mushrooms – NOPE. There are too many species that are toxic, many species are difficult to identify with any accuracy, and – as the old fellow found out – even experienced people can make a fatal mistake. 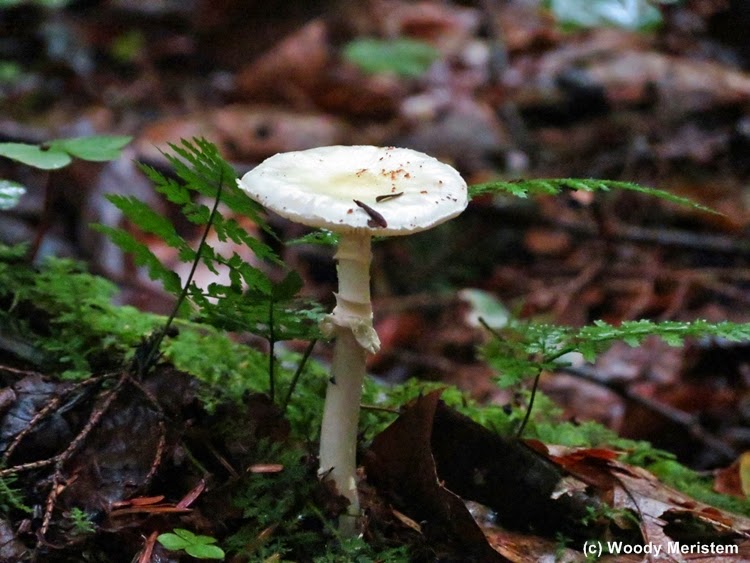 Posted by Woody Meristem at 4:10 AM

I unknowingly picked a destroying angel mushroom and carried it around in my bare hand for about ten minutes before I realized what it was. Should I be concerned?