In 2013 the camera traps at the edge of the woods behind the house caught several different house cats – some only once, others quite regularly. We don’t have a cat, nor do any of our immediate neighbors and none of the cats wore a collar; so where did these cats come from? 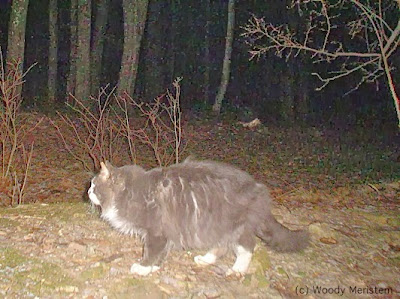 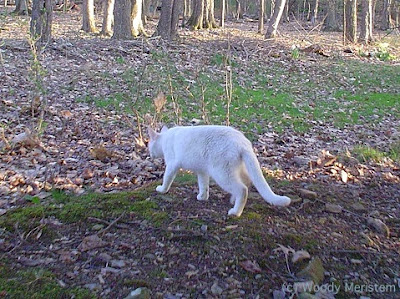 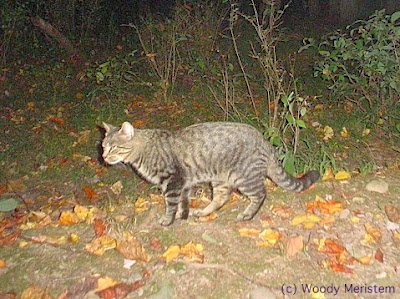 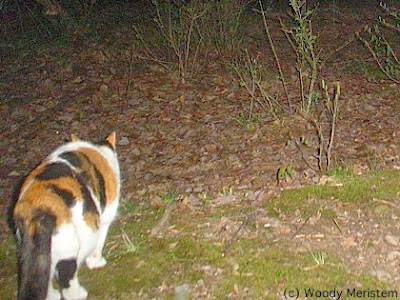 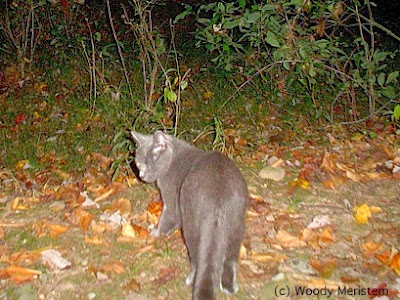 The University of Illinois, in 2011, reported on a two-year study of free roaming house cats that yielded surprising results. Radio collars were placed on 42 adult cats, both feral (un-owned) and pet cats that were allowed out to roam. One of the feral cats had a home range of over 1,350 acres. The pet cats were relative homebodies with an average home range of about five acres.
Now I’m a fan of predators – coyotes, bobcats, foxes, weasels, shrews, hawks and owls are much more interesting to me than their prey. But, I’m no fan of free roaming house cats! Most of those cats are, to some degree, fed by people, either their owners or kind-hearted souls who put out food for the feral cats in their neighborhoods. Those well fed cats continue to kill, not to eat but to fulfill their predatory instinct.

According to ScienceNews (February 2013), a team of biologists associated with the Smithsonian Conservation Biology Institute estimates that cats kill between 1.3 billion and 4 billion birds and between 6.3 billion and 22.3 billion small mammals each year in the United States. That’s billion – with a “B”. The bird kill is estimated to be about 15% of all the birds in the U.S.

Birds and small mammals have high mortality rates for a wide variety of reasons, from predation to disease to vehicles and pesticides. But the additional mortality due to house cats almost certainly pushes some species of wildlife over the brink in certain landscapes.

Unfortunately, many cat lovers don’t realize or won’t acknowledge the havoc that house cats cause to populations of native wildlife – or maybe they just don’t care.

Posted by Woody Meristem at 2:50 PM

We have begun trapping and neutering feral cats in our neighborhood. I feel bad releasing them to continue their predatory behavior, but none are tame enough to make good pets and I don't have the heart to kill them. At least the population should eventually decline. Feral cats tend to die young. We keep all of our pet cats indoors, where their predatory behavior has rid our old house of many mice.