At dusk last Saturday eight white-tailed deer went up through the yard. They were all does or last year’s fawns except for the last animal which was an 8-point buck. The buck had an obviously injured left front leg which flopped as he walked and on which he couldn’t put any weight. We were on the wrong side to see what the problem was, although the leg certainly appeared to be broken.
The commercial trail camera missed getting a video of the buck, although one of the other camera traps behind the house did get a photograph of the buck as he went past. The next morning when I downloaded the picture from that homebrewed camera; it showed an injury near the buck’s left shoulder. 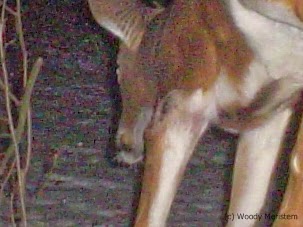 This buck’s antlers are rather distinctive and I realized the same camera trap had gotten a photograph of him last November 19
We had never seen him and the camera traps hadn’t gotten a photo of him before that November photo. Between November 19 and January 25 we’d not seen him nor had any of the camera traps behind the house gotten a photo of him.
Several questions come to mind:
·      How was he injured? Probably wounded during hunting season.
·      Where has he been for two months?
·      And most of all, will he survive?
With an injury like that he’s prime prey for the eastern coyotes that roam the hills – or for the free ranging dogs that also kill deer (for which coyotes are all too often blamed). Or he may succumb to an infection.
He was back again last night and left the track of the foot he was dragging. 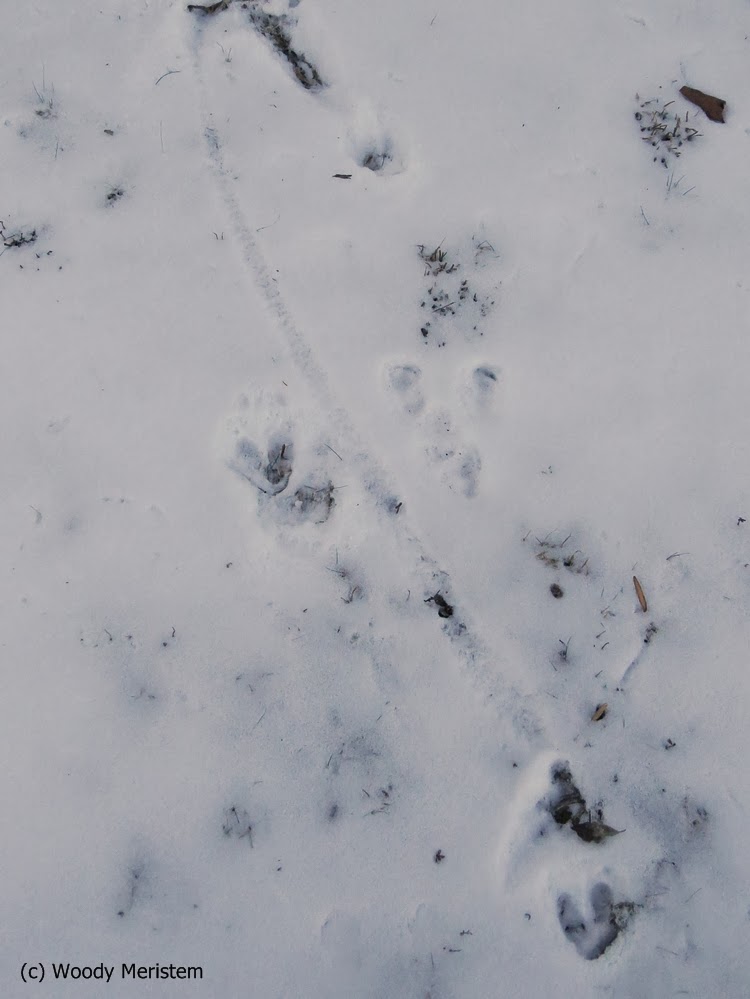 Only time will tell if this buck will survive and there’s a good chance we’ll never know. He disappeared for two months, and may do so again for an even longer time. Perhaps the scavengers may have a late winter meal and scatter his bones, or perhaps one day I’ll find his remains.

But deer are tough critters and can survive horrendous injuries. Many years ago I photographed a doe with an arrow through her head – she survived, but was later shot and killed. 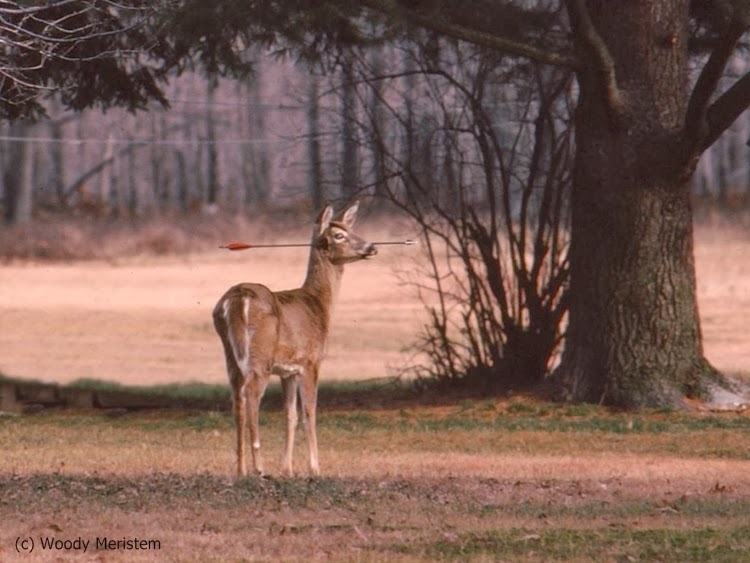 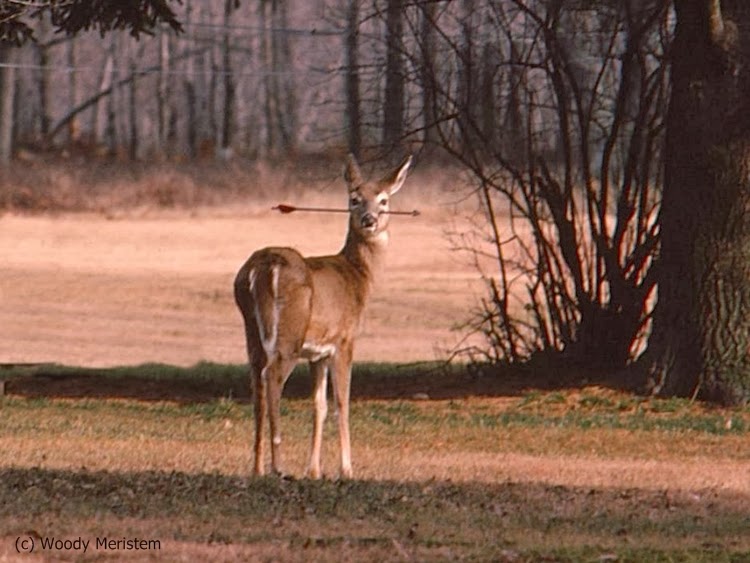 So, will the broken-legged buck survive? Maybe he’ll have his photo taken again, or we’ll see him walking through the yard. Maybe we’ll never know.

Posted by Woody Meristem at 5:53 PM