I was photographing thistle flowers in an old field, in this case primarily the species known as pasture thistle – 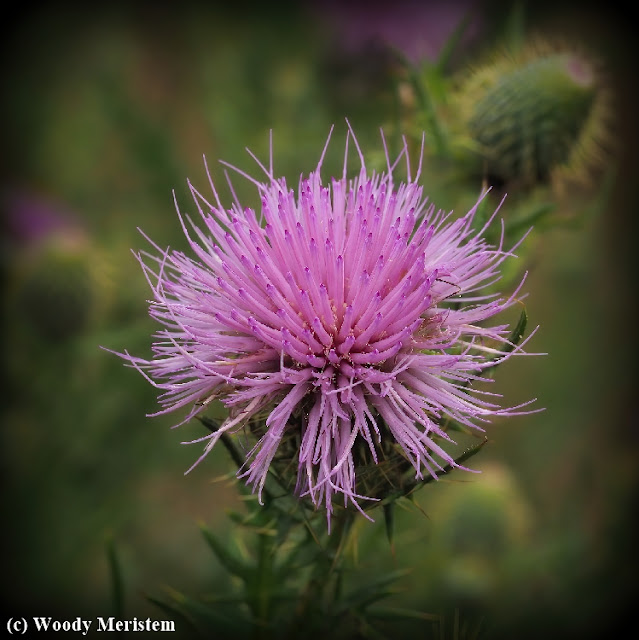 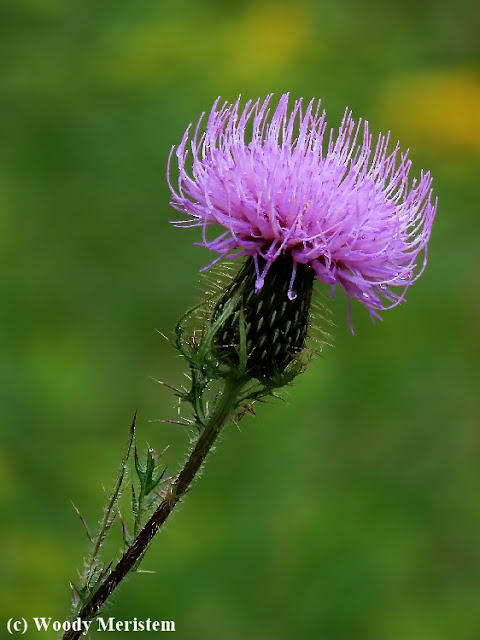 In looking for the cleanest, freshest flower I came across small insects in many of the flowers and photographed those as well. My Manual of Common Beetles of Eastern North America (an 884-page tome describing and illustrating 1,200 species) was of no help. A bit of sleuthing revealed that they were thistle head weevils (Rhinocyllus conicus) – 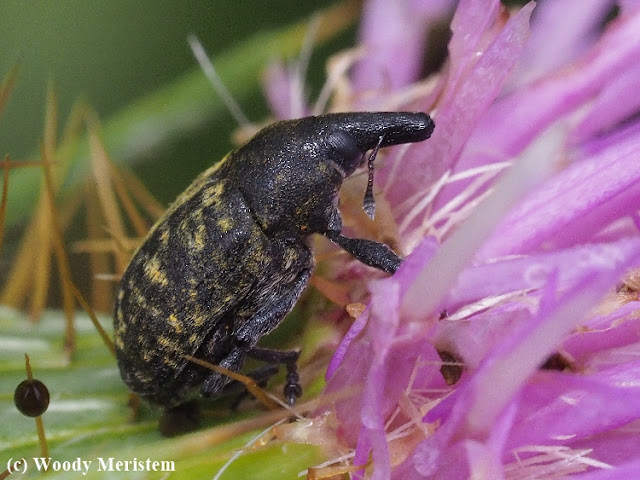 These weevils, native to central/southern Europe and north Africa, were introduced in both Canada and the U. S. beginning in 1969 to control the non-native Russian thistle and several other exotic thistles that were deemed pest species.

Unfortunately, research on the weevil’s biology and its impact on other species wasn’t done until it was already here. And so it doesn’t just feed on the invasive thistles, it also feeds on native thistles as well. 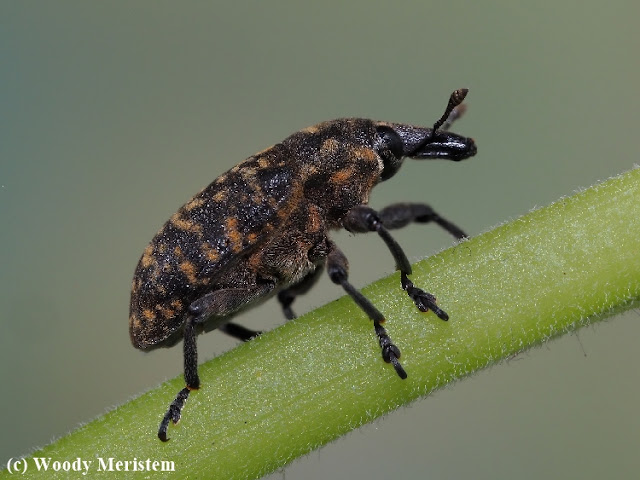 This species overwinters in the adult form, becoming active in late spring/early summer and then mates. The female beetles lay their eggs, a few at a time for a total of about 200, in clusters on thistle flower buds. The larvae feed in the flower on flower parts and developing seeds; they pupate within the flower and emerge as adults in late summer – that’s when I found them. 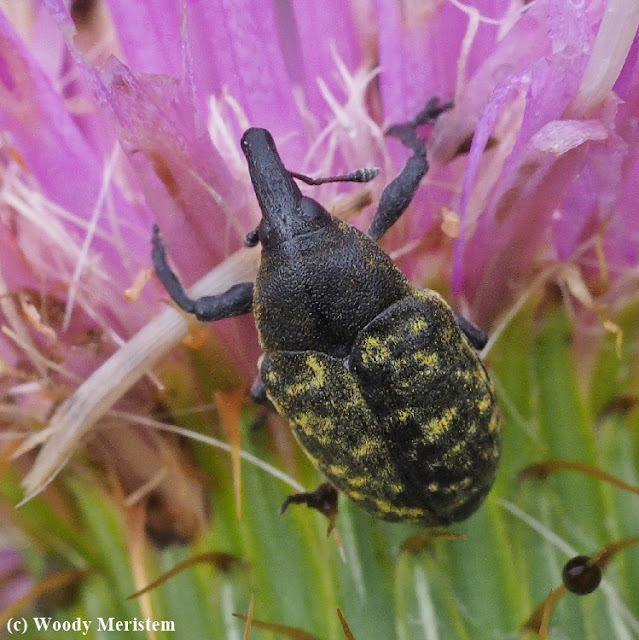 Hordes of species depend on native thistles (butterflies and bees, goldfinch and white-footed mice), but populations of native thistle species are also being reduced by the thistle head weevil. As with the flies introduced to control gypsy moth, crown-vetch used for erosion control, Bradford pear grown for it’s pretty blossoms, Japanese knotweed another ornamental, the list goes on and on and proves Benjamin Franklin right – “Life’s tragedy is that we get old too soon and wise too late.”

Posted by Woody Meristem at 5:50 AM

And then there's Kudzu!

Oh that road to h*ll, paved with so many good intentions it must be a mile thick. I have a hate affair with crown-vetch and Japanese knotweed in my garden, and Bradford Pear keeps appearing in my prairie area. The government is still at it, introducing species not native to take care of problems, only to create new problems. No one ever learns the lesson. Fantastic photos.