Der Waschbär is the German term for an invasive exotic reportedly brought to Germany in the 1920s and 30s to be raised in captivity for their fur. Subsequently some were released into the wild as quarry for hunters and during World War II allied bombs hit one of the fur farms allowing more animals to escape into the wild.

Now, almost 100 years after the first introductions, there are an estimated one million of the animals in Germany. There are fears that this invasive exotic will spread to occupy all suitable habitat in Europe – preying on the eggs and young of native birds and mammals, eating native reptiles and amphibians as well as crops and fruit.

Der Waschbär translates into English as “The Washing Bear” which should be a clue to its identity.

The situation is much the same in Japan where this invasive exotic is known as araiguma. There are accounts of 2,000 araiguma being imported to Japan each year in the late 1970s and 80s, as pets – although there are other reports of a number being brought to Japan as pets by G.I.s after World War II. As pets they’re cute when young but aggressive and nasty as adults – many were released when they were no longer cute. Thus most of Japan is now occupied by araiguma.

And the identity of this invasive exotic: the North American raccoon – 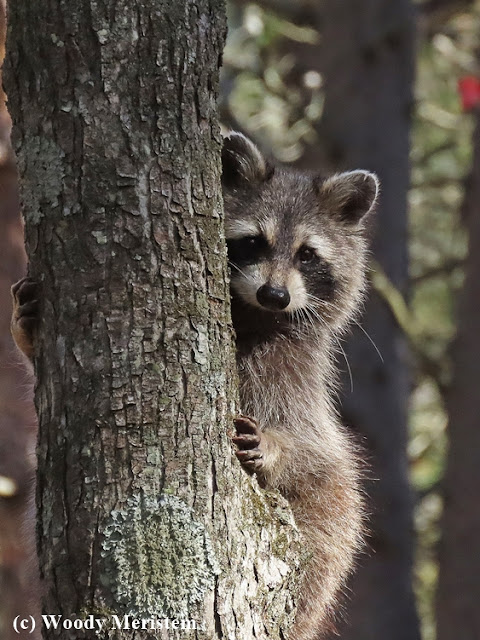 And why is it called the washing bear? Not because it actually washes its food, but because it looks as if it’s washing as it searches for food in water bodies where it finds frogs, crawfish and an occasional fish, alive or dead. 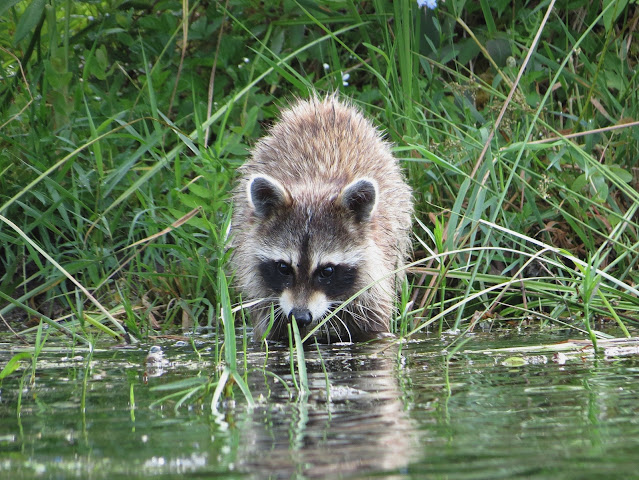 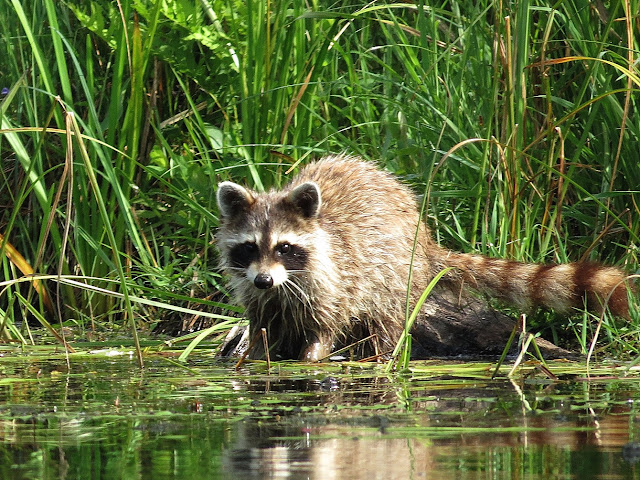 Raccoons aren’t gourmets, they’ll feast on anything remotely edible; like humans they’re omnivorous. Here are raccoons living up to their name of der Waschbär –

North America is suffering from the introduction of species from afar; but it’s a two-way street, other parts of the world are also suffering from species native to North America – Canada geese, gray squirrels, bullfrogs, American mink, fall webworm and many more – as humans gradually homogenize the world’s flora and fauna.

That's a good alternative perspectivefor us to remember.

Wow, this just blows my mind. I learned something because of you and I thank you for it.

Interesting post. The raccoon is not one of my favorite critters. They have destroyed and even tried stealing my bird feeders. They look cute when they are not in my yard.
Thank you for linking up and sharing your post. Take care, have a happy weekend!

Nice shots of this beautiful animal!

That's interesting. We've seen a few when we hike and see their tiny tracks in the sand. You got good photos! Enjoy your weekend.

We have a lot of raccoons around here Woody. They don't bother me at all, I think they are lovely critters and I'm always so happy to see them! Beautiful photos!