Two photographers, of which I was one, dressed in full camouflage, were sitting on the edge of a small pond anticipating a chance to take photographs of whatever interesting creatures might present themselves. We were about 175 feet apart and so had different views of the pond.


A red-tailed hawk circled overhead, the first photo of the morning – 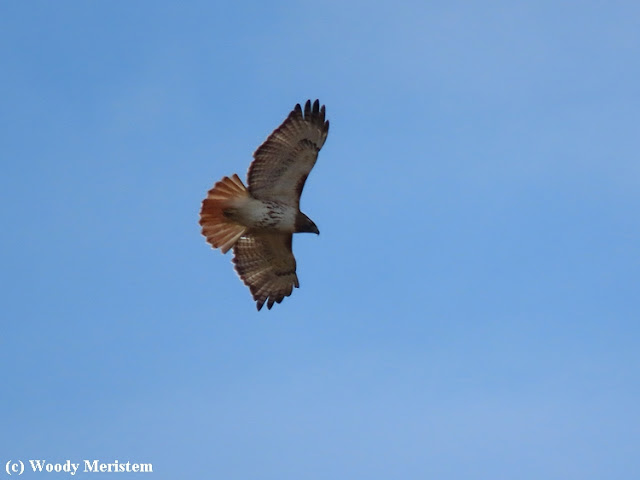 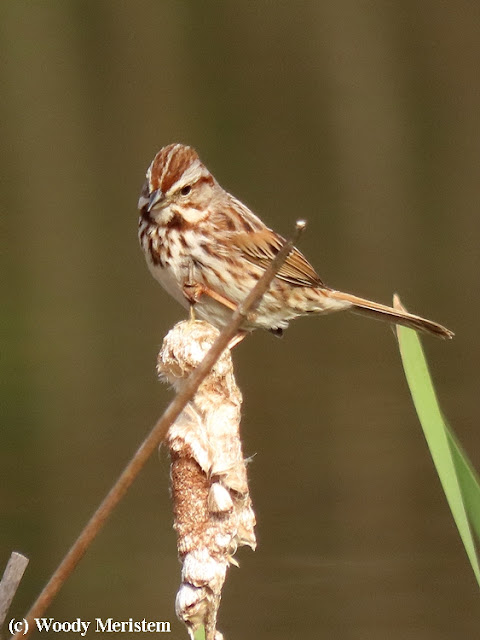 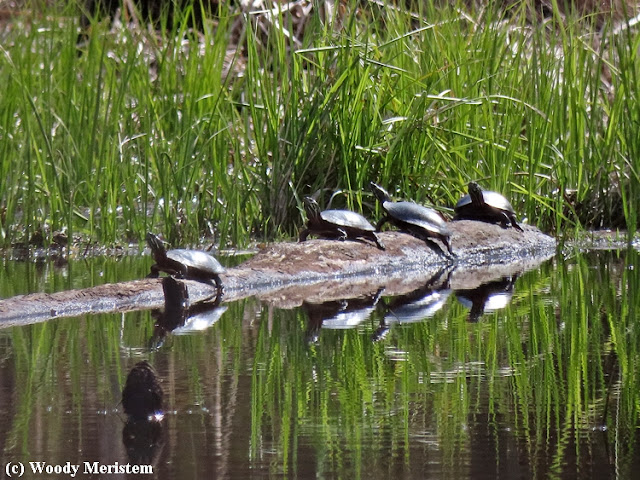 Unfortunately, the other photographer never saw any of those, but I never saw the belted kingfisher that landed in a dead tree nearer to his location.


High thin clouds moved in, foretelling of rain the next day. About then the calls of an osprey came from another pond just behind us where an unseen osprey had landed in a dead tree. We both turned our small folding seats around in order to photograph the new arrival – an osprey that was carrying a large black bass – 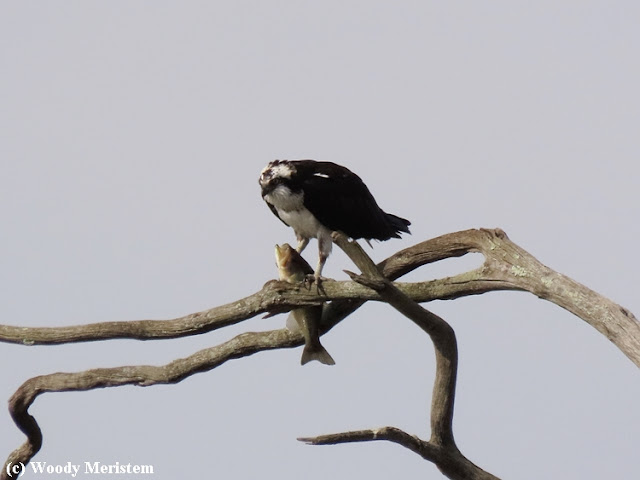 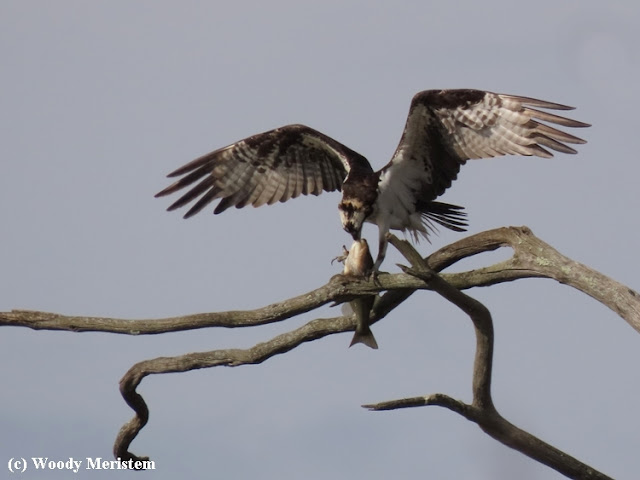 Once it was settled, it warily looked around – 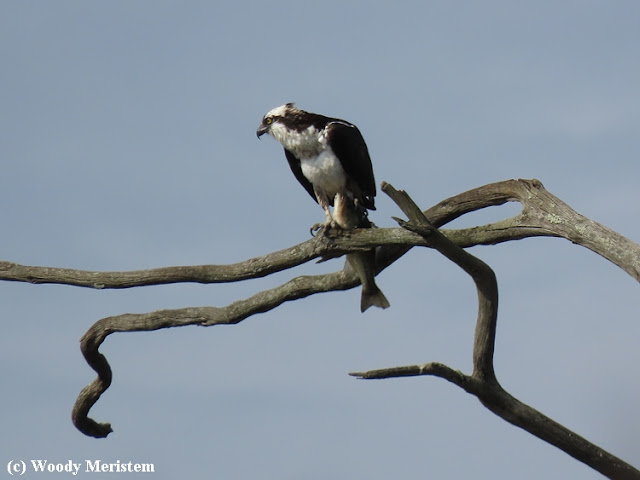 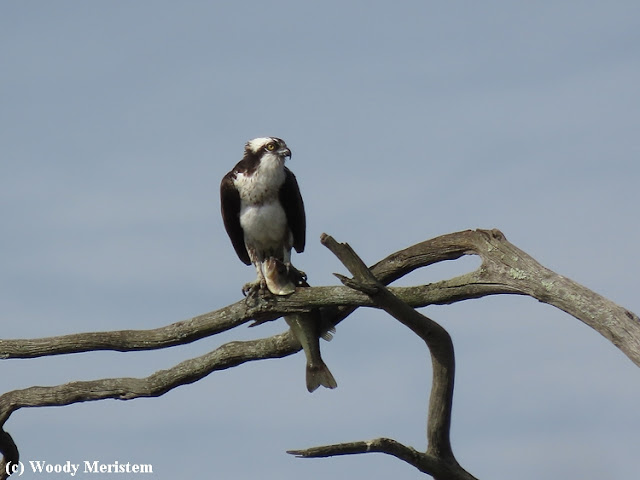 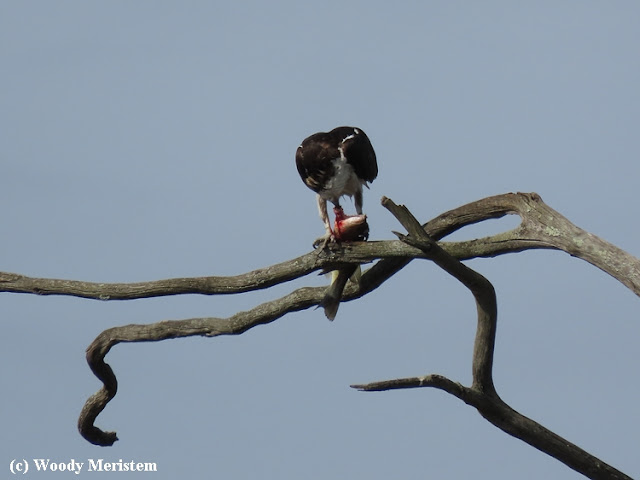 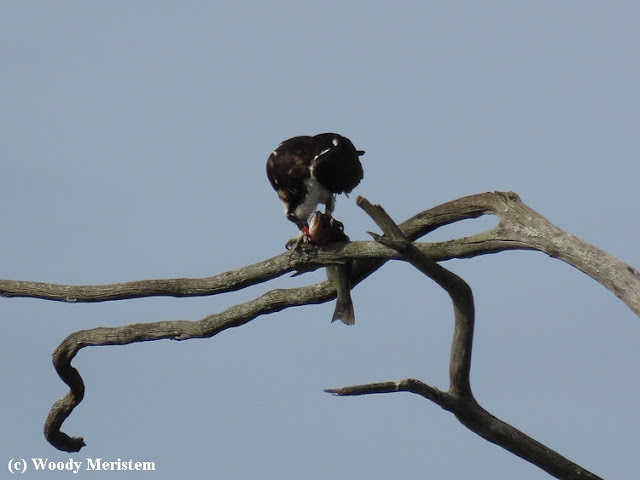 It wasn’t long before a great blue heron landed in the same tree, but the birds were too far apart to get them in the same photo – 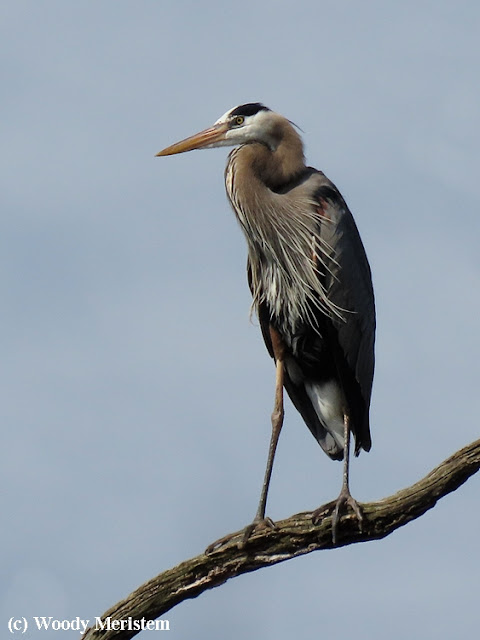 After a while the heron became alert, the osprey followed suit and began calling – 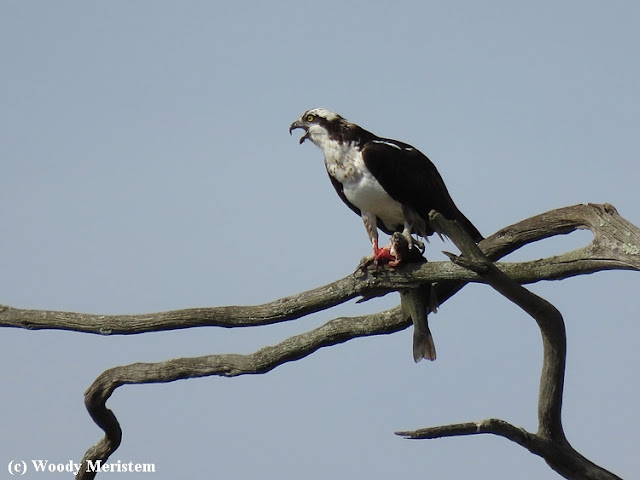 The heron took flight and was soon followed by the osprey – 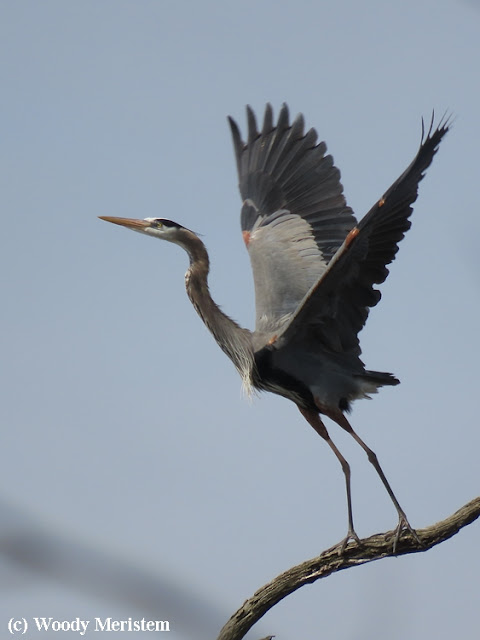 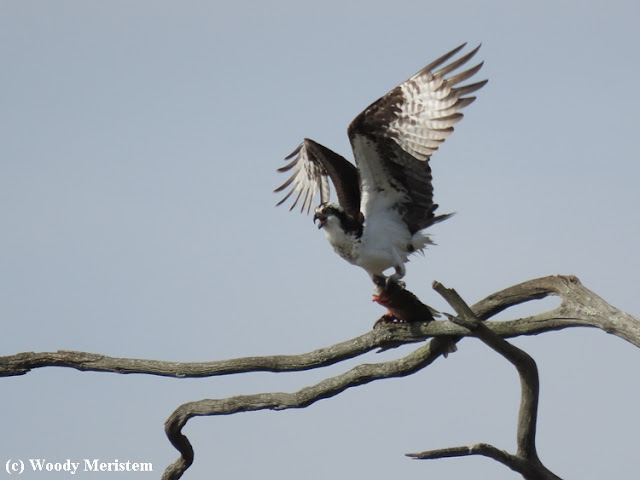 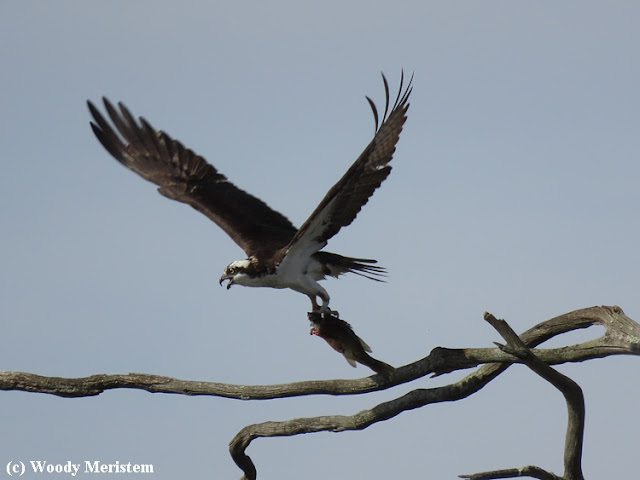 We never saw what disturbed the birds. The heron flew out of sight, but the osprey landed in another tree in the same pond and resumed feeding – 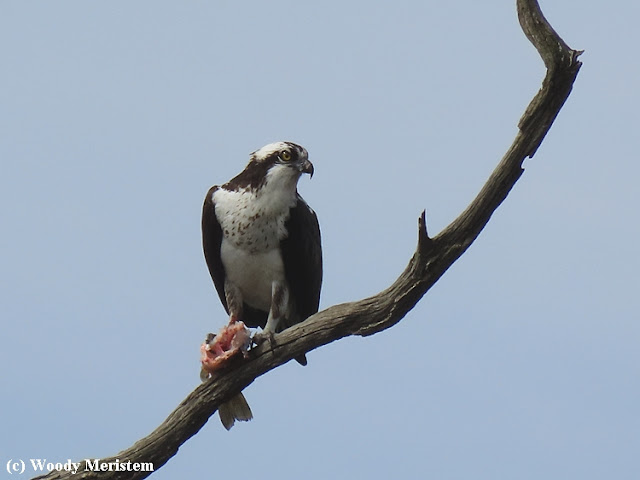 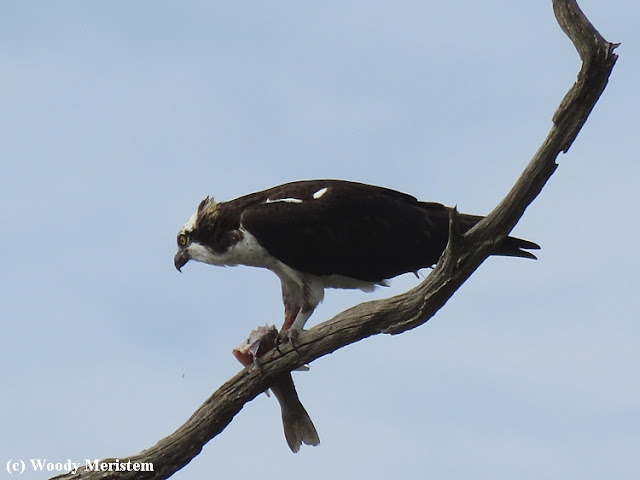 While the osprey fed, the first broad-winged hawk I'd seen this year soared above, so high in the sky that it was extremely difficult to see. Thank goodness for long zoom lenses – 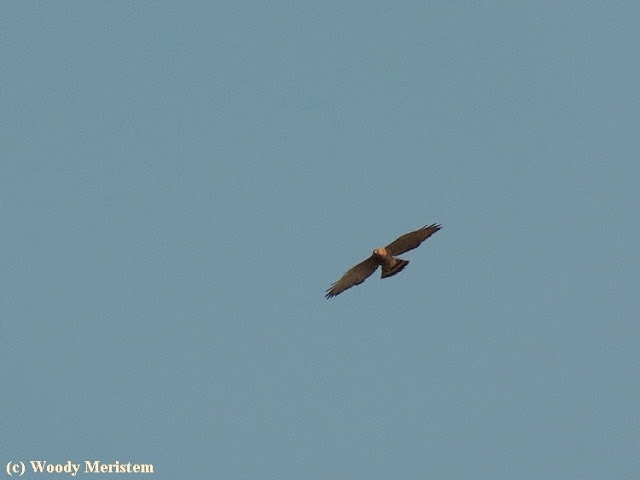 The hawk was on its way north, almost certainly the osprey will soon follow since ospreys don’t nest in this part of Pennsylvania.

Posted by Woody Meristem at 4:53 PM

Quite a little story! Dramatic.

Nice narrative with birds galore! I imagine how happy that Osprey was to have such delectable eats.

Wonderful sightings! Great pictures of the Osprey with its fish.

You had such amazing sightings this week! We see Osprey here and I always wonder where they are going...to a pond or the ocean? They are magnificent birds!

Wonderful collection of photos. My favorites are the Osprey and Heron!
Thank you for linking up and sharing your post. Enjoy your day, wishing you a happy weekend.