BoPET – what on earth is BoPET ???? It's biaxially-oriented polyethylene terephthalate. Clears that up doesn't it? BoPET is a polyester film most commonly sold as Mylar, Hostaphan or Melinex and I hate the stuff.

Another walk in the Big Woods and once again there was a splash of color on the ground ahead of me. Yup, it was another one – a BoPET balloon that was either released or escaped to sail off into the sky. It sailed on until enough of its helium escaped that it lost altitude and eventually came to rest in the woodland in which I walked – 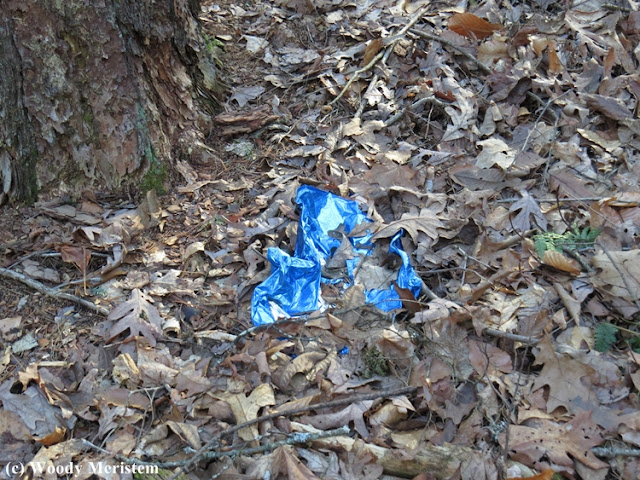 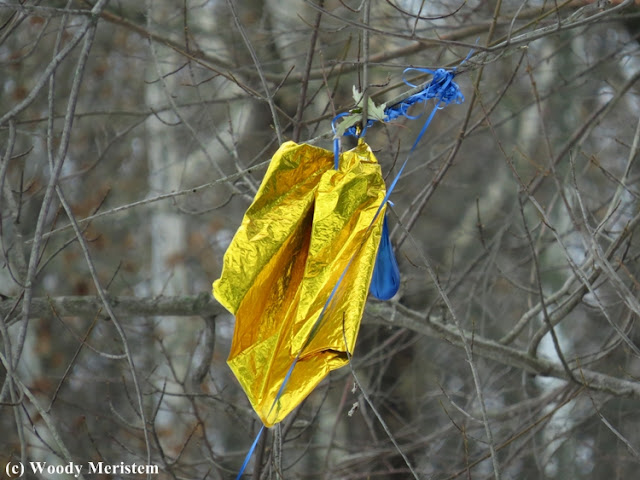 Early last year I decided to photograph every one of the pieces of BoPET litter I found. Here are some of them: Remnants of 4th of July celebrations that now  deface the land – 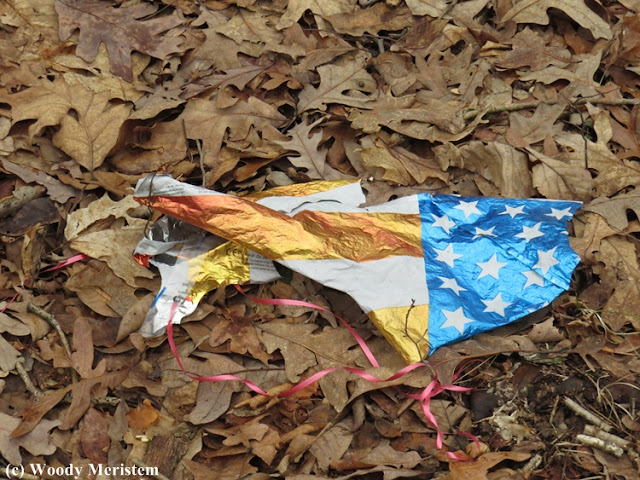 And of birthday parties; hope they had fun because their balloons are nothing but litter – 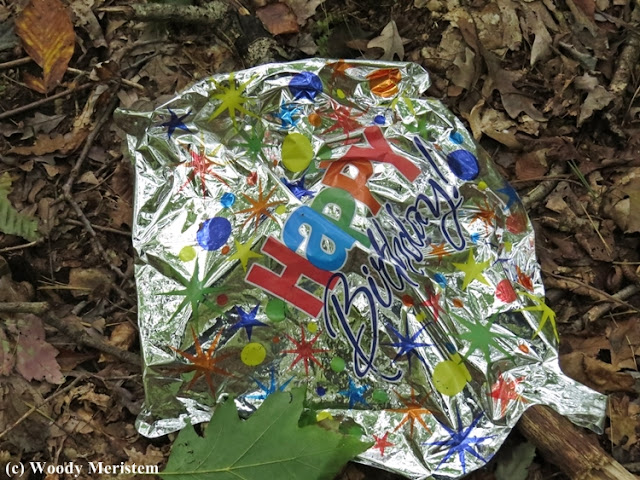 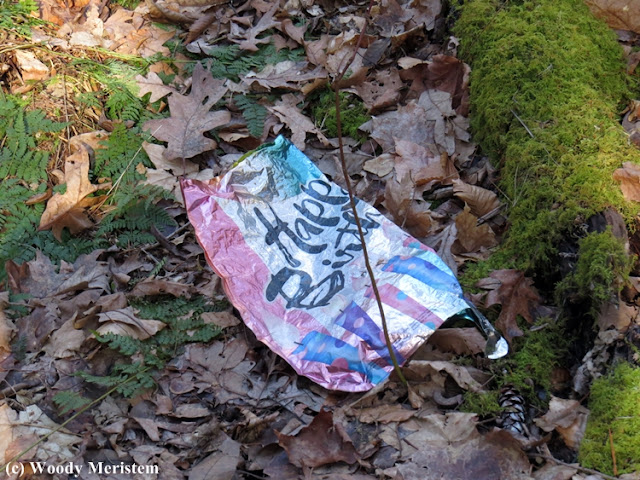 Others had indecipherable words – 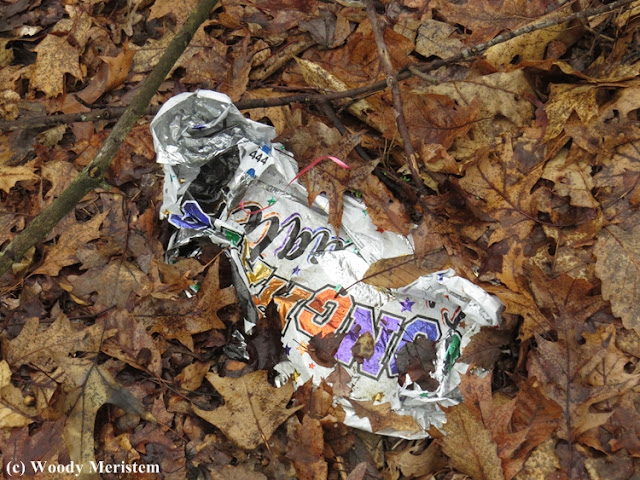 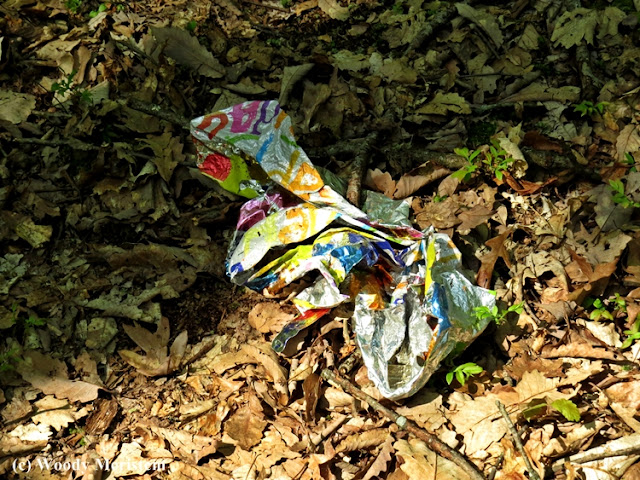 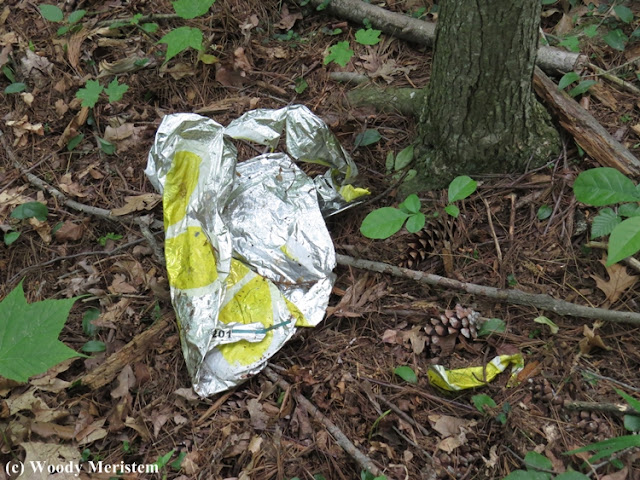 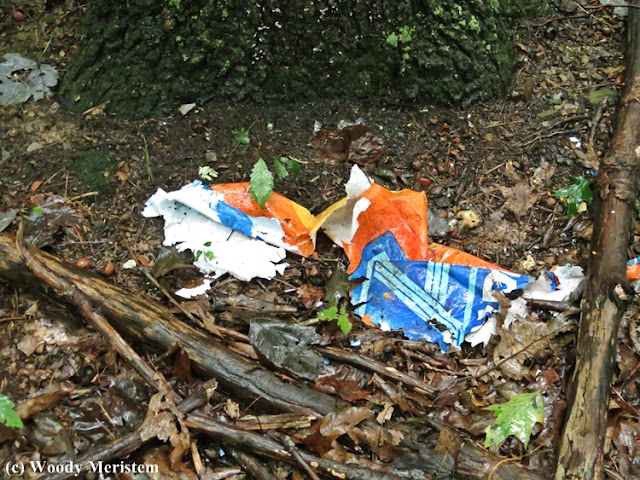 Some had no words at all – 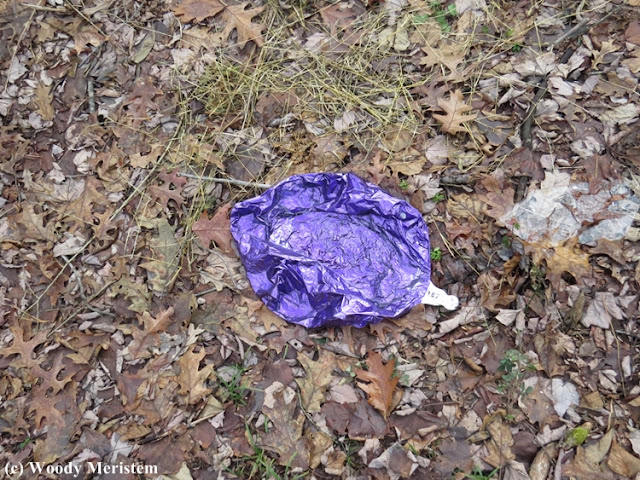 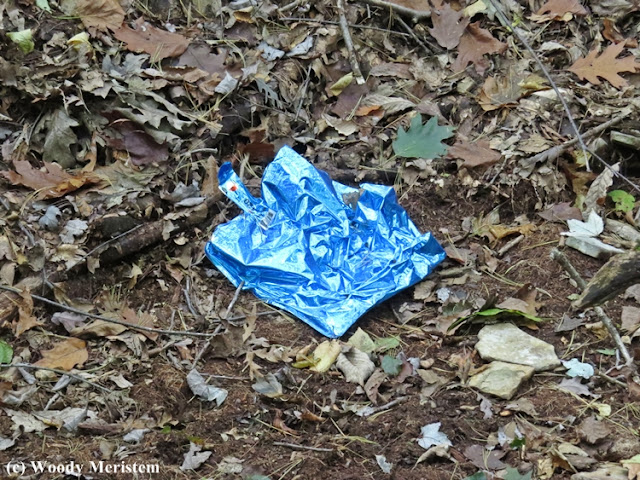 BoPET was developed for use in the space program as a lightweight material that could be metalicized so it was reflective. It quickly became a material of choice for making balloons. Because they’re so lightweight and retain their helium for many days, loose balloons may sail on the wind for hundreds of miles.

The overwhelming problem is that for all practical purposes BoPET lasts forever. Over time the balloons tear into smaller and smaller pieces but the material does not disappear.


BoPET balloons are capable of conducting electricity and free-roaming balloons have caused thousands of power outages after becoming entangled in power lines. Wildlife, especially marine animals and birds, mistake pieces of balloons for something edible and often die after the balloon blocks their digestive tract. Other animals and birds become entangled in the balloons’ trailing strings.


At least seven states have restricted the release of balloons – hopefully more will follow their example. Meanwhile everyone can avoid purchasing BoPET balloons – if you do that the rest of us will say – 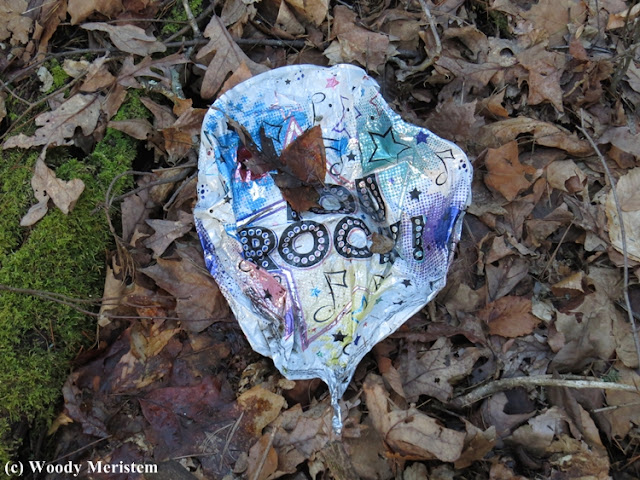 Posted by Woody Meristem at 4:46 PM

Glad to know the official name of these pretty pests...I just think of them as mylar. So sorry that the beginning of this joyful sharing ends so sadly.

What a tragedy. And we seem to have no appetite to stop using this stuff. We will bury ourselves it in, and we are doing a good job at filling the oceans already.