Falls in the Gorge

Northcentral Pennsylvania’s Pine Creek gorge was created when the stream, originally draining to the northeast, was dammed about 20,000 years ago by the most recent glacier, thus forming a lake which overtopped the high ground to the south and eroded a new channel draining the lake. Thus Pine Creek now flows south for over 50 miles through a gorge whose depth varies from 800 feet in the north to 1,400 feet further south. 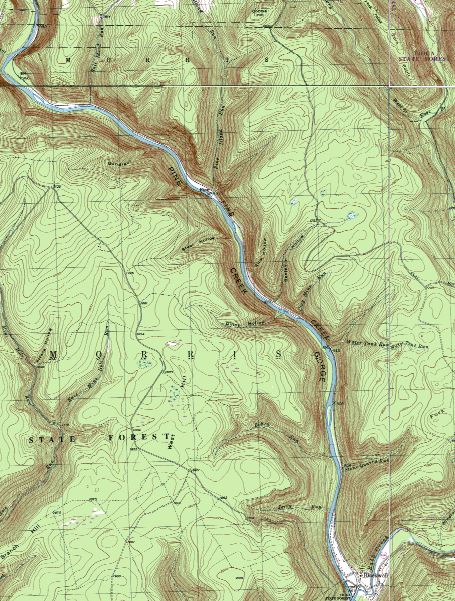 In the 1880s a railroad was constructed through the gorge and heavy logging removed almost all of the old growth forests in the watershed. The forests have regrown albeit largely with different species; the railroad was abandoned in 1988 and the tracks removed. Most of the gorge and the surrounding uplands are now in the Tioga and Tiadaghton state forests.

Now a rail-trail occupies the old railroad grade and provides easy access to the streams flowing down the gorge’s steep sides from the surrounding Allegheny Plateau. Many of those streams flow over waterfalls of varying height and the heavy rainfall of the last few months has meant that the waterfalls are at their best.

A sampling of the waterfalls in one section of the Pine Creek Gorge Natural Area, first the waterfall on Stone Quarry Run – 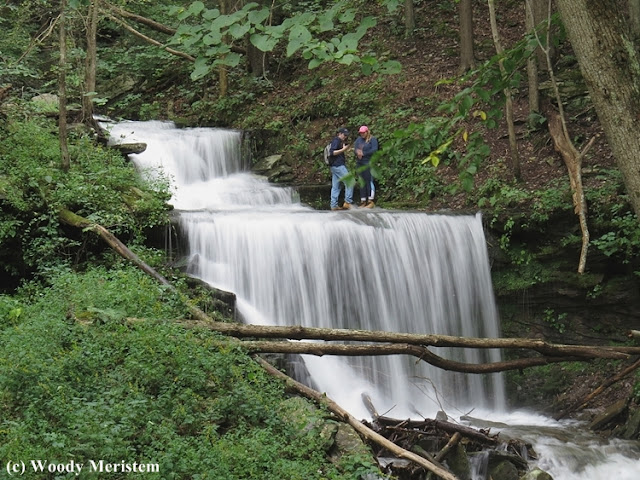 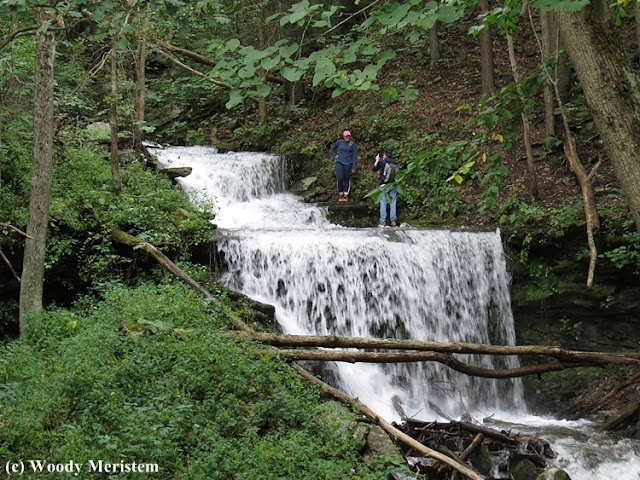 A little further north in the gorge is Water Tank Hollow – 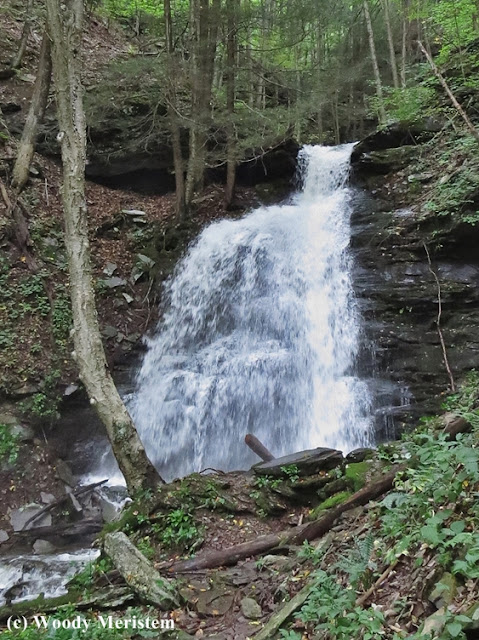 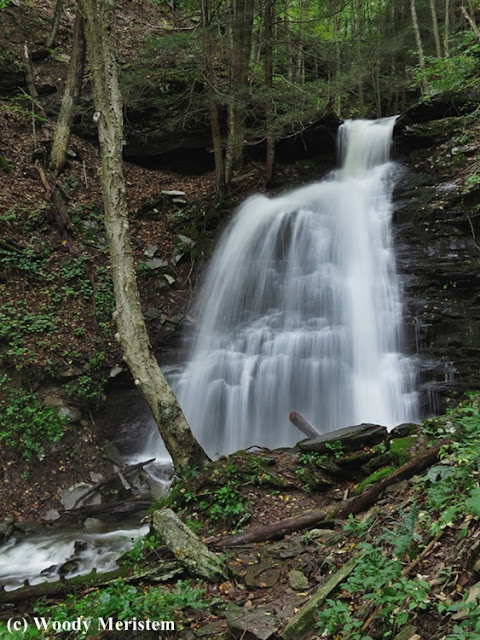 It’s easy to get to the base of this waterfall since there is no plunge pool, but the camera lens becomes coated with spray – 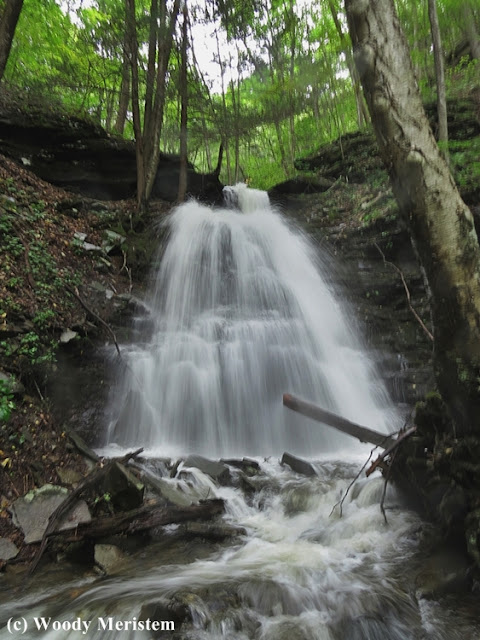 The next stream is Clay Mine Run – 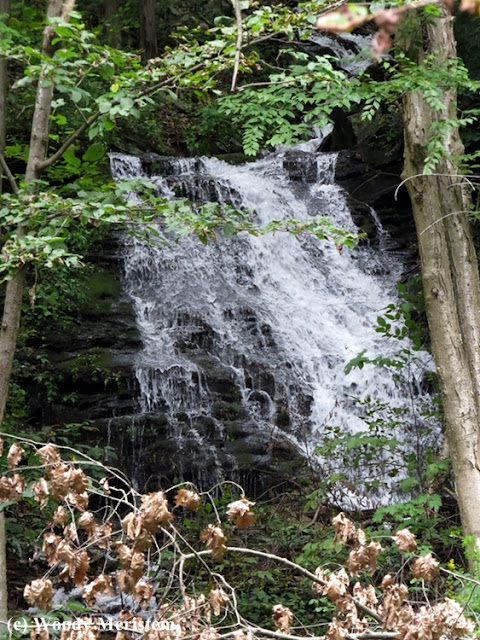 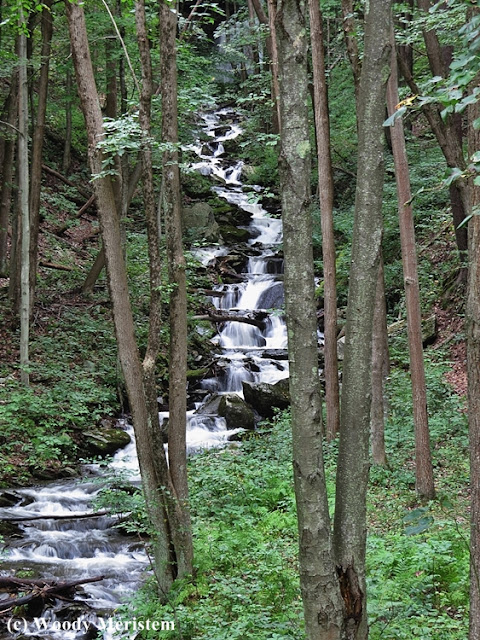 An old log slide climbs the hollow, however a portion has been washed out, crossing the wash-out involves a bit of slipping and sliding. A climbing rope that some kind predecessor had left in place makes it easier to get beyond the steepest and most slippery section which yields a sideways view of the highest waterfall in Benjamin Hollow – 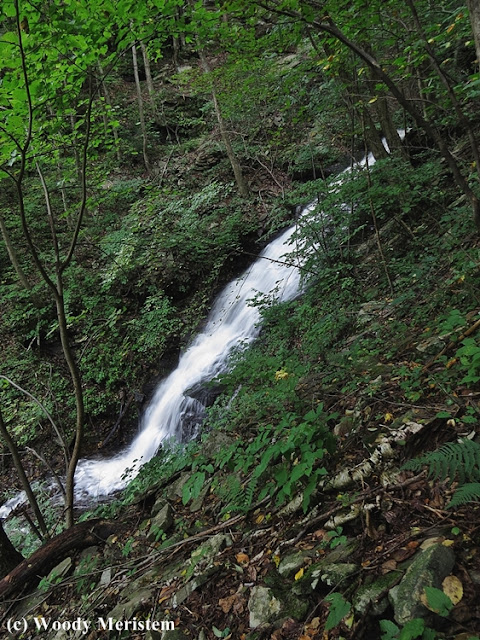 Above that is another waterfall – 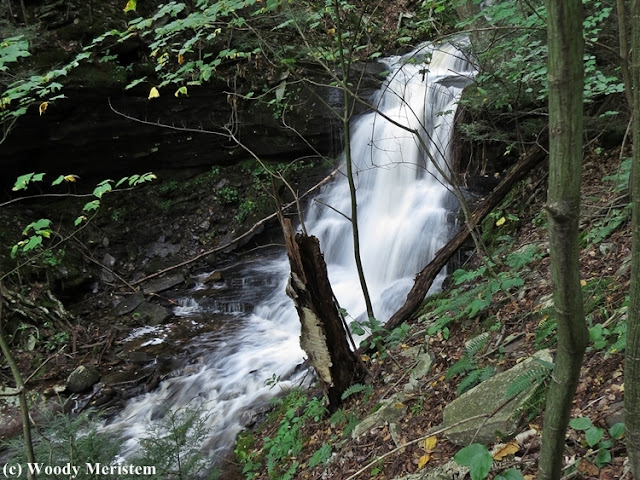 Further along is Pine Island Run, whose first tributary has a series of small waterfalls – 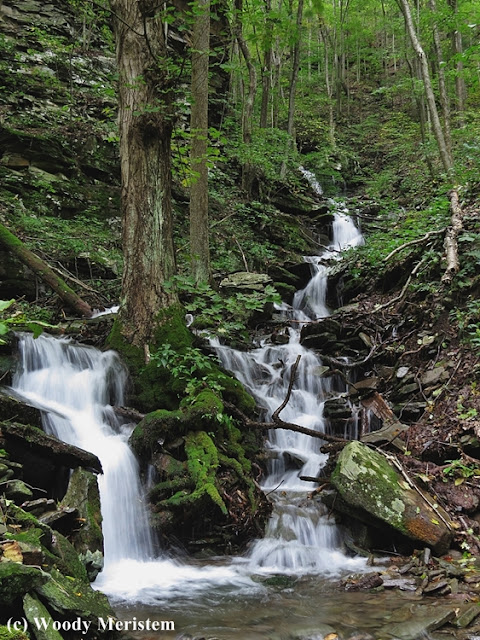 Pine Island Run is, in many ways, the prettiest of these four streams. It has several pools – 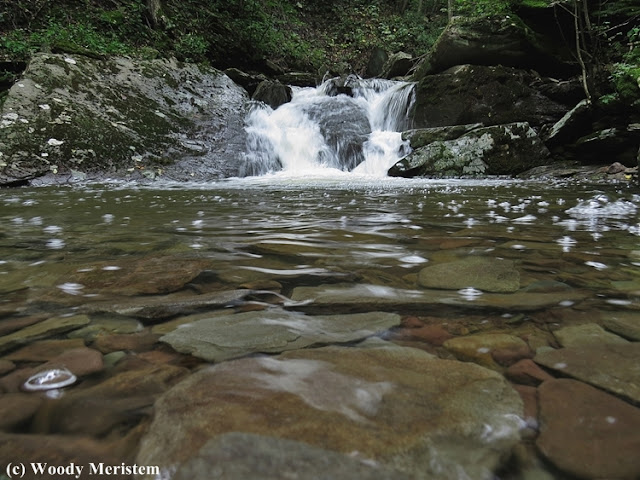 And a beautiful slide-type waterfall – 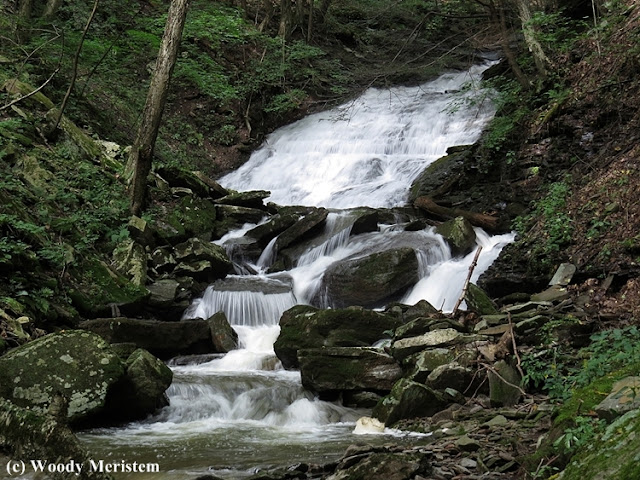 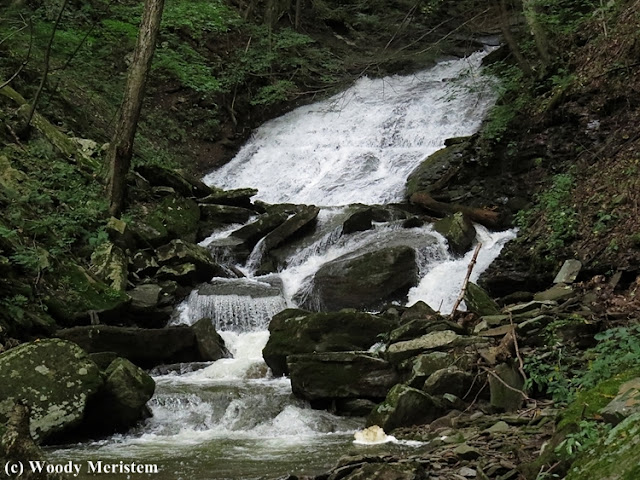 Some of the small cascades are especially appealing – 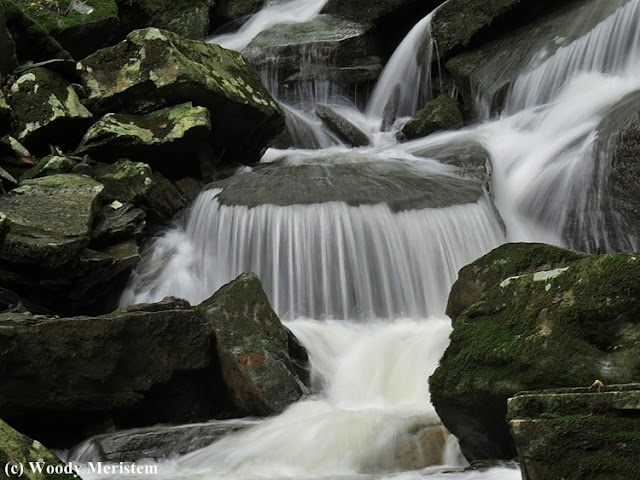 These aren’t the only waterfalls in the Pine Creek Gorge, some streams further north have even more spectacular waterfalls – but those will have to wait for another day.
Posted by Woody Meristem at 12:59 AM

Those waterfalls were spectacular enough! Gorgeous! Regarding the photos: yes, the longer exposure yields images that are misty and ethereal, but they look nothing like what we see with our eyes. I do prefer the natural look to the artistic.