Northcentral Pennsylvania had a very wet summer and now as fall begins it’s fungus time in the Big Woods. Very wet I say because over the span of two days in July we had almost 15 inches of rain at the house and in the course of 48 days in July and August rain fell on 27 days.

With all that rain came a tremendous crop of fruiting bodies of many species of fungus. Some of those are edible, some are deadly; some are a dull brown or tan, some are extremely colorful; some are quite large, others tiny. There are fungi that live on dead woody material, fungi that feed on dead (or even living) animals, fungi that break down dead leaves and fungi that live in a cooperative relationship with many green plants. 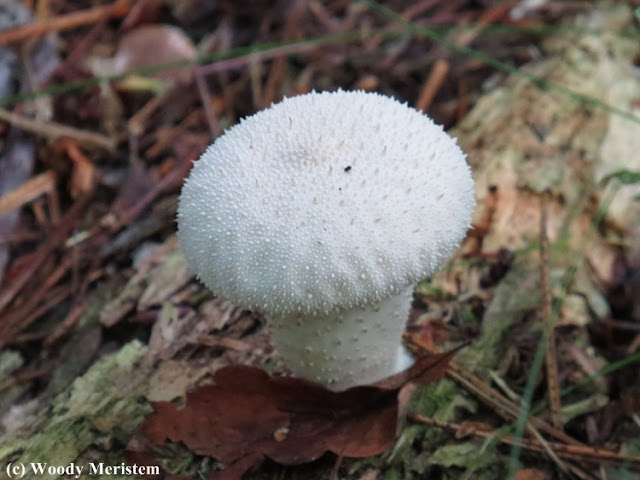 While we see, admire, eat, photograph or ignore the mushrooms and conks that are the fruiting bodies of the many fungi of forest and field, the great bulk of those fungi are out of sight in the soil, the trunks of trees or dead things on the forest floor. It’s only when conditions are just right that the fruiting bodies appear and release the microscopic spores that will colonize new sites.

Mushrooms are difficult to identify, with many species looking remarkably alike. Among the many field guides available, I’ve yet to find one I think is a really good guide to the mushrooms of the northeast – thus there are no names attached to these photos of some mushrooms that have appeared recently – 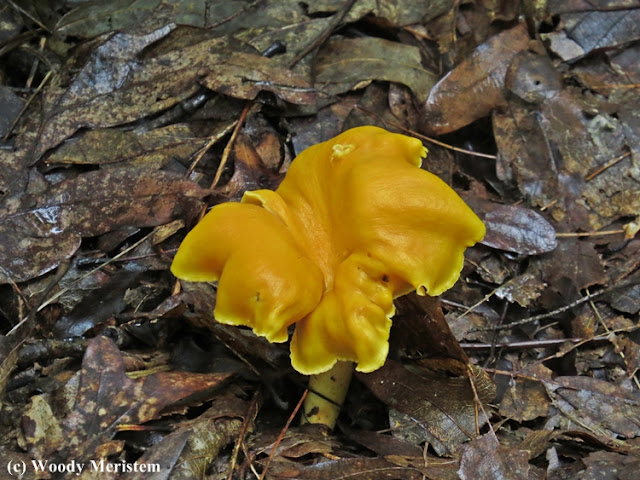 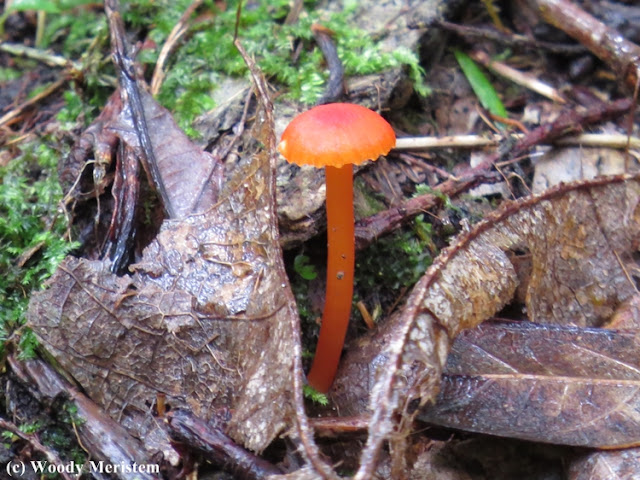 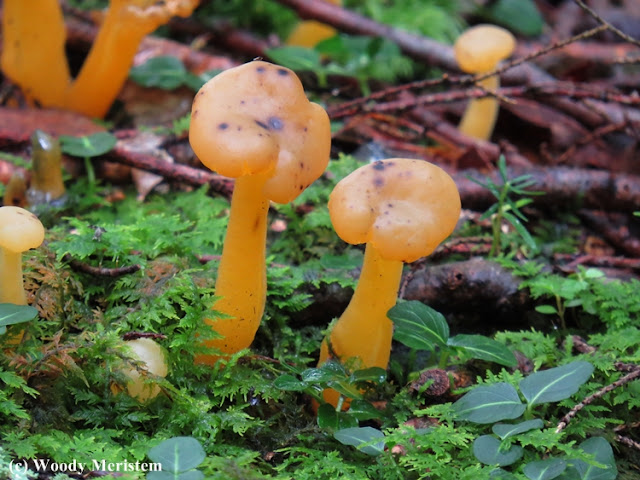 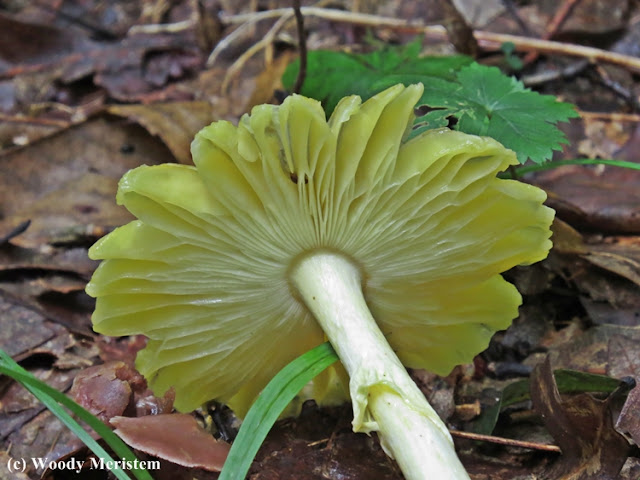 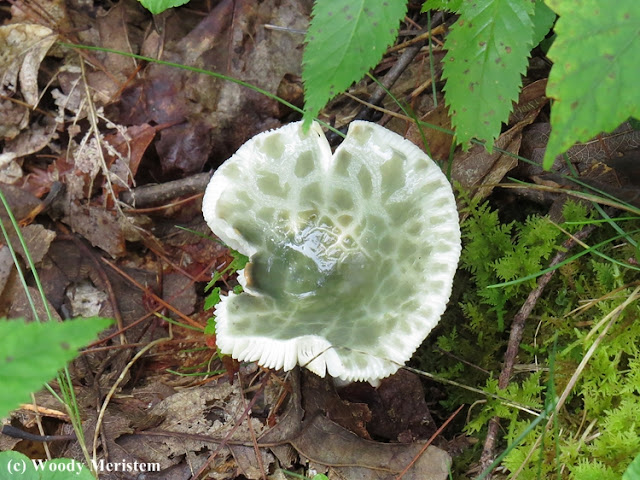 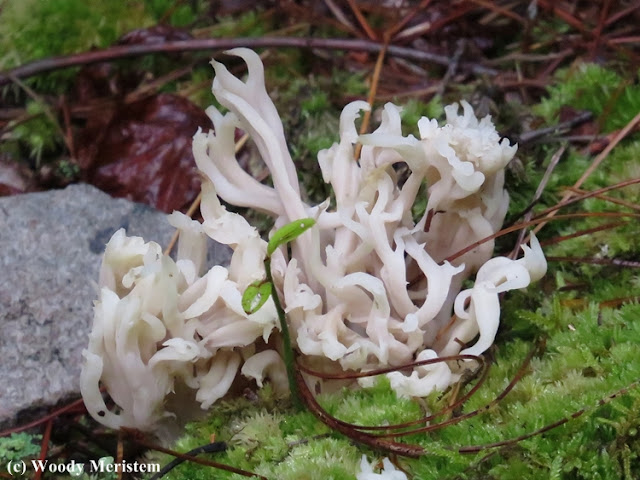 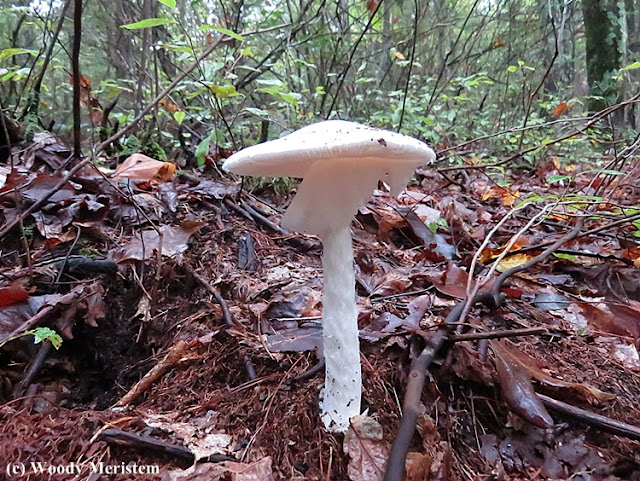 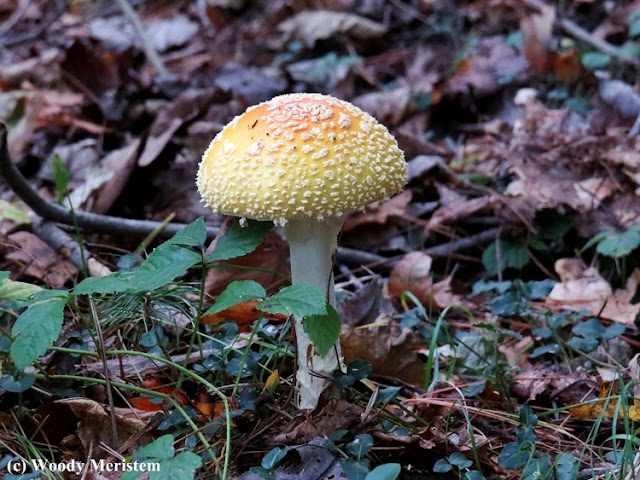 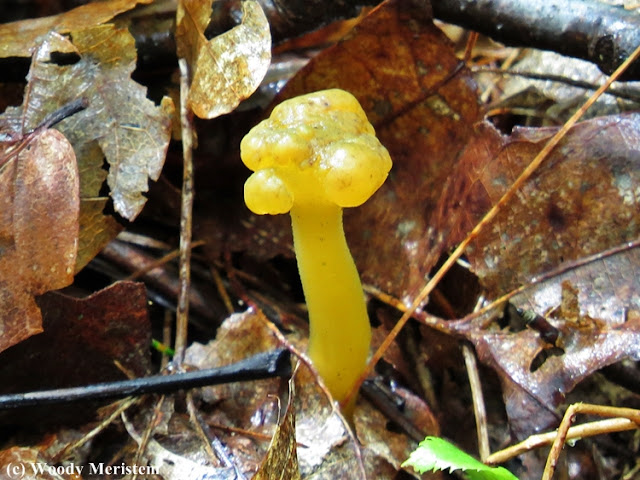 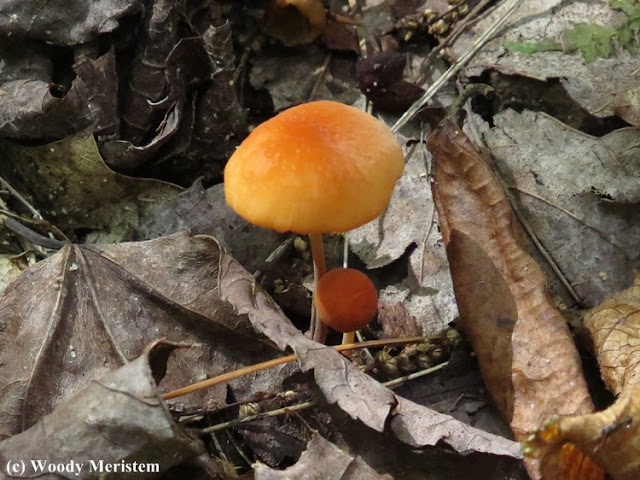 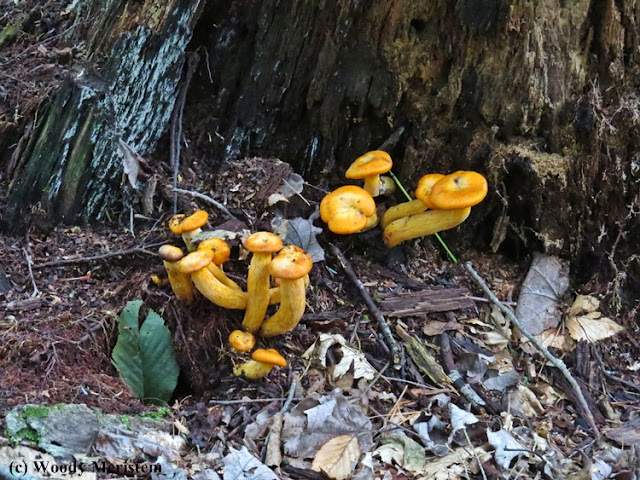 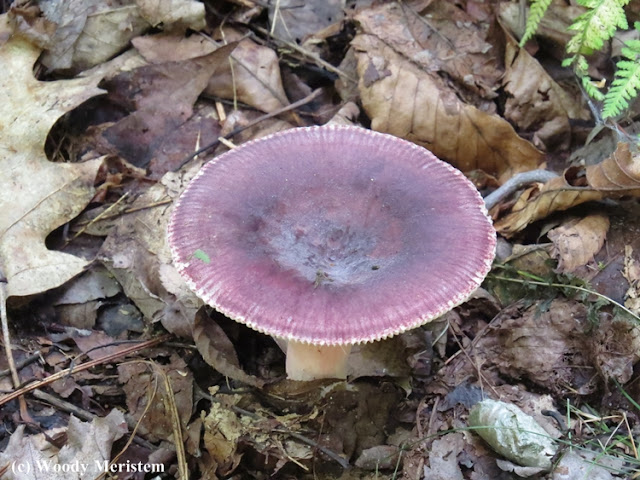 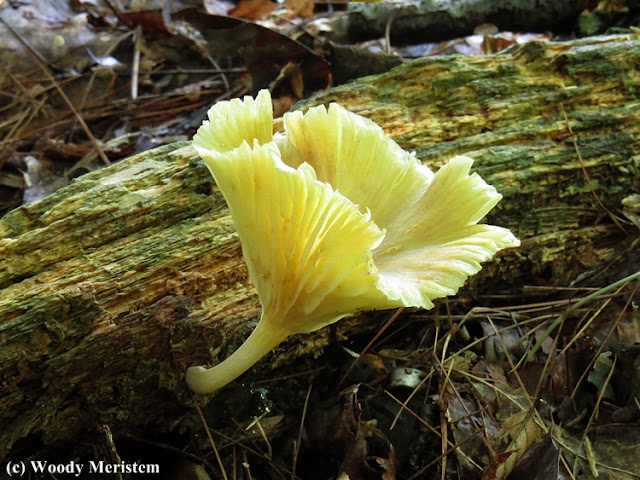 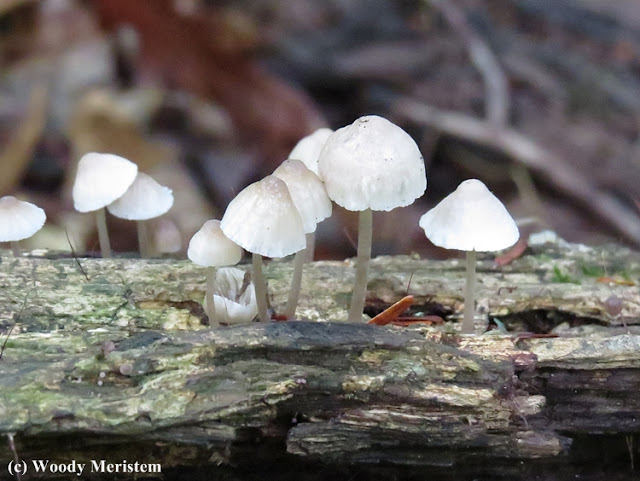 Many mushrooms are ephemeral things, appearing and disappearing in little more than a day or two – enjoy them while you can.
Posted by Woody Meristem at 3:30 AM

So many colors and shapes! I love a good mushroom year, and this is a really good one. I use both Audubon's mushroom guide and George Barrons's Guide to Mushrooms of Northeastern North America (or something like that) to help me close in on IDs. I can't always find a match, but I often learn new stuff about fungi each time I open the books.