Peregrine At The River


Twas the week after Christmas, when all 'long the river
Not a creature was stirring, not even a mouse.
The walk was unexciting ‘til we got near the bridge,
In hopes that the peregrine soon would be there.


A poet I’m not, so with apologies to Clement Moore, the author of the original, here’s the rest of the tale:

The day was gray and overcast with a stiff wind coming down the river as the three of us walked along. There were no songbirds to be seen nor any of the crows or gray squirrels that are usually active in the band of trees on the riverbank. So seeing a peregrine falcon in the riverside tree where they often perch was almost certainly too much to hope for.

However, as we got close to the tree we could see the shape of a large bird on one of the limbs. Closer still, we saw that it was a peregrine falcon feeding on something pinned beneath its talons. 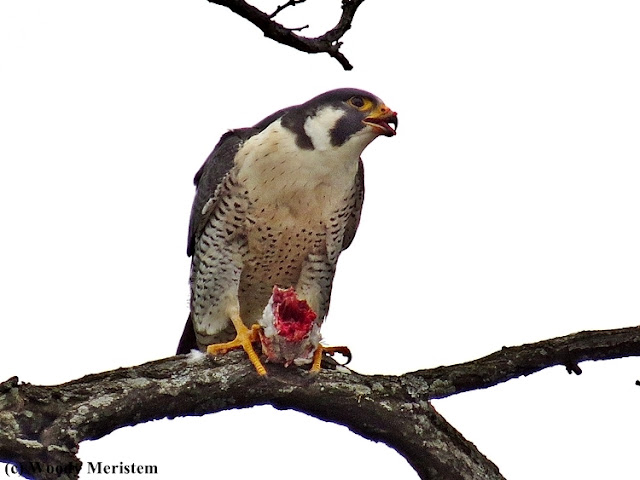 It quickly became apparent that the falcon was feeding on one of the pigeons that frequent the nearby bridge. The gray sky and strong wind made photography difficult; a short video shows the feeding bird amid tossing branches –

After watching the peregrine for a while we continued on our way. Later as we returned, there was not one peregrine falcon in the tree but two – 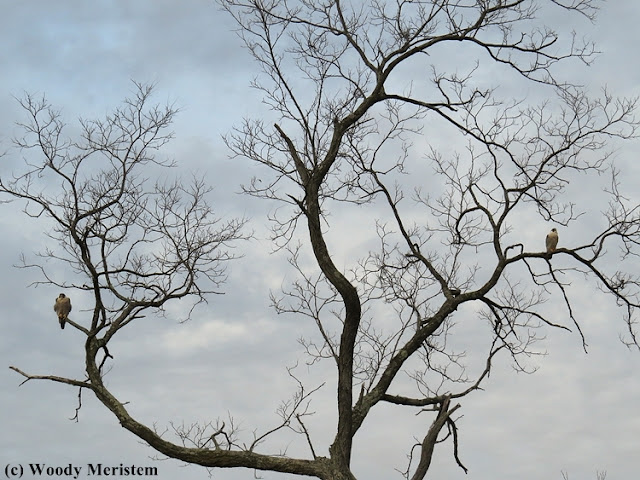 The bird on the right with the bulging crop, the one that had been feeding on the pigeon, is the male of the pair – 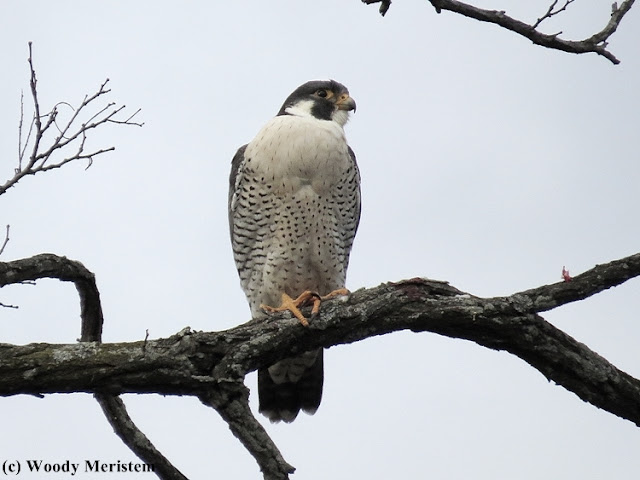 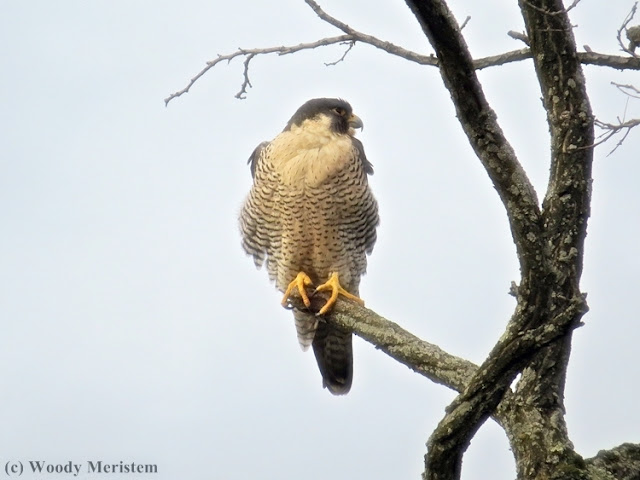 It wasn't many years ago when there were no breeding peregrine falcons in Pennsylvania, the population eliminated when DDT caused the birds to produce eggshells so thin that they wouldn't support the weight of an incubating bird. Thanks to the efforts of many people and organizations the birds are breeding here again.

It’s a source of continuing pleasure to know that a walk along the river will occasionally yield the sight of a peregrine falcon - or two.
Posted by Woody Meristem at 5:38 AM

Amazing to see so closely!

Hello, that was awesome to see two Peregrine Falcons together. Great photos and video! Thank you for linking up and sharing your post. Enjoy your day and the new week ahead.

These are fantastic shots of this beautiful bird! Great shots and video, too.