From The Bear Wallow

Last year I put a camera trap at a seasonal (vernal) pool, one of the kind that people in this area call a bear wallow. And bears certainly did wallow in the gradually drying pool to cool off during the hot summer weather. Photos from the bear wallow were posted here and here.


This year as summer returned I put a camera at the bear wallow once again expecting more photographs of bears cooling off. In spite of some hot humid weather no bears were photographed during the first month. Instead the cameras had captured photos of white-tailed deer – 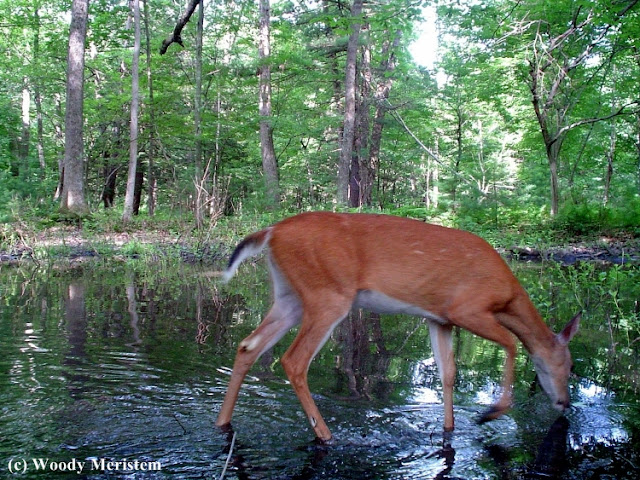 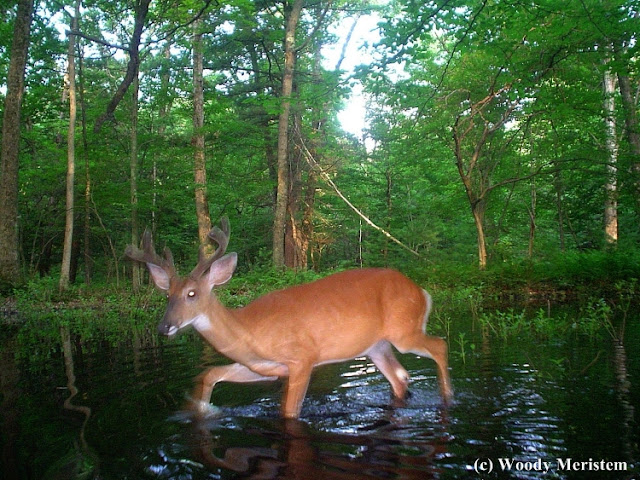 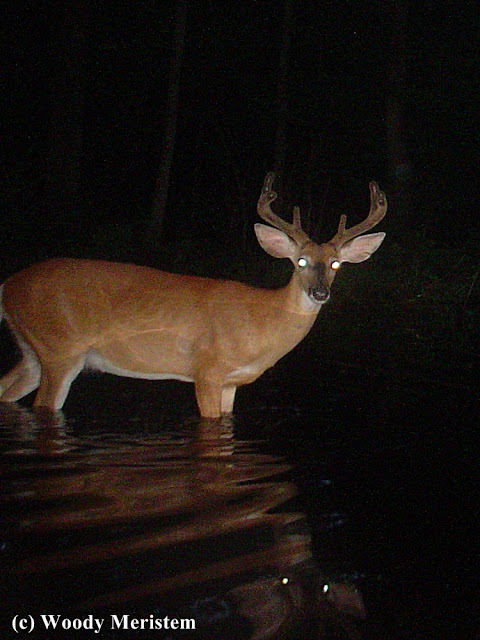 The late spring-early summer season was quite wet so the difference in the bear wallow’s water level between last year and this had been significant.

This year the streams were also high – is that the reason there hadn’t been any bears at the wallow, were they cooling off in the streams instead? Other camera traps in the area were still getting the usual number of bear photos, so it doesn’t seem the bear population has decreased.


Finally, after almost a month without rain, the water level dropped and bears returned. Do bears prefer shallow, muddy pools? 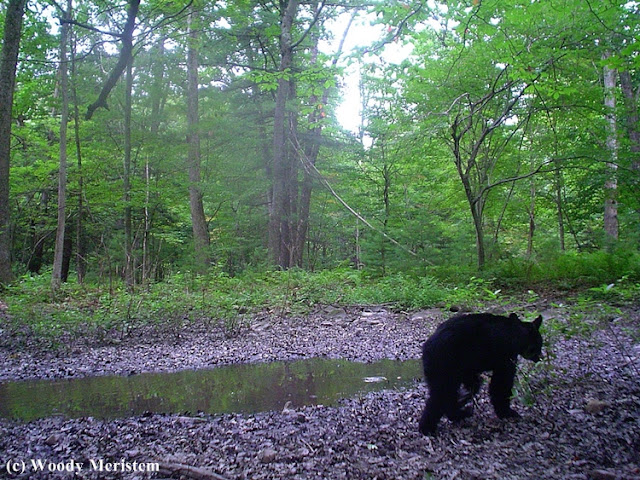 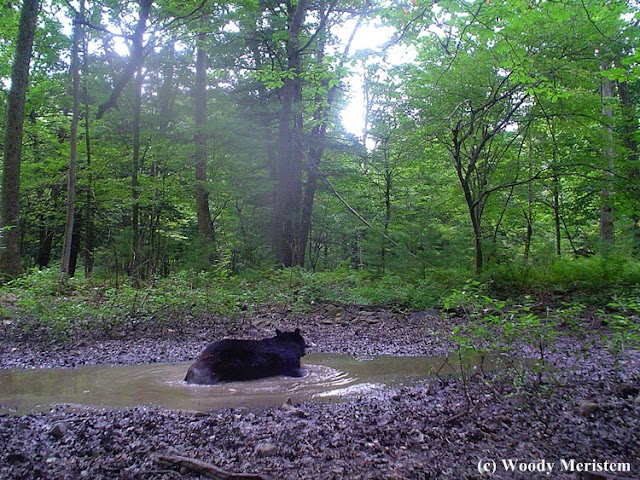 Where had they been and why had they returned when the level dropped? Yet another mystery from the natural world.
Posted by Woody Meristem at 6:12 AM

I think having a critter cam is so much fun. Maybe I should ask Santa for one this year. - Margy

Wonderful captures with your wildlife camera!

Hello, great images of the deer and the bear. The bear looks like it is enjoying the water. I am sorry I am so late commenting, I've been away. Thank you for linking up and sharing your post! Have a happy weekend!

so fun to see. thank you.