From The Camera Traps – December 2014

First some really good news -- the Pennsylvania Game Commission as announced that the Board of Game Commissioners has withdrawn from consideration a proposal to close its 1.4 million acres of State Game Lands to activities other than hunting or trapping during five months each year. Apparently the proposal was withdrawn due to the reaction it provoked. Unfortunately, the proposal or something like it may resurface at some point.

Now,  From The Camera Traps

After the hunting seasons for deer and bear ended and there were fewer people roaming about, I put several of my camera traps back out in the Big Woods. A month later it was time to check on the pictures the cameras had captured and replace the batteries.

The cameras hadn’t gotten many photos and, unfortunately, there were no pictures of bobcat, coyote or fisher. But some white-tailed deer and black bear had their pictures taken – 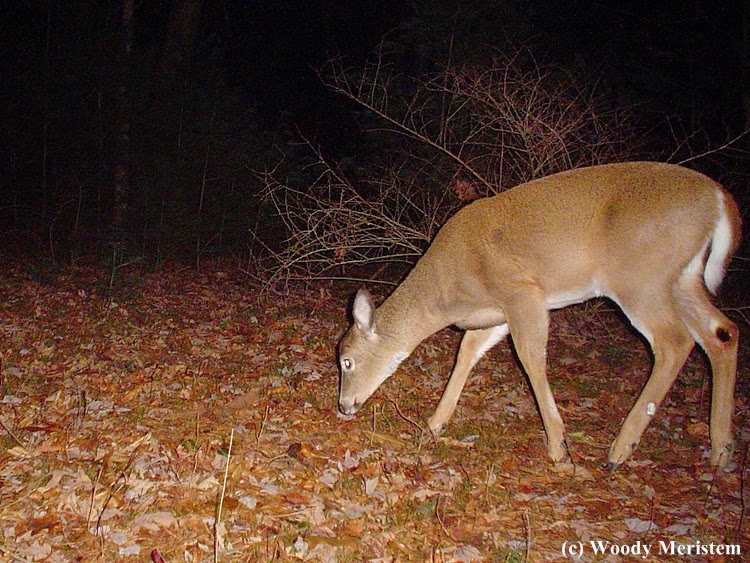 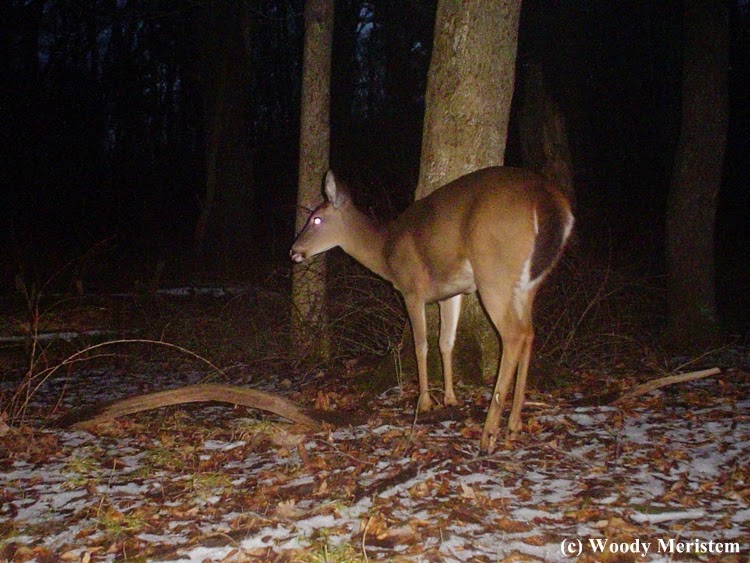 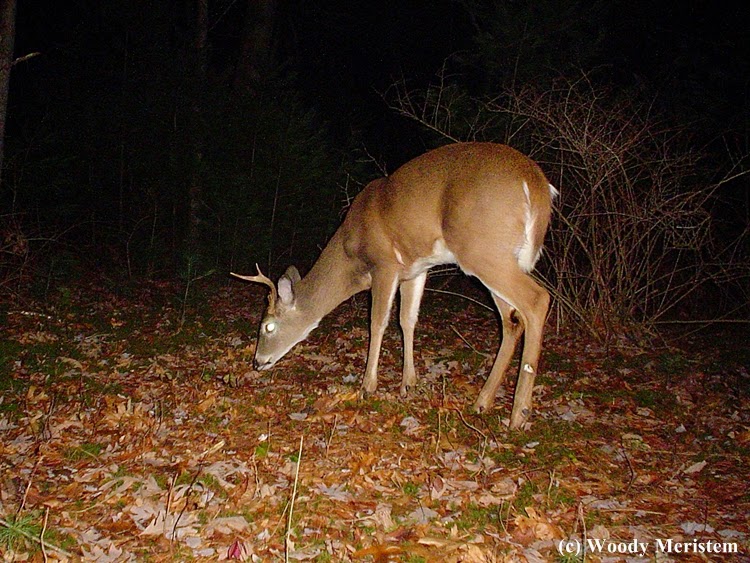 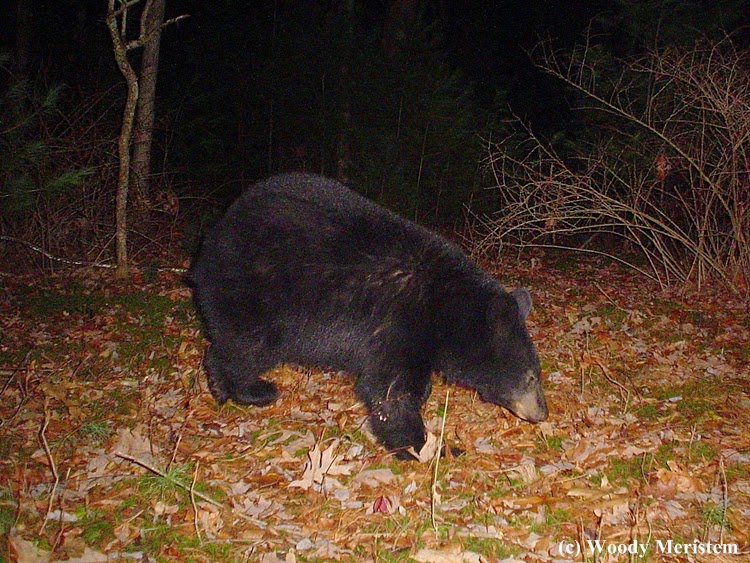 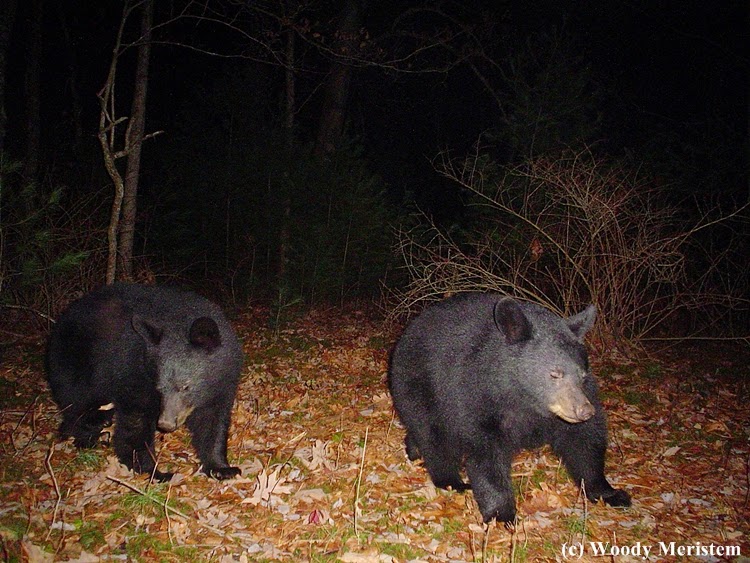 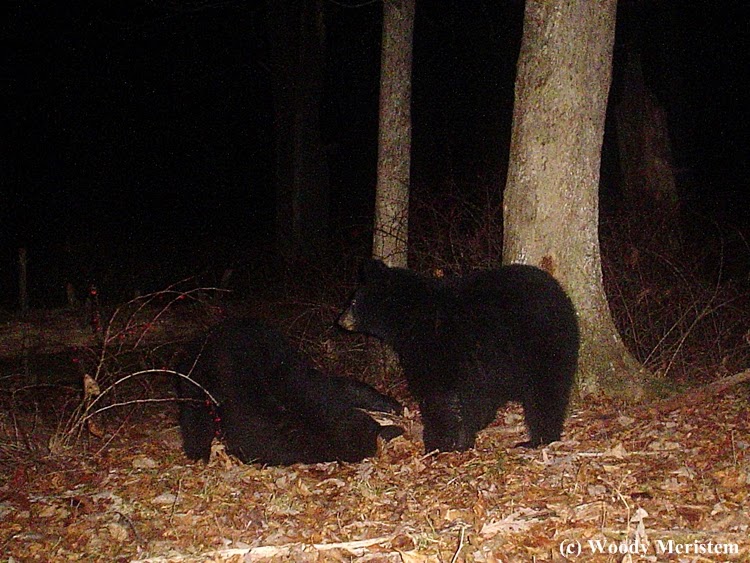 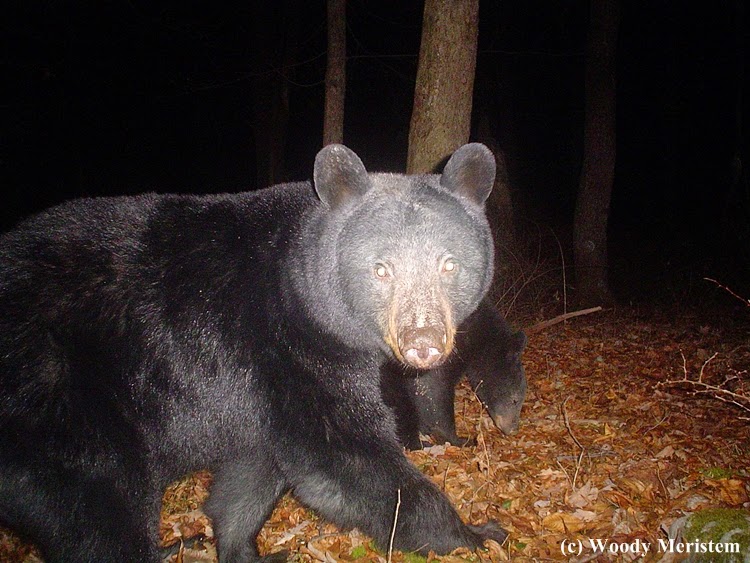 Checking camera traps is a bit like opening Christmas presents – sometimes the contents are a bit disappointing and sometimes they’re a real treat.
Posted by Woody Meristem at 1:46 PM

Couldn't agree more about Xmas and camera trapping. You got some presents this time. As for the proposed restrictions on state game lands, it was stupid and near-sighted proposal.